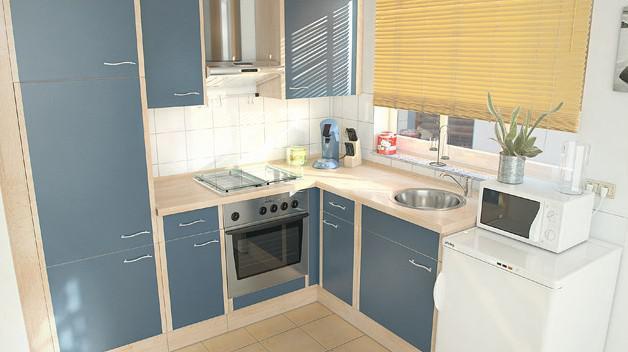 First of all I want to introduce myself, because this is the first tutorial I've ever done. My name is Arvid Schneider and I have been working with 3D applications for almost 6 years now. I started with 3ds Max and after two years I changed to Maya because it was the university standard I had to adopt. To be honest, I didn't learn anything new at the university (not because I know everything; because the university was really bad), so I had to train myself. My aim is always to achieve photorealistic results, first with mental ray and now with V-Ray.

For my final university project (my BA studies) I wanted to do something special in 3D. The aim of this render was to create a survey mixed with several kitchen interior photographs, where architects, photographers and interior designers had to choose which of these images are CG or photographs. After the analysis of the survey I had to prove that it is possible for any 3D artist who is not working as a professional to create a photo-real rendering. The BA topic got approved and I started with this project, which had to be finished within 7 days.

In this tutorial I'm going to be focusing on shading, rendering and lighting the scene.

To get an accurate lighting result I first had to look at some reference images to see how the lighting works in an interior scene (Fig.01 - 03). 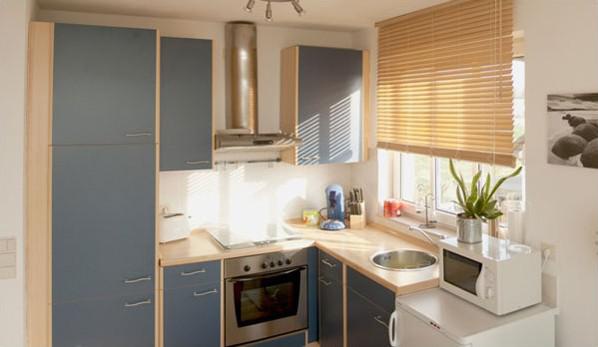 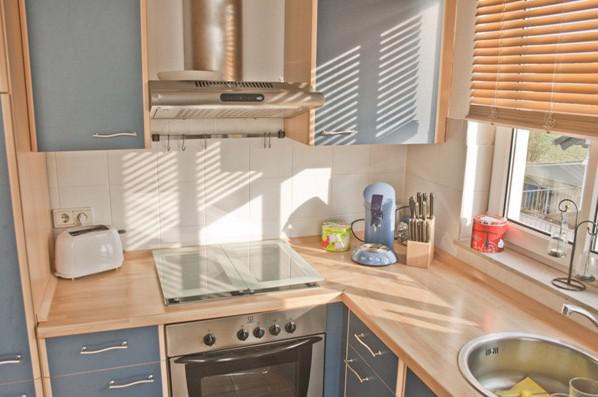 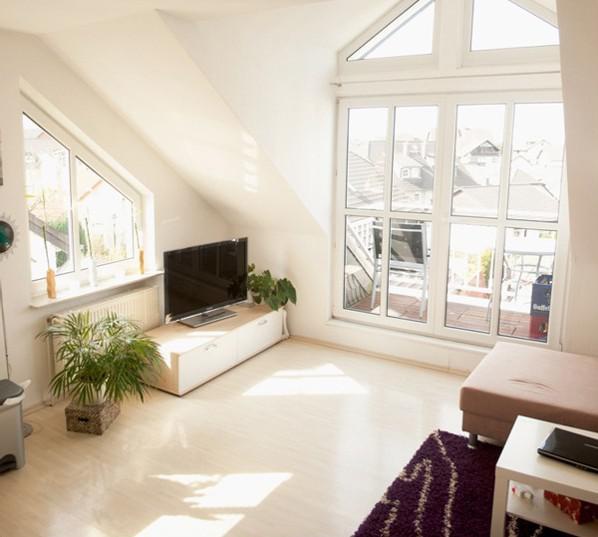 I took all the photos with a Canon camera and shot in RAW format. It was important to get all the information about the location, so an accurate scene could be visualized. Another very important aspect is that I shota 360 degrees panorama and used several different exposure settings to get the complete light spectrum. Afterwards a HDR image was created, which I used later on for an environment GI, Reflection and Refraction map in V-Ray.

I started out with the blue material. A noise texture was created in Photoshop, and the rest was done in Maya. I changed some parameters the way my "gut-feeling" told me was right, and with some trial and error I got a result that I was happy with.. The important V-Ray material settings look like this (Fig.04a - d). 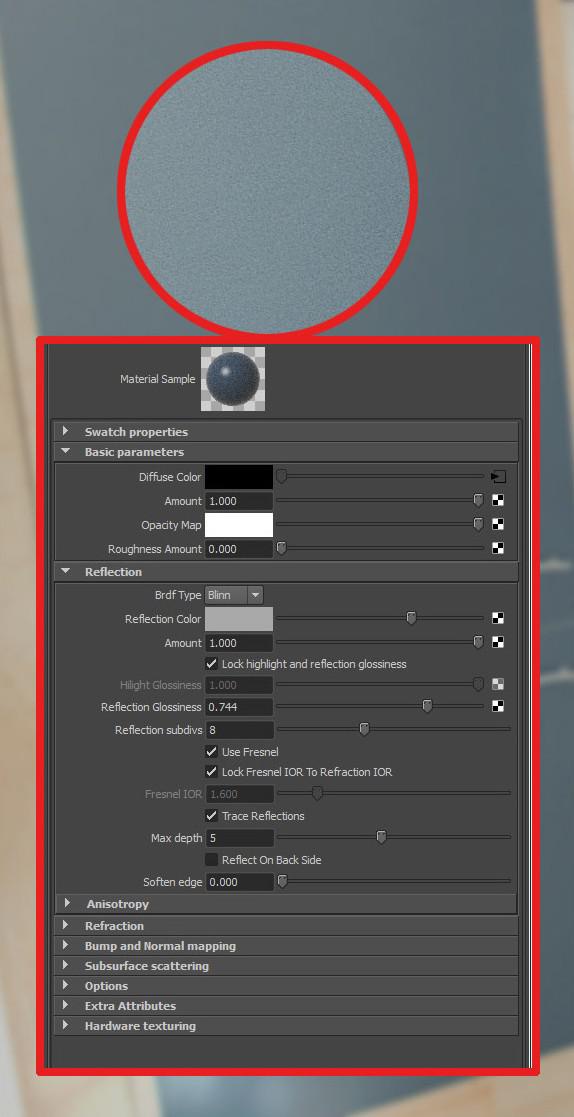 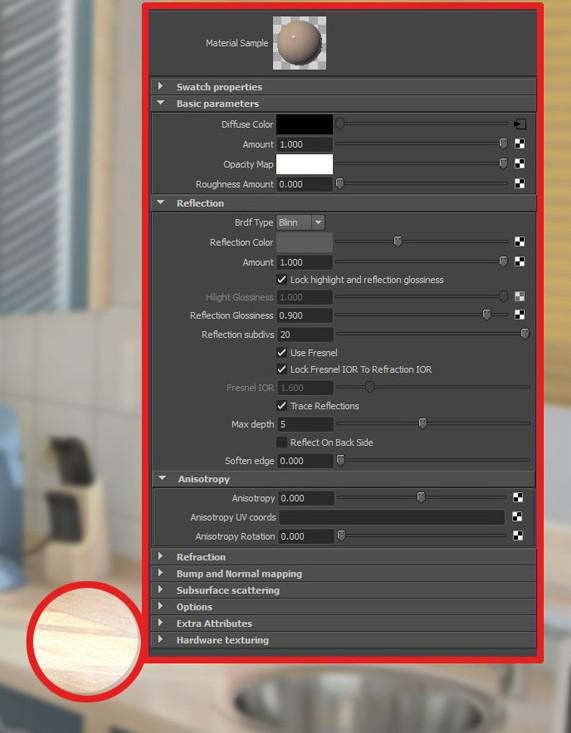 I always finished one shading group completely and then went over to the next part. Of course I didn't do the test renders in full render settings. All the time-consuming parameters like reflection subdivs, antialiasing, render size, irradiance map preset were turned down to get fast, almost interactive results.

The render settings are very important parameters but I will only talk briefly about them. In V-Ray GI (Global Illumination), Reflection and Refractions maps were setup under Environment in the V-Ray tab. Here the HDR image which I had created from the 360° panorama was plugged in. It was also used for Reflection and Refraction maps to get accurate results.

When a V-Ray Sun is created the image is most of the time over-exposed. To compensate for this, under the Color Mapping tab in V-Ray I changed the type to "HSV exponential", which computes the light color differently. In the same tab, I changed the Gamma value to 2.2, which shows the actual light settings that are rendered on the monitor (Fig.05 - 06). 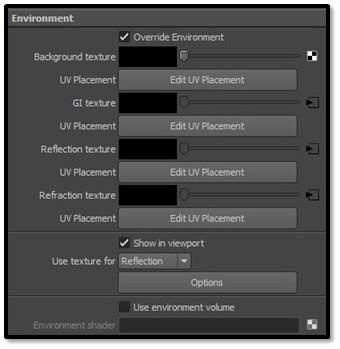 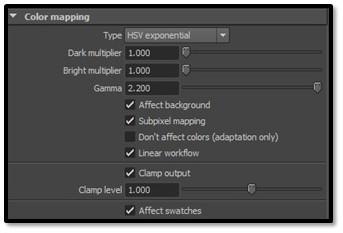 In the Indirect Illumination tab the only thing I changed were the Irradience mapsettings. To change these parameters you have to be sure that GI (Global Illumination) is turned on.

After all settings were more or less final, I rendered out a pre-final image. I imported it to Photoshop and did some simple color correction, played around with exposure, sharpening filters, vignetting, camera distortion, grain, chromatic aberration etc. When I was happy with everything, I re-rendered a full resolution image, composited it again in Photoshop and exported it (Fig.07). 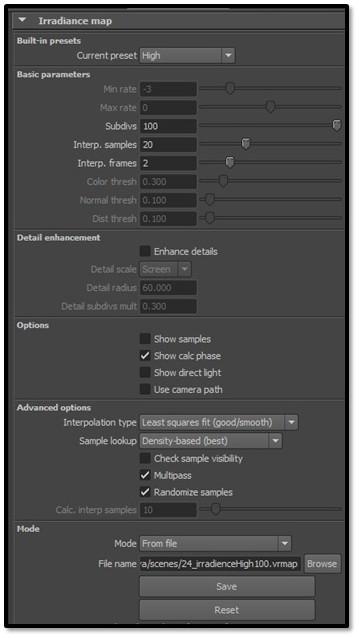 This is the main part of the lighting tutorial, where I will explain which methods I used to achieve the result. After looking in detail at the real-life scene I came to the conclusion that only two light sources were needed. Because V-Ray works with physically correct attributes it should therefore be possible to achieve a good, realistic result.

The first light source is a direct light. It was created within the V-Ray render settings and called "VrayGeoSun". It is responsible for the sharp shadows that come from the window blinds. To get the accurate position of the shadows it is very important to get an identical scene/model size, so the shadows fall accordingly.

In the direct light settings the light position was acquired from the correct time and date settings when the photo was taken. Therefore the light angle and intensity were the same as in the photo.

Keep in mind that you have to alter the shadow subdivisions to about 32 when rendering the final image. For test renderings I kept the value at 8 (Fig.08). 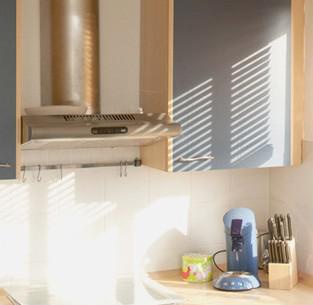 The second light source is used as an environment light, which is responsible for the white light reflections that fill up the room. It is a simple VrayRectlight, with a white light emitting.

When positioning a light, keep in mind that the arrow of the light flows in the scene, and when altering the size of the light never scale V-Ray lights because it destroys the physical correctness of light. Rather, change the light size with the U and V parameters in the corresponding light settings. With the shadow subdivision it's the same with the direct light, only set them to 32 or even 64 for the final rendering. In hand with the VrayGeoSun, a VraySkyis created which gives a realistic sky reflection in the rendered scene (Fig.09 - 10). 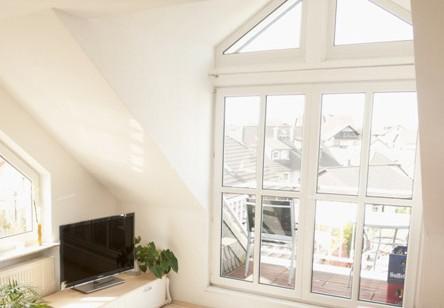 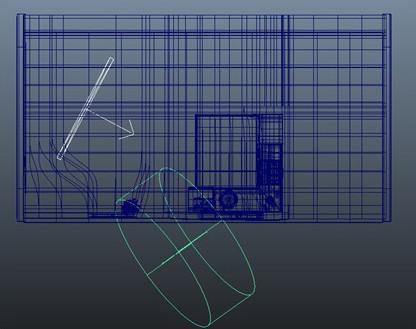 After the two light sources were placed, the position was locked to ensure no accidental movements. Here is the first test rendering (Fig.11). 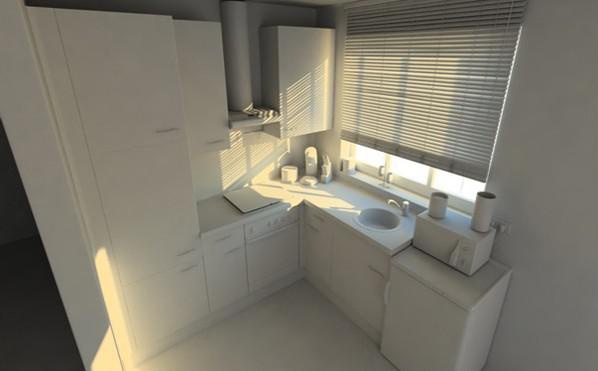 After the test rendering all the shaders were assigned to their corresponding mesh (Fig.12). 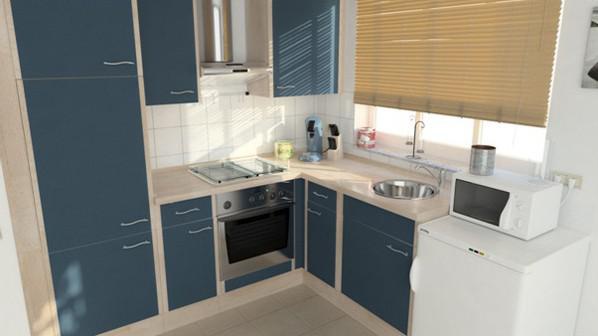 I wasn't quite happy with this result, because it looked a bit too dark. So in the light settings I changed the light intensity and color, and with a lot of trial and error tweaked the shaders until I was happy with the rendering (Fig.13). 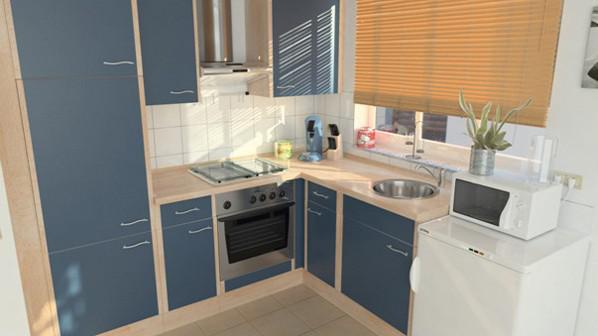 The image was composited in Photoshop, where some distortion, color correction and other effects were applied. If you like to see a full resolution of the final scene have a look here (Fig.14).

I hope you have enjoyed reading this article and looking at my workflow. This scene is a very simple scene and the modeling part was done really quickly. Shading takes time, because of all the test renderings. I managed to get this scene done within seven days, where each day was an eight hour day. It just shows that it's possible to create some nice renderings in a small amount of time. So please keep on doing what you are doing and model, render, expand your portfolio, improve your reputation, and finish projects. I know it is hard, but if you started a project, finish it!

If you have any specific questions regarding the workflow or any other question please write me an email and just ask.