How to make an Alien

Character artist, Naghi Hamidi, takes you through his ZBrush workflow for creating a robotic alien...

In this short making of I will explain my process of creating a detailed humanoid robotic alien; I will take you from concept to final render.

I wanted to design a creature made of connected parts that potential can transform. I started sketching in Sketchbook Pro, it is a great graphics software from Autodesk. There is a free version as well as a paid version. 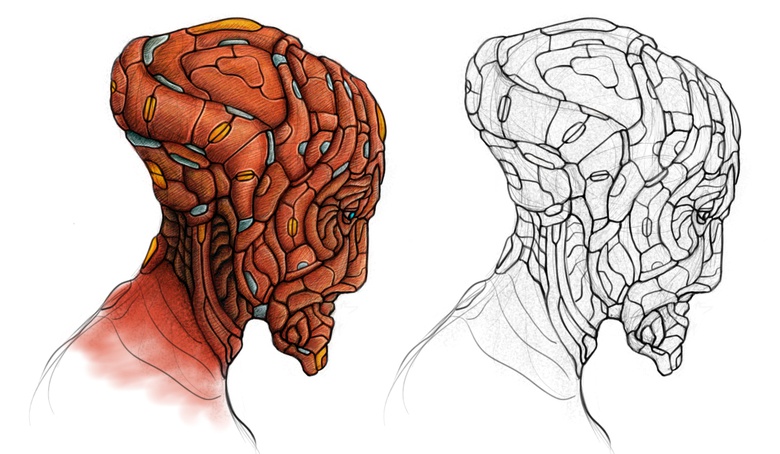 In ZBrush I started with a ZSphere, switched it to DynaMesh, and started to block out the shapes. I mostly used the Move and Clay Buildup brushes, but I was not happy with the result based on the concept. I wanted the character to be powerful and serious so I decided to push the design and make some changes; I made it more complex. It was quite a challenge to figure out the shapes and connect all the pieces together. 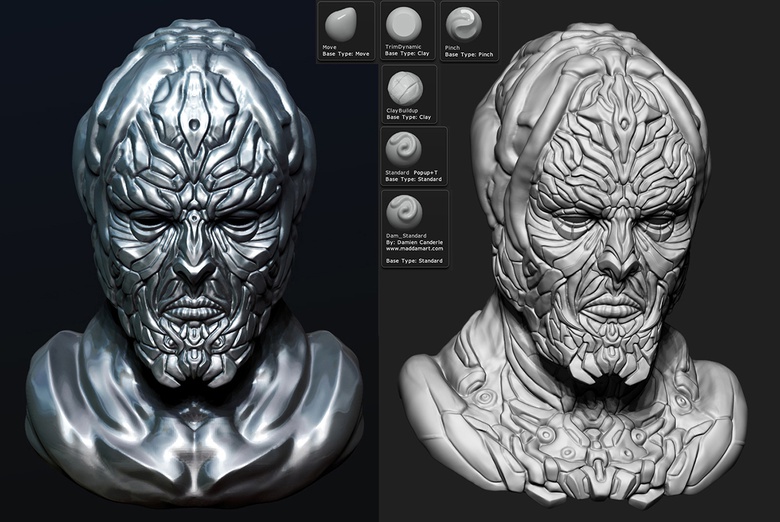 The initial sculpt (left) and the final sculpt (right)

I added more details to the bust which meant that it became harder to work on and took me a lot of time to get it all done. I used the Dam_Standard, TrimDynamic, and Pinch tools to get all the intricate details and interconnected pieces. I also combined different alphas to make interesting features on the character. I found these step lots of fun and had a great time working out all the details. 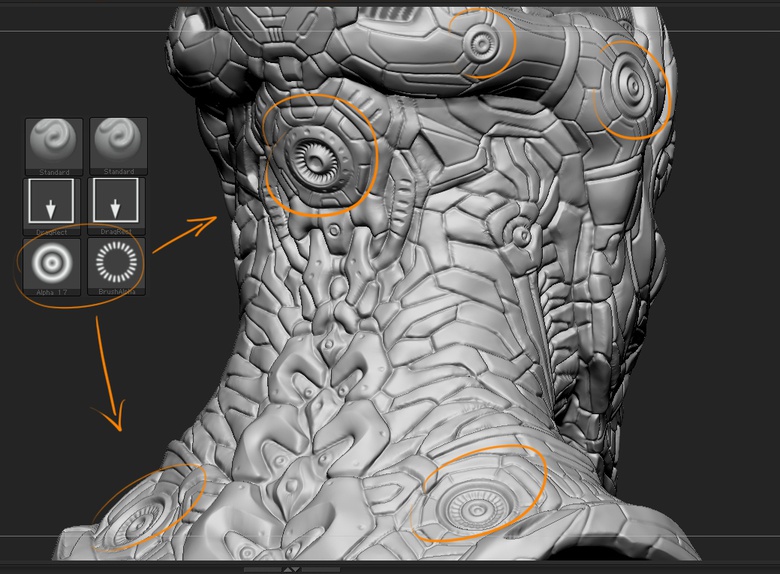 For the eye I used a sphere in the ZBrush LightBox rotated it a little bit to the side, then used the same alphas from the previous step to make the lines and cuts to give the appearance of an iris and pupil. After that I masked and polygrouped the parts I needed, then under the alpha menu selected the Modify SubPallete to adjust the alphas. 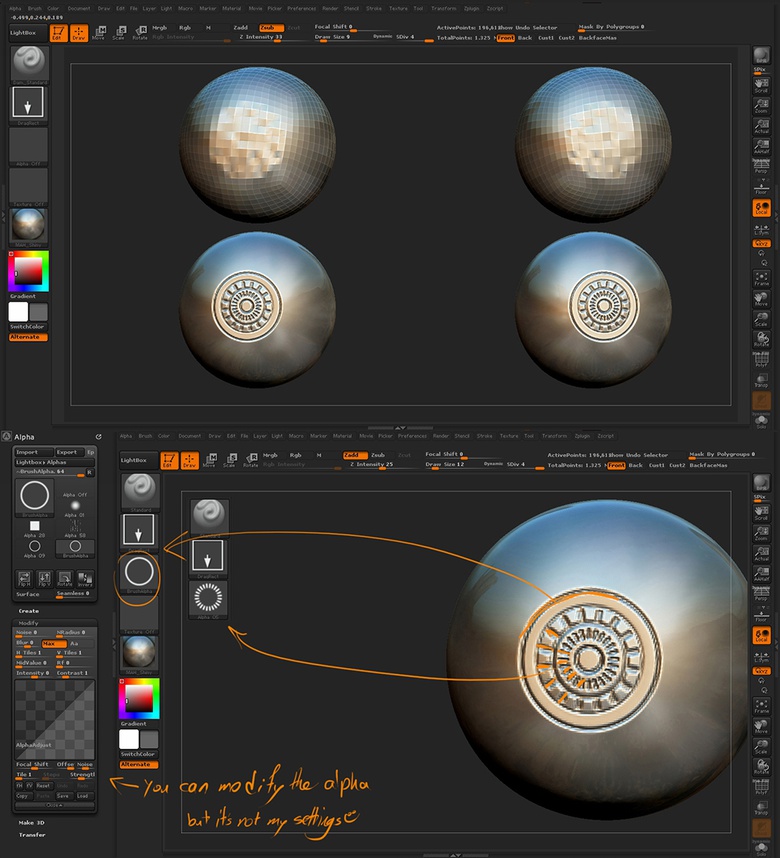 In order to have a nice and sharp edges I polygrouped every piece of the bust and used the panel loops function with more affect on specific parts. After that I polished the surfaces and used TrimDynamic brush for hardening the pieces. Then split the parts I needed them as light, decimated the object before sending to KeyShot. 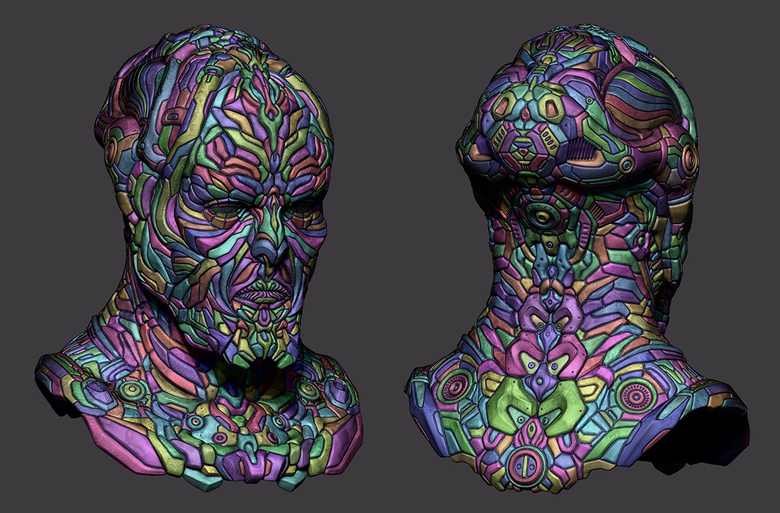 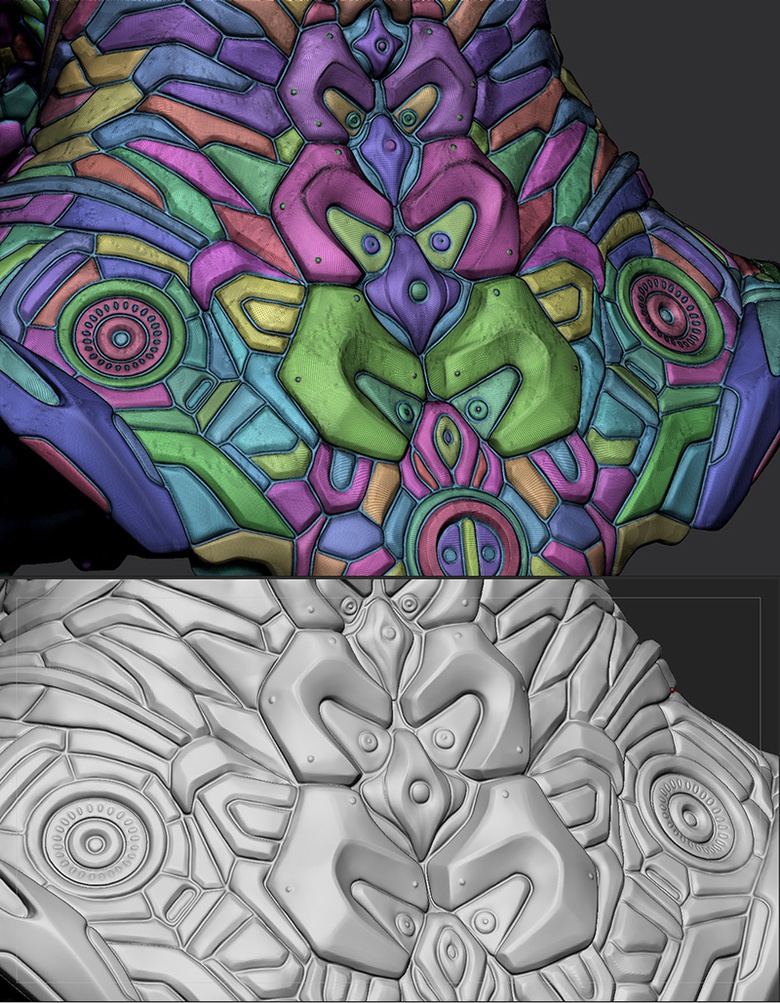 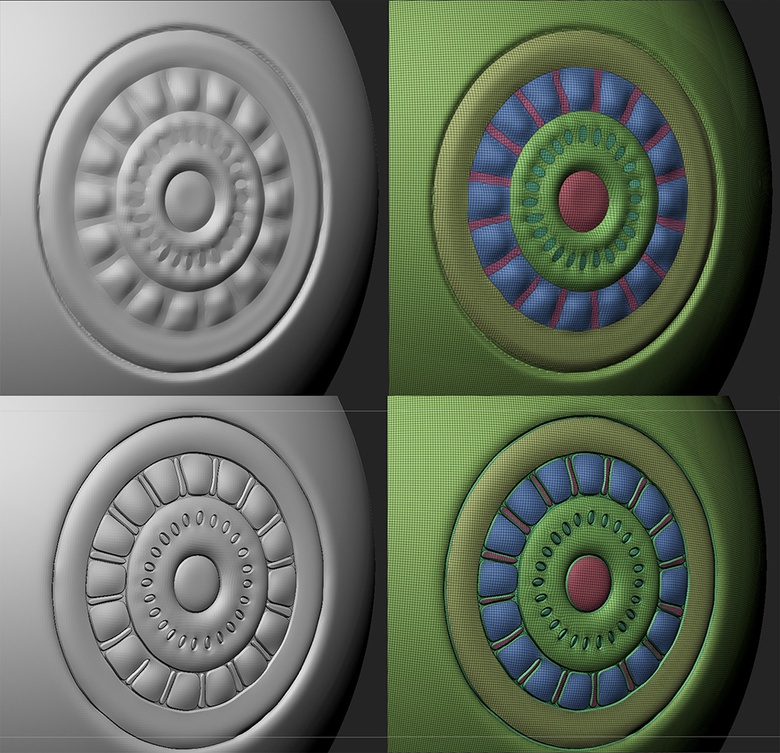 The new KeyShot bridge will send your model straight head to KeyShot just by pressing a button. I painted the bust with different materials in different HDRi lightings and exported the renders to Photoshop for compositing. For the background and the effects I found some sparkles and lens flare via the internet. However I originally thought that a red and fiery atmosphere or a dark background where the head appears within would be exciting but in the end I decided on a dark blue background. I hope you have found my workflow useful; any comments are welcomed. 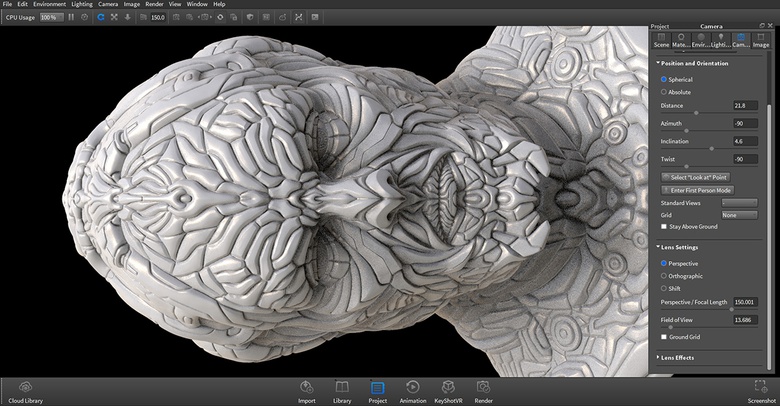 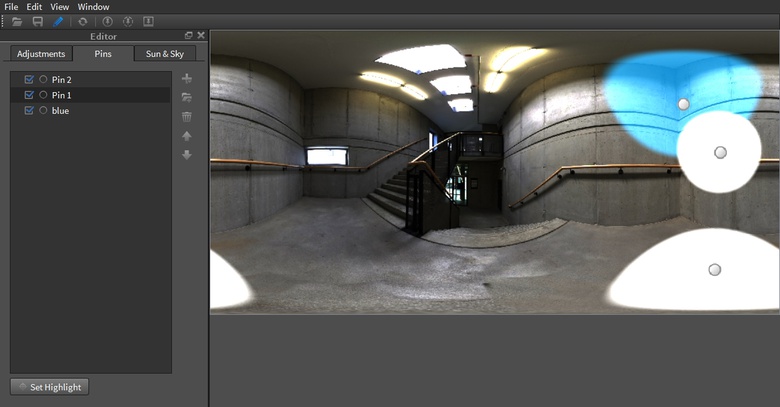 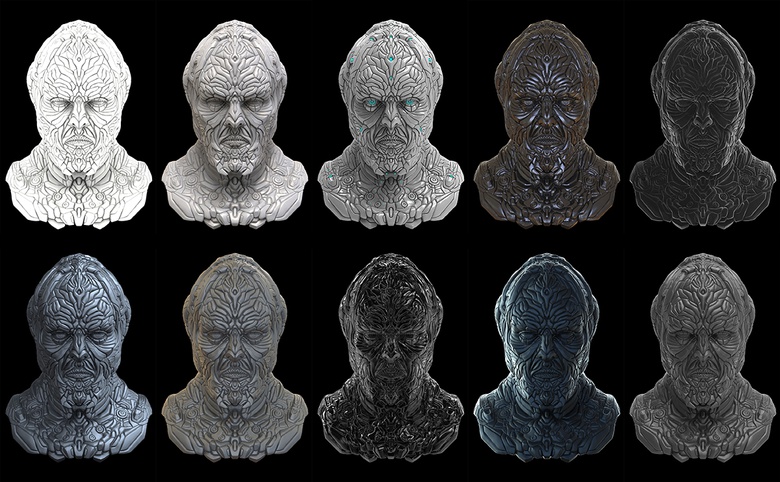 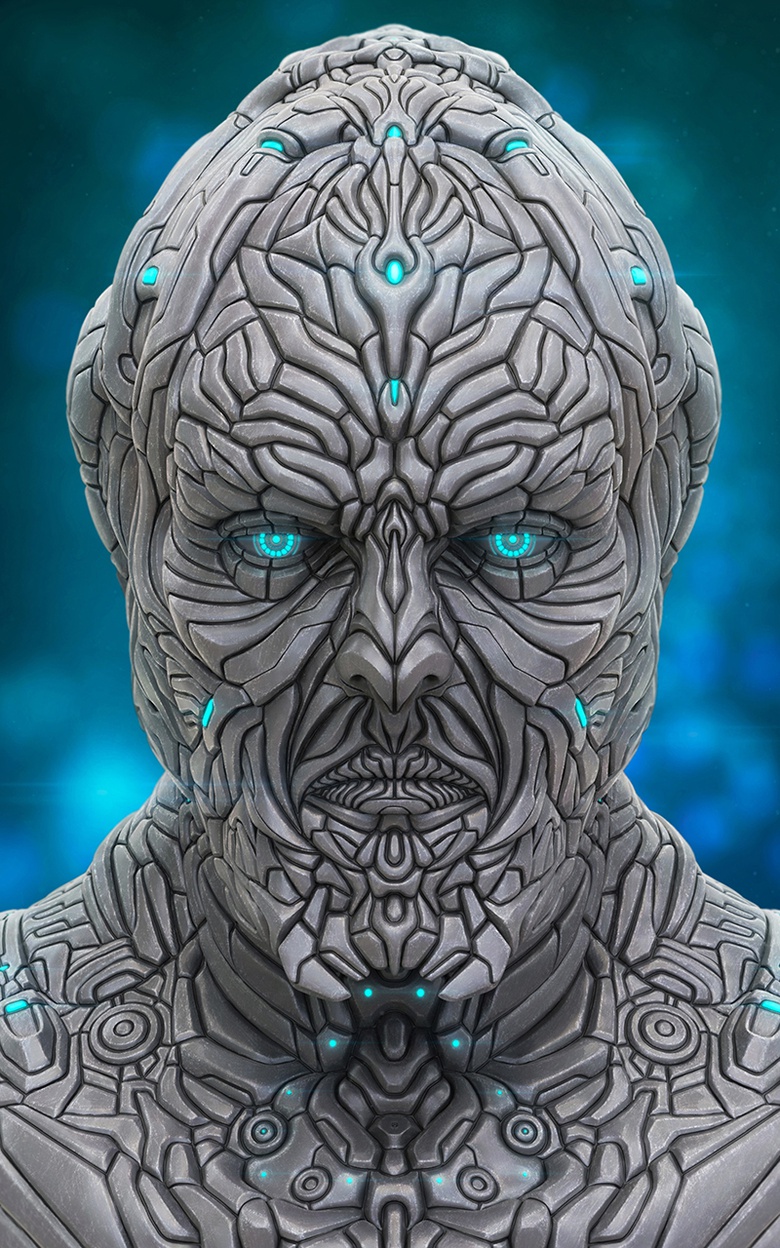 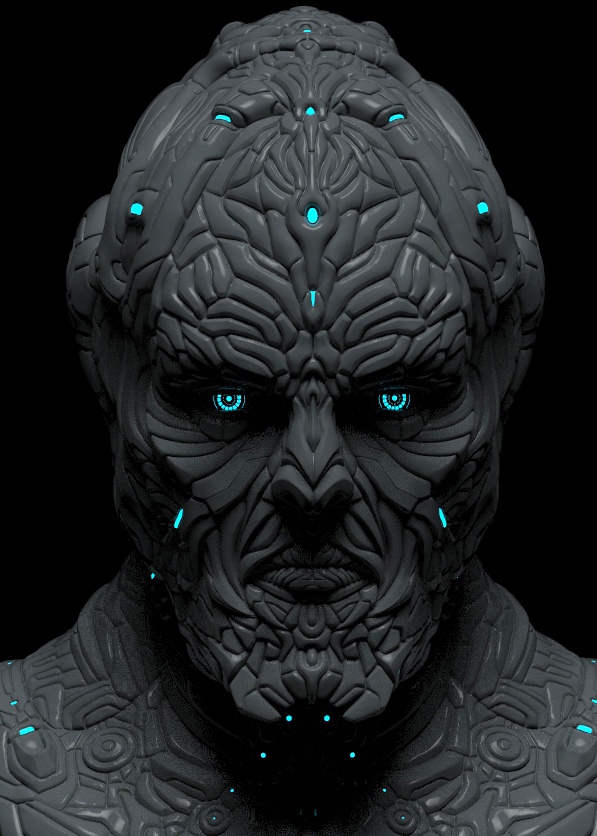 To see more of Naghi's work check out his portfolio
Submit your work to 3dtotal
Feeling inspired? Grab a copy of 'Book Title' today!