Generate a character evolved for the Arctic

Take a sneak peek of a chapter from the Designing Characters for Environments in Photoshop eBook...

The idea behind this tutorial was to design some characters that look as though they had evolved to survive in an arctic climate where conditions were extreme.

Obviously the environment was a determining factor and would dictate many of the decisions with respect to the costume design, but alongside this were the cultural issues which would also have an impact on their appearance.

Because polar regions prohibit the growth of crops and food stuffs that other parts of the world take for granted, it does mean that the inhabitants rely mainly on meat as their primary food source. This type of environment has a very limited number of resources and as such, the people there have evolved to hunt for food, often requiring them to travel long distances in harsh conditions.

Undoubtedly the cold is perhaps the greatest threat and therefore this was a key consideration when designing the clothing.

The indigenous people needed to be able to survive for lengthy periods whilst navigating ice flows and freezing water and so their clothing needed to reflect these factors.

The first stage in the process involved doing a sheet of thumbnails exploring numerous ideas and designs. In many ways, this is the most important part of the design process as it sets a precedent for the final concept. Although the concluding design may deviate from the preliminary sketches, it generally reflects many of the initial decisions and ideas. Generally my finished concept is an amalgamation of various aspects taken from different sketches.

Starting on a small scale by creating what is termed "thumbnails" is useful to quickly draw as many figures as possible. It can either be done in line or alternatively you can opt to draw in silhouette fashion, which is equally valid. Sometimes the shape of an object is more descriptive than the culmination of details and so working in this way can open your mind to different interpretations and help you to see things unimagined.

This can be approached using a group of random marks and brush strokes, which are then "hewn" by way of the eraser to approximate the shape of a character. Once this is established you can then go on to flesh out the details or draw in the line work.

Fig.01 shows an example of how two characters can begin as silhouettes and then be detailed using line. There are numerous ways to interpret a silhouette and often it is worth roughing in a few designs based upon a single thumbnail. 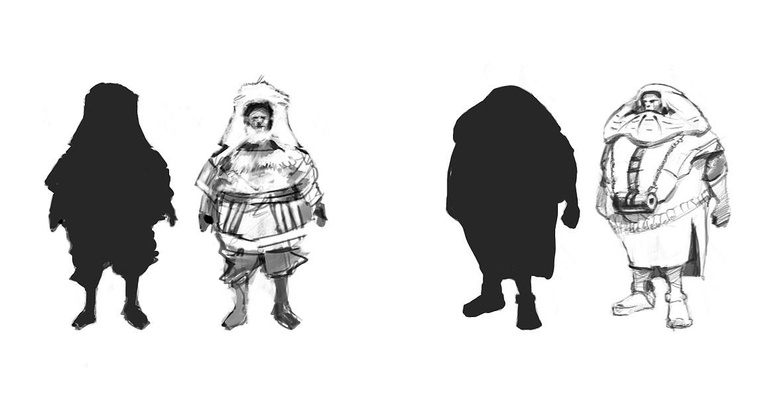 An alternative method is to aim somewhere between the two approaches and use shapes to delineate the detail.
Fig.02 shows an example of this whereby a silhouette was blocked in first and then some evidence of clothing added over the top. 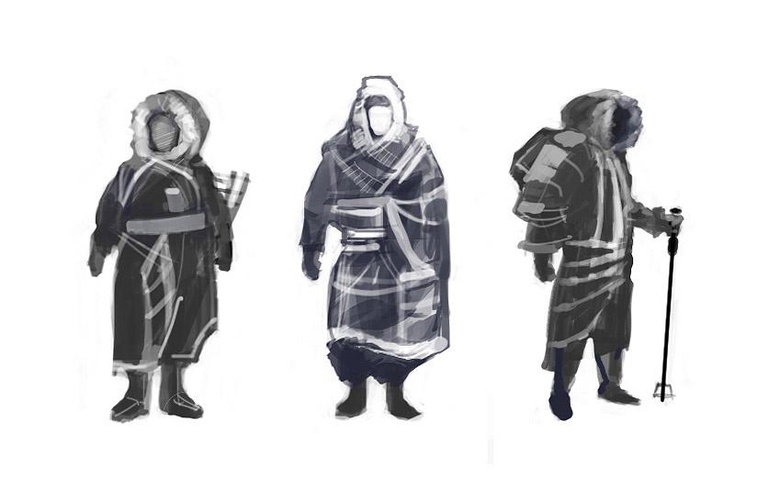 Fig.03 shows a final set of character thumbnails, which start in the upper left with a more conventional costume. The two left characters on the second and third row also look quite conventional, but in a more Lappish style. 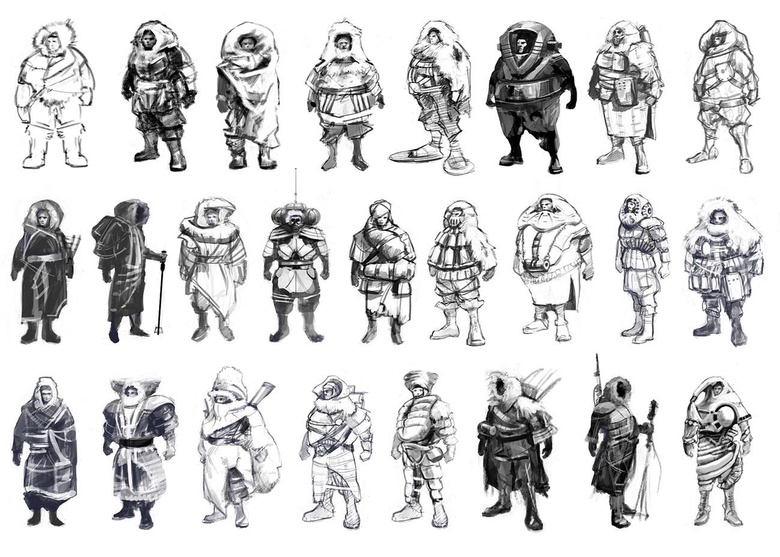 Whilst sketching I was thinking about ways in which people could keep warm and the types of materials available to them, the obvious one being animal fur. I also considered how clothing traps our body heat and bounces it back onto or skin, and how by wearing multiple layers we can keep warmer. As a result I made many of the characters look plump and well padded, incorporating air pockets within their clothing to trap heat.

As well as this principal I began thinking about how people have used heating ducts in conjunction with wood burners in order to transfer heat around their homes, and the principles behind a boiler.

With this in mind I started to place canisters and tubular accessories on a number of characters to explore the possibility of suits incorporating slow-burning fuel that could be used to warm the clothing for long periods, such as carbon-based elements and animal fats.

The other benefit of having air-filled pockets around the body was that if a person fell into the sea through thin ice, for example, the suit would act as a life jacket and keep them buoyant.

Once I had established a few ideas during the initial stage I began making some larger scale sketches to explore these in more depth.

I liked the idea of padded clothing that contained small air pockets that could perhaps serve to circulate warm air around the body. In Fig.04 you can see two variations based upon these notions, which also show headgear to insulate the head. I included some fur on the upper character as well as giving the other person a harpoon to prevent the costumes looking too "high tech". 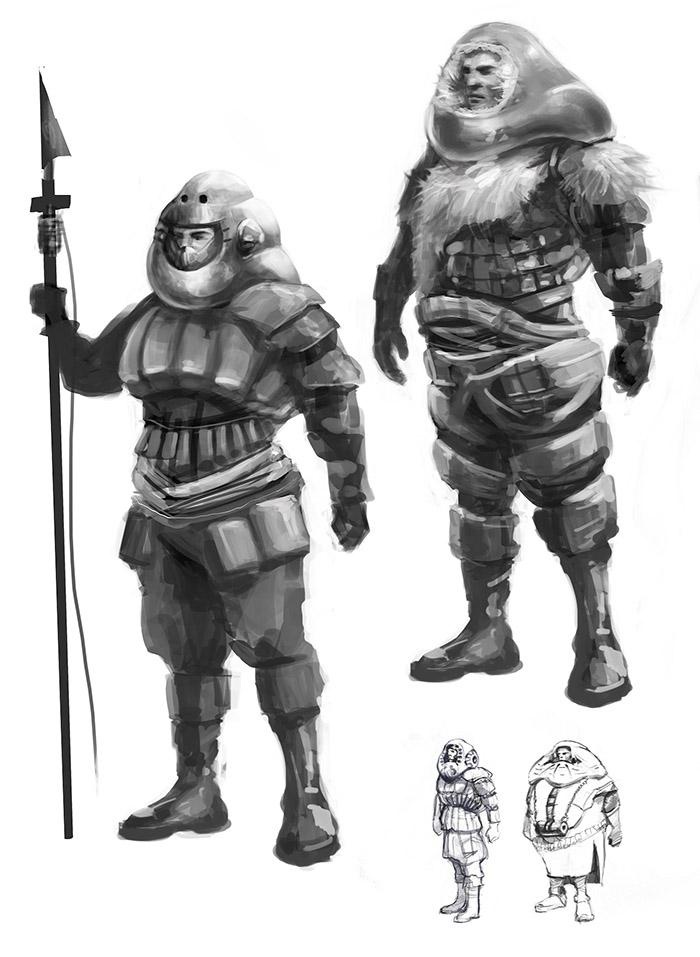 Another aspect I considered was some form of protective face mask or breathing apparatus for use in particularly harsh weather and blizzards. Ice usually forms around the nose and mouth due to exhaling warm air and so something to alleviate this would be greatly beneficial. Of equal relevance was something to help reduce glare and protect the eyes, and so I went on to incorporate both of these ideas into the following three sketches.

Fig.05 shows a character wearing a protective face mask and goggles, as well as some shoulder fins to shield against harsh winds and driving snow. He also incorporates padded clothing and some extra insulation around the hands, which are always vulnerable to the cold. 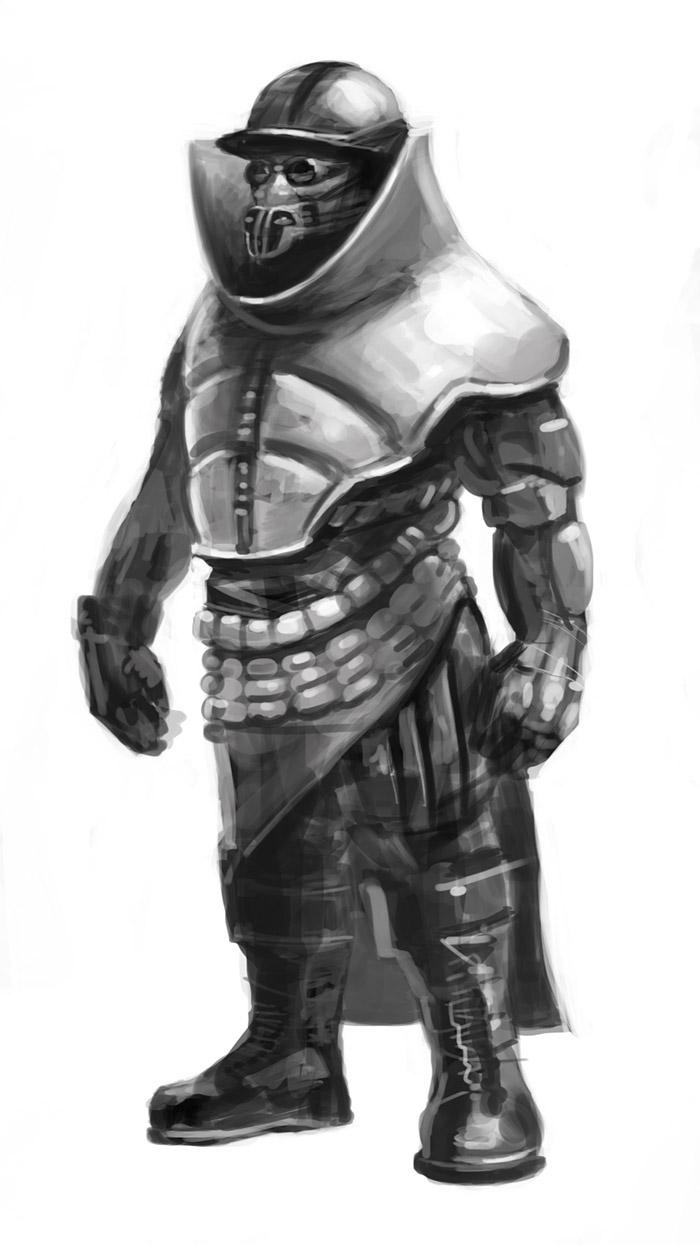 Fig.06 takes this type of design a step further, giving the costumes a more sophisticated appearance and also suggesting the inclusion of some technology. 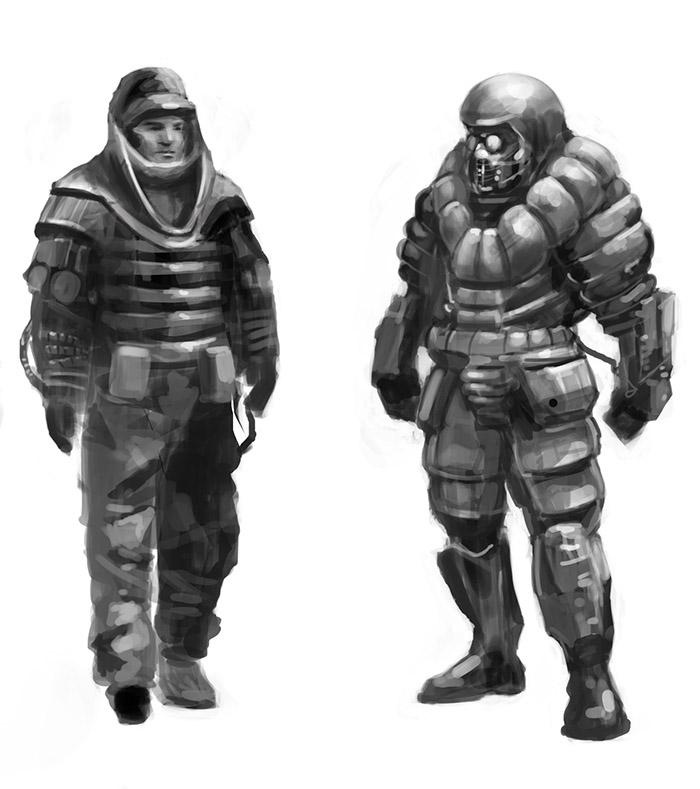 Although I liked some of the aspects to these, Fig.04 – 05 did resemble pilots and maintenance crew, which was not my intention.

I did not want to create a science fiction-looking character, but rather wanted to show a civilization that had somehow evolved to harness some of their available resources.

There are always certain things you like and dislike about each design, but this process helps filter these aspects down to the ones that are more preferable or appropriate.

Having explored various avenues I had a good notion of which characteristics to include in the final version, which are as follows:

• The use of animal fur and leather obtained from hunting
• Some version of face protection or breathing apparatus
• A form of heating that helps keep the body warm on long journeys
• Clothing that contains heated air pockets, which also act as a good buoyancy device when in water.

Fig.07 shows the initial block-in of the first of two designs, showing a conventional fur hood and a skirt that wraps around the legs for extra protection against harsh weather. This can be opened via the small rivets when the person needs to run or travel quickly or alternatively closed for walking and bad conditions. 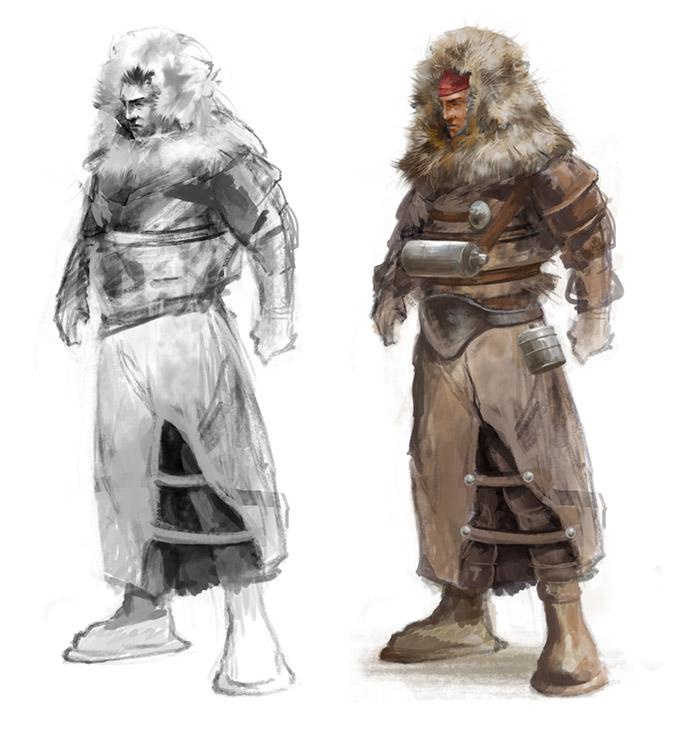 There is a belt around which supplies and fuel can be hung, as well as a chest-mounted canister from which to deliver heat into the suit.

As you can see, I began working in black and white and then moved into color by way of a Multiply layer.

I gave one of my thumbnail sketches some snow shoes, but instead of the antiquarian "tennis rackets" I decided to create boots with a wide padded base to help disperse weight over the snow and ice.

In Fig.08 you can see a more advanced state with the canister in a better perspective and connected to the suit via a small hose. The boots have spikes around the sole which will help grip on to slippery surfaces. 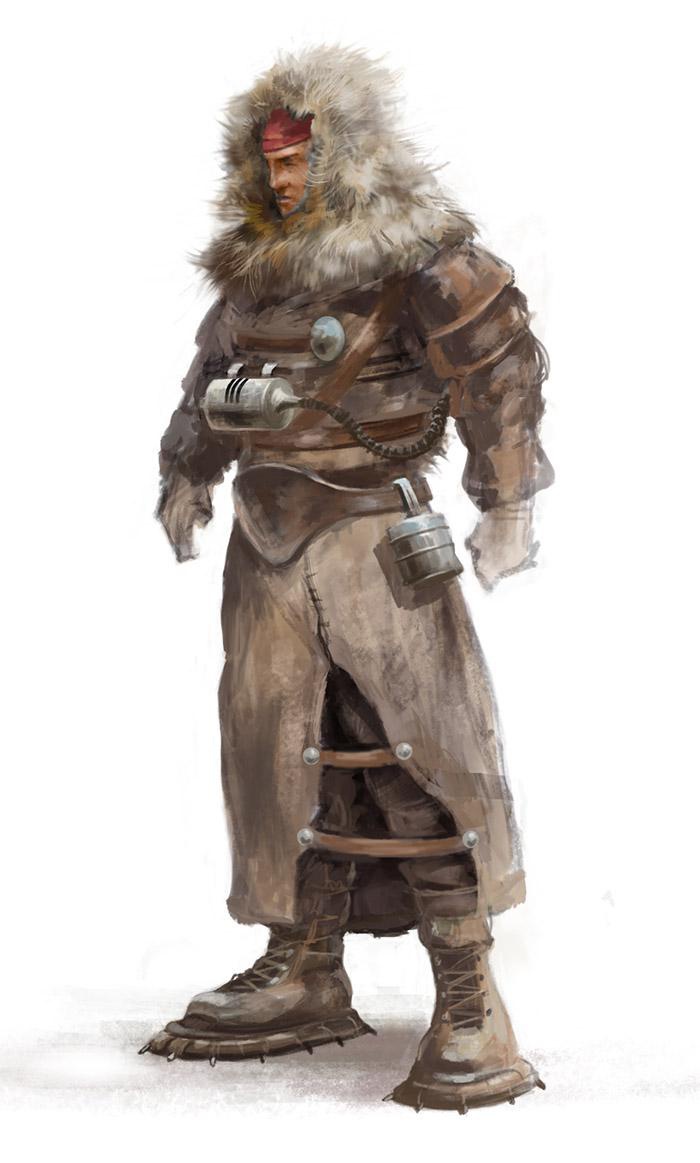 For the final version of the first character, I added a face mask for protection, as well as some decorative patterns across the skirt to add interest (Fig.09). 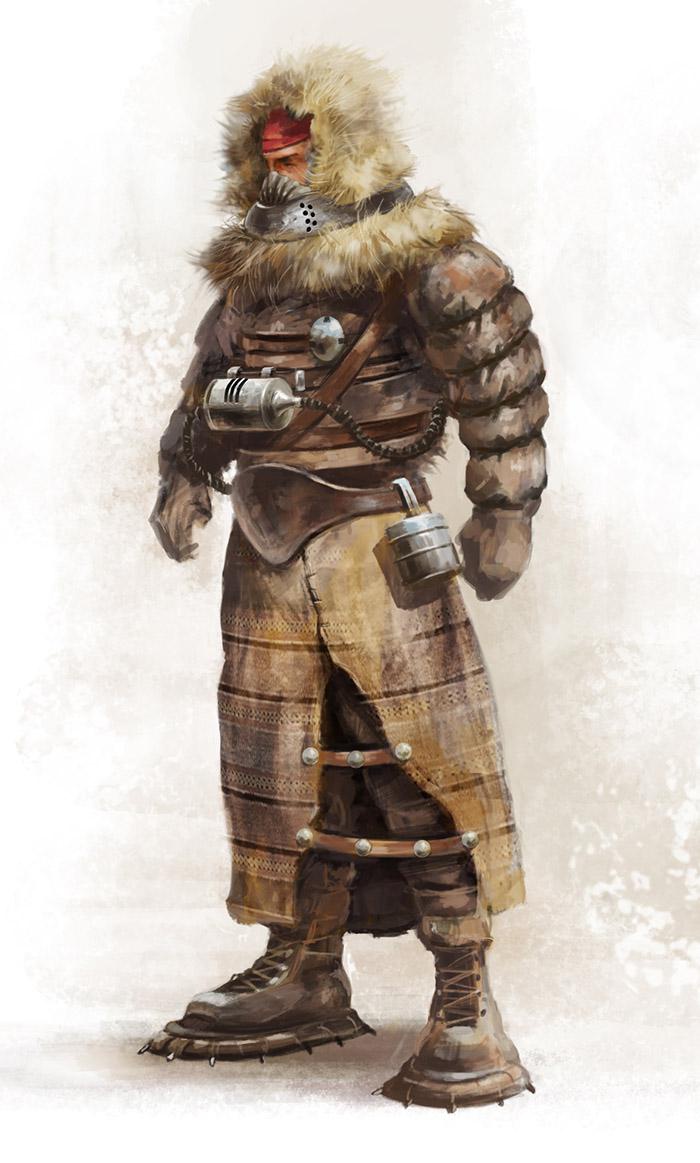 The second character utilizes other components from the thumbnail sheet, including the three seen on the right in Fig.10. As previously mentioned, my final designs tend to be a hybrid of various sketches. 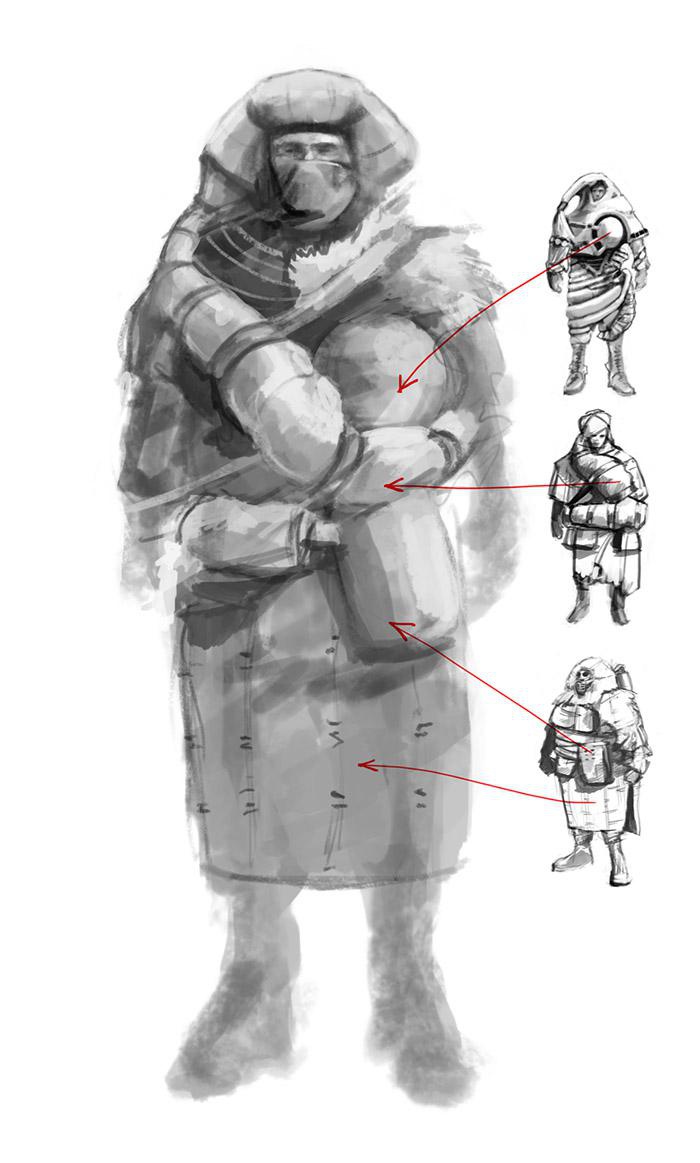 In this case I wanted to create a more unusual appearance and so combined a mixture of reasonably advanced-looking components with more primitive ones. In this case the heater, located at waist level, is connected to the headgear via a pipe that wraps around the torso.

This character also boasts a face mask with a protective visor, which can be detached and separated into two pieces. In fine weather it can be removed entirely or alternatively the left or right section can be attached separately to shield cross winds.

One thing that has not been mentioned is physiology and the ways in which an arctic climate affects the human body. Generally a compact build conserves warmth and an optimal distribution of body fat is important to keep vital organs warm.

As my characters were well padded it made it quite difficult to portray their anatomical appearance, but a short, stocky physique seemed appropriate.

Their diet would consist almost entirely of meat and fish, much of which would need to be eaten raw in order to get vitamin C.

At this time my characters were looking too tall and slim to fit this description, but I knew I could use the Warp tool later to modify their anatomy.

Once the general shapes were blocked in, I began clarifying the headgear and mask as well the boots and equipment (Fig.11). 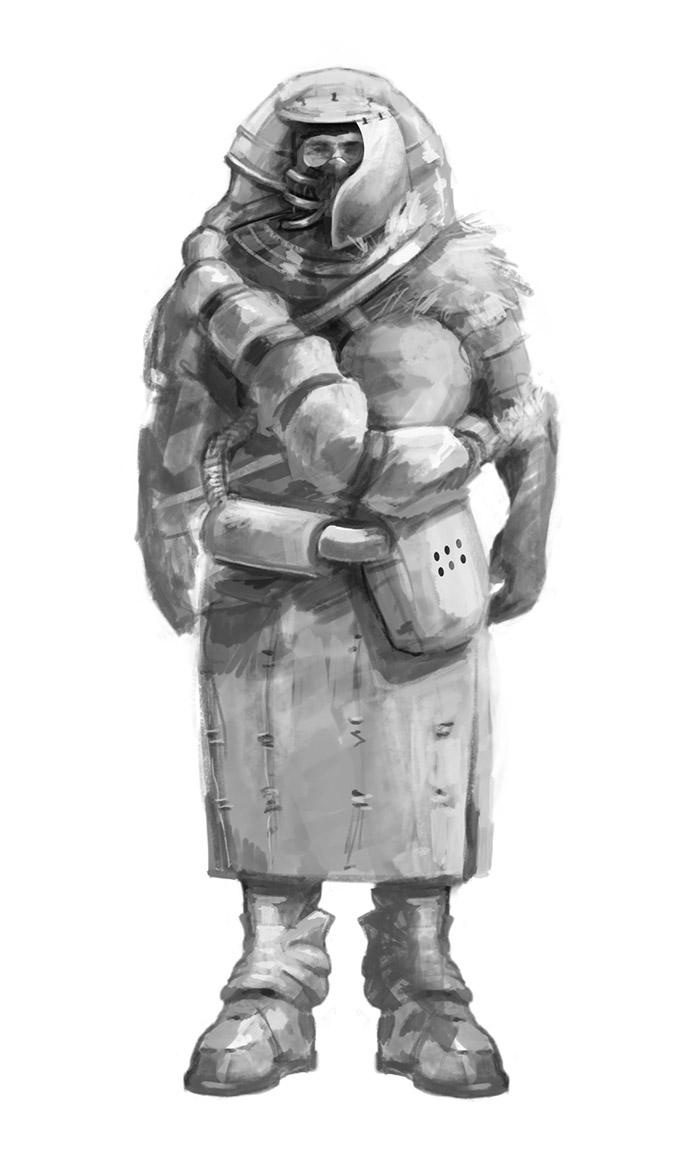 Fig.12 shows the initial color stage, which was once again applied on a new layer set to Multiply. Once I was satisfied, I flattened them and continued adding more details and refinements on additional layers before repeating the procedure. 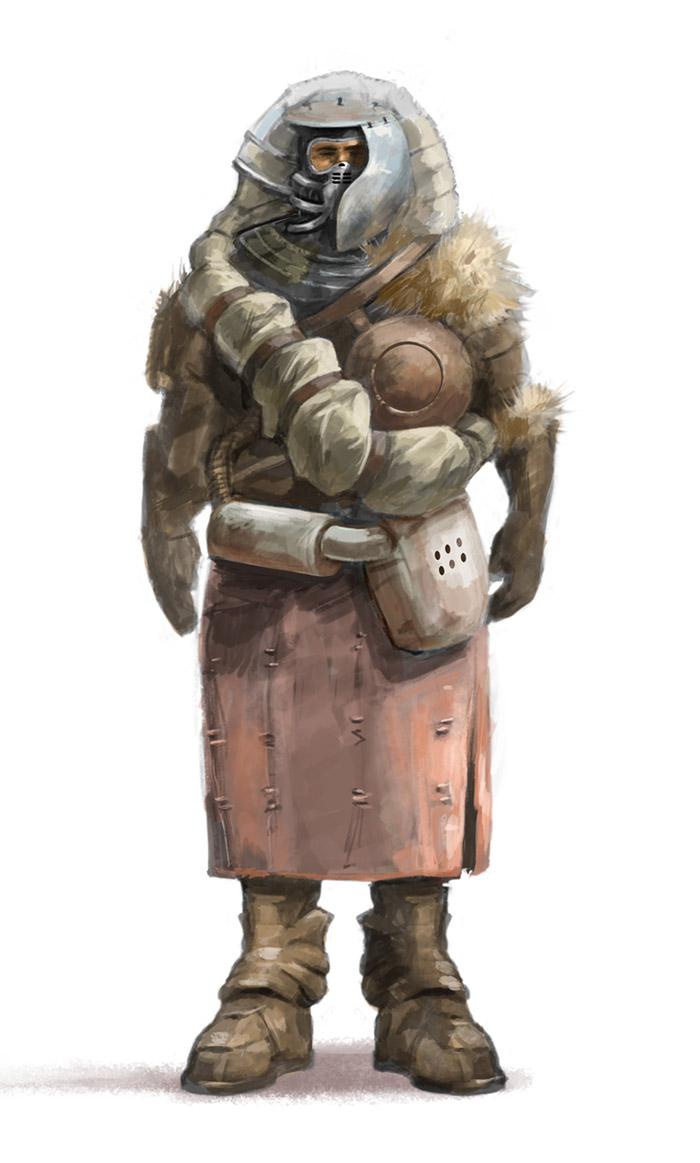 From here it was a short step to completing the character by building on what had already been established. Although the final versions are not replicas of any one thumbnail or sketch, they do borrow from the initial ideas.

I added a secondary hose feeding into the circular breast plate, which would deliver heat to the center of the torso and major organs.

I also added a Curves adjustment layer to increase the contrast and place highlights across the right side of the character (Fig.13). 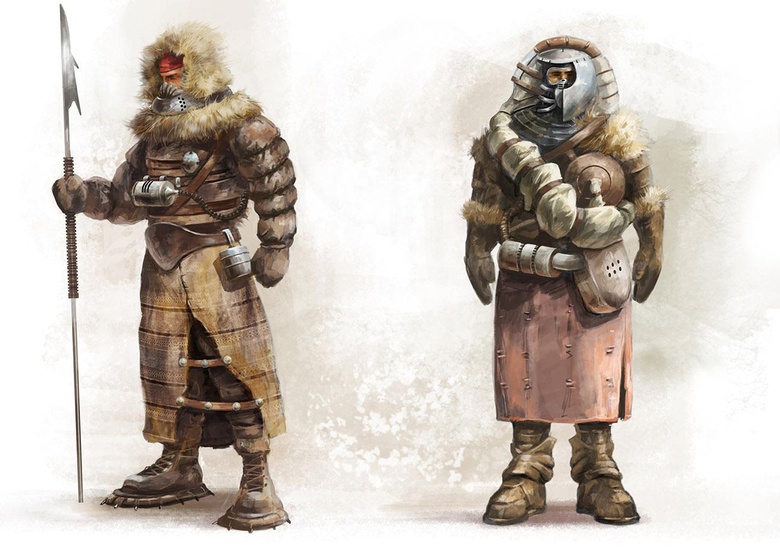 Finally I used the Warp tool to shorten the character and give him a more compact stature, which would help him to survive in the cold climate. 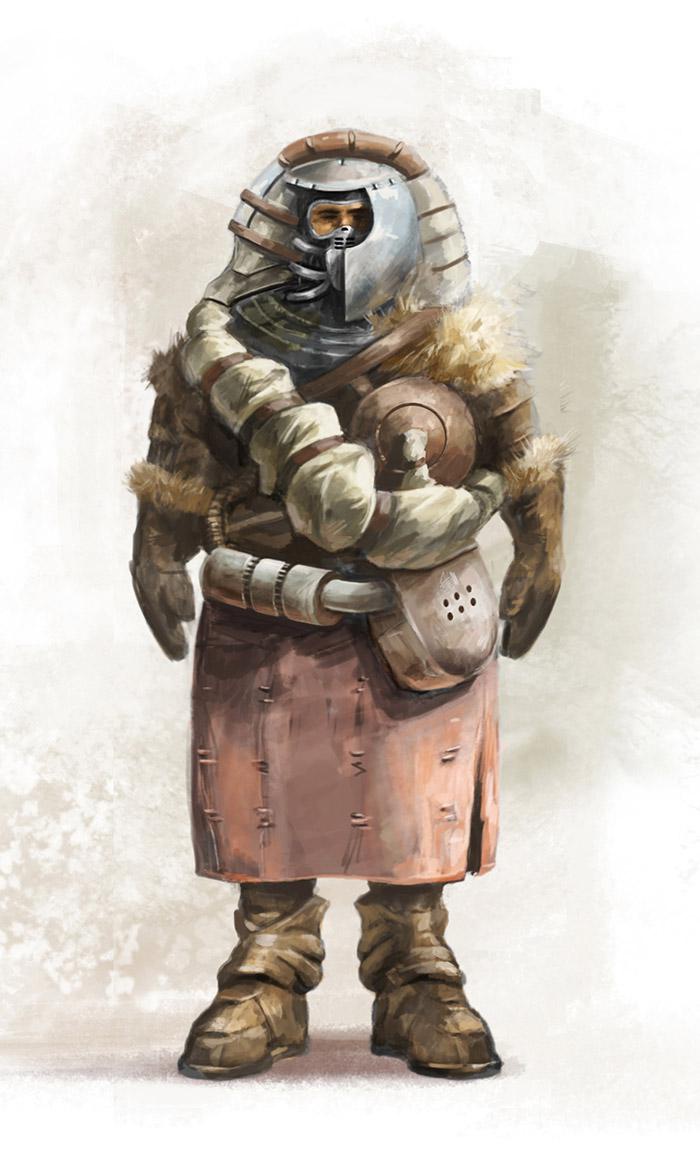