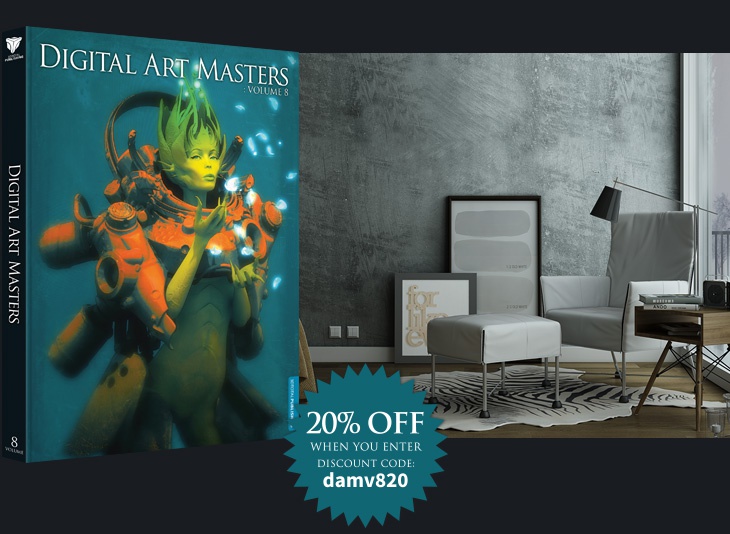 With CG work, specifically with arch-viz, I always spend a while on the internet searching for references – I think that this is the first step towards creating a good image. For both personal and professional pieces I will spend hours researching and finding inspiration, as I believe that good planning is important for any job.

To develop this environment, I researched a Scandinavian style as I wanted to create a minimalist space with a sense of tranquility. I searched for hours trying to find something that was suitable. Eventually, I found several references and used these to create a concept for the image.

Modeling the scene wasn't terribly challenging, in fact this whole scene is quite simple. I began by modeling a basic room with a wooden floor and ceiling using 3ds Max (Fig.01 – 03). As you can see, I did not spend much time on this stage. 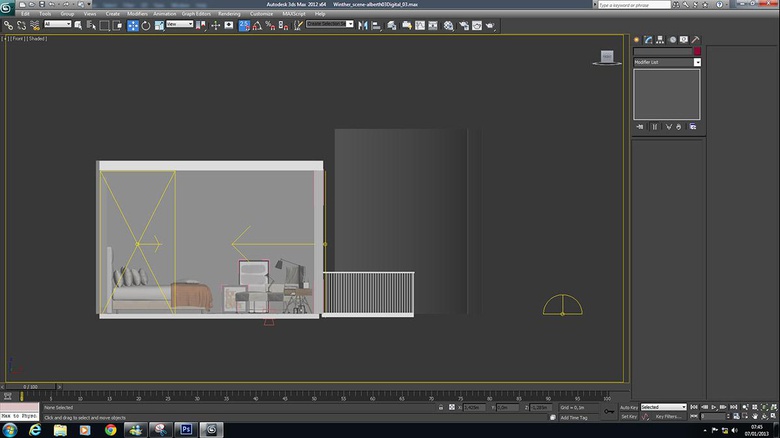 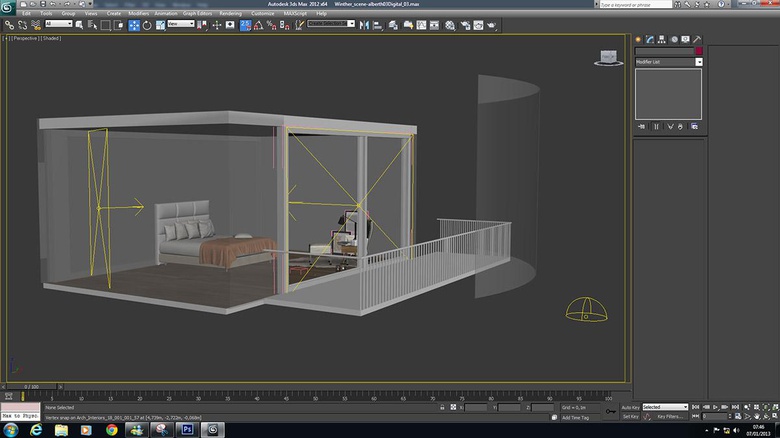 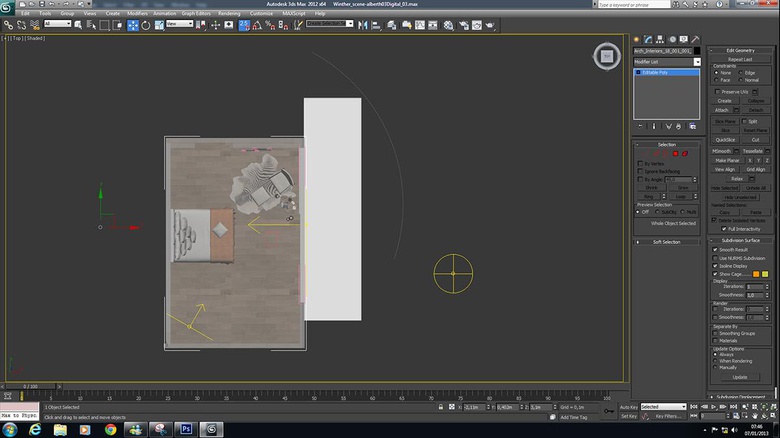 However, working out the composition took much more thought and I spent quite a while trying different variations. Initially I tried compositions with more objects, but none of these had the effect I wanted. It wasn't until after numerous tests that I found the result I had hoped for.

I received several emails asking me specifically about the wall and bed fabric. I used a bitmap texture with diffuse reflection and glossiness, and just a few tweaks, nothing very specific.

The wall was created using this principle, using a normal material from V-Ray with a bitmap in the diffuse channel before being copied to other channels and used as a reflection bump with a value of 20 (Fig.04 – 05). 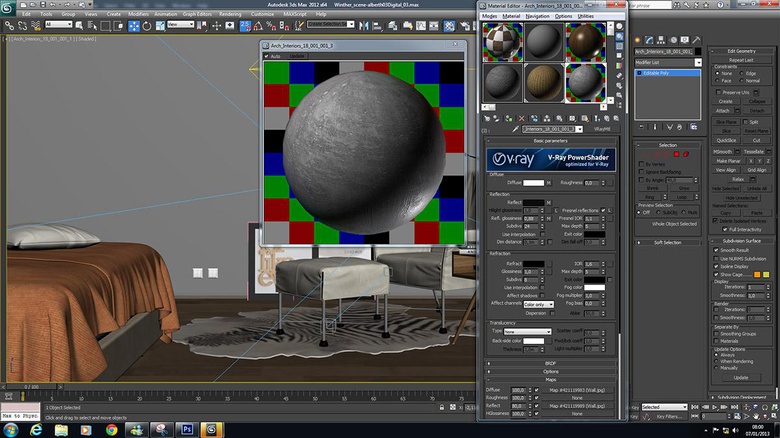 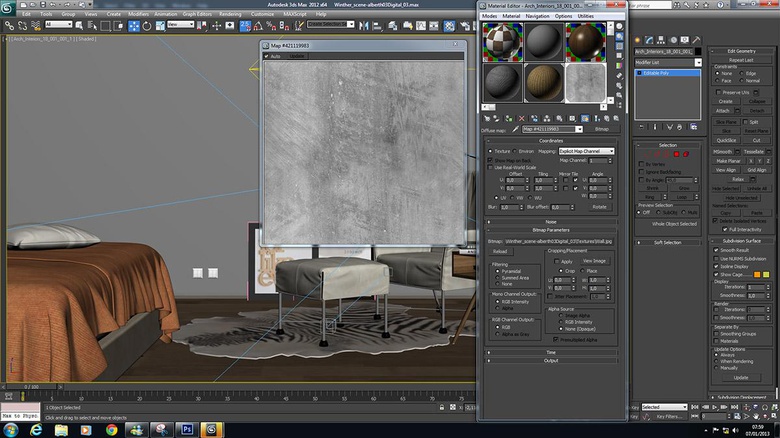 The only difference in the way the fabric was made is that I used a color correction map to get the tone right and within that, a further bitmap. I then applied a V-Ray displacement with a very simple configuration (Fig.06). 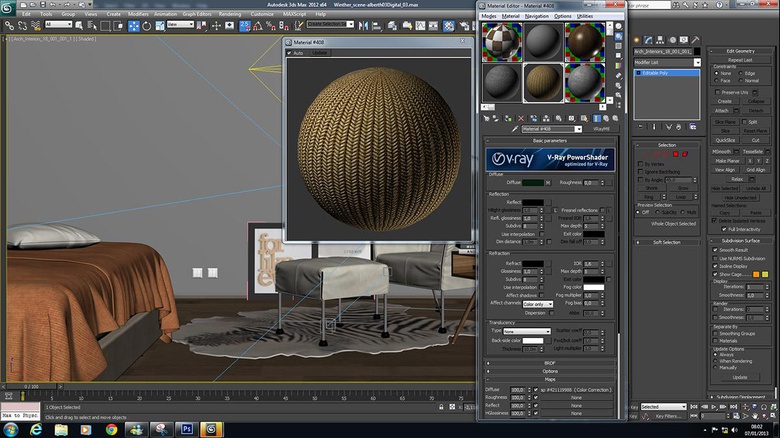 I wanted a subtle, natural lighting with diffuse shadows. To achieve this I used three lights arranged in a dome formation (Fig.07) and two V-Ray lights. One of the V-Ray lights was positioned toward the door with the Temperature set to 6500 to create a bluish tint, Multiplier set to 20 and Subdivs to 24. 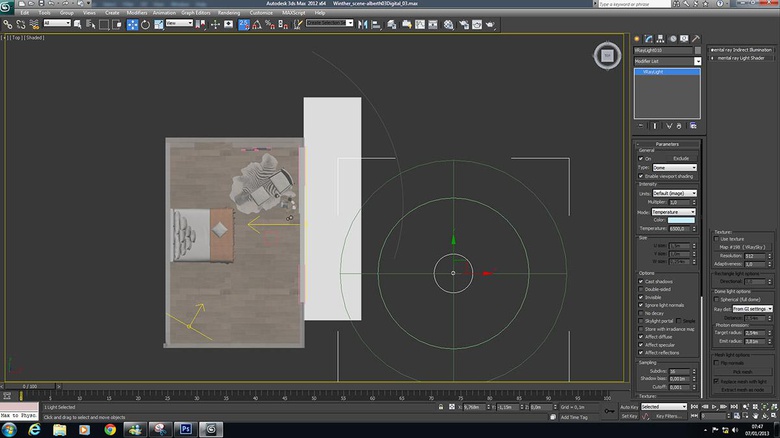 The second V-Ray light was the same shape, but with different temperatures. The internal light worked with a slightly warmer temperature of around 4500, a Multiplier of 5 and Subdivs set to 24.

For the camera, I slightly altered the default setting to improve the lighting since it does not work with the Linear Work Flow (Fig.08). 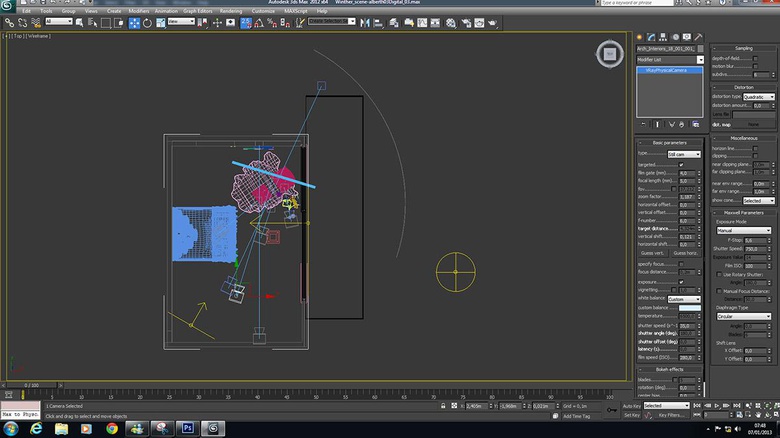 For rendering, I used the V-Ray render because my machine parameters yield more with the simple configuration shown in Fig.09. 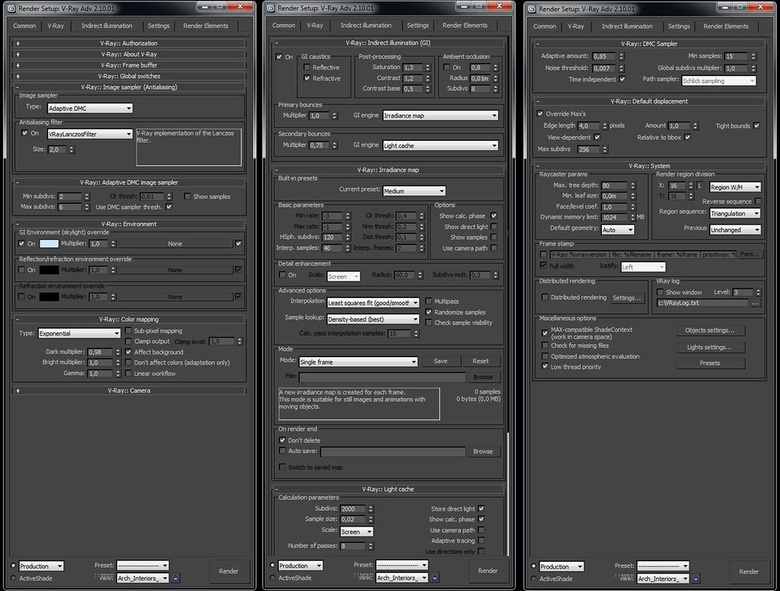 Generally I tend to use Reinhard color mapping, but for this scene I used Exponential mapping as the tests gave a result that I felt was more suitable.

During post-production, I used a few Curves and made some adjustments to the color, brightness and contrast. I also used some passes to assist in post-production, such as reflection, refraction and GI (Fig.10). 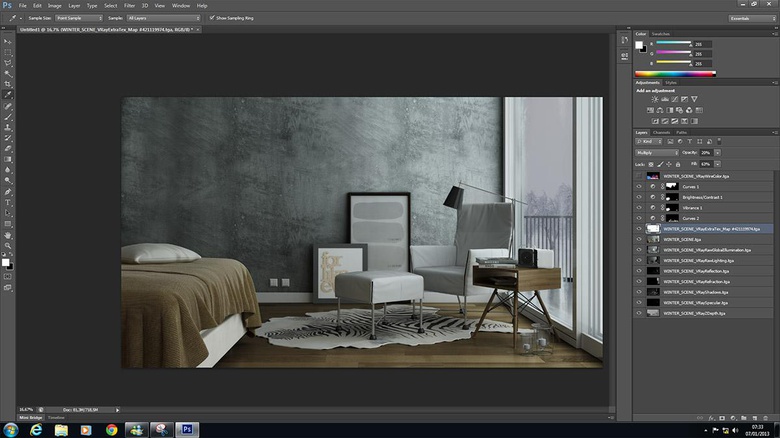 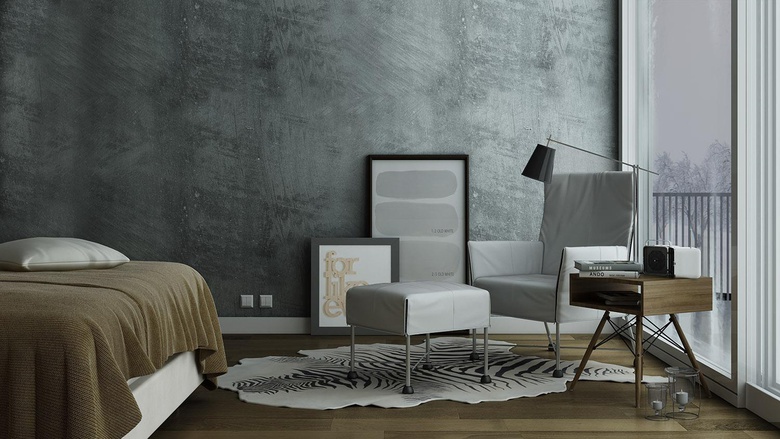 I am very happy to be part of this publication. Firstly I would like to thank God. I'd also like to thank my parents, brothers and nephews, my loving wife, Jaqueline, and especially my daughter Laura who is my great inspiration. Thank you all. 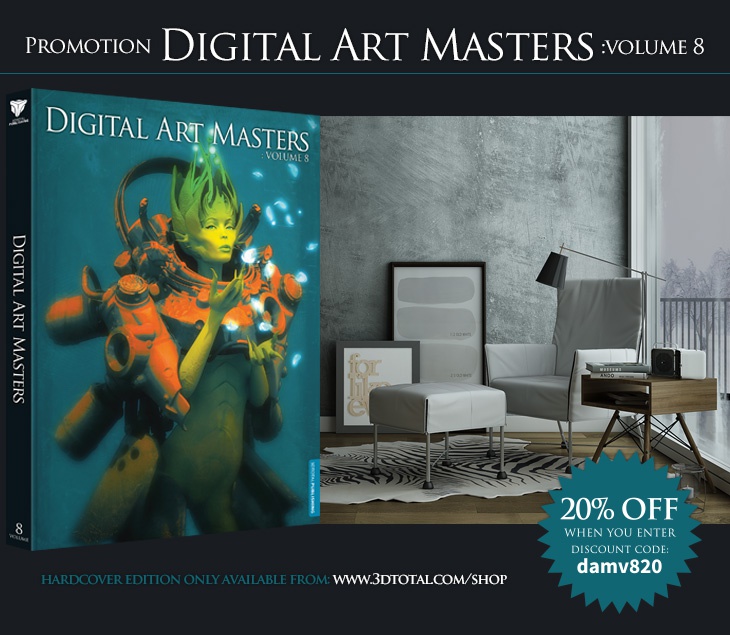