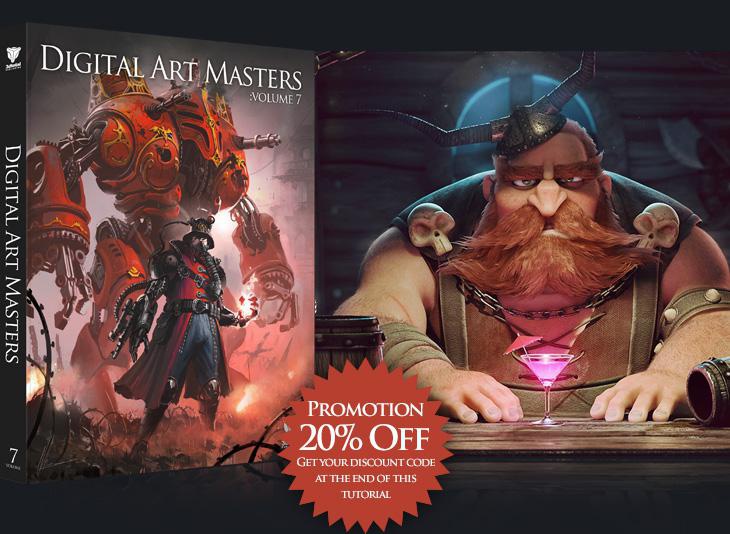 This image was a personal project I decided to start after watching How to Train Your Dragon. The actual idea wasn't to create a simple image, but rather to study each step of the process in depth. This image took me about five months to complete during my free time, which may seem lengthy but I'm sure that it has really helped me to improve my pipeline. My goal was to create a production quality character, and hence I spent a long time making sure it was right. I devoted a lot of time studying topology, as well as the different hair systems, blend shapes etc.

I usually tend to create a bit of a story behind my character and this was no exception. One night I woke up with this idea in my mind; a Viking with a pink Martini! I thought it would make a funny contrast. Despite the fact I don't draw very well, I decided to try out a few sketches and to set the camera as if the Viking was being viewed through the bar tenders eyes. I also wanted to give the Viking a very specific expression (Fig.01).

I chose to create the character in Zbrush and by using ZSpheres was able to quickly create a base mesh from which to start sculpting. This process (in my opinion) is one of the most efficient approaches because you can focus on the design instead of worrying about the topology which makes modelling more complicated.

To help design the character I used many references from Dreamworks, Disney and Pixar. This kind of cartoon model is very simple and the hardest part is the design. I think having a lot of contrast in the proportions makes the character look more interesting and for this reason I made him fat with small thin legs (Fig.02).

After I had finished the blocking-in I exported the Obj file into 3ds Max and started the retopology process using the Graphite modeling tools. One of the advantages of using 3ds Max is that you can mix the topology tools with the standard polygon modeling tools. With the base mesh of my character done I was ready to start making his clothes and props inside 3ds Max. The environment was modeled with polygons but I also used ZBrush to add the detailing and worn appearance(Fig.03). 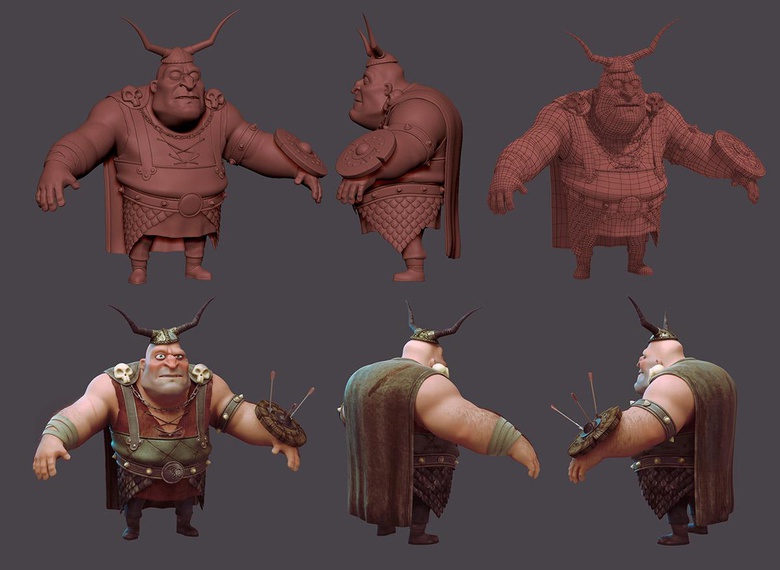 Using Blend shapes was one of steps I enjoyed most because it is at this point that I could define his personality. I've used many references to help me achieve stylized expressions, not least of which was Syndrome from The Incredibles who was a great reference for what I had in my mind. It's important to exaggerate the expression as much as you can while still maintaining a natural look. During the modeling process I used a mirror to observe myself and understand how the muscles react in different expressions (Fig.04).

I began creating the textures in Zbrush using Polypaint because it's an easy way to define the basic color variation directly on the 3D model. After this I exported the maps into Photoshop and started detailing them. For materials like the leather and fabric, I used Seamless textures I found on websites like CGtextures.com but the skin was completely hand painted (Fig.05).

As I was planning to use mental ray to render my image, I chose the SSS Fast Skin material for the characters skin and skulls and Arch&Design; for the other objects. I tried different light rigs to observe how the shaders reacted since my plan was to do an animation using the Viking and so each of the materials needed to work regardless to the lighting scheme (Fig.06). 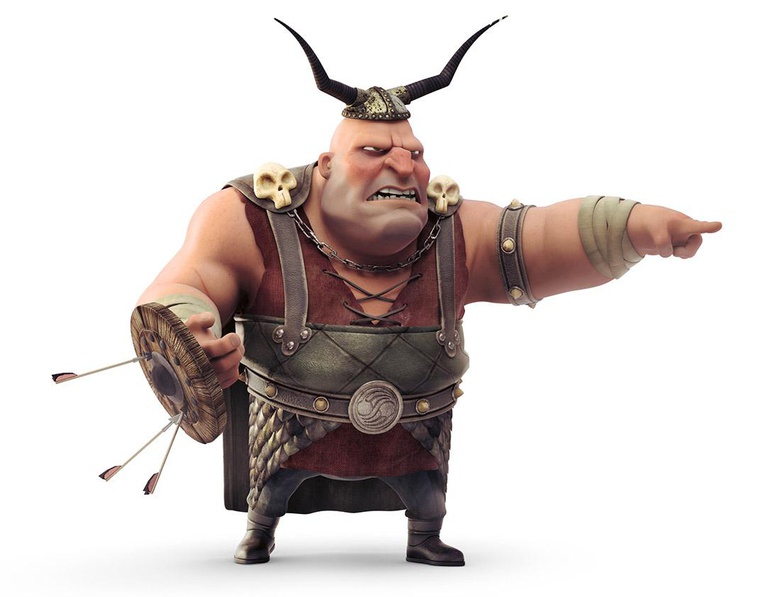 After many nights testing Hair shaders I discovered P_HairTK created by Ledin Pavel. I was looking for realistic hair rendering and this shader allowed Final gather, Ray Traced shadows and many other features with a fast render time.

The hair was the most challenging part of this project. As the character is stylized I had to stylize his beard and hair as well which was a nightmare. Initially I tried the new plugin called HairFarm, but after many tests I decided to move back into 3ds Max's native Hair and Fur. The solution I eventually used was to divide the beard into different meshes. It gave me better control of the general shape and made the styling process easier (Fig.07 - 08). 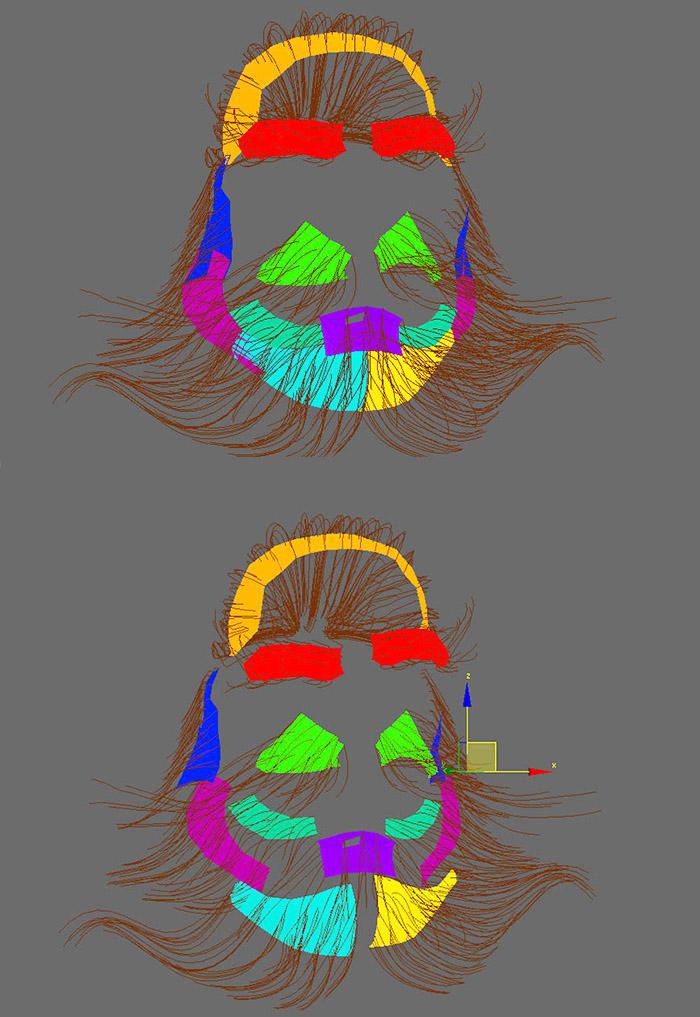 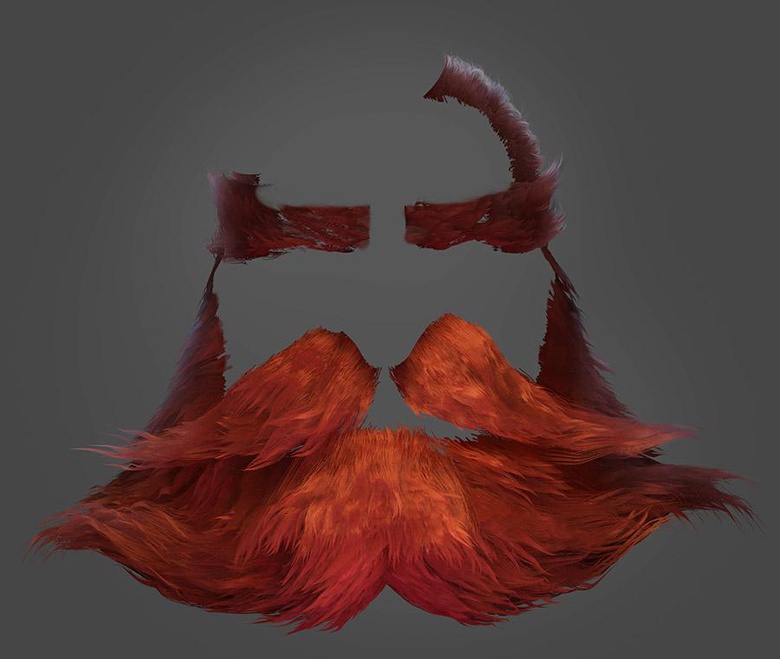 The rigging was done by my friend Alex Angelis. Before he began I showed him some rigging references by Alan Camilo (an amazing animator and rigger). This formed our starting point and once we had discussed what we both thought about how it should be done we were confident we could come up with something approaching a professional quality. Despite doing things quickly, he made and remade several parts and worked tirelessly until the best result was achieved.

As I mentioned before I used Mental Ray to render the scene. There are about twelve photometric lights in my scene, consisting of two main light sources; yellow being the main light and another blue light providing the rim lighting. All the remaining lights work as fill lights and light bounces. To help the light bounce I used Final Gather with a low preset (Fig.09 - 10). 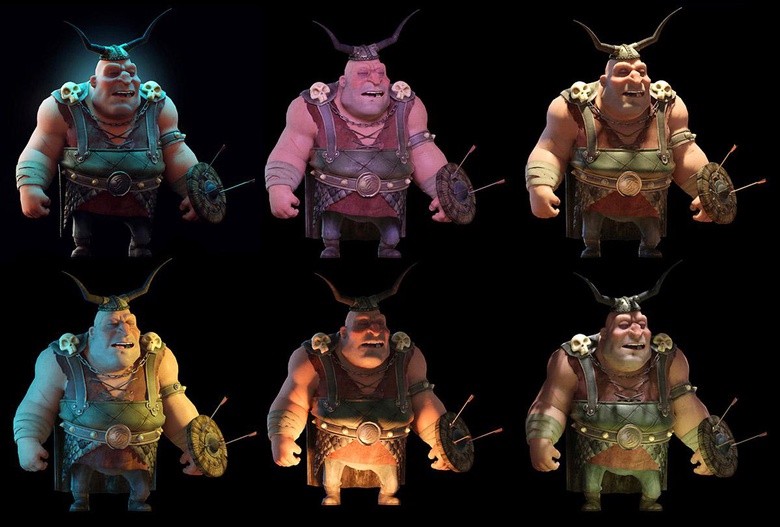 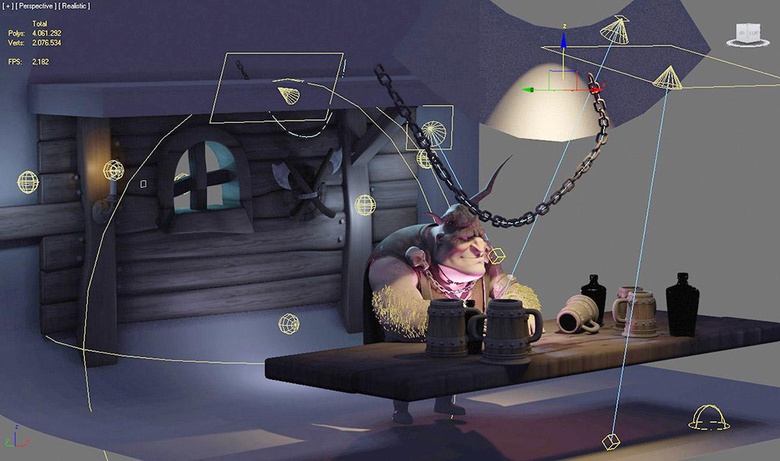 The final image was rendered at 4500 pixels wide and took about ten hours to complete on an Intel I7 950. I rendered three passes; a beauty pass, a hair pass (to speed up the final render I separated the hair pass) and a Z-depth pass. The Z-depth pass was used to create the Lens Blur using the amazing Lenscare plug-in for After Effects (Fig.11). For the color corrections I used Curves and Photoshop gradient maps. Lightroom was used to add grain, vignetting and subtle Chromatic Aberration.

This project took me a long time to do, but provided me with an opportunity to grow as an artist and to develop my perception and skills in both artistic and technical direction. Sometimes it is hard to manage my free time to complete a project, but it is definitely worthwhile. I'm really happy with the final result and with the opportunities this character presented to my professional career (especially this one in Digital Art Masters!). I would like to say thanks to my family, girlfriend and friends who supported me during this project. 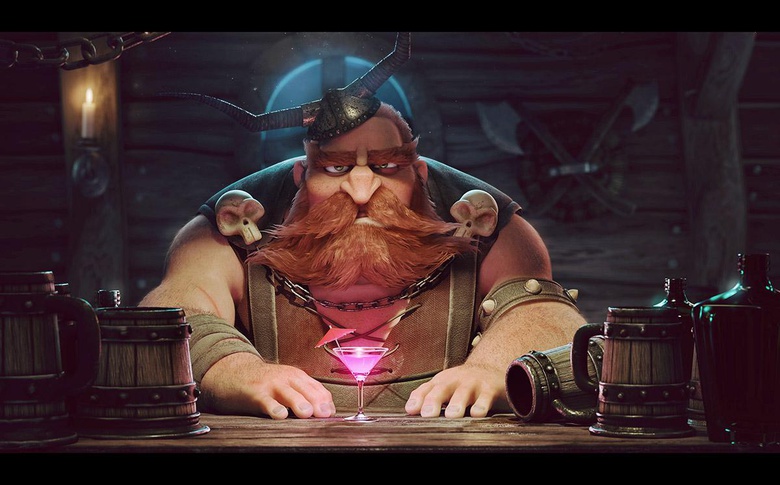 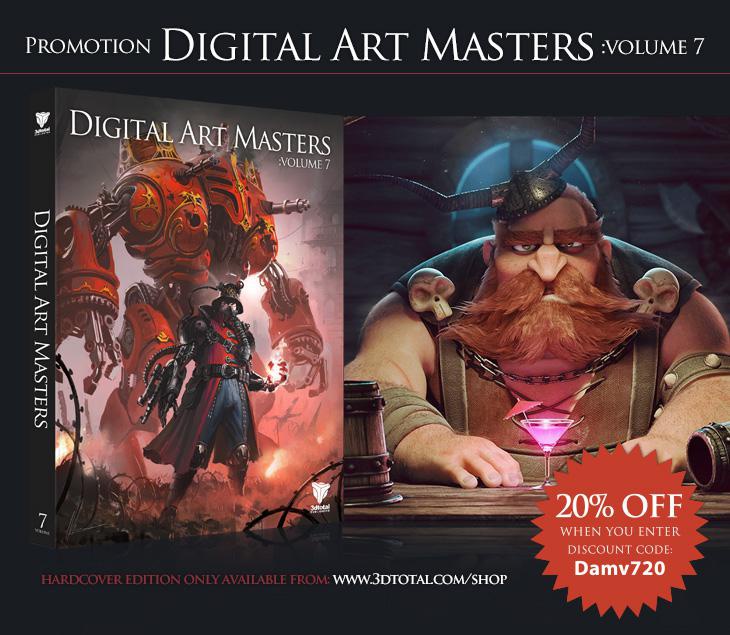