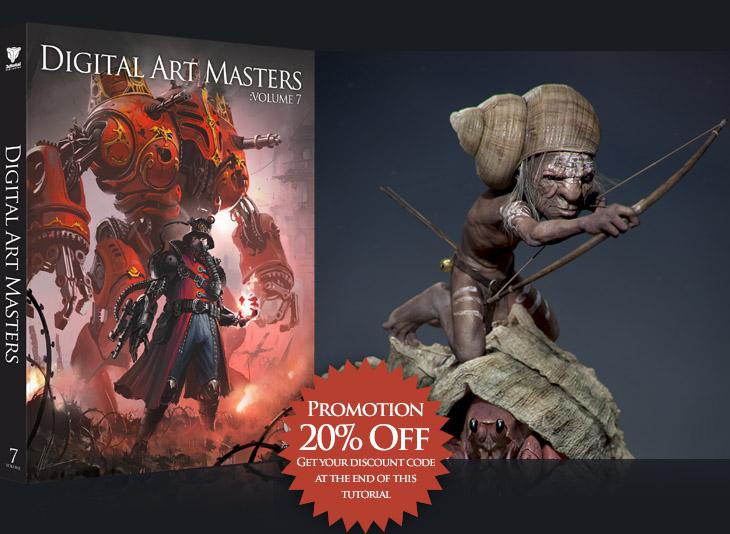 I'd like to thank 3DTotal for giving me this opportunity to talk about my work. As well as having the honor of winning first place in a competition with this picture, since the challenge I have received a lot of comments from many artists and friends that I appreciate very much.

When I saw the challenge brief I intended to make a huge muscular character and created some concept art along these lines. However this seemed too ordinary to me and not unique. I wanted to create something new, so I quit drawing muscular characters and came up with some concepts of the indigenous people of southern Africa. They are not particularly muscular and don't have any tough weapons, but I feel they are warriors nevertheless.

I created a rough concept for a character living in a small world and riding a small animal or insect into battle. I then had the idea of using a hermit crab and other sea creatures. They have really nice details and I wanted to show different materials in the image such as skin, wood, shell, etc.

First I tried to do a concept sculpt for the crab's shell using a really rough base mesh. It didn't have great topology for sculpting, but it didn't matter at this stage because I intended to retopologize the mesh using TopoGun. After finishing the concept I imported the model into TopoGun and did the retopology. I transferred the concept details onto a new topology model using Mudbox and did some tweaking. On this new model I sculpted the really tiny details because it had clean topology and UVs (Fig.01).

The second step involved sculpting the hermit crab's body using the same method as I used on the shell. I then combined the two parts in Mudbox. As for their UVs, I used Roadkill UV in conjunction with Maya (Fig.02). 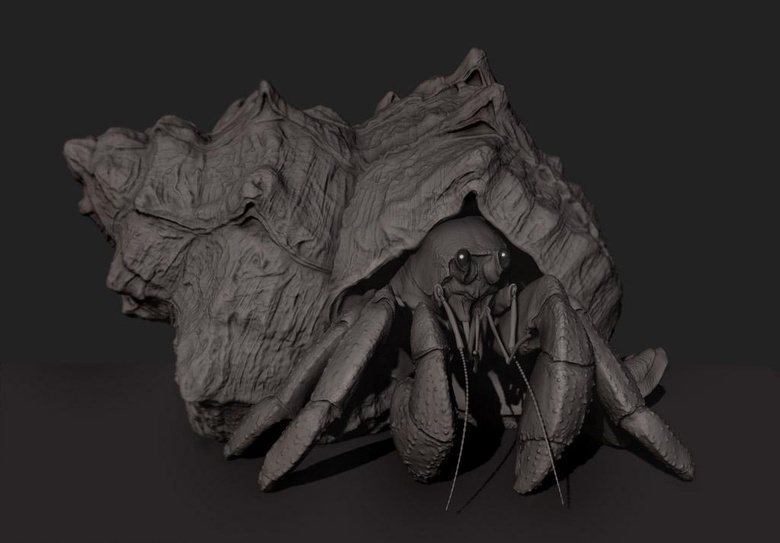 Next I tried to combine all of the models into the same Mudbox scene (Fig.03). Mudbox has really nice preview features (Lighting, Shadowing, Filtering and so on) and also allows you to check Normal maps. I didn't use a high res model because it was really intensive to preview all the models with high res Shadow maps. Instead I used a low res model with Normal maps for posing and layout checking.

For the warrior's body I started with a concept sculpt as the base pose, as usual. I then did some retopology using the same method as before, starting with his face before posing the body. However it was only during this stage that I painted a wireframe using Mudbox before retopologizing, a technique that is really helpful for re-building polygons (Fig.04). 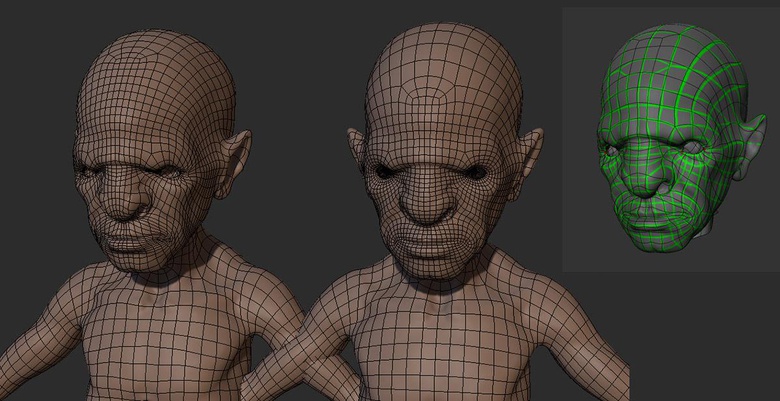 After the retopology work I transferred the concept details onto a new model and also tweaked and sculpted other parts. Finishing all the sculpting I carried out some rendering tests using mental ray and a Vector Displacement map. I couldn't identify any major problems so declared the sculpting complete (Fig.05).

I used Mudbox to start painting. It has a lot of paint and layer features, which makes it very easy to paint on your model. It was difficult to use a Displacement map for every tiny detail, which I believe is unnecessary, so I used Bump maps instead. I made Diffuse, Specular, Gloss, Bump and AO maps during this stage (Fig.06). 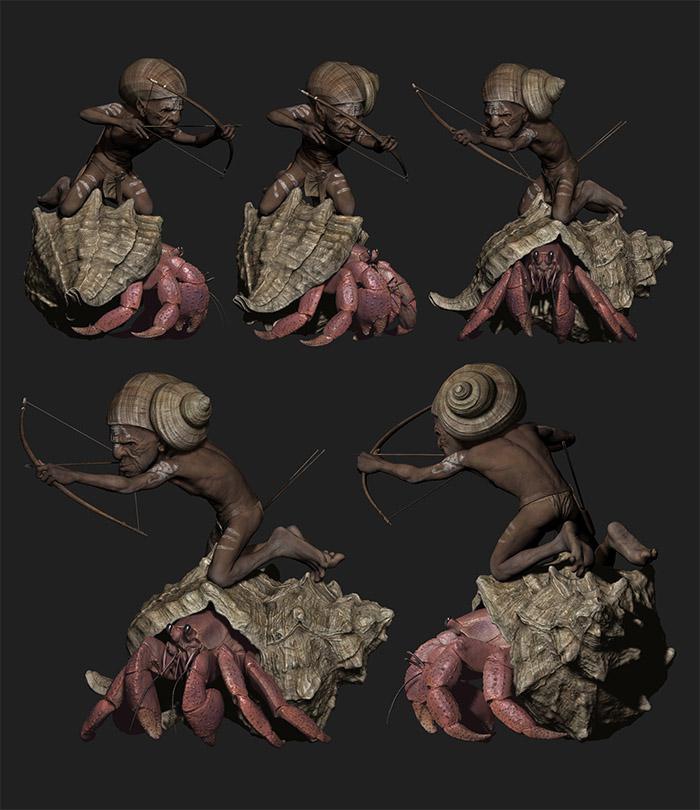 The rendering was done via linear workflow and mental ray, with each pass imported into Toxik for the compositing. Toxik supports a node system, so is really easy to build and allow access to your schematic. To create the depth of field (DOF) is just as easy and you can see and adjust the Depth and Blur Range settings. 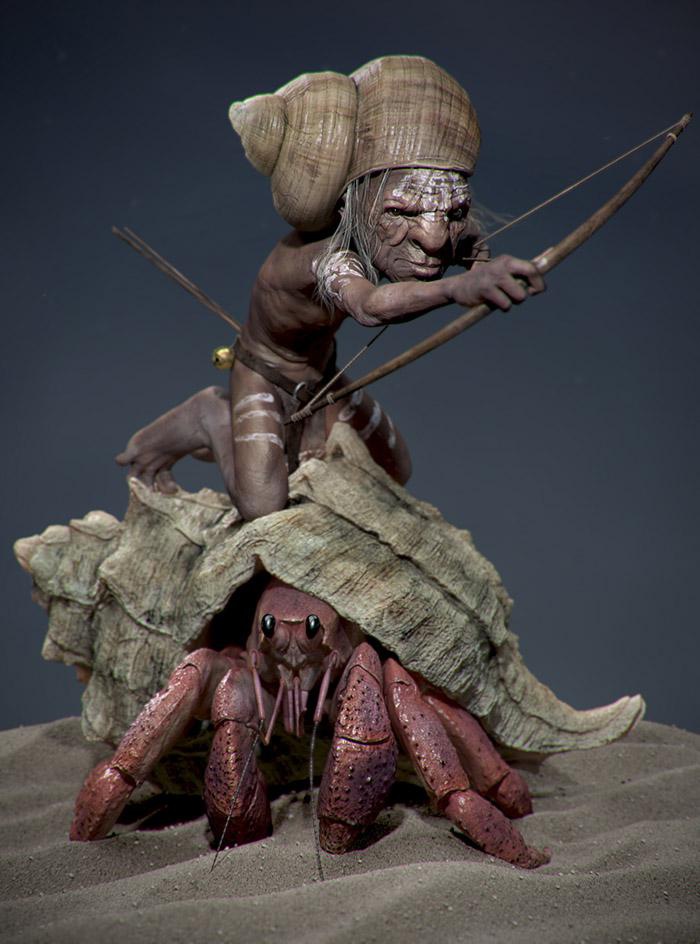 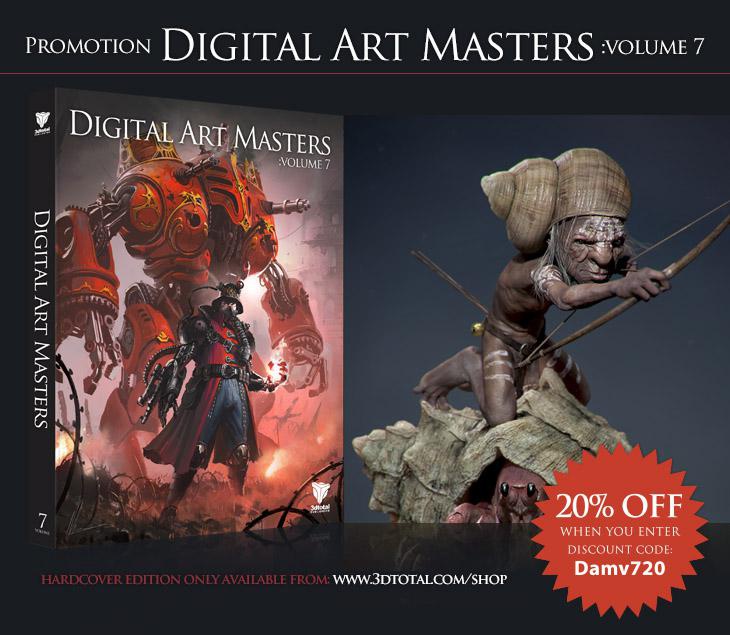