Hi my name is Vishal Kawji. This is my first tutorial for 3DTotal.com, so lets start modelling.

This tutorial is made using maya 6.5. 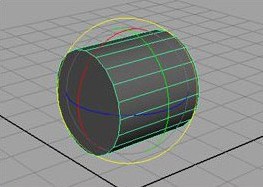 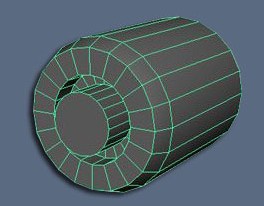 2. Now rotate it to 90deg in x- axis. Now it will look like this.
3. Now extrude the outer cap face and make some thing like this. 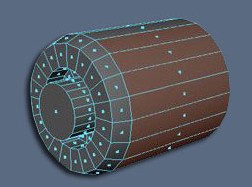 4. Now extrude the seven side faces of the cylinder to make the first bar of the hand. 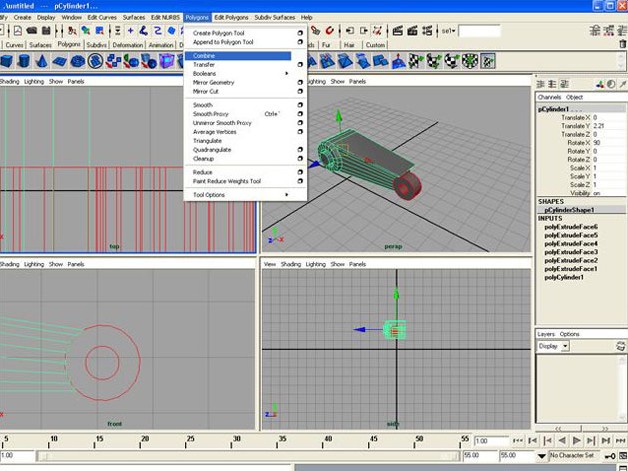 5. It will look like this after extrude and little bit of tweaking.
6. Now it's the time for making a joint. For making a joint we will use a another cylinder but with a smaller size.
7. Now lets make it look like a joint.
8. Now combine both of them ok its done now. 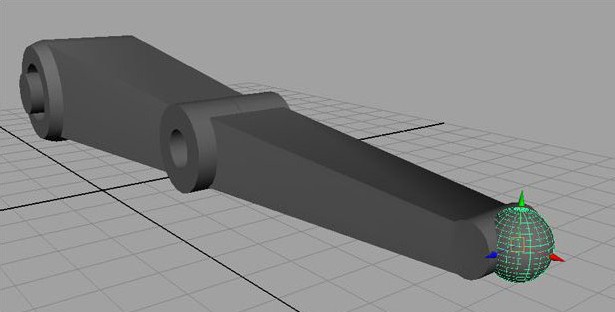 9. Now take a copy of the arm and flip it and tweek it a little bit so it would look like this.
10. Ok now lets make the fingers.
11. Take a sphere and place it at the front of the arm. Now take a duplicate of the sphere at the same place. 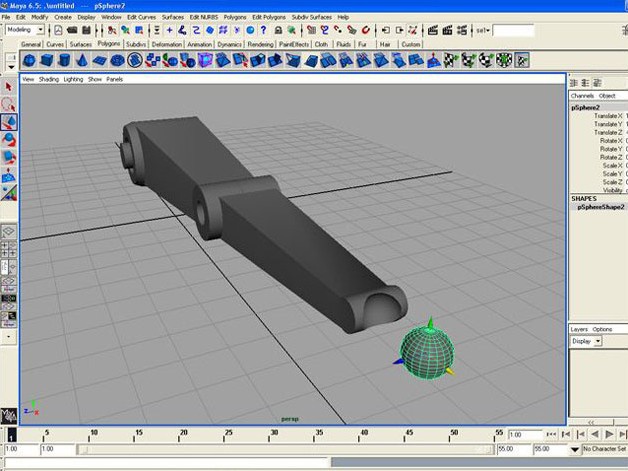 12 . Ok now select one of the spheres and bollean it with the front arm. 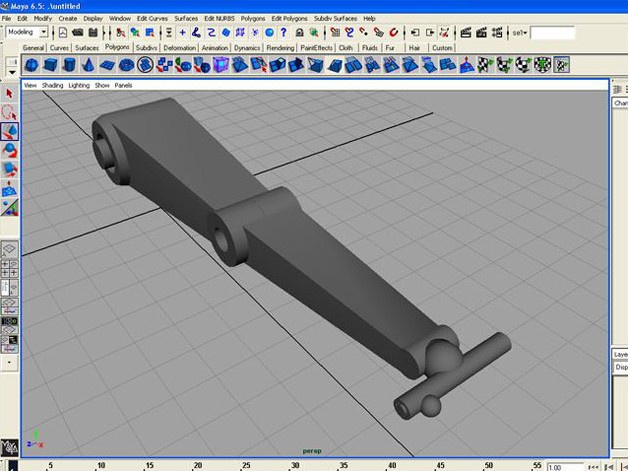 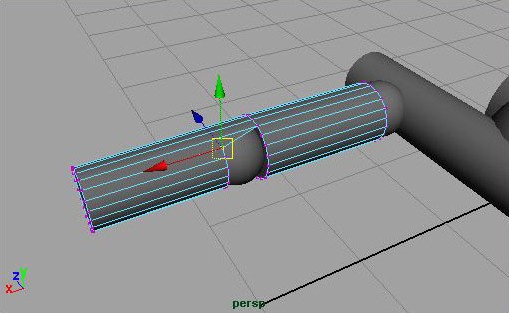 16. Ok now lets make the fingers.
17. Ok now I have took a cylinder for his finger . I took 2 cylinders which are actually combined and now I am merging the vertices. 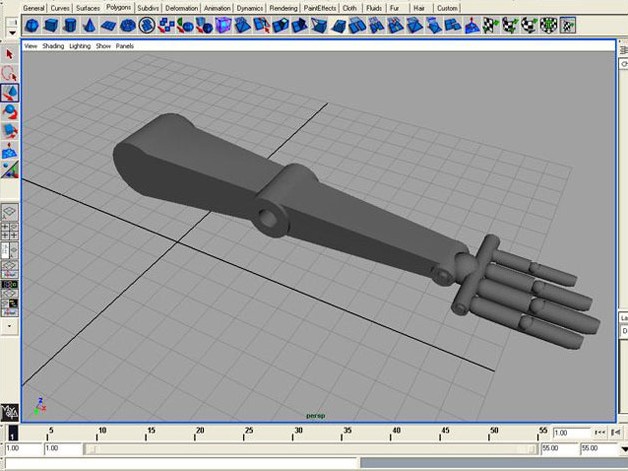 18. You can make more better fingers than this.
19. I have grouped each finger ok.. 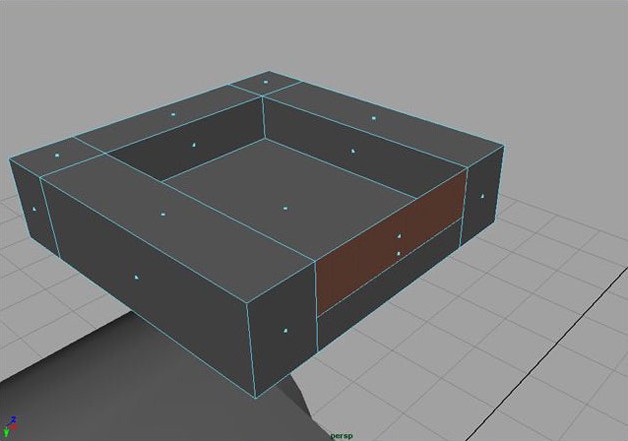 20.Now it's the time to make the hydraulics.
21. Lets make a nut for the hydraulic
22. Take a box and extrude it from the middle to make a shape like this. And deleting the outer face. Like this. 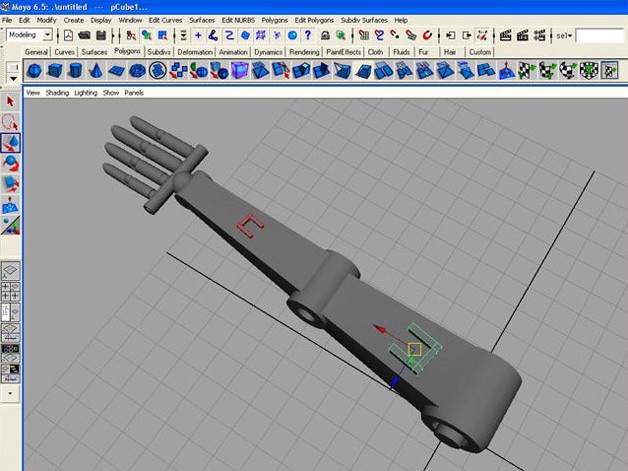 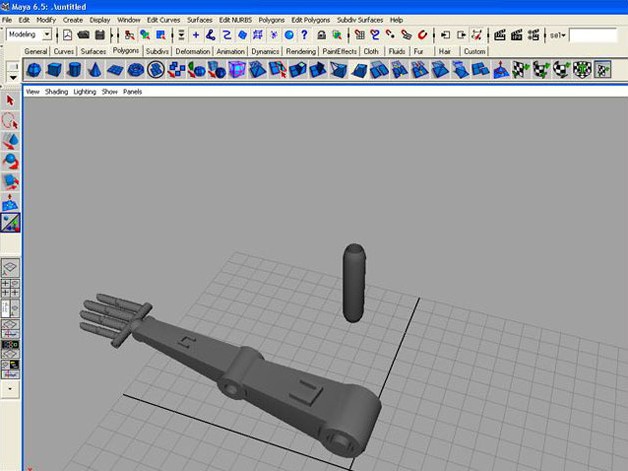 24. Ok now lets take a 2 cylinder for making hydraulic .
25. extrude and bevel it a little bit so that it would look like a hydraulic. 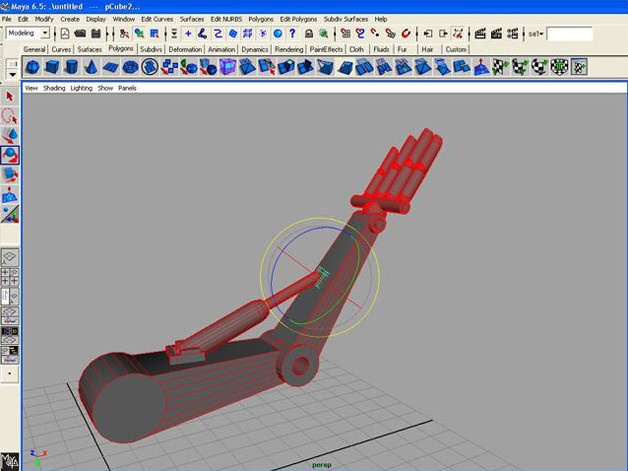 26. Ok now its looking like a hydraulic . So lets add some bars to it.
27. Now by assembling all parts together it looks like this. 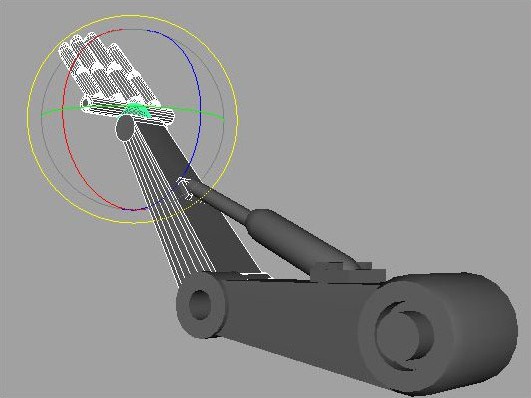 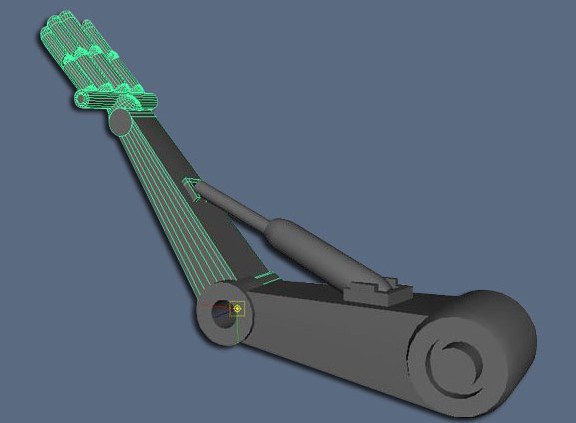 30. Now take the pivot of this group to the joint. 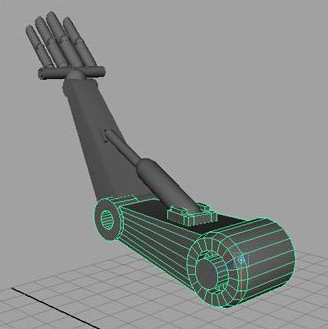 31. Now for the other arm , again make the group of the another arm and name it "arm 2", and take its pivot to the start to the second arm. 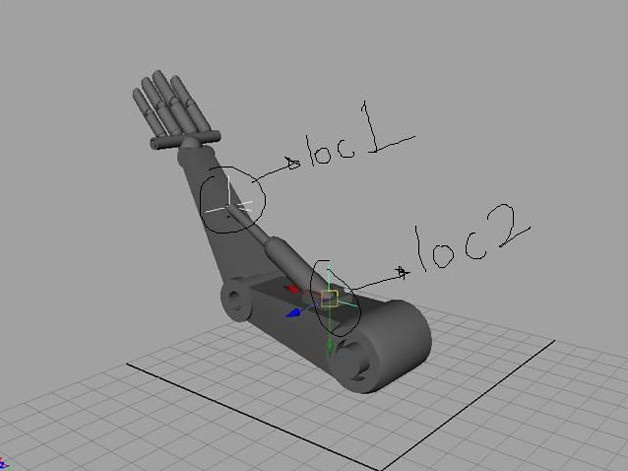 32. Ok now lets give them some constrains .
33. First create two locators , called locator1 and locator 2 , and place them as shown in the fig. 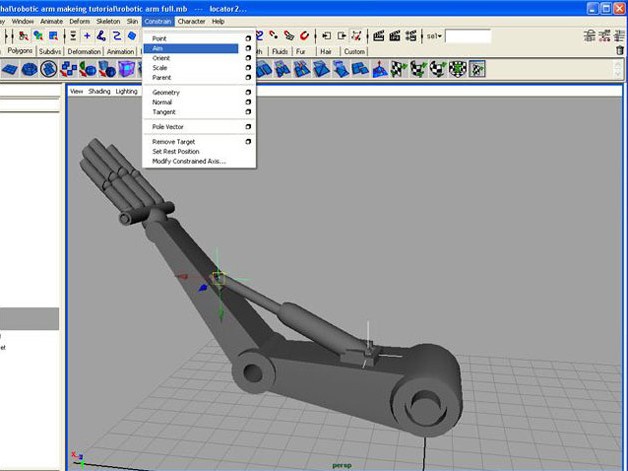 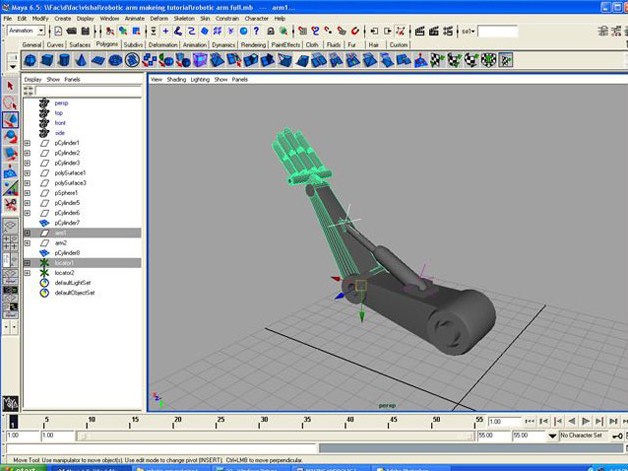 35. Now select your locator 1 and the arm 1 group and press p for making the child parent link.. 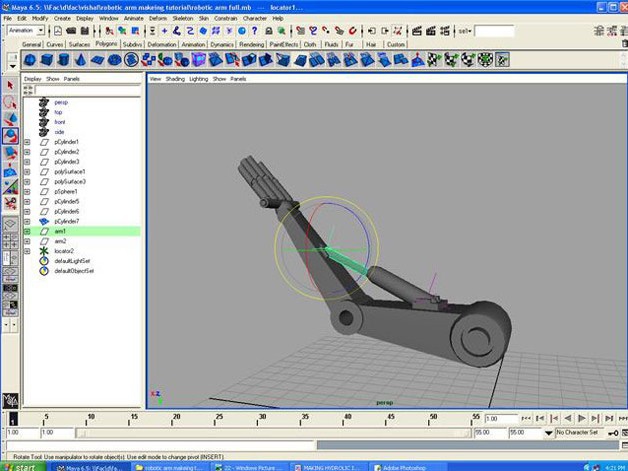 36. Now select the rod of the hydrolics and the locator 1 and press p for making child parent link between them.. 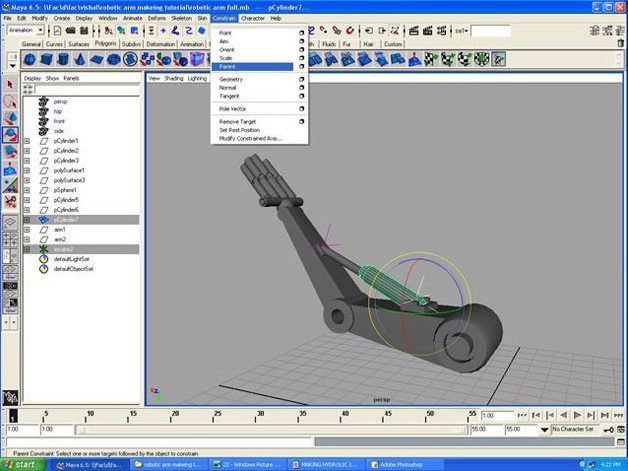 37. Now select the locator2 and the main hydrolic and give then a parent constrain.. 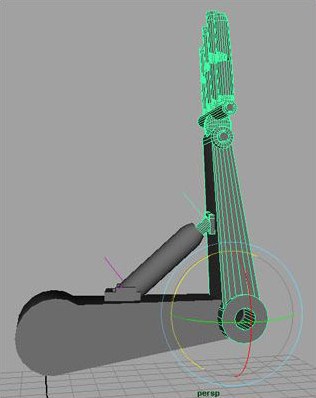 38. Now select your group arm 1 and rotate it in x axis the hydrolic will move accordingly..