First off I would like to thank the kind people at 3DTotal for giving me this opportunity to write a short tutorial on how I designed the wallpaper for my finished entry to the Dominance War 2 competition. I hardly consider myself a brilliant artist but I believe I can explain some concepts behind graphical design for wallpapers and other types of similar assets such as interfaces and so forth.

For this tutorial I will be using Photoshop and 3ds Max to create the finished result.

Create a new image in Photoshop at the highest resolution you want your wallpaper to be, so later we don't lose any detail with other sizes, in my case, I chose 1280x1024.

The first thing to start with is to create a base layer for your wallpaper, what will appear in empty areas, for my design I was going along the same style as my character, with a deep feel of darkness and 'grunge'.
As the character will be the main part of the wallpaper, I keep background colours dark and de-saturated, so the eye focuses on the character. I also find that if you are going to have an image that someone will stare at every time they turn on their computer, your probably not going to want to make it very vibrant and too hurtful on the eyes, of course, this is just my opinion, some people like very colourful wallpapers.

I also applied a photographic grime overlay to the background to give it a nice texture which will suit the character, depending on certain characteristics you could go with certain patterns but it best to stay simple and keep this effect subtle.

So right now we are left with a pretty basic background. 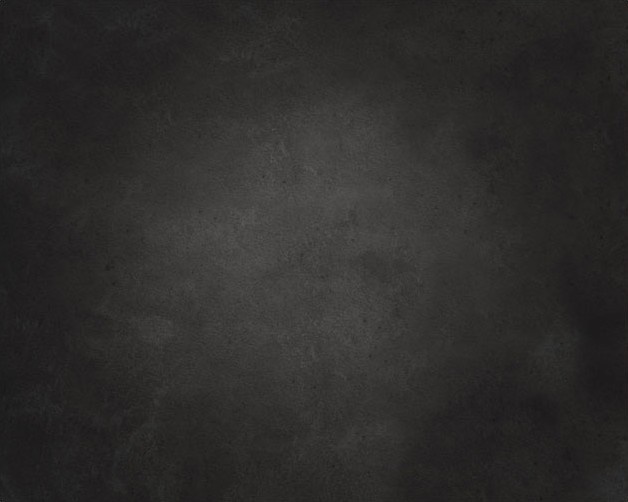 The reason I made a large bright spot in the middle was to both give the whole plane a 'lit up' 3 dimensional feel, whilst also diverting attention to the center of the screen, otherwise it will just look like a tiling texture.

Now set some borders, this is also just a little style thing I like to include but it has a simple purpose also, just to cut off the end of the image, and contain the important items within it.

For example, when a person does that cheesy L-shape finger thing where they pretend to be picturing a photograph.

I kept mine very simple and just created some faded lines with the gradient and box selection tool, not the hardest or most amazing feature but it's a chance to be creative. 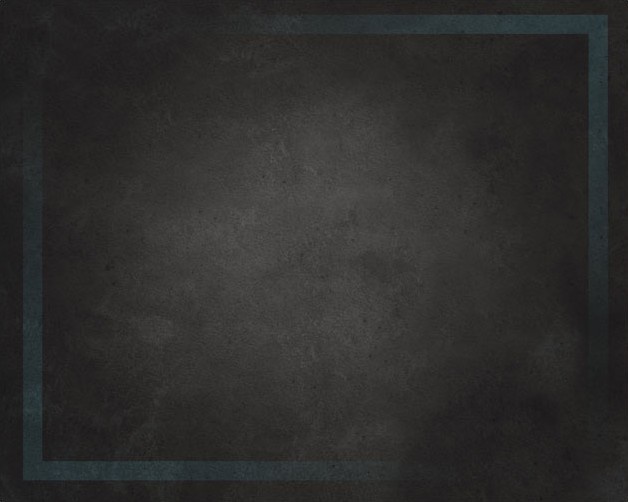 Right, enough gibberish, now we are going to want to position our character or main feature of the wallpaper into the canvas.

Before rendering anything you'll want to think about posing and positioning, remember that on an average PC desktop, most icons are all the way on the left, so you don't really want those covering up your character or any important text, even stuff like the start menu popping up, you may want to think about how to keep your main feature un-obscured from sight.

Ok, so you've posed your character and got an idea how you want it overall, so render your image with any fancy techniques if you must then go to save it and choose the .TGA format. I use this because we can export the render with an alpha mask which keeps only the rendered objects and not the default background.

Open the new image in Photoshop, go into channels, hold 'Ctrl' and click on the thumbnail of Alpha 1 to get the white selection of the alpha mask. Go back into RGB and copy this selection, then simply paste it into the PSD with your background.

As it is a separate layer we can do some painting behind it without muddling up the original image. Just play around here and add some soft shadows to the background with a burn layer, as well as adding some bright spots to give the illusion the light hitting your character is reflecting back onto the canvas.

Depending on the depth of your scene/character you could also whack some Blur on distant areas to give a fake DOF look.

But in the end, just keep it simple, just make it about the character, don't make something that's too heavy on the eyes like a full blown war scene.

Next I decided to add the Dominance war logo, obviously because it was a wallpaper for that event, so I merely copied it into the image and clean up some edges so it went well with the background. I kept the same overall colour scheme of the character and made it heavily blue by simply shifting the hue and adjusting some levels, we don't really want any foreign colours to hugely stand out and we also want it to fit the style. (In this case, the character looks like he's got some sort of weird mana fusion thing going on all over his body).

Positioning the text is pretty much the same procedure as with the character, but take into account its size and opacity, is the text more important than the character, should it be bigger or should it appear weak, and is it 'that' important? That is why I made my personal details (name and website address) very small and placed underneath the title of 'Dominance War'.

I ended up placing the main title at the top of the wallpaper, head height with the character. I find this an important aspect as you want to be able to present the image properly after the text, for instance, it is better to have the face presented after the text rather than the feet.

This is the point where all that is required has been finished, your characters in there, the text and details are there, you technically don't need anything, but if your like me and you have the text at the top instead of the middle and the character all the way on the left instead of a dramatic pose in the middle, you are going to have a large open space.

Now you can go with whatever you feel like should this happen to you, I simply added a different posed shot of my character with the opacity toned down and also slightly scaled down not to obscure the main shot, this ended being a pretty cool space-filler and shows diversity to the character, that he is dynamic and in more than one position. This said, don't forget to leave some blank space as it also a good thing not to over complicate it.

Depending on how you actually rendered your image and its size, some of the character may not fit into the canvas, giving a feel that everything is 'squeezed' in or too compact, for instance when I made mine, I got some feedback that because the feet don't entirely show in the wallpaper, it gives a sense that the viewer must scroll down to view the rest of the character, and it just ends in a sort of 'uncomfortable' look.

So instead of forcing the main feature to be smaller and extracting detail, we can do the reverse and add detail to cover it up.

I simply created a cloud layer by blending some colours in Photoshop with filters and erased a lot of the centre and used this layer to cover up where the feet meet the border, this adds to the image rather than taking away, and boosts the theme of the scene. 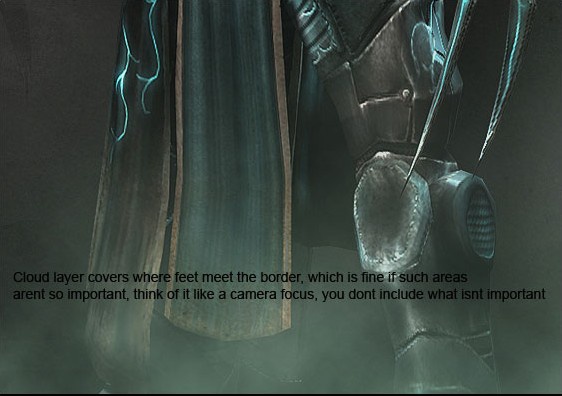 As for sizing, you should have developed this in the highest resolution that you wanted, so it is just a matter of going to image > image size and typing a lower resolution, when scaled down, you'll find that any sharp details will be blurred and anti-aliased to an extent that doesn't really look all too brilliant, so just apply a 'sharpen' filter afterwards which should make every pixel count once again.

And that's pretty much it, as I said im not the most brilliant of artists but then again, a lot of good wallpapers aren't exactly brilliant art, simplicity is successful, don't over do it and just make something that is cool to look at, not a challenge.

Well I hope this helped a bit with some basic design aspects, thanks for reading! 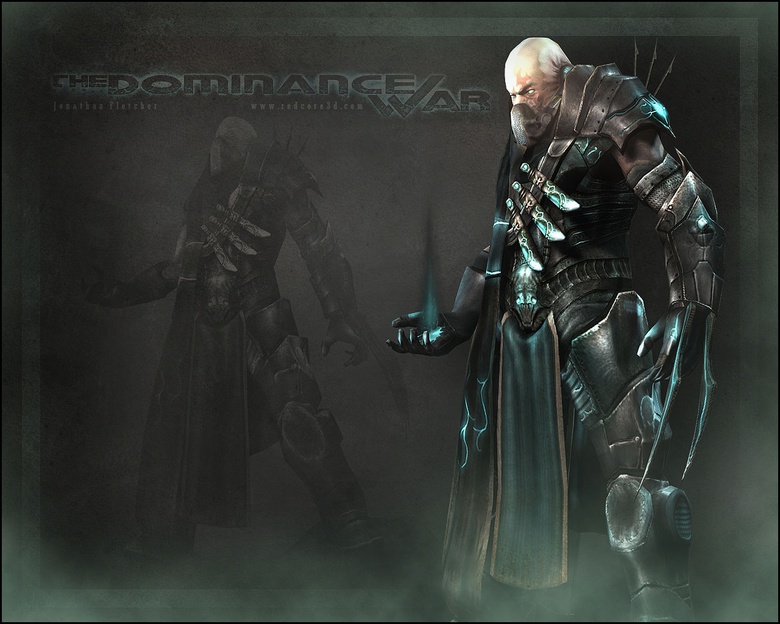