For this image I actually 'drew' (scribbled) out a concept, something I don't do for every project. Because I knew I wanted to work with fisheye lens perspective, I felt the need to see if it would work. However, I made the mistake of not testing the dragon in 3D. When using a weird lens, don't think you can anticipate the effect, let alone paint it. Test it out in 3D and save yourself a headache or three later on...

Retopology was done in 3D-Coat. The retopo tools in this piece of software are super solid! It just works the way you want it to. A good tip is to start with the /big/ quads, laying out the flow lines and loops. It's so much faster to add extra loops with one click in between others then to add extra loops all the way around manually. It also results in much cleaner topology in general. 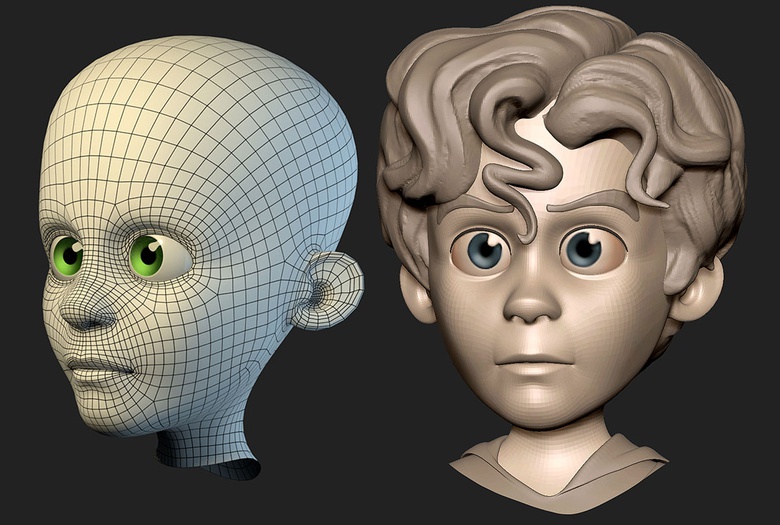 Speed retopo of kid, testing myself how quickly I could achieve something useable. Turned out to be about an hour and half!

One of the big reasons I like to use Marvelous Designer is that I don't have to worry about the UVs of my fabrics. Because you lay them out in a 2D view (as you would in real life) and simulate them, you can use the 2D layout as your UV coordinates without having to worry about your fabric stretching/deforming in places. Super cool! With sculpted clothing it's often annoying to get the patterns to flow right. 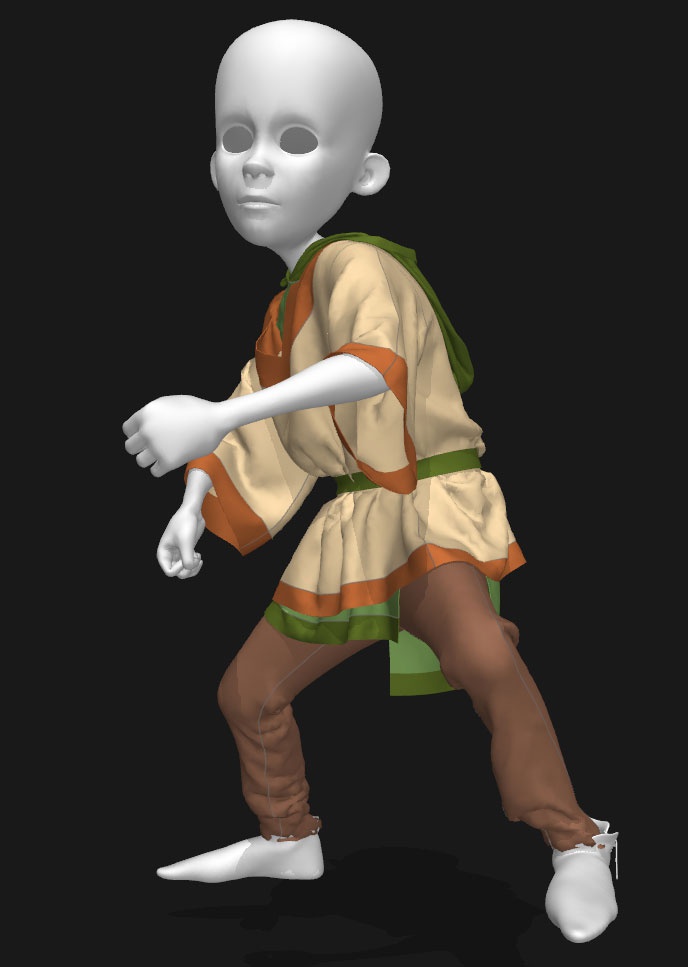 Simulating the fabrics with Marvelous Designer

When sculpting the expression, I thought I had really pushed it as far as I could - if I pushed it any further it just didn't look right. It turns out that the main problem was the shading model in ZBrush. When the character was fully shaded with textures applied and light scattering into the skin, it was a lot more forgiving and the expression I thought I pushed so far almost seems a little bit dull. Knowing that I can push it even a lot further is something I will keep in mind in upcoming projects. 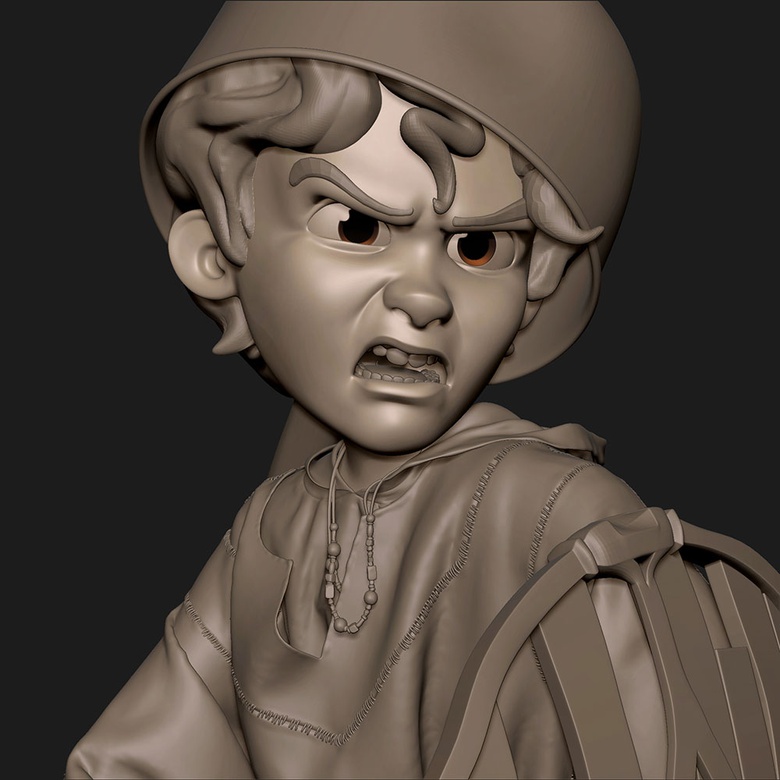 The character was textured with MARI. As for every step of the pipeline, texturing all started with finding good references. When I knew what kind of patterns I wanted to use for the fabrics, I found photographs on the internet and then cropped and scaled them to make them tileable so they were useable as a pattern. I like to think of texturing as building up layers (just like shading!). So first I would lay out the pattern of the fabric, and then use a lot of procedural noise patterns to break up the textures. After doing that, I hand-painted stains, dirt and dust layers, all to try to get rid of the CG look. This applied to all the materials that I painted - metals or wooden textures went through exactly the same process.

Since I switched to Maya 2016 lately, I chose to learn the ways of XGen for making hair. And holy moly, did I have a good time doing it! The real-time preview of it in viewport 2.0 is incredible - no need to test-render anything! This saves me so much time. 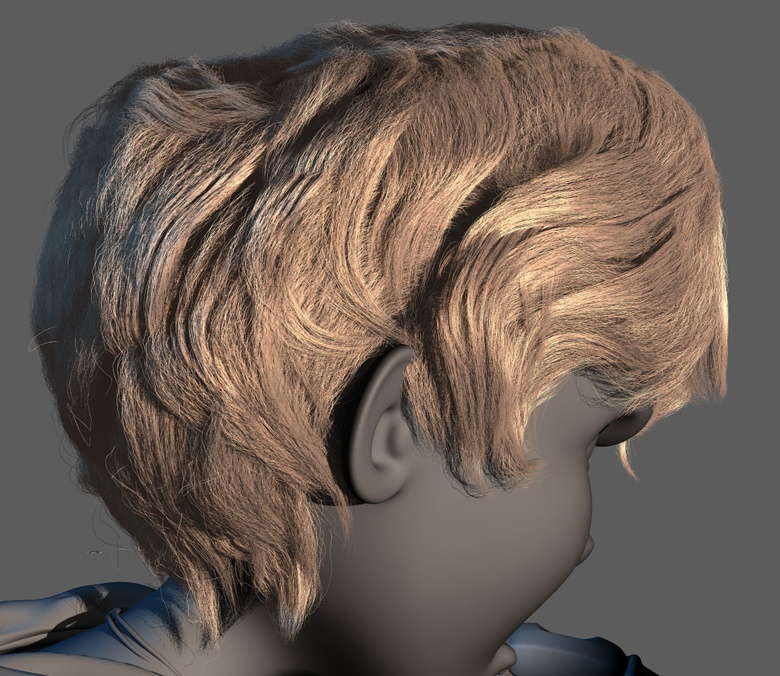 Before starting shading I make sure to create a properly calibrated, neutral light setup. Although it's important, it's not super strict though. You just want to avoid light setups that would influence your color or value choices. 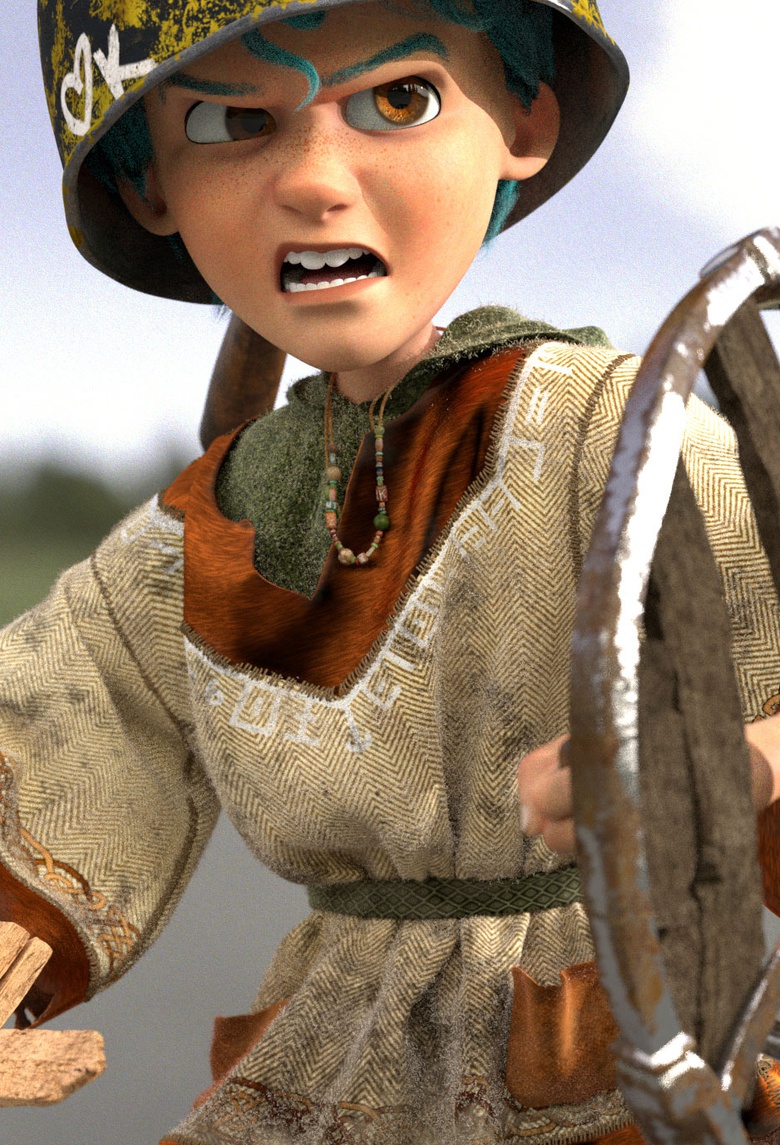 The metal on the helmet consists of four main layers. A shiny grey base metal, a shiny oxidized yellow layer, the dirty diffuse coating, and then a paint layer. The workflow is always the same, starting from painted or tileable maps and using some utility nodes to change their appearance (up the gain, lower the contrast, etc). Doing these operations non-destructively in Maya is much better than having to keep going back to NUKE or Photoshop to write out new images. 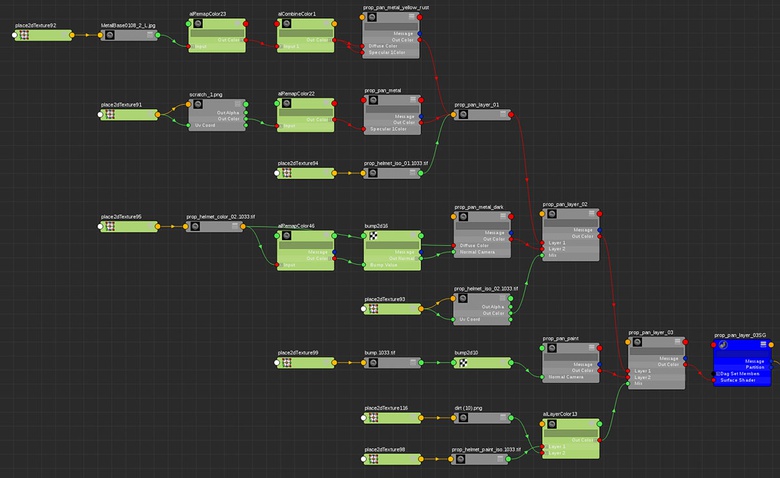 Helmet shader node graph. Read the shading networks from right to left, it's so much easier!

During a Zeiss talk at the FMX conference on the physical simulation of lens effects, my eyes were opened to the world of 'bad' lenses. I had never really thought about it!

Whilst the Zeiss researcher was talking about bad lenses - because they are optically not perfect - for us CG artists they can be incredibly interesting. Optically imperfect optics can add a much-needed imperfect touch to your perfect computer-generated image. 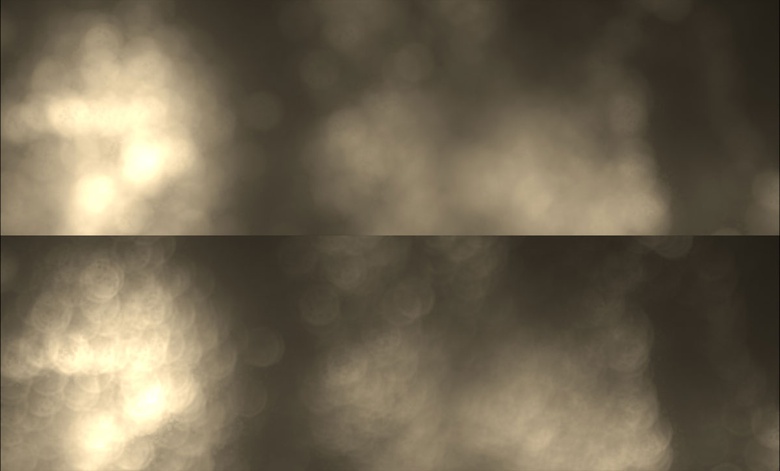 It is important to get the displacement maps working correctly first, with just a grey material applied. By doing this you can really judge the forms of the model properly, without getting confused with other surface properties like sub-surface scattering which might hide mistakes you made.

For each shader, I try to figure out what the different maps would look like before I start. Even when you're just walking around on the street, this is an invaluable exercise to be doing. Pass a street lantern. Okay… What does the spec map look like? What does the diffuse map look like? Is it mainly relief that's causing surface breakup, or are there big differences in specularity too? That kind of stuff. Just look around and actually look.

I used Sony's 'spi-anim' OCIO profile in NUKE instead of the default 1/2.2 gamma curve to display the scene linear image. This gave me highlights that didn't burn out and really improved the overall look of the image. Always remember that the usual 1/2.2 gamma curve is just an approximation too and can be tweaked.

To see more from Zeno check out his website