I am 3D generalist with focus on character art and all aspects of it's production. Organic and hard surfaces modeling, anatomy, Uvs, texturing, shading, lighting and rendering, Basic knowledge of rigging and intermediate animation habilites. 3D concept art.

This project was made during my mentorship with Rafael Grassetti and Glauco Longi in the Forge Club. As I knew the time would be a big issue I took all the shortcuts I knew.

I started from a previous project base mesh and made a pass on the anatomy and proportions to match the concept art by the amazing Daehun Park. After I had a basic body I’ve blocked out all off the armor pieces as quick as I could using 3ds Max. This method saved me a lot of time because in the end I already had the final topology and UVs for all of the armor.

The only exception was the chest plate which I did by extracting the geo from the chest in ZBrush, smoothing the anatomy and sculpting the under-plating following the concept. Still in the time saving mindset, I separated the shapes in polygroups to drive the ZRemesher. This way I was able to produce a good topology in no time. To finish the chest plate I’ve opened the UVs in 3ds Max and got it back to ZBrush. 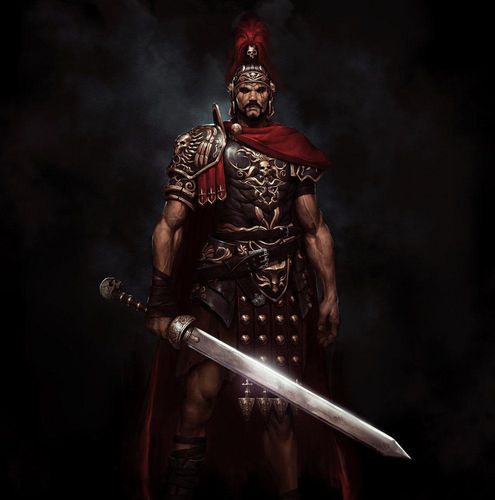 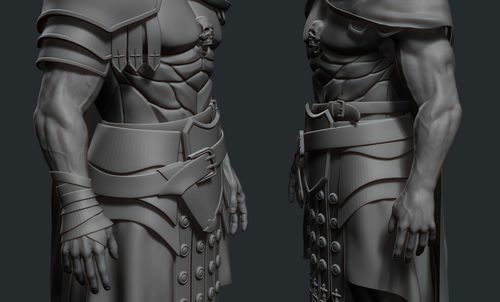 The next step was to figure out how to do the armor engravings as quickly as possible. The way I did this was by painting the patterns in the armor using masks, extracting the masks and sculpting the result to give it a 3D look. I also sculpted a basic skull that I then cut, posed, and stylized in different ways to get all the skulls in the details. For the details I wasn’t worried about topology as they would completely vanish in the final result, so I did it all in ZBrush using some occasional ZRemesher only to help me get a cleaner result.

I made some attempts to simulate the cape in Marvelous Designer but with no luck, so I ended up sculpting it by hand. I wasn’t satisfied with the result at this stage, but at least I had all the pieces together and could visualize the character for the first time, allowing me to make changes in proportions to best represent the concept.

With all the engravings in place I moved on to project them in the original armor pieces by using the ZProjection brush. This process can be a little dirty if you don’t take care. The trick here is to constantly rotate the model in order for the geometry to deform in a clean manner. I wasn’t too concerned with the refinement as I was to later add battle damage and banged metal look that would completely ruin any pristine hard surface work. If I had more time I would probably make a retopology of the pieces by hand, but this would have to do for now. 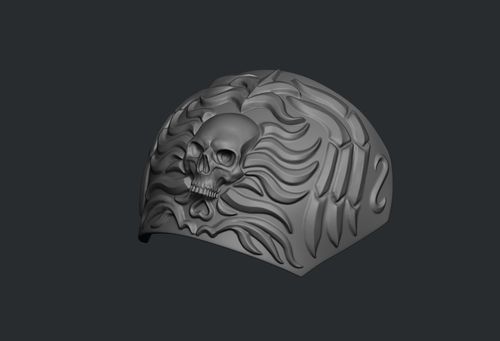 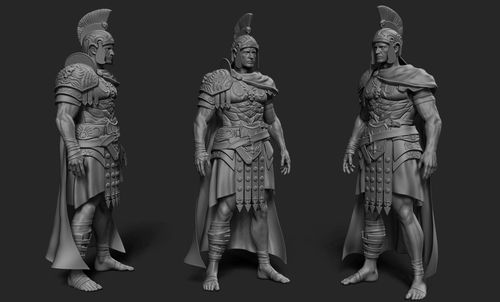 The battle damage was created by hand, using a combination of the Clay, DamStandard, and TrimDynamic brushes.

It was time to detail the body and head now. After putting in the primary and secondary shapes I needed more resolution to sculpt the pores, so I separated the model into 4 parts, head, torso, hands, and legs. Detailing these parts separately leaves seams that I proceed to clean using a method that I explained in this 3dtotal tutorial. 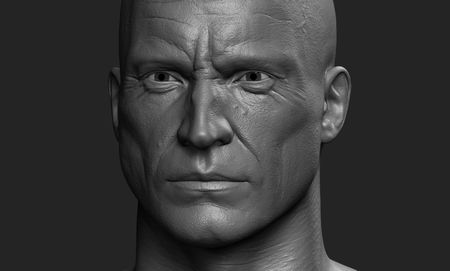 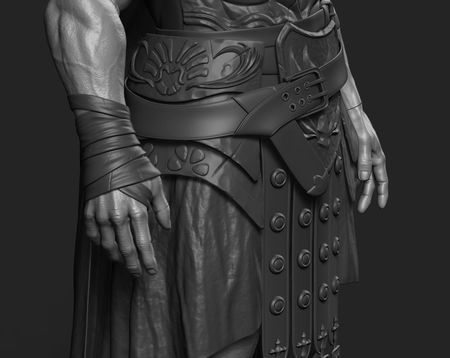 I was happy with overall details at this stage, but the cape still didn’t convince me, so I re-sculpted the cape by hand giving it much more volume. 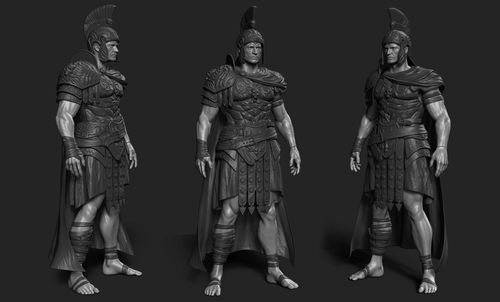 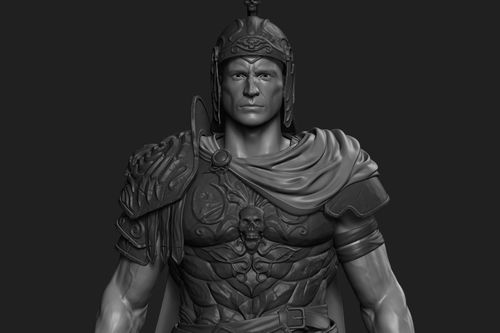 I exported the armor at level 2 subdivisions which was light enough for me to rig and still retained some of the silhouette of the details. I also exported the hi-res model to bake some normal maps in Substance Painter. With all the baked normal maps I painted the textures and added some tertiary details to the armor in substance. This way I was able to escape using displacement maps for the armor in the final renders. After exporting the textures it was time for some first render tests using V-Ray in 3ds Max. 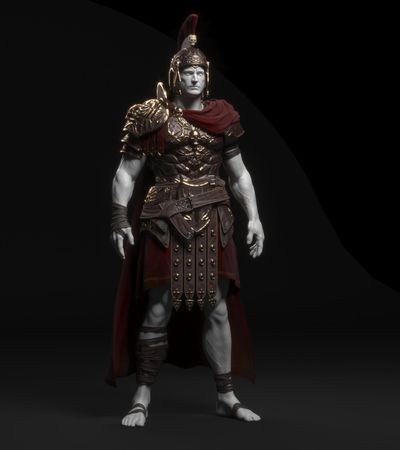 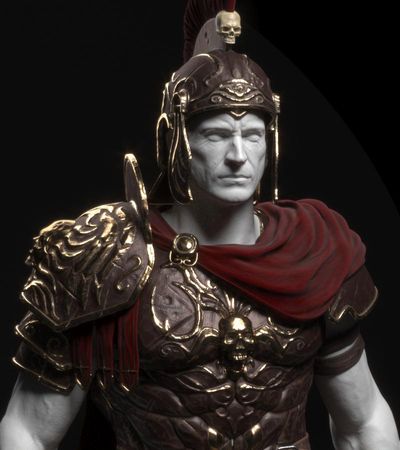 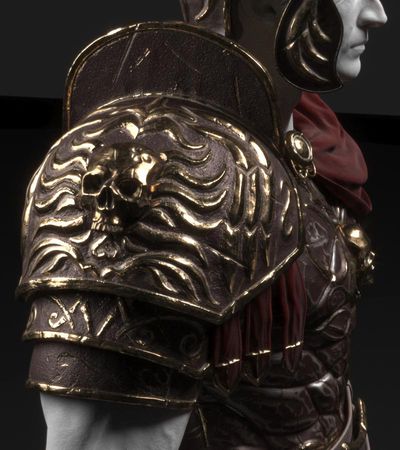 The texture for the body was painted in Mari, as well as the initial displacement maps I used to detail the face. The new all-surface shader worked nicely for the skin. There goes the first skin render tests. 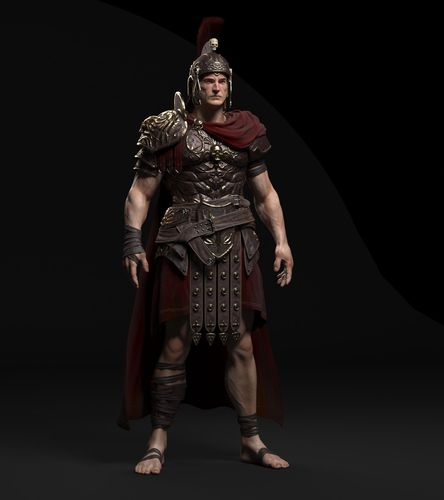 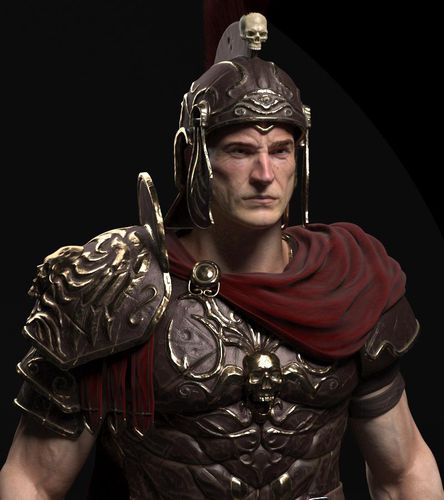 Grooming is always hard for me. As you can see, my first attempt at the goatee wasn’t very successful. I dropped this idea for a while, and focused on the environment, before going back to the grooming. 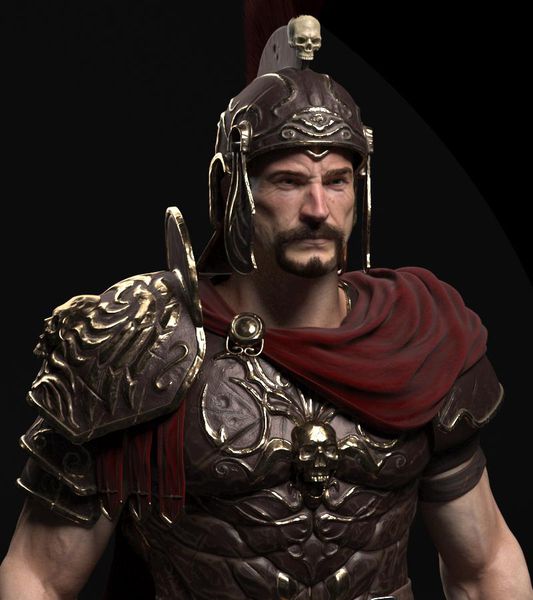 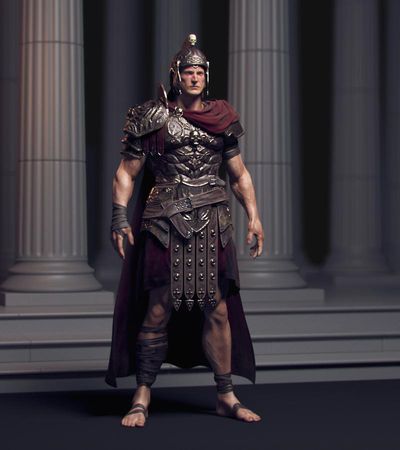 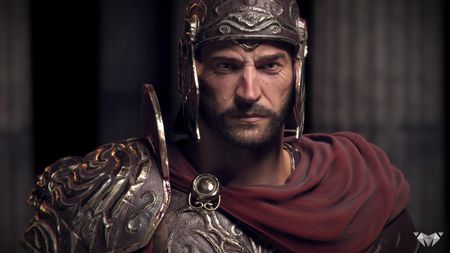 As you can see by my wireframe, the model didn’t capture all the engravings alone, it depended heavily on the normal maps for the end result.

After painting some more dirty maps for the skin and the armor in Substance Painter, here are some more images of the final model. 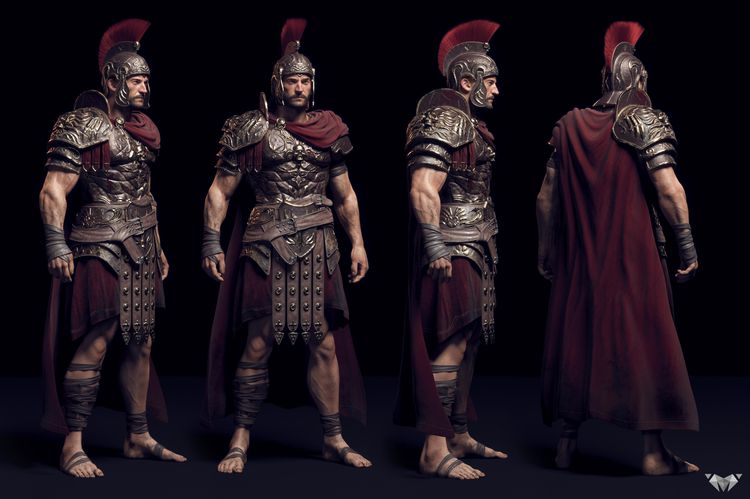 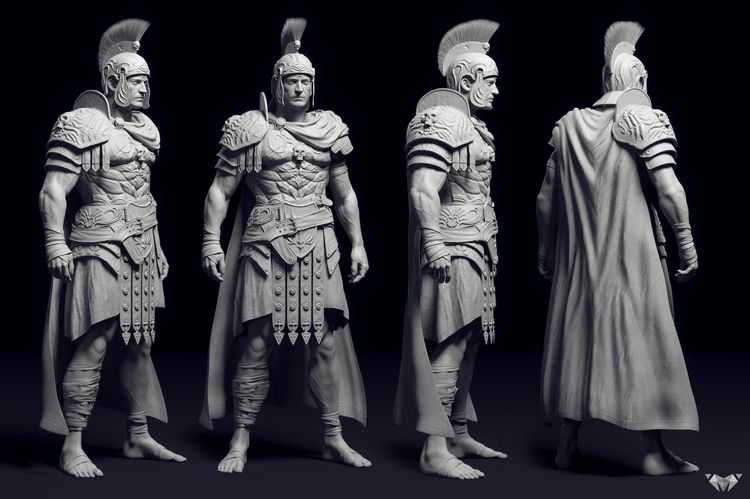 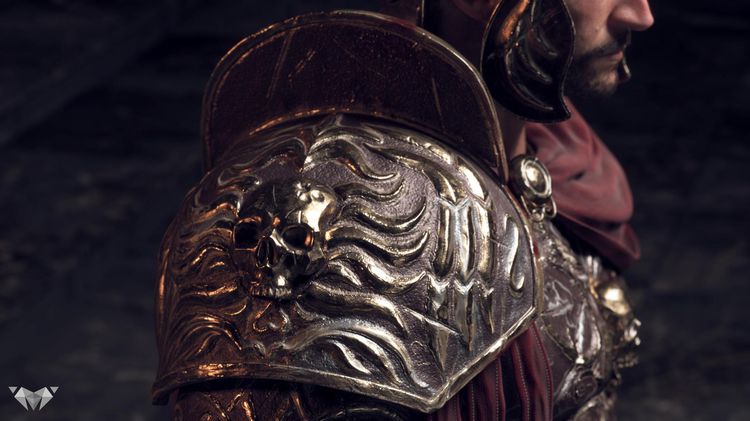 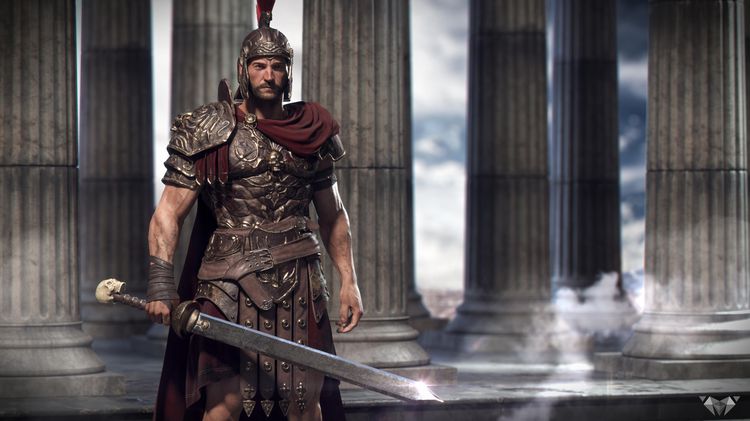 This project was an awesome test to my workflow. At the time I didn’t know any other character artist that could give feedback, so the mentorship was the perfect opportunity to test myself and I surely evolved a lot with Raf’s and Glauco’s feedback.