In this tutorial, I will show you how I created the image A Night Like This based on the artwork of Mike Henry, an amazing artist. This includes the modeling, texturing, grooming, rendering, and compositing. I used XGen for the hair groom this time.

I started by building a basic 3D sketch with the proportions of the character by using cylinders and modified spheres. In this way I can correct and modify the character before I make more details. For this character I sculpted the hair so I can use it as a guide for the XGen grooming later. In this case I started with the face, and after I was happy with the face I sculpted the body and used Dynamesh to integrate the model. With the decimated model I make the topology in Maya. 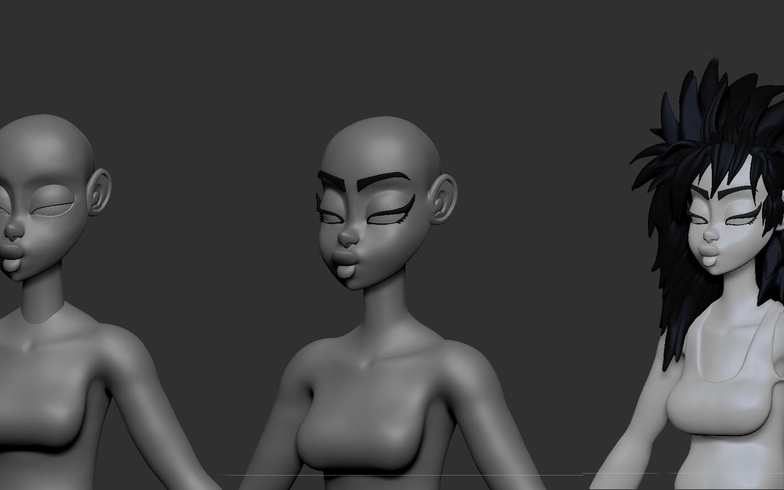 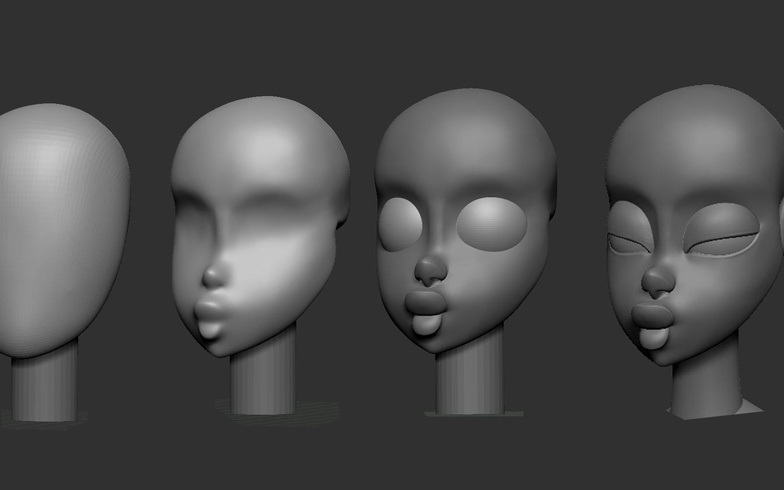 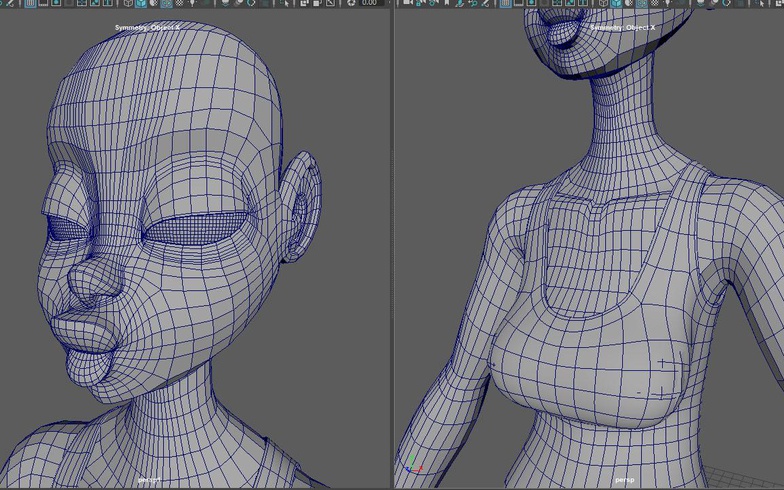 After I have the shape of the body I use the Decimate tool and use that decimated model in Maya. I like to use the body shape, make it live, and then use the Maya model kit to make the character’s clothes. This gives me more control on the topology from the beginning. The Quad Draw tool is very useful for this. In this case I first made the black shirt and then the net shirt in which later on I will use an opacity map to create the net.

After I have all the clothes and body parts of the character, I make the UVs and then return to ZBrush for the cloth details. I also textured the face in ZBrush. I like how easy it is to make skin imperfections in ZBrush while keeping them a little subtle. I think that´s important when making a more stylized style. For the jewelry texture I used Substance Painter. I really like to use generators to make a little metallic rust and how much control this software gives you to make metallic textures. I also made the netted shirt texture here, it was really easy; I just used a squared procedural texture and used that on the transparency channel, so I could get that net. After that I just exported the textures and proceeded to make the lookdev in Maya. 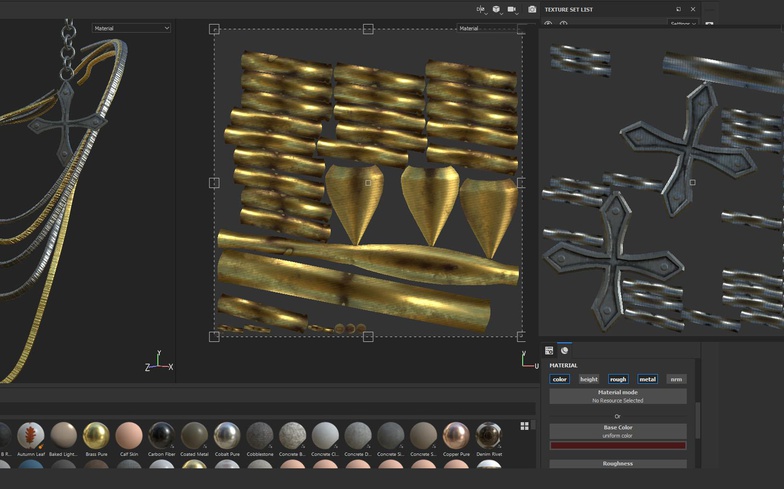 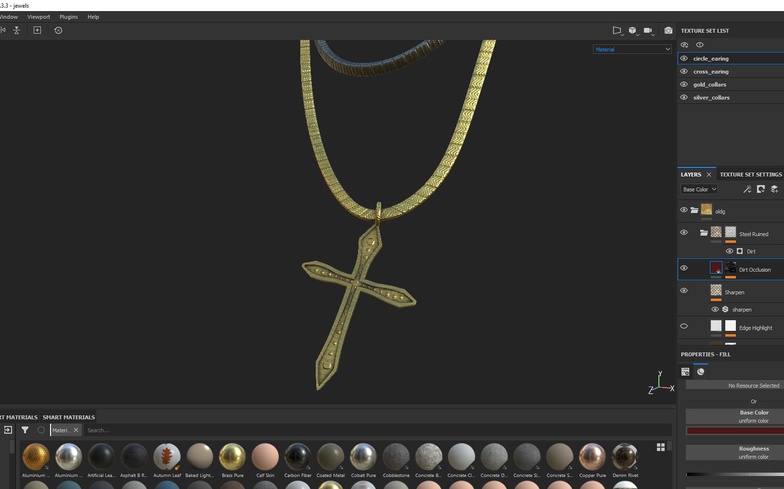 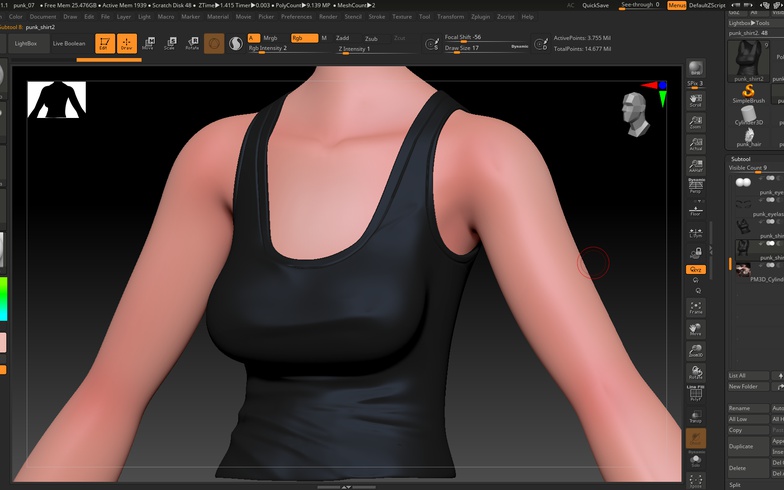 Since this was only a portrait image I decided that it was better first to rig the goth girl and pose her, and then make the grooming, so I made the scalps for the groom on neutral pose. After the girl was posed I started the grooming. I used the sculpted hair as a guide for the XGen guidelines. To have more control I separated the hair in sections and created a description for each section of the hair – this gave more control to make the groom exactly as I wanted it to be. 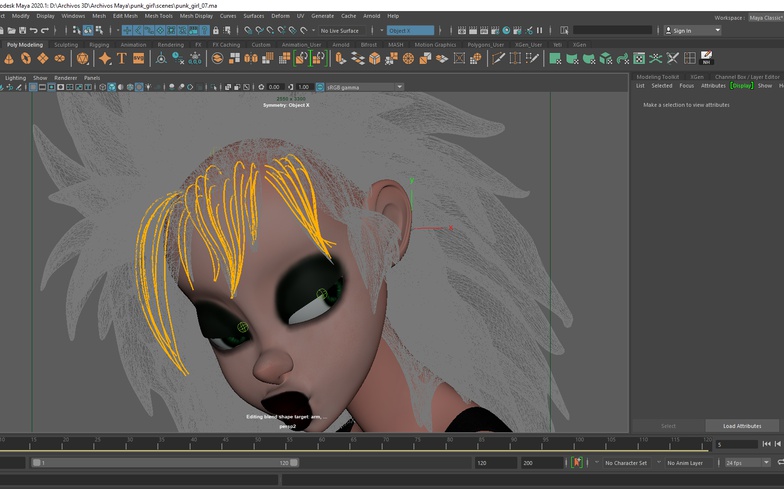 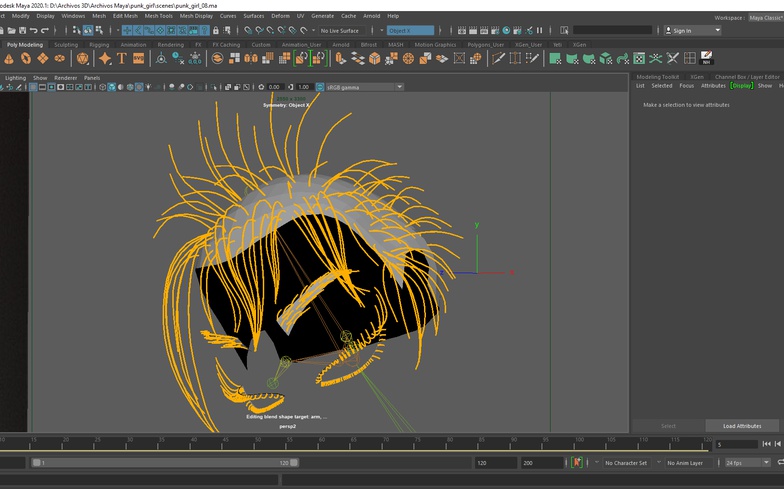 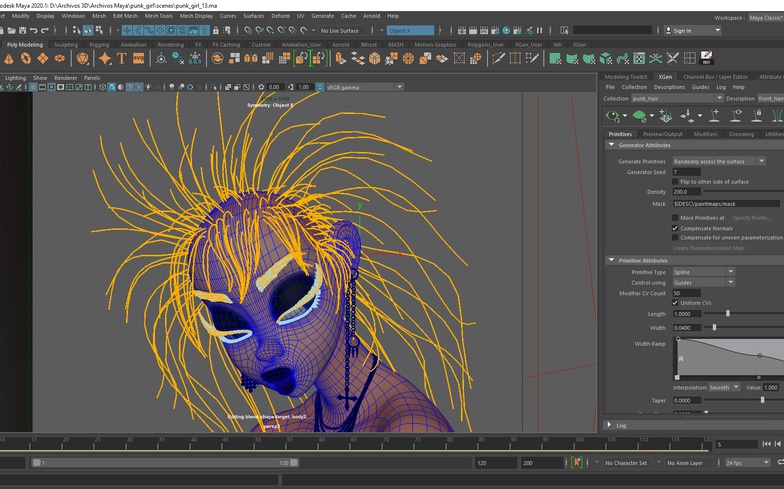 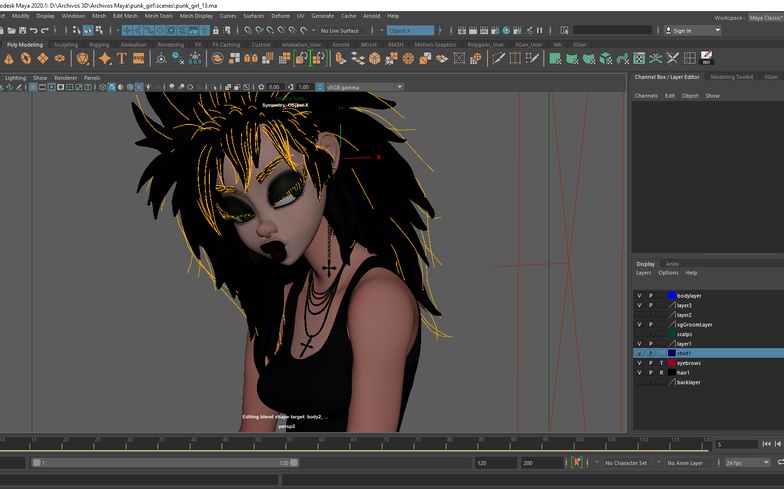 I used a three point lighting setup for the illumination; a key light, a fill light, and a rim light on the back. For the final render I rendered the girl with an alpha channel. The background was rendered separately so I could have more control on the image. I just made a few adjustments of levels and contrast in Photoshop for the final image. 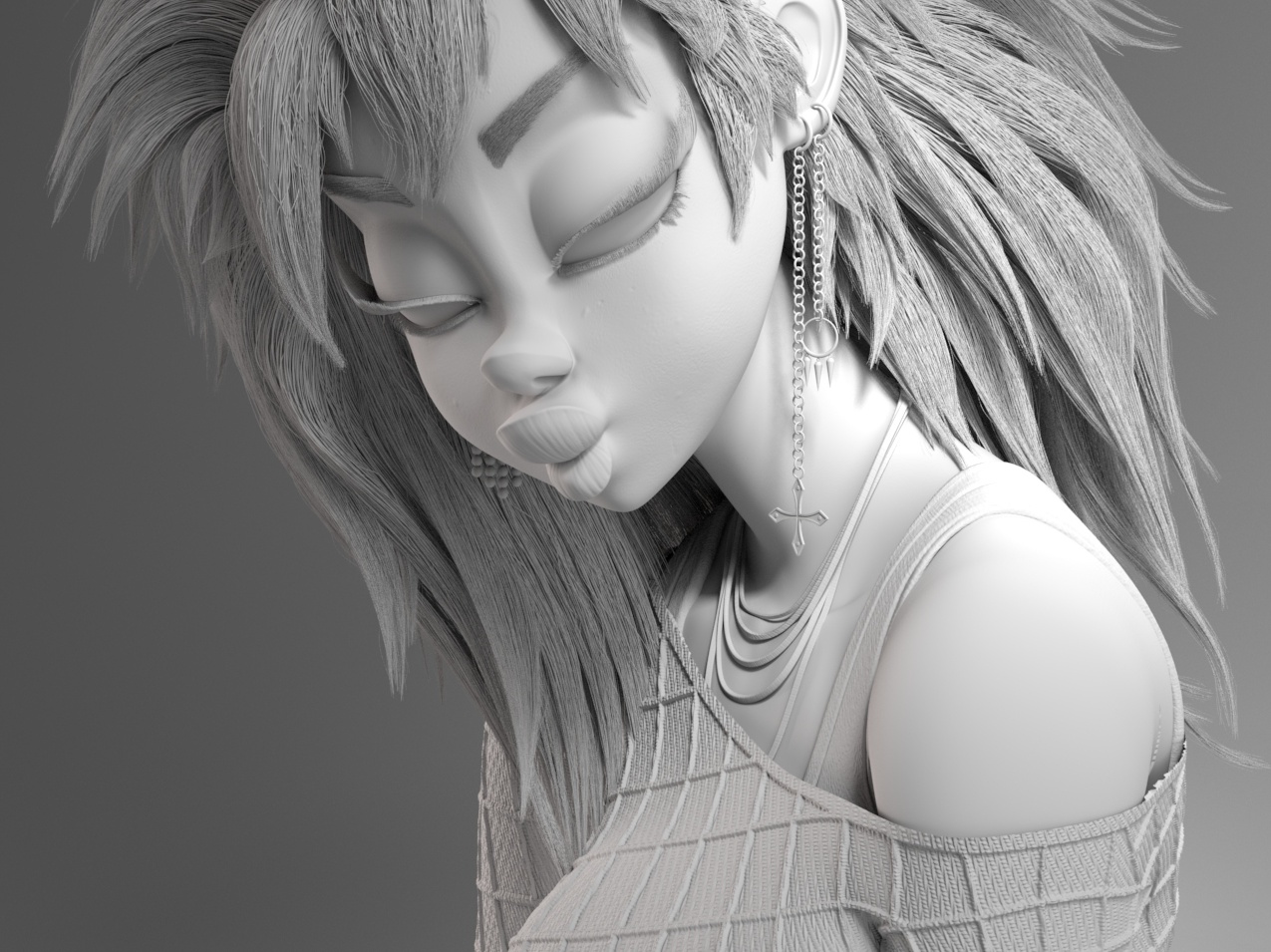 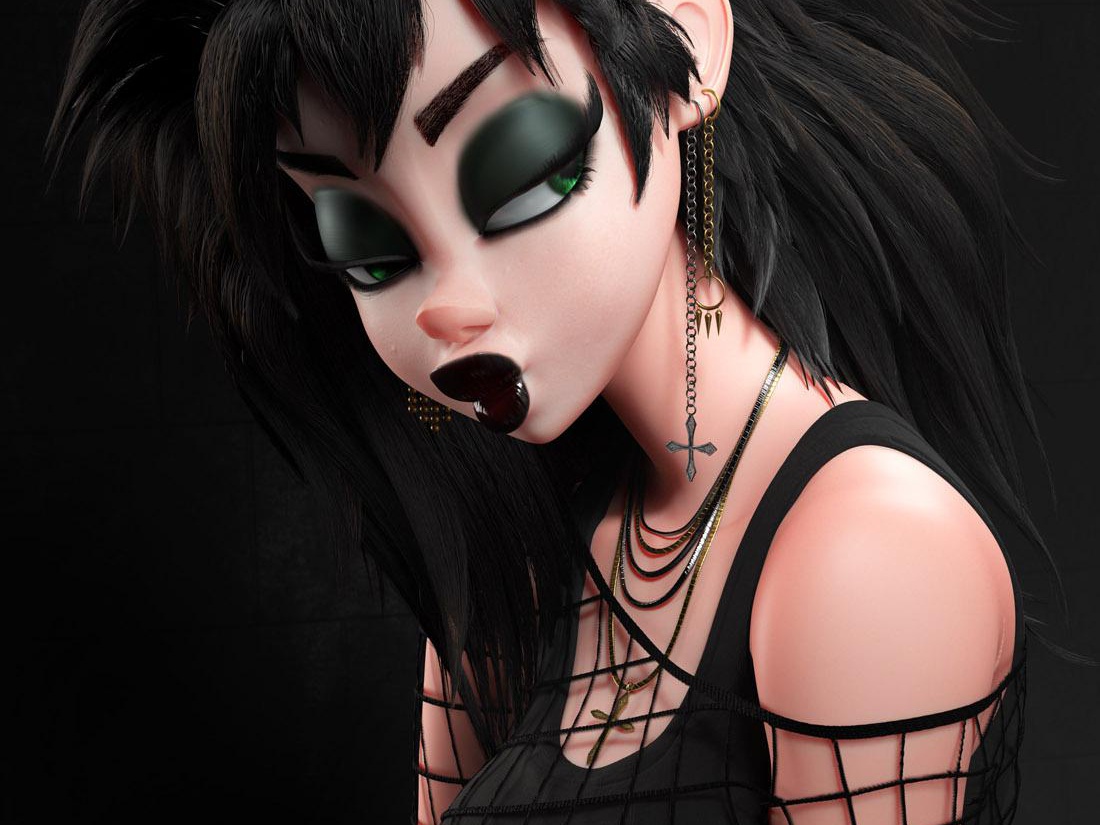