Hello, my name is Karagiannis Stavros. I am a 3D character artist and 3D generalist based in Greece. In the following making of I will show you how I created my latest project “Bloodsport” JCVD which is based on the 80s movie “Bloodsport” starring Jean Claude Van Damme as Frank Dux. 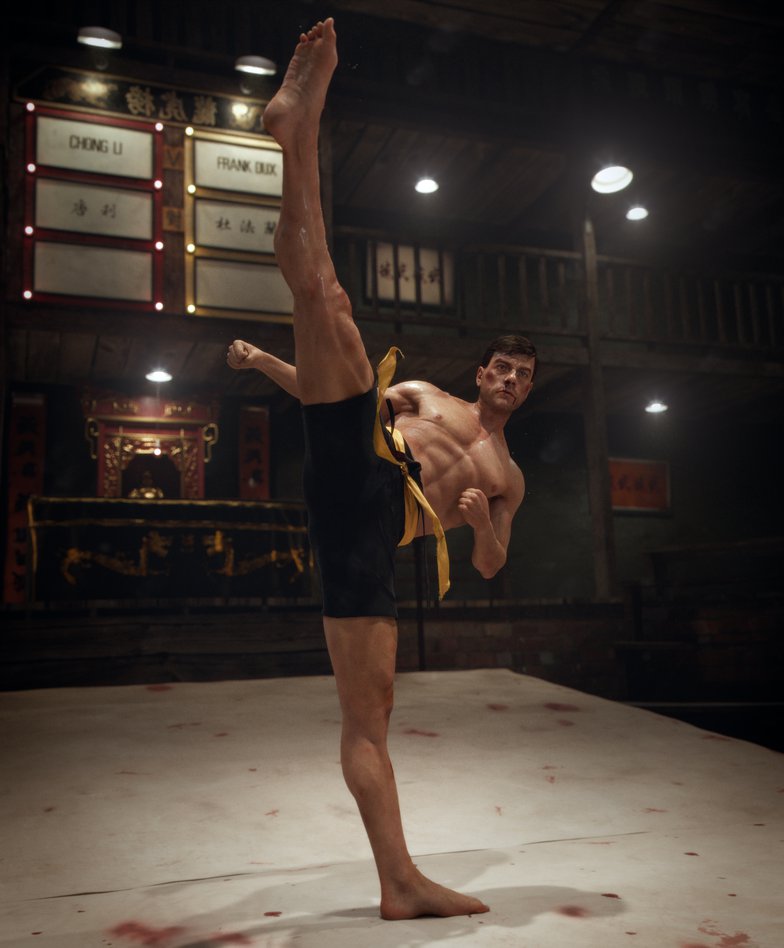 I collected many JCVD images from the internet as well as screenshots from the “Bloodsport” movie to get the geometry information, textures, lighting, feel of the set, and the whole movie. I also used this info to color grade the final images. Since the kick pose is very dynamic with skin folds, wrinkles, and so on, I also collected kick photos from different people and angles just to make clear in my mind some anatomy questions concerning the body mechanics of the pose and the skin deformations. I used the handy software PureRef to view my references in tiles, where anytime I could zoom in to see details. 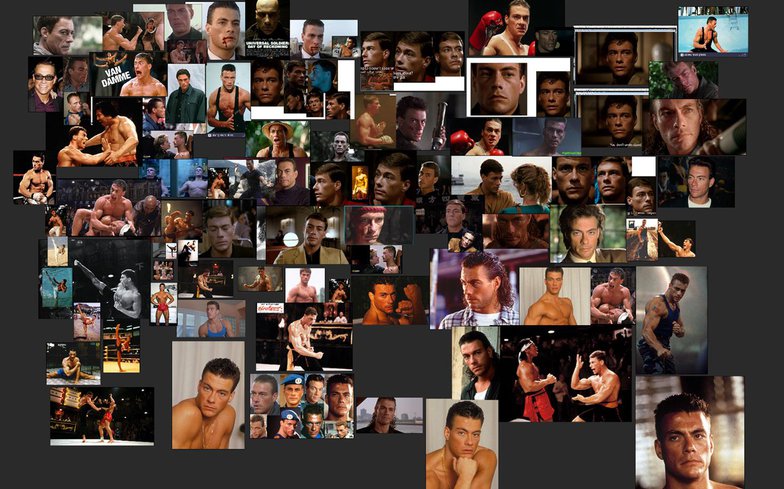 I started in ZBrush by blocking the main forms of the body in “A” pose. Since the character would be wearing shorts I made the body in 2 different meshes so I could keep the polycount more manageable during sculpting. The model started from dynamesh sphere and I retopologized the mesh twice during the whole process until I reached the final result. 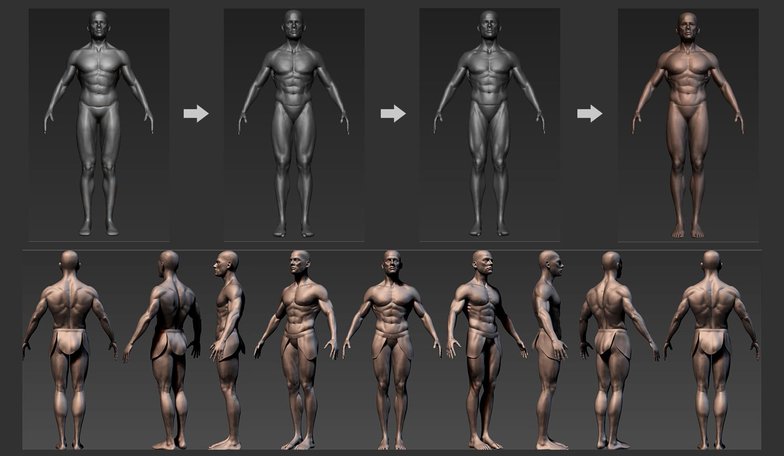 After I established the main forms, I posed the model by masking and rotating the body parts inside ZBrush. The whole process was very challenging and one of the hardest things was to give the impression of correct weight balance.

After the pose everything was sculpted without symmetry so it was very time consuming. I started sculpting more detailed forms, working around the whole body, and fixing bigger forms from time to time again. It was a back and forth process that helped me get the anatomy, morphology, and forms better.

After I was satisfied with the result, I entered ZBrush HD mode to work in an even higher polycount so I could add pores, wrinkle, and so on. All those details were hand sculpted in combination with some TexturingXYZ alphas. Simultaneously I started polypainting the model by hand to get the diffuse maps. All this time I would export the model from time to time to see how it would look in the render result inside 3ds Max, using V-Ray. This was really helpful with the likeness too, because perspective inside ZBrush is a bit different than inside 3ds Max.

Getting closer to the end even though I continued moving around forms to correct things. I kept adding even more details to the polypaint as the render would show me where and what needed an improvement.

All hair was done using Ornatrix inside 3ds Max. The combing was done by manually directing the guides to get the final hairstyle. For the body hair and peach fuzz I used the surface comb function where you just place some arrow guides to give hair a direction. I also polypainted blacks and whites inside ZBrush and extracted maps for the control of density, multistrand, frizz, and so on. For the hair I used a couple of different hair layers in order to have better control and variation.

The shorts and belts were created inside Marvelous Designer. I imported the JCVD model and created a pattern to embrace it as shorts and belts. Since I am not an experienced cloth designer I searched the internet for pattern ideas and then made one by combining things I found. With a bit of RnD and testing I reached the final result.

I imported the shorts and belt meshes inside Substance Painter and after working on the materials, adding some slight grunge, dirt, and noise variations for realism, I exported the maps.

Using stills from the movie as reference, I recreated the whole scene as detailed as I could to the point it looked good as a background on my renders. Modeling, texturing, and shading was all done inside 3ds Max. The flags and the hanging banners were done inside Marvelous Designer and then imported to 3ds Max.

The scene had many lights and since I used Alshader with Subsurface scatter on the JCVD model I had to use high render settings and AA to get the details depicted. I rendered the whole scene in one pass, with one pass only for the visible sweat geometry, and higher render settings to avoid extreme flickering and noise (since the sweat geo was full refractive/reflective and small in size). Finally an atmosphere pass so I could push it more or less in post in order to show the volume of the lights.

Inside After Effects I composited the rendered passes. Then I color corrected the images, and color graded based on the original movie color grading to get close to the same feel. On top of it I added some post effects (lens effects, motion blur, and so on) to enhance the realism of the final render.

Taking the model in the highest subdivision level (not in HD mode), I freehand masked where I wanted the sweat to be placed. Then after selecting the desired thickness I pressed Extract in the SubTool panel. A new geometry was generated showing how it would look. After pressing Accept, a new SubTool was created with this geometry. Then I Dynameshed it with a fairly good resolution (512 was okay for me) and by inflating and balloon inflating in the Deformation panel, and by manually smoothing and inflating areas I got the result I was looking for.