Ever wondered if MODO could be right for you? We asked Jahirul Amin to check out MODO 701 from a new-user's perspective, to help you suss it out! 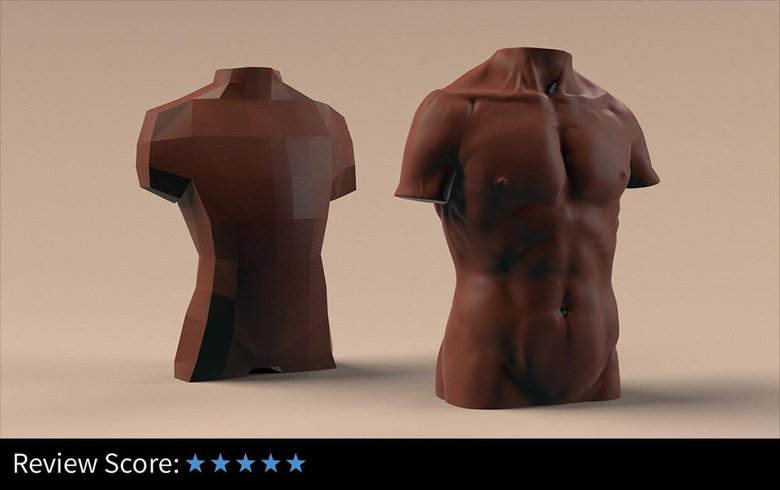 Ever wondered if MODO could be right for you? We asked Jahirul Amin to check out MODO 701 from a new-user's perspective, to help you suss it out!

Thanks to the kind folks at 3dtotal.com, over the past few weeks I have had the opportunity to take the latest version of MODO out for a spin. Coming from a Maya background, how did I find this latest release from The Foundry? Read on to find out...

When you first open MODO – or any 3D package for that matter – the first thing you'll probably want to crack is navigation. Now, to be honest with you, getting to grips with navigating in MODO didn't come as easily as I'd anticipated. It was a bit like the first time I opened up ZBrush: my brain just would not compute. However, once you get the hang of it, you will definitely see its benefits.

The combination of the Trackball and the Work Plane allowed me to comfortably stay in the perspective viewport to do the majority of my work, as opposed to needing to duck in and out of the orthographic views. I must admit: the more time I spent with MODO, the more rewarding I found the style of the viewport navigation. And in any case, it's nice to see that the development team have not just followed the usual run-of-the-mill viewport setup that you'll find in the majority of other 3D packages.

Looking around the MODO interface, you'll find that, to begin with, you are only presented with the modeling and sculpting tools. Now you may be thinking: 'Where are the rest of the buttons? Where are the cool tools? I thought I could do more than model and sculpt!' And you are right. You can do a lot more than model and sculpt. MODO has been designed so you can take advantage of the best tool to perform any one particular task.

"...through some form of crazy, geeky voodoo, it was as if they knew how I like to operate! They knew what attributes I like on display when I animate. They knew which windows I like on display as I'm lighting and rendering. Clearly someone had actually sat down and thought about how the package could allow for better productivity..."

If you are rigging, then you will be in the Setup module; if you are animating then you will utilize the Animate module, and so on. To switch between these modules, you can use the default tab setup, or by holding Ctrl and tapping Tab you can quickly navigate between the modules. Not only will you be presented with a different set of tools as you switch between the modules, but the layout will also update to help support the task in hand.

This, for me, was fantastic, as through some form of crazy, geeky voodoo, it was as if they knew how I like to operate! They knew what attributes I like on display when I animate. They knew which windows I like on display as I'm lighting and rendering. Clearly someone had actually sat down and thought about how the package could allow for better productivity without constraining the user to a particular workflow. 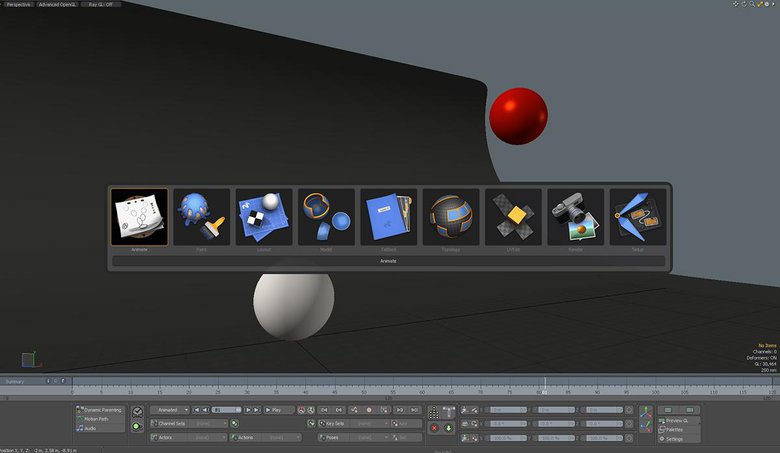 Switching between the modules
Back to modeling and sculpting, MODO offers some pretty fantastic tools for creating assets; these tools actually do what you'd like them to do. Let me clarify: in other packages I've used in the past, you'll perform something like a Bridge operation, connecting one or a multiple set of edges to another, and sometimes you'll get the result you wanted, but at other times you'll get an imperfect result that requires fixing manually. You'll probably say to yourself afterwards: 'I should have just done it my bleeding self!'

The tools in MODO, on the other hand, seem very predictable and reliable, even on a more complex object. One of my favorite features was the Edge Weight Tool, which creates an amazing, controllable sharp edge without distorting the UVs, made possible by MODO's use of Pixar's Subdivision Surfaces (PSubs). The selection methods are also far superior to many other packages. Selecting loops of edges, every other polygon face or growing selections couldn't be easier.

On top of all this, MODO has its very capable sculpting tools and by converting your geometry to a ‘Multiresolution Mesh' (again, using PSubs) you get a toolset that allows you to create your low-res and high-res assets all in one package. Saying that, I'm impressed by the attitude of the MODO team, who are not trying to force users to sculpt in MODO solely. Instead, they support the idea of creating workflows that utilize the user's preferred package for doing a particular task. So if you fancy sculpting in ZBrush or Mudbox, there is no reason why you can't; you just then bring that sculpt back into MODO to finish up.

If you did want to create all the assets in MODO though, one of its drawbacks is its inability to generate Vector Displacement maps. To do so, you would need to use something like xNormal but luckily that piece of kit is totally free! I did find that with 8GB of RAM installed, there was some slow down when dealing with very high resolution meshes. I'd been meaning to pop some more RAM into my machine and this was a good excuse; upping my machine to 16 GB of RAM really made MODO sing. Things started flying. 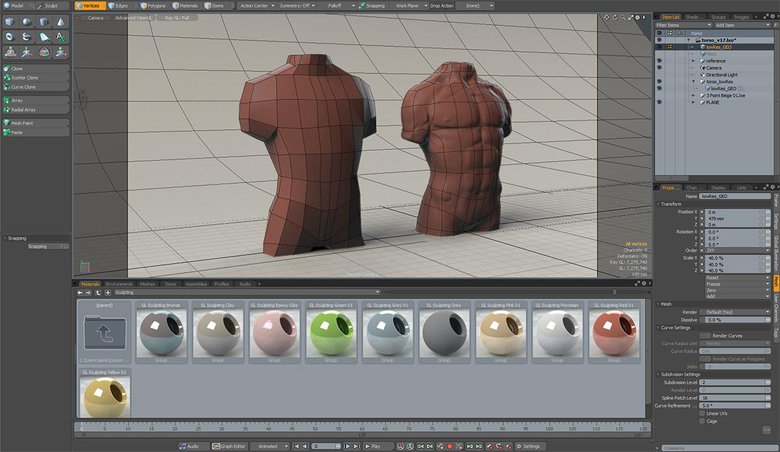 It's interesting to see what's happening with MODO in the very tight-knit CG community and in its user base. Due to the open and modular architecture of MODO, third parties can take the code and push it further. Check out MeshFusion from Braid Art Labs for example, that allows for some amazing boolean operations to come.

Moving on to the Topology module, MODO again offers a range of tools that allow you to work very easily over the top of a high resolution mesh to create a low resolution model. The speed at which you can retopologize a mesh is fantastic and again, being able to stay in one package is a major boon. Tools like the Bridge and Contour will only put a smile on your face as you retopologize your mesh with the greatest of ease. 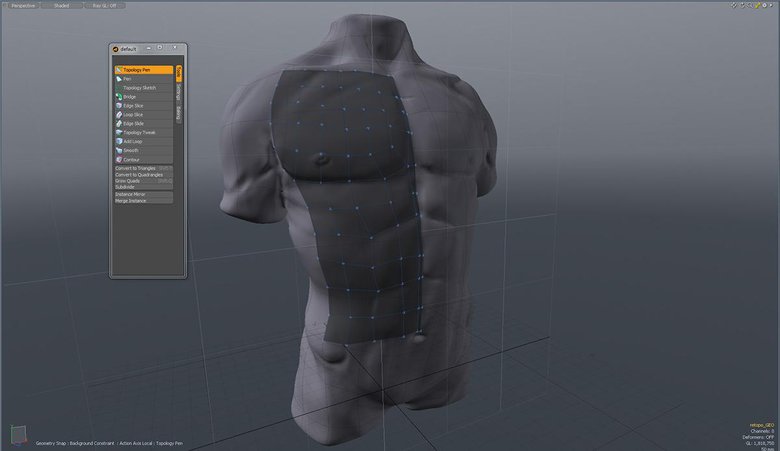 "With rigging, I tend to have a few techniques that are easily transferable between packages like Maya, 3ds Max and Softimage. I found I could also easily implement them into MODO but on top of that... the Pose Tools allow you to quickly pose your characters using clever inverse kinematics"

So that's modeling, sculpting and retopologizing in MODO, which is probably what MODO is best known for. But since MODO is now a fully-fledged end-to-end solution, how did it fair in terms of rigging, animation, lighting and rendering? Well, I must say, very well. I'm actually pretty smitten with it.

With rigging, I tend to have a few techniques that are easily transferable between packages like Maya, 3ds Max and Softimage. I found I could also easily implement them into MODO but on top of that, MODO had some more crazy black magic such as the Pose Tools that allow you to, as the name suggests, quickly pose your characters using clever inverse kinematics.

It may not sound like anything special if you're familiar with something like HumanIK in Maya, but the amount of control you have in MODO makes a huge difference. Joint placement is easily handled by activating Intersection, and although it may sound unimportant, the fact that they have implemented Naming tools shows the top-notch thinking behind the product. The results from Binding also give some good results off the top of the bat, especially when using the Heat Bind, but additionally you can create corrective sculpt shapes without the need of an external plug-in. Nice! 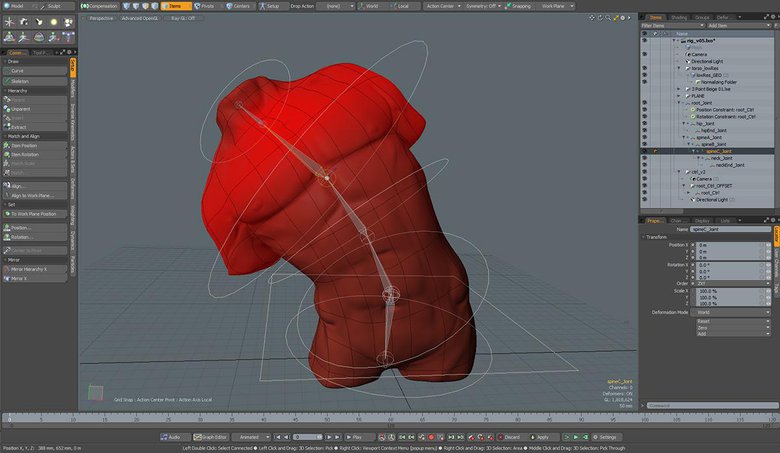 Using Heat Skin and testing out the default deformations

Let's move on to animation, where the simplified interface that you are presented with in this module really does lay you at the feet of the designers at MODO. All the tools you need are at the bottommost part of the screen, giving you have the remainder of the screen to focus on the animation happening before you.

Here you can again take advantage of the Pose Tools and also the cleverness of the Dynamic Parenting. By hitting F7, you can bring up the Graph Editor, which is very easily manageable and allows you to work comfortably as you untangle those spaghetti curves, better known as f-curves. Shift+F7 will open up the Dopesheet, which also does what you would like it to do, unlike in some packages I have experienced before. 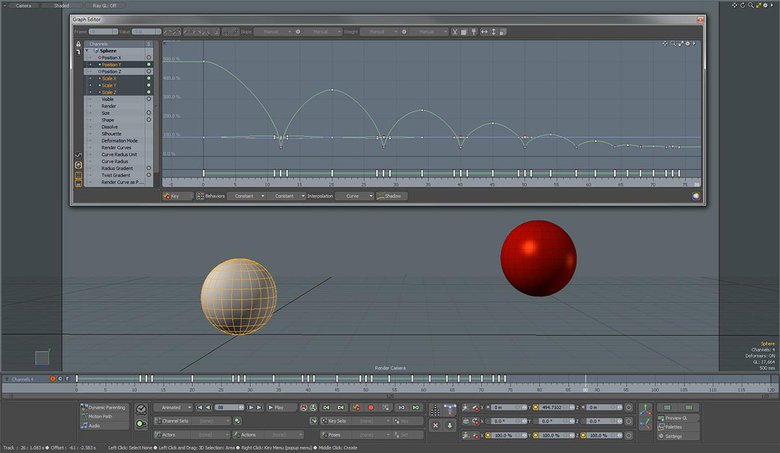 Lastly, I want to talk about lighting and rendering in MODO – and boy does it shine! The Advanced OpenGL itself gives good results but I've never known a package that allows you to preview renders as fast as MODO.

I took advantage of the Preview render window whilst modeling, sculpting, rigging and animating. You could very quickly jump into the Layout module, use the preset materials and environment HDRIs (which are plentiful) to light the scene, and off you go. When creating final renders, you can now use Environment Important Sampling to reduce the blotchiness that can occur when lighting using an HDRI.

The render window also gives you stats galore, so you can keep track of your renders: Render Time, Pre-processing Time, Elapsed Time, Render Threads, Render Samples and everything about the geometry being rendered and more. It's safe to say, rendering in MODO is pretty solid. 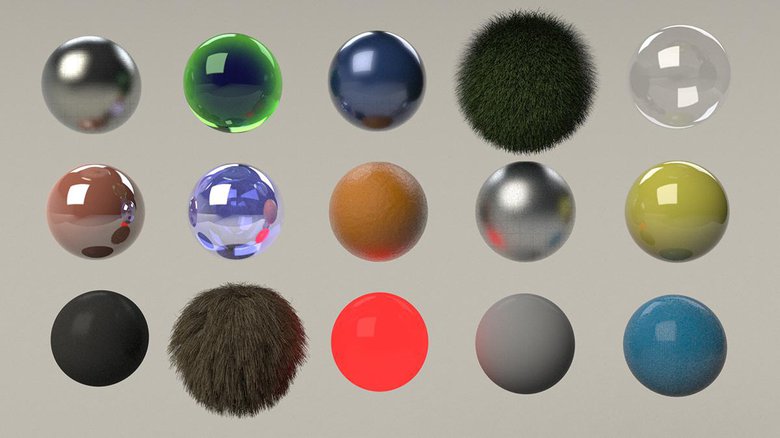 Rendering out some of the preset materials supplied with MODO

All in all, I have to say, I'm extremely impressed with MODO 701 and I still have more to discover, such as the Dynamics and Particles features that have been introduced. MODO is very capable of taking assets from concept to final render as well as mixing things up with other packages.

I very much respect the thought that is clearly behind the design of every aspect of this package. The learning curve of a new user may be slightly steeper than some other 3D packages out there but again, there is plenty of support out there to get you up and running.

Sites like www.modopedia.com, www.luxology.com/tv, http://forums.luxology.com and www.luxology.com/asset offer plenty of tips, tricks, tutorials and assets to bring you up to speed. And when compared to other packages in monetary terms, it sure is good value. Happy MODO-ling! (Sorry, couldn't resist!)