Making waves in the sculpting software arena is the latest offering currently in free beta, Polybrush. We take it for a spin...

Making waves in the sculpting software arena is the latest offering currently in free beta, Polybrush. We take it for a spin... 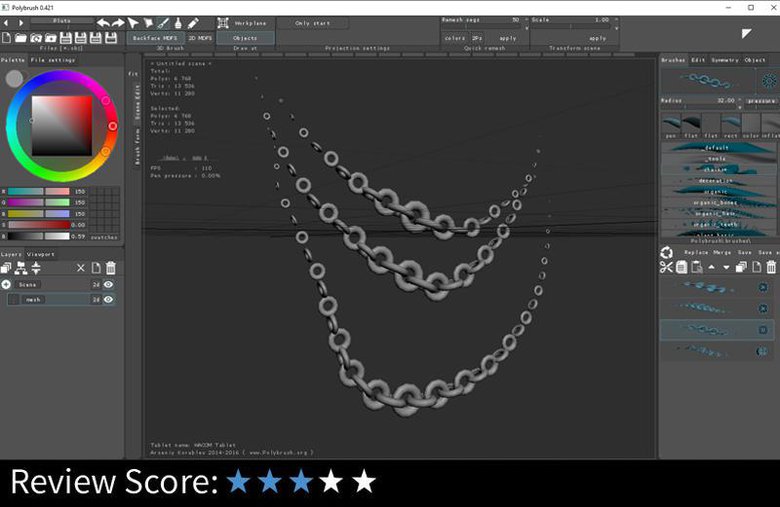 Although ZBrush had it pretty easy for a fair amount of time, it's been up against a few new opponents, which is all the better, as competition inspires creativity. Polybrush, the newest in this area, looks at a different approach to high-detail sculpting-style modeling projects.

So far there have been two main ways software developers have geared their apps towards. Firstly you have the non-standard UI and very 'digital clay' type software like Sculptris or ZBrush. Then there are some of the older names, like Maya and CINEMA 4D, who have felt the pressure to add similar, high polygon count, super-fine detail tools into their main solutions. This has been hit-and-miss so far, and none of the old guard has quite got it right. 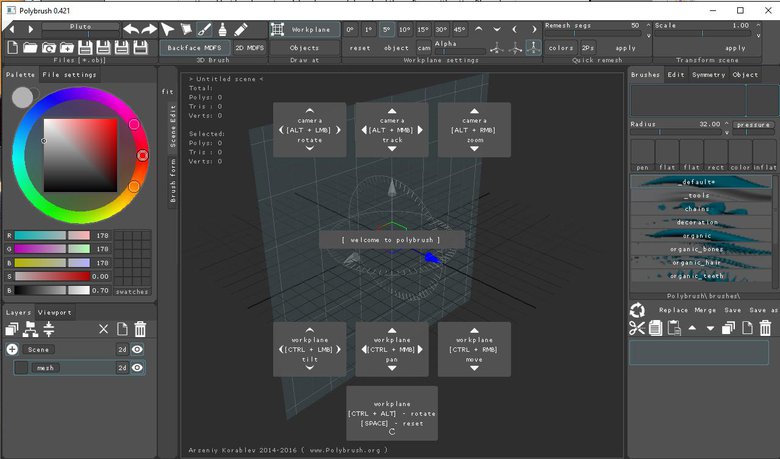 Polybrush is a different beast and has its own approach to sculpting, which feels more traditional, as the UI feels more old school. This makes it a welcoming place to be, with nicely organized tabbed palettes to keep things uncluttered. Give it a few minutes though and you will realize that Polybrush is actually not all that similar. It actually feels more like a cross between ZBrush and something like the old Amorphium, with elements of sculpting combined with useable ways of taking meshes to create new brushes. You can see in one of the images that a tooth model has been taken, then turned into a brush in its own right, then a stroke has been painted, leaving a chain of teeth. So much quicker than copying or even using cloners.

More importantly than its speed comparisons with other software, is that it exemplifies the ethos behind Polybrush. It isn't quite a full-on sculpting app like ZBrush, but fits the bill perfectly as a great way of concepting and rapid prototyping. Rather than taking sketches and then having the model built, you do it all in phase, getting instant feedback on form as well as silhouette, with no guesswork. 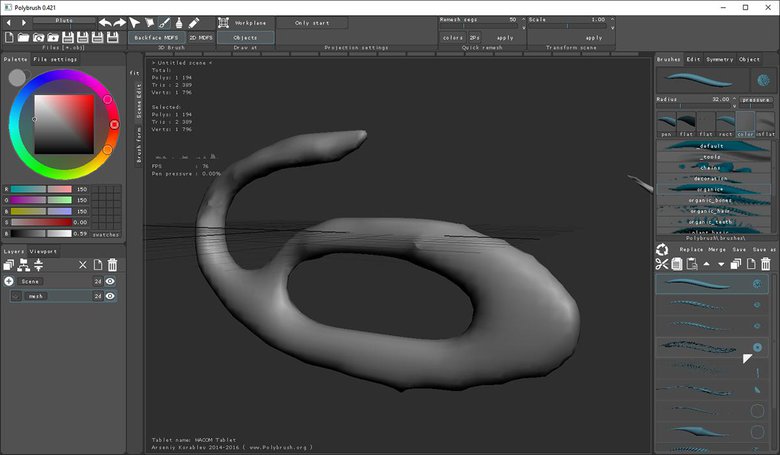 There's an excellent remesher, which helps for anything from biological smoothing to liquid type mesh smoothing, as seen here

As mentioned previously, the GUI is well organized, with logically placed tools and neatly combined palettes, however it does feel particularly dated. Not so much in use as in appearance. The color schemes are changeable via a drop-down, but that doesn't quite fix things and the UI editing tools hung a few times for me. Oh and I found the cursor hugely irritating. There is a lot of aliasing and the font choice isn't the best, especially on smaller monitors. At larger sizes things improve however, so if you have a decent display don't be put off (do avoid the motion blur option. It's very distracting and not necessary).

It's all in the brushes

This software is all about the custom brushes. It comes with many presets which are great at inspiring you to try. Although there is a lot to learn here, from navigation and how to utilize the workplane best, there can be no denying that it's pretty easy to pick up and that the brushes are excellent. There's a simple modifier stack, a full array of symmetry options and much much more. There's not enough space here to talk about everything on offer, but I will repeat myself by saying the brushes are plain cool. The ability to save out for use in other apps is a must these days, and Polybrush does this via an OBJ exporter, so almost every other 3D app out there can use the models. 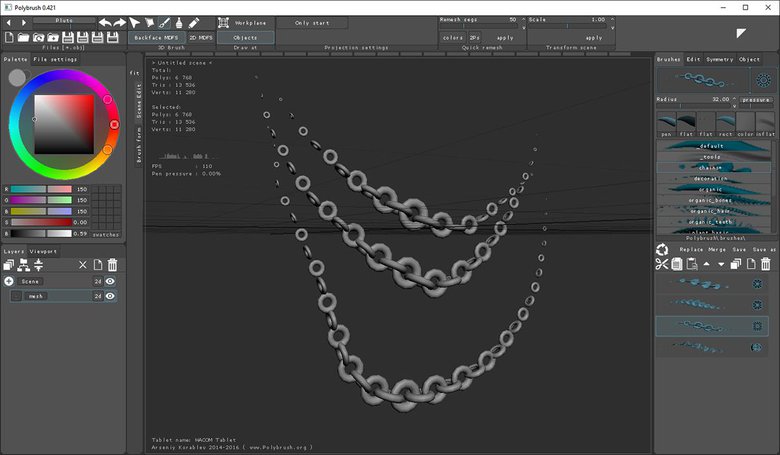 There are a bucket load of tools and features that I haven't mentioned, but head over to polybrush.org and download the software. It's a tiny file and besides a few quirks is well worth exploring. On top of that, while in testing it's also completely free. There is also a decent user base that are starting to talk about it, offer community support and showcase, so join in and help this turn into the tool it looks set to become.

Price: Free while in testing period.