Industry vet Rob Redman discovers if Blackmagic Design's free DaVinci Resolve has made the move from grading only, into a worthy editing solution with version 12...

Industry vet Rob Redman discovers if Blackmagic Design's free DaVinci Resolve has made the move from grading only, into a worthy editing solution with version 12... 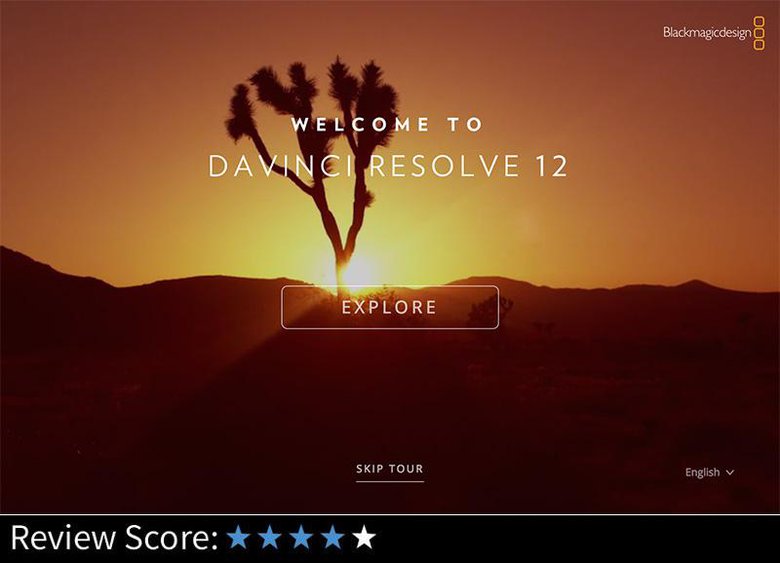 If you read my recent review of Fusion 8, you'll know that I applaud Blackmagic Design's business method, for their software at least. Releasing software for free benefits everybody. They get to open up their market to users who they might not have otherwise connected with, and that brings with it a lot of extra feedback to aid future development. For users, they get to try out new tools and workflows before making the investment in the paid versions, which unlocks some of the higher end options.

DaVinci Resolve is now at version 12 and the latest update is a big one, marking out BMD's focus to move into the editing field in a more solid way. Resolve has a fantastic reputation in the color correction and grading arenas, but its editing tools were the weakest point, meaning a trip to Premiere, FCP or Avid was inevitable for pretty much every project.
Resolve 12 has gone a very long way to becoming a one stop solution for editors and colorists, with a dedicated workspace for editing, including methods to edit using a mouse or a keyboard, which will please most potential users.

The editing process works as you would expect, and using keyboard shortcuts is the most efficient way of working. Moving into trim mode lets you cut, ripple, and so on, with your mouse; so using both hands will see you editing very quickly. There's also dynamic trimming which goes a step further, but I didn't get on with it so well. I think that is more about me being stuck in my ways and other users I've spoken to absolutely love it. 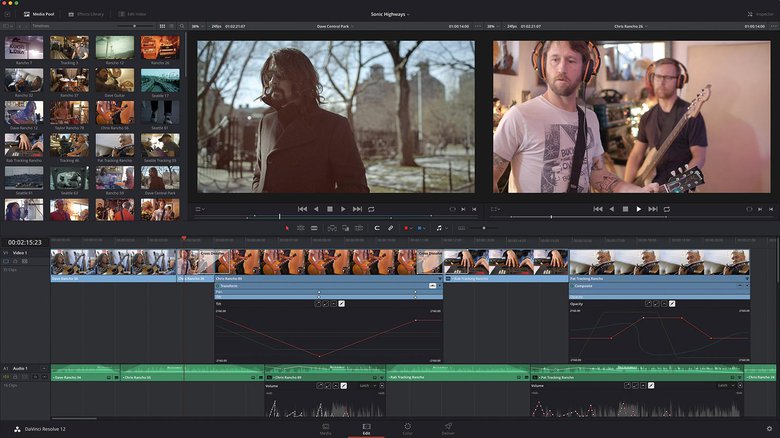 This is where the majority of changes has happened and all for the better. The edit room is a joy to work in, with smooth intuitive tools

These days a multicam system is essential for any NLE, and Resolve has a fantastic system, with modes for standalone angles and a form of nested angles, allowing the user to switch between grading an angle or a scene. Very, very useful indeed.

Back to the grading tools, and there are a host of additions here too, but the standout feature additions are a perspective tracker, which is as good as the tracker in Fusion. My guess is that it's the same algorithm. There's also a 3D keyer, again possibly borrowing from Fusion's excellent keyers.

My favorite, and most used, new feature is custom curves, allowing for some powerful and creative grading, with the benefit of bezier handles too. 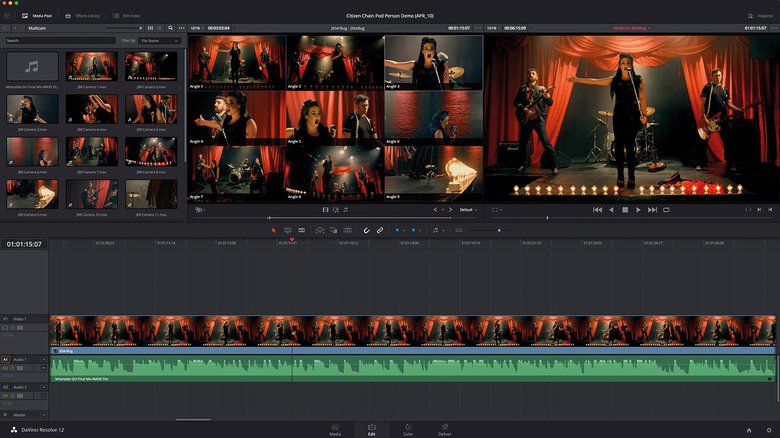 The biggest deal here, raising Resolve to the level of the other main players in the NLE game, is the multicam tools

An added bonus for those users who deal with the audio side of things as well is that all your VST/AU plugins will work in Resolve, which could mean yet another round trip removed from your workflow too. All good, but do make sure that you update your drivers, for both GPU (keep in mind only the studio version will work with multiple GPUs) and your sound card.

A word of caution to those looking to try Resolve. You will need a fairly well specified machine to run it. You'll have to check your GPU to ensure it's supported, with enough RAM to cope with your projects. On the plus side the interface is now much more adaptable and will suit users with smaller screens or larger, including ultrawides, such as the LG 21:9 that I use, perfect for a long timeline, viewers and scopes.

BMD are on a roll with both their business model and the developments they are making with their software. I can easily see how Resolve could find itself a home on many editors, as well as colorists', workstation. The features are there and once the editing tools mature a little, Resolve could replace more circuitous workflows, so Adobe beware. 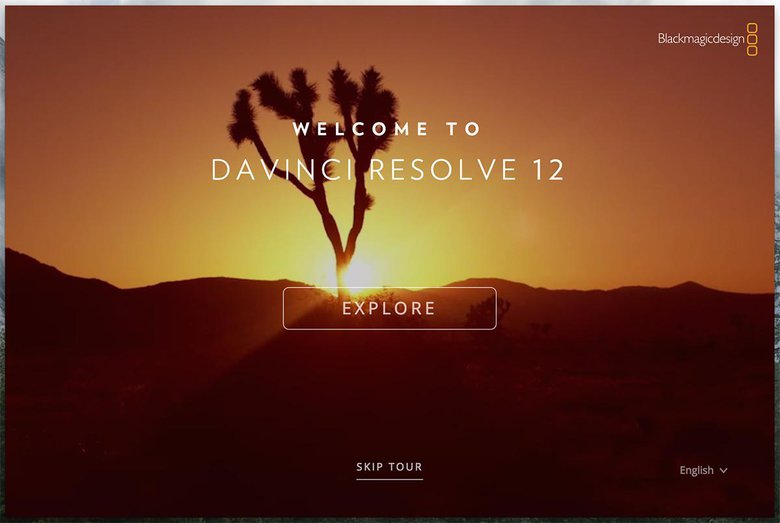 The welcome screen of Resolve offers a feature tour, as well as the login and project navigation screen