4 of the biggest features from Unreal Engine 4.27

Paul Hatton takes a closer look at the improvements made to Epic Games Unreal Engine with update 4.27, including in-camera improvements and single image rendering…

Epic Games have now released version 4.27 of its impressive Unreal Engine. For those unfamiliar with Unreal Engine, it is a game engine and real-time renderer that is used on many high-profile games. It’s free to download and use. Version 4 was released in 2014 and has since been improved upon with various iteration updates. Version 4.27 is one of those updates. With version 5 only around the corner, expected in 2022, it’s worth asking the question as to whether this update is anything of note. Let’s take a look at four of the key feature updates in 4.27.

In-Cam VFX has been a possibility in Unreal Engine for a little while now but in this release, they have made widespread improvements to enable users to access the required tools more easily. You’ll now find it easier to use, more efficient, and most importantly producing much better results.

It has become much easier to use largely due to the 3D Configuration Editor tools of the nDisplay. With everything in one place under a single root, you can now access all of the nDisplay features quickly and easily. They have also introduced something called ‘Level Snapshots’ which are essentially state-based snapshots of a scene which can be restored at any time.

With multi-GPU support you’ll find that it all just runs a lot smoother. Multiple cameras are handled efficiently and the resolution can be maximized on wide shots.

Not only is the In-Cam VFX easier to use and more efficient, but it also produces better results, most notably in the area of accurate color calibration. This links the real-world with the world created in Unreal Engine much more closely. This is great news for artists. On top of this, motion blur for travelling shots has been improved.

I hope that these tools are further improved in version 5 but it’s great to see a concerted effort being made to make these tools not only easy to use, but which can produce excellent results. 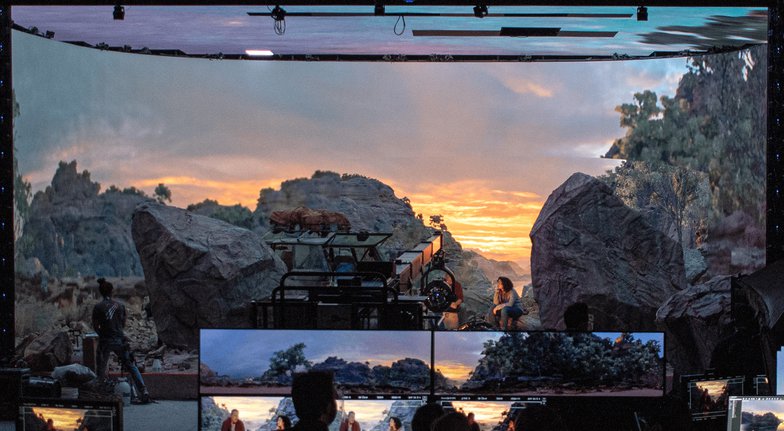 Whenever a new release of a piece of software that I use comes out I’m always on the lookout for new features. I love those shiny new capabilities within a release that set it apart from their competitors. This second feature is not one of those features! That being said, we all appreciate it when a program we use has its efficiency improved. This is particularly noticeable with the light baking capabilities found in version 4.27.

These speed improvements have come largely through a switch to processing the lighting data on the GPU rather than the CPU. So, if your scenes make use of things like soft shadows and global illumination, then you’ll really benefit from an efficiency boost to your workflow. One of my favorite things about Unreal Engine switching from the GPU to the CPU is that you can now see your light maps appear in real-time – there’s therefore now no need to wait to see a duff light map. Instead you can see if you’ve got it wrong very quickly and more importantly do something about it! 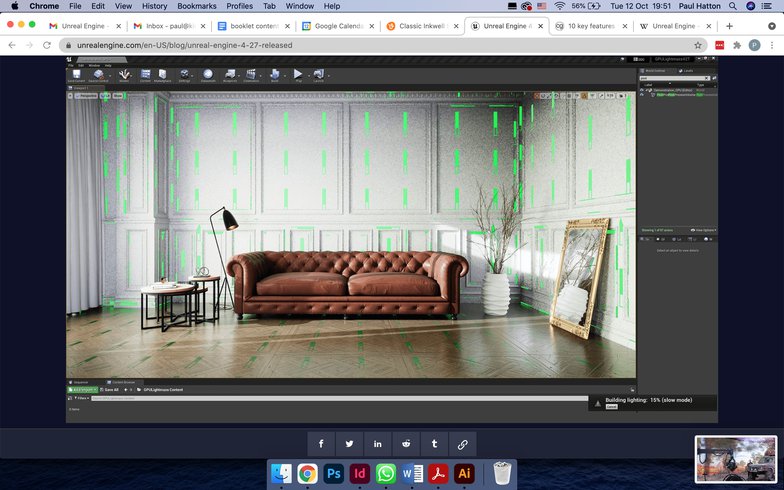 When you think of Unreal Engine I don’t think you would think it could output still images or videos. This is really interesting as you can achieve a lot more right within the engine itself. Ordinarily, users would have used Unreal Engine for creating real-time environments, and then used a different piece of software such as 3ds Max and V-Ray to create rendered images and videos. That has changed now because it can all be done in one place.

The question that is begged would be “Is it a good other solution for creating images that are good enough for production purposes?” It does boast an impressive, albeit expected, feature set such as global illumination, reflections, and refractions; and features complete materials and super-sampled anti-aliasing. As you can see from the rendered image example below, the quality is impressive and much better than I would have expected from Unreal Engine, especially with it being their first proper foray into providing this.

There is obviously the huge benefit that once your scene is set up there is no extra work to be done to create those beautiful renderings. Unreal Engine is quickly becoming a great one-stop solution for creating 3D virtual solutions. 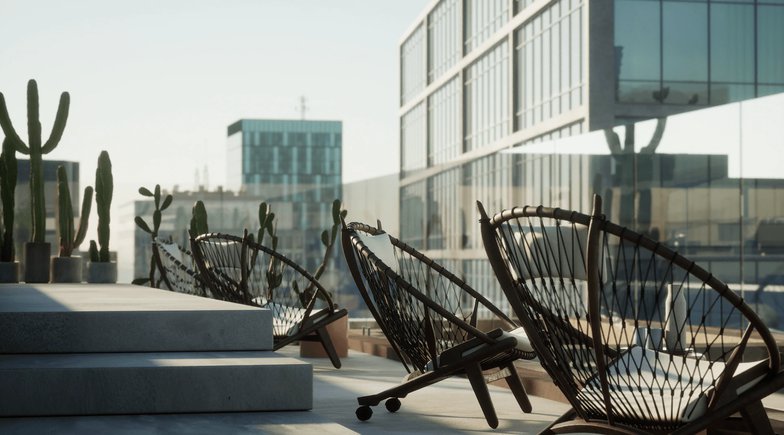 Render beautiful images and videos right from within Unreal Engine

One of the big upsides to this Pixel Streaming feature is that users have absolutely no need to download anything to make the application work on their device.

This is a bit of a game-changer because it removes all barriers that might stop users from engaging with content created from the Unreal Engine. In essence, it is simple and straightforward for the end user and that’s perfect.

Unreal Engine have developed this technology enabling a full use of interaction from the user’s side. This includes interacting using the mouse, keyboard, or touch input. It even enables custom HTML5 UI that you create in your web page. 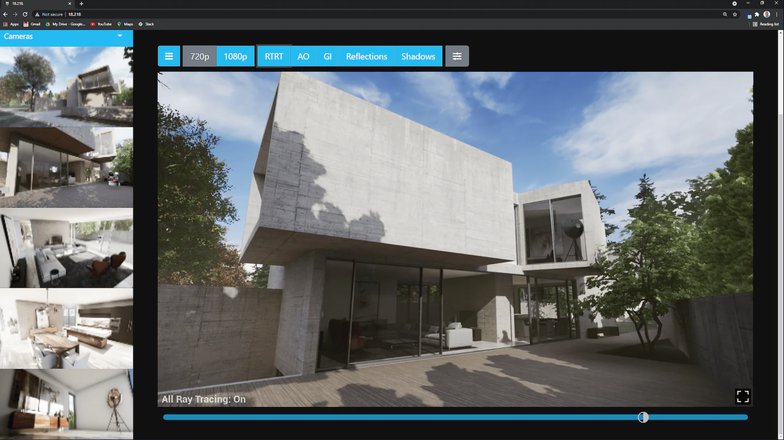 This version of Unreal Engine has an impressive set of new and updated features. It is well worth getting the update and giving these features a run for their money. With version 5 only around the corner, hopefully in 2022, this version begs the question as to how they’ll make such significant and noteworthy improvements to warrant the iteration up to version 5.