Painting up a world with Robh Ruppel

“I watched Möbius draw and it was the strangest process, but for him it was perfectly natural and no one can argue with his results.” Designer Robh Ruppel reflects on his time within the art and animation industry, working on projects for everyone from Disney Studios Animation to Netflix. When not painting, “he paints,” he says. Find out more…

Robh Ruppel has a name synonymous with concepts and environment work so real and atmospheric, you feel you could reach out and breathe the air in the scene. Working with fellow artists at Netflix on Love, Death, Robots, and others now still under wraps, he continues to paint up a storm. 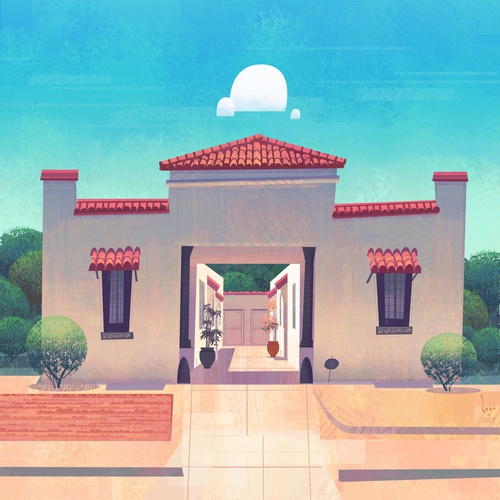 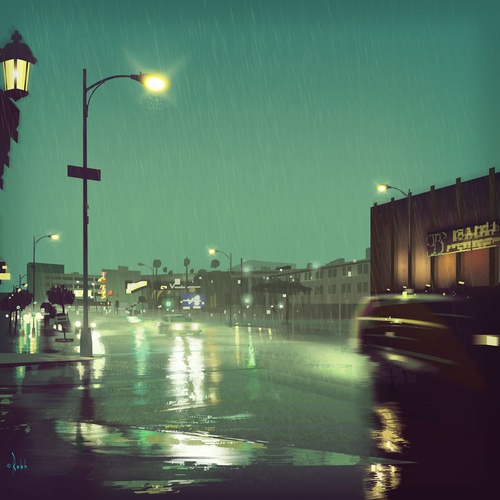 Ruppel has worked for some of the best and biggest in the visual arts industry, including Naughty Dog, Blur, Dreamworks, Blue Sky, Disney Studios Animation, Sony Pictures Animation, Disney TV Animation, Paramount and, right now Netflix Animation. After a childhood of sketching, he went to learn his craft at the Art Center College of Design, where he later went back to teach. He also taught at Gnomon and Concept Design Academy. He has received Gold and Silver awards from the Spectrum Fantasy Art Annual and has been published in several other annuals and collections like Ballistic Publishing’s EXPOSÉ series.

What are you trying to say? Where do you want the viewer to look? How should they feel? Scared, impressed, revenant? Those questions are the most important.

Robh knows times have changed for the artist. “There’s so much more information available online,” he says. “It used to be that there was a small handful of books that you had to hunt down to find certain types of academic knowledge on drawing and painting. Nowadays you can find so much of that stuff for free. And it’s certainly easier to get recognition nowadays. Social media has made it possible for more artists to find an audience as the avenues of discovery have increased from merely print or galleries. Although I guess there is a lot more noise in that channel. There’s a lot more chatter, a lot more information that needs to be sifted through to find the gold.”

What is so inspiring in Ruppel’s work is his seemingly effortless images in the amazing Plein Air impressionism style. Sometimes mistaken as photographic snapshots, they are his rendition of the scene he has before him. “I’ve been applying what I discovered painting outdoors to my commercial work while at the same time working on pushing my own shape design,” he says. “One can easily spend a lifetime working on just a few basic ideas. I find that’s the beauty of this career.”

I watched Möbius draw and it was the strangest process, but for him it was perfectly natural and no one can argue with his results.

These days, all of Ruppel’s commercial work is done on the computer but some of his most successful pieces still have a hand-drawn base. “There’s something to the rhythms the hand makes when drawing that impart a natural interaction of proportion,” Robh states. He works primarily in Photoshop, but since Adobe moved the application to the subscription-based model which needs a web connection for many of its components, he usually brings up Procreate and Heavy Paint for field work. 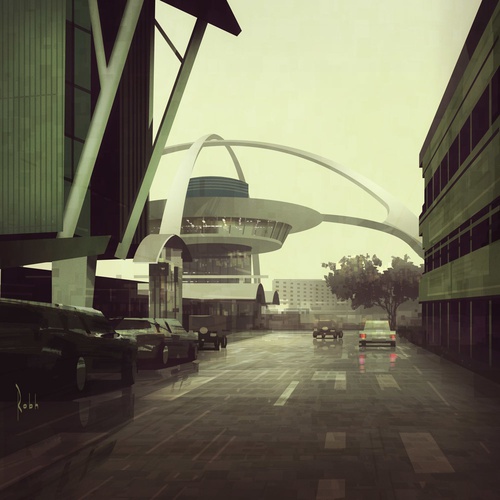 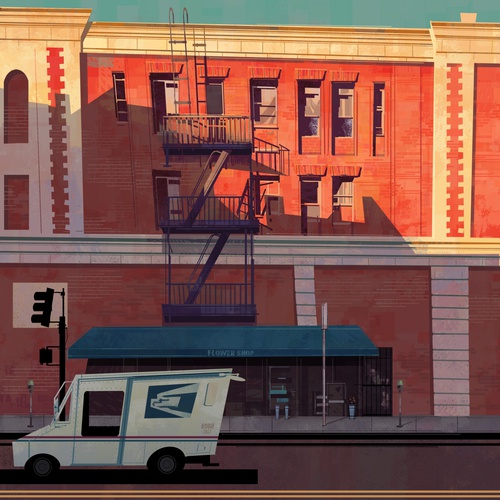 When out in the elements, Robh Ruppel is the most creative, and it’s all about storytelling. “It’s a matter of story, a matter of emphasis,” he says. “What are you trying to say? Where do you want the viewer to look? How should they feel? Scared, impressed, revenant? Those questions are the most important. Arranging as few possible shapes to get that idea across is the art of composition. There are no rules per se; it’s a matter of pushing a few shapes around to evoke the clearest emotional response.” 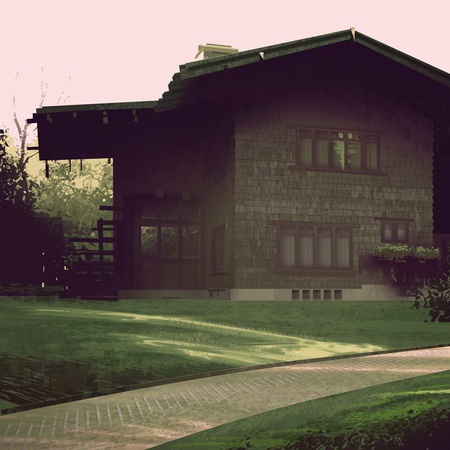 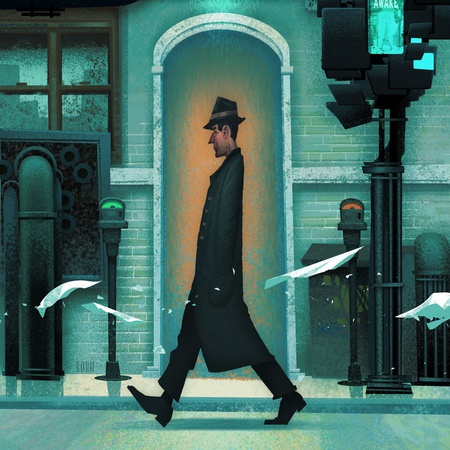 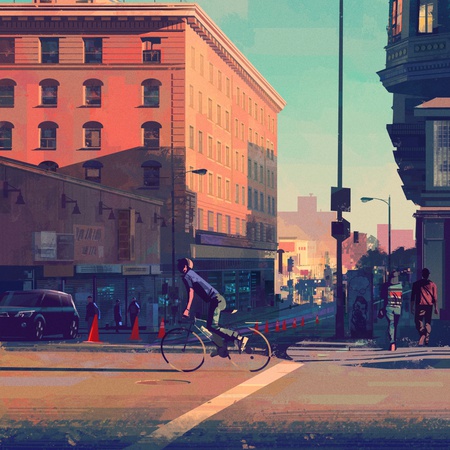 Ruppel says the beauty of doing this more and more is that your understanding gets more simple and profound. “The basic principles of art, of context, of emphasis become more and more important and less and less on technique,” he adds.

Robh is sure there is always problem-solving involved in each painting’s journey. And every artist has insecurities and doubts. “But if you do something long enough, you develop a way that works 90 percent of the time,” he says, “at least in terms of getting the image started.” He says once you have a foundation laid for the picture, then the inspiration can take over. “For everyone that is different,” he adds. “I watched Möbius draw and it was the strangest process, but for him it was perfectly natural and no one can argue with his results.”

Right now, Robh Ruppel is working at Netflix Animation on a super-stylized show. “It’s a great place to be, their business model is pretty new and the projects are incredibly varied,” he says. “The new streaming platforms need a lot of content and there are so many great studios in Europe and Asia that have such a high calibre of work that it’s an amazing opportunity for animation in general. Also, these studios are known for a completely different style of animation which only increases the look and range of what’s possible and acceptable.” 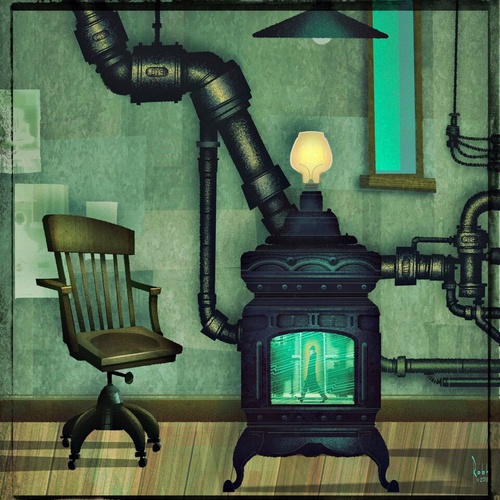 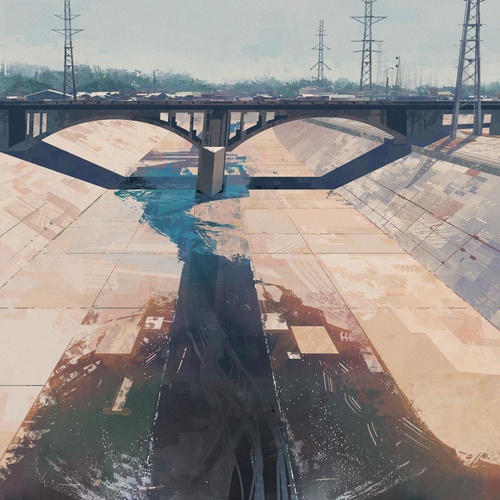 Working digitally today in the arts field is tremendously varied and one’s career can be molded in any way the artist wants to go. The ability to work for different productions in different countries nowadays is pretty unique. Digital access has allowed people from all over the world to collaborate on projects. “I’ve hired a few artists because I came across their work online so that is a huge benefit of the digital revolution.” 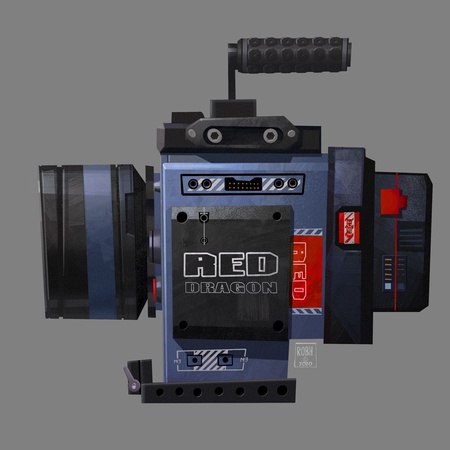 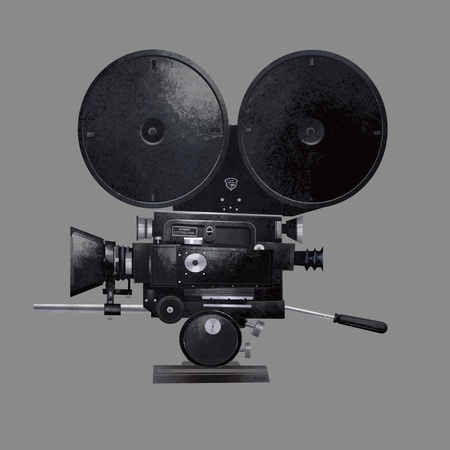 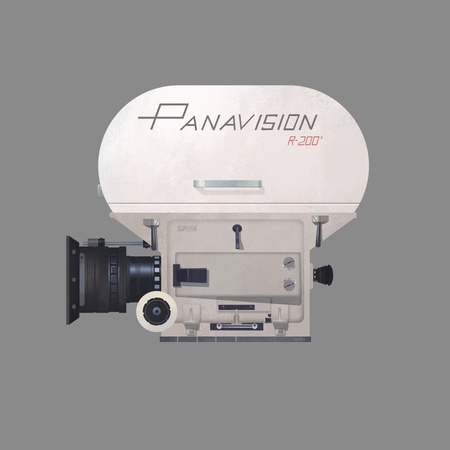 Robh bounces between painting in personal work and making short films. He says to work in two mediums makes them feed each other with new questions and information. “Working on short films and static art forces each discipline to grow and evolve,” he says. “There’s a sense of rhythm in video editing that makes one aware of the rhythms in a static composition. You become aware of how these two art forms allow for growth, perhaps more than merely working in one.”

There’s a lot more chatter, a lot more information that needs to be sifted through to find the gold.

The world is a very different place now, with seamless web communications and the ability to network and work anywhere. “There’s a great phrase called ‘woodshedding’ that Charlie ‘Bird’ Parker used,” Robh notes. “It’s that time when you isolate yourself from outside influences and just refine your own voice. You go into the woodshed for a long period of time and just refine your view/craft/voice. I think that needs to come before getting too caught up in which platform to show your work. You should have something to say and the only way to discover that is to take the time to develop yourself.” 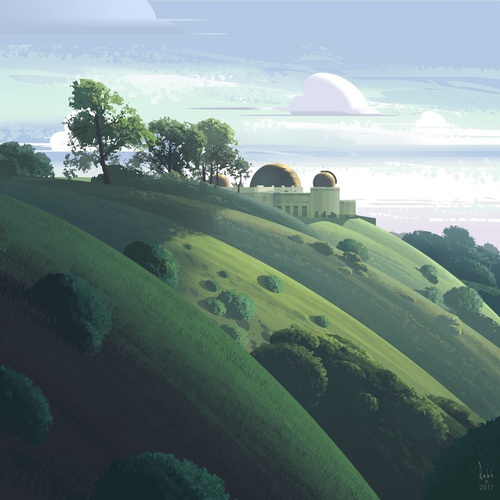 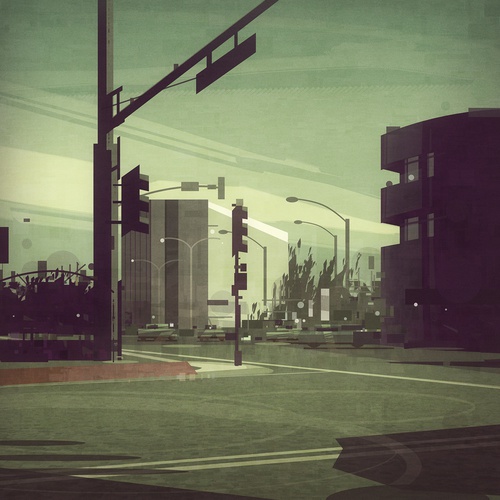 Working on projects like Tron: Uprising and Love, Death, Robots have filled many months for Ruppel lately, through the COVID19 times and before. It was a very warm, creative collaboration for him. “Working with Alberto Mielgo and Robert Valley has been extremely rewarding. Working with them is like getting paid to go to school. They’re both such strong designers that by mere proximity you’re forced to become a better artist.”