Lots of Robots: an interview with Andy Murdock

Andy Murdock of Lots of Robots has been building a new stereo version of his personal production named LOR, an inventive, some might say, trippy 3D animated short he originally released twenty years ago. Andy’s LOR is a solo project, stretching throughout his incredible career as an animator, musician, engineer and film producer. Find out more…

Andy Murdock first went to the San Francisco Art Institute in the mid-80s and studied painting, sculpture and film sound. The school had a little tiny mix room with refrigerator-sized 16mm full-coat dubbers synchronized with a projector, plus an eight track Otari. While there on a work study program, he brought his band and other musicians into that little room and recorded a few songs.

“That’s when I met some people working at Hyde Street Studios in San Francisco,” says Murdock. He worked at the front desk there after graduating, then moved on to being a recording engineer. “I recorded several albums, assorted TV and film projects during the late 80s and early 90s.”  Andy then warned me about having to name-drop, “cos that’s the kind of industry it was. I played pool with Chris Isaak and Joe Satriani, got coffee for my hero Robyn Hitchcock, worked with Jello Biafra, Swell, Todd Rundgren with the Tubes and a whole bunch of local punk and rock bands. I worked on Bram Stocker’s Dracula which won an Oscar for Sound Design. I was one of many on that team.” 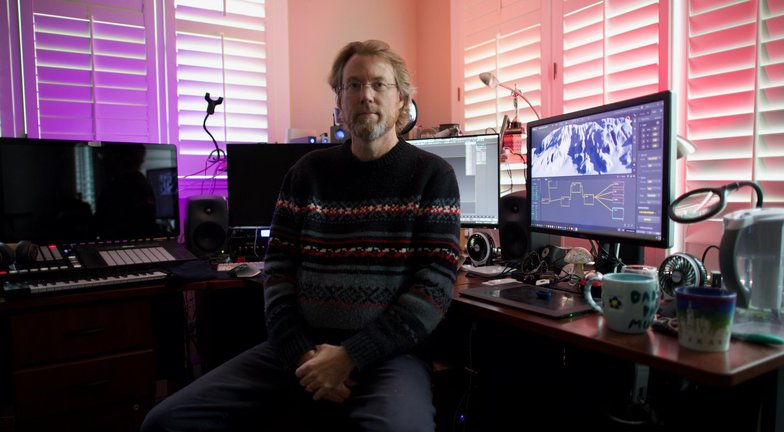 While he enjoyed recording sound and creating music, it was always for someone else’s project and there wasn’t much money in it.

The emerging field of computer graphics was catching on in San Francisco, and this really grabbed Murdock’s attention. “I acquired an AtariSt and also Tom Hudson’s first 3D program that eventually became 3ds Max. I would stay up late learning how to operate Swivel 3D, MacroMind 3D, Electric Image, MacroMind Director and the very first COSA After Effects release.  I fell in love with the first colour Mac and I’ve been a Mac fan ever since.” 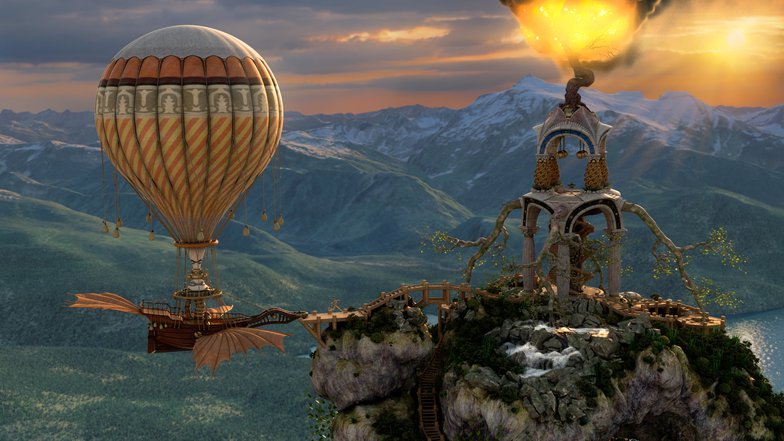 The Apple Multimedia Lab gave him some interesting work, then he landed his first full time job at Mondo Media where the team worked on video games like Critical Path, The Daedalus Encounter, Blade Runner and Mech Warrior. “Animating video game cinematics was our specialty,” he says.

“It’s always been 3D for me. I recall doing an oil painting that used a lot of perspective and depth tricks. I really wanted to dive into that world and move around. VR makes that imaginary space even more immersive.”

Andy started creating LOR way back in 2000, while he and his workmates were worried about getting laid off from Mondo Media in the DotCom Crash. “I’d made an animation called RocketPants, after-hours at Mondo. When they saw how much I had done and how close I was to having a complete animation piece, the company gave me more resources to complete it.”

Fortunately, Andy had two really talented friends help with the music, Barney Jones and Brad Mossman. “I liked what they did,” says Andy. “So, while I finished RocketPants and sat around watching other people doing my sound design, I went out and bought my own PC and started creating LOR at home. No one could tell me what to do with it, and I liked that. We all went to Sundance.” Andy had RocketPants in the festival, but he also had a little video player hanging around his neck with some of the first LOR sequences playing on it. He gathered some really good responses. “Two years later I was invited to show the completed LOR at Sundance,” Andy smiles. “It was a blast!”

“There are twelve little walking ball robots in Lots of Robots who pester the key Pelican character,” he says. He wrote the initial functions as a way to queue up scripted footsteps for these little robots. These became Automatron, an interface to allow scripted animation steps for any creature with two legs and two arms.

“The Centipede walking up the tree was the first such attempt,” he says. “One can create a great deal of motion in very little time and then make radical changes with a few lines of code. Automatron uses a very complicated animation rig made with stock 3ds Max objects and controllers.”

Features include an automated walking system, a walk designer, pose capture and playback, a detailed finger system with poses, facial animation, finishing tools like secondary motion, biped capture, and a simple crowd system. Each arm, leg, foot and finger has the ability to smoothly switch from IK to FK. Andy released the Automatron engine publicly about 14 years ago, “but as far as I know,” he adds, “I’m the only person who uses it. I’m constantly tweaking it and with the new scenes I’m working on for the VR remake of LOR, it’s being used heavily.”

Andy says he’d never be without 3ds Max on his PC. “Over the past three years I’ve been learning and having fun with TyFlow, Phoenix, FumeFX, Gaea, a bit of Substance and some Oculus apps, and that’s about it,” he says. Everything else he does is on a Mac Pro. The Mac has all his music apps like Bitwig and Logic, then Final Cut Pro and the Adobe Suite.

Andy worked on animations with National Geographic in an intense four years and then a few gigs once or twice a year after that. “I worked on about 24 projects at Nat Geo, some just a few shots and a few I produced about 30 minutes of animation for a single show by myself,” he recalls. “I ended up with two Emmy nominations for my efforts. It was a stressful time as I had too much work and ended up in front of the computer for 12-16 hours a day for long stretches. There wasn’t time for much else.” 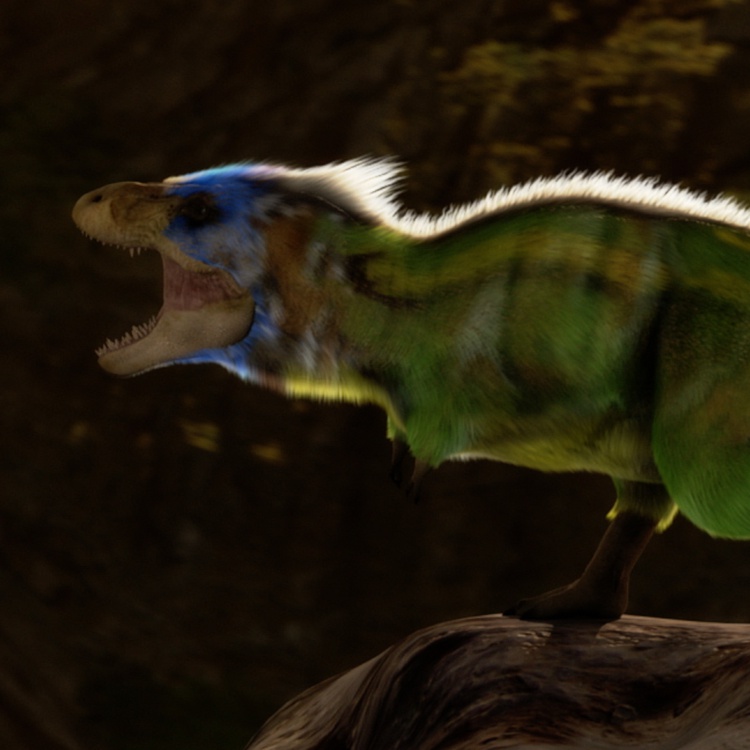 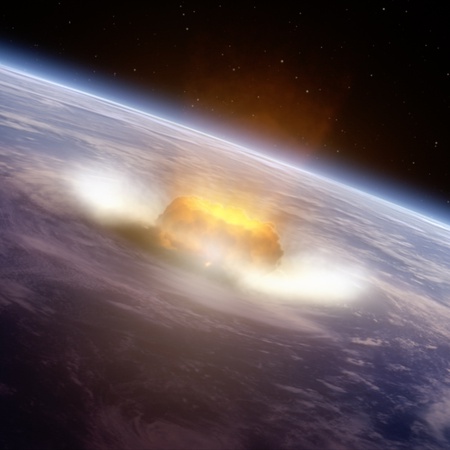 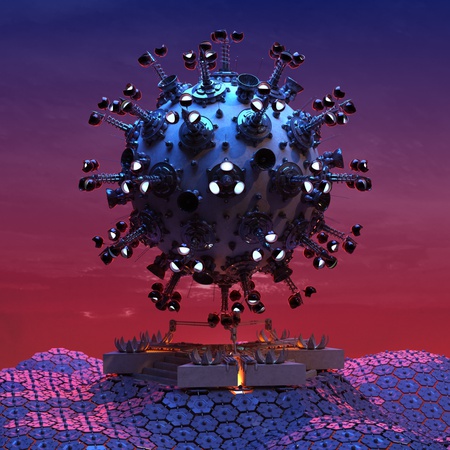 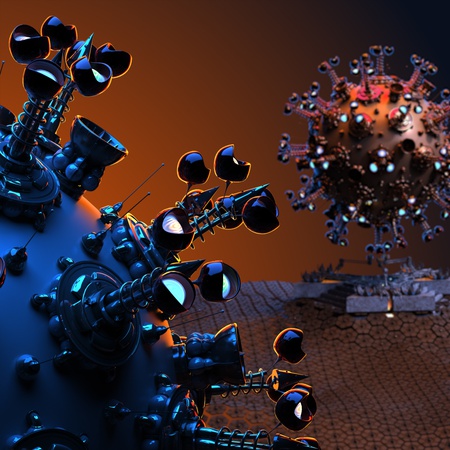 Murdock moved into a bigger house in Mill Valley right before the pandemic, so he felt really fortunate to be in this beautiful area instead of being right in the middle of San Francisco. As soon as he arrived, he wanted to dig back into LOR in a full-time capacity but never had the opportunity. “But the pandemic sort of provided a quiet space to let that happen,” he says. “After I worked with Gary Yost on Inside Covid-19, I had the studio set up and working really well. I just needed a project.”

The original LOR short back in 2001 was rendered at 720x307. That’s all Andy could do with the two small machines he had to animate and render. “Now here in 2021, twenty years later I’m re-rendering the whole animation in Stereo 3072x1308-pixels,” he explains. “That’s a combined image that comes out to 3072x2616. I’m working on two PCs but now I have some help with Chaos Cloud for the really long renders.”

Each scene is being reworked with new lighting, new materials and environments. “I’m using V-Ray, Phoenix, FumeFX, Gaea, Forest Pack, and Grow FX,” lists Andy. “And, TyFlow is all over the place in the new scenes, not just particle systems but the other tools that come with it. TyFlow is brilliant, huge and now, indispensable.”

Andy always thought of his original release as a sketch of a better version to come at a later date. Maybe that’s what he’s doing again, but as a one man show it’s pretty stunning.   “This is a stereo render using a standard cinematic projection,” Andy describes. “A VR version would be a 180 or 360-degree panoramic render. This is rendering with two cameras spaced apart by the distance of your eyes. It must be viewed in a VR headset or projected with a stereo projector. So, the experience in the VR headset is like that of sitting in a movie theatre watching a 3D movie on the screen. This way is comfortable viewing.”

There is one aspect of creating an art piece for a VR Visor experience that every artist will appreciate and that is Viewer Attention. A person wearing a VR headset is going to pay attention to the artwork like no other place. The VR visor will filter out everything else and give the artwork the space it deserves. It’s intimate and immersive.   Andy also plans to remix and redo the music queues in spatial audio. “The original is in 5.1 so I think I can convert it over without fuss,” he says. “You can hear my music for free, by searching for LOR14 on Apple Music or Spotify.” 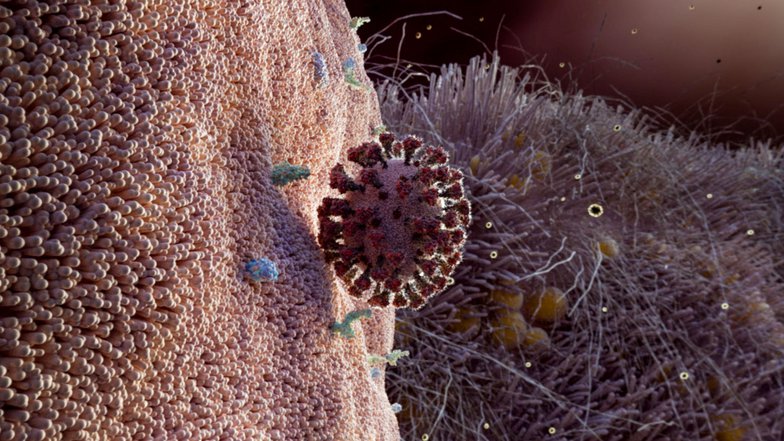 “I’m excited about the future of Virtual Reality production,” Murdock says. “I’d like to see different formats blended together into one deliverable package.  Like pre-rendered 3D with 6DOF, real-time and AR over live camera feeds.  An art piece, game or documentary would have far more impact if these different formats could be combined into one seamless experience. VR is more than just games and GoPro sky diving videos. I’d also like to see Apple make a great headset just to have more competition in the realm. They do hardware really well, and while they are always late to the game, they usually deliver something solid.”

Andy Murdock sees an exciting future in 3D, High Frame Rate and VR combinations. With 2D projection of traditional film and TV, he’s a big-time 24 or 30fps fan, but for VR, high frame rate is preferred. “It’s far easier on the eyes, but also far more expensive to create,” he says.

These days art forums on the web are even more flooded with incredible works of art. “I am excited about how many really talented artists I see from around the world,” he adds. “I felt special twenty years ago and very proud of my work, but today I am inspired and challenged to do more as I see animations and images from artists who are less than half my age.”

The original Lots Of Robots and the new renders in Stereo were created on two affordable workstations with off-the-shelf software by a single artist, just two decades apart.