South Korean lighting artist Lee Seong Hong takes us through his approach to personal work, and gaining confidence as an artist, and shares his inspirations and aspirations…

Tell us a little bit about yourself: Who are you, what do you do, and where are you located?

Hello. My name is Lee Seong Hong, a lighting artist who works for an animation company called 'Millionvolt' in Korea. I'm a person who likes and enjoys working in any area such as movies, animations, advertisements. Also, a person who enjoys learning new things and loves stylish characters. Before starting, please understand that I'm not good at English. 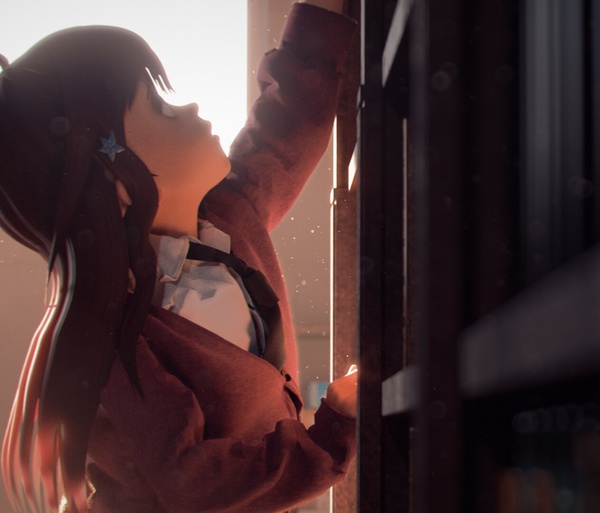 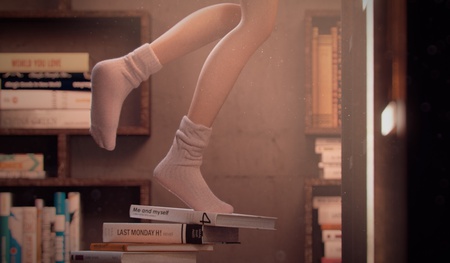 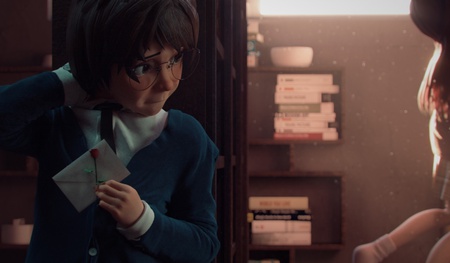 What was the workflow behind your latest gallery image? Where did the idea come from?

In the past, I didn't have the courage to make my own, other than working in the company. So, the first of several personal projects in the past, I took concept art from ArtStation and implemented it in 3D to start practicing and developing my courage. Like a 'train' made from a painting by Z.W. Gu.

After a little bit of courage, I started building up my style with several new challenges based on the existing concept art. Like project 'In blue' with a little action, referring to PiNe's 青い午後. And the 'SnowGirl', which is made while moving like SpinePro, referring to Dao Trong Le's snow.

After I gained confidence working on these, I started making what I wanted to make without being tied up. When it comes to personal work, I have thought that I want to make it myself and make it while having fun, and I have been doing that.

'Love Letter', the latest work, is a work that I began to show the beautiful love of students while watching the movie 'Flipped'. The beginning of the work is, of course, a collection of references. I searched the movie ‘Flipped’ the most, and I looked for references in many ways by referring to other pictures in the library, cameras, layouts, colors, and so on.

The work process of those who work on their own is quite similar, but also they have quite a variety of approaches. I do the rough character and rough modeling first, so I set the big layout first. You just need to make one big enough to want to proceed in this way.

After that, we will do a very rough lighting. Actually, it is recommended to start lighting after other pipelines are finished, but I prefer this work process because I like to do things that are fun first and enjoyable.

What is unique about me is that each work has self-feedback. After saving the still image of the image you worked on that day, look again before going to bed and check and mark strange parts, parts that need to be developed, and so on. This will be a guideline. Furthermore, one way to go further is to get feedback from blunt people around you.

Do you use any other software, either for work or personal projects?

It takes a lot of time to create a character. In line with the industry's focus on high-quality work in a short period of time, I always wanted to reduce the time spent creating this character.

Character creator really relieved me of a lot of my worries. In addition to character rigging, it provides presets for skin and makeup, from blendshape of facial expressions, and is a program that is very useful for creating stylish characters as well as real-life characters.

I was amazed by the basic maps provided even when uploading skin details, as well as utility maps such as IDs required for look development, are automatically provided.

The new features of Lightmix in V-Ray 5 cut the time to develop the look by several orders of magnitude. Just like in the light pass compositing in Nuke, you can develop the look by combining lights in the frame buffer without continuing to render. Among these features, I can assure you that this is a feature that saves time.

Who are your favorite artists, traditional or digital, and can you explain why?

But I most admire the person named Sang-ho Jung. Sang-ho Jung who always makes great efforts for the development of the Korean VFX industry. It is playing a role in raising the level of new artists by generously sharing domestic VFX curriculum and various information. I think that the better the newcomers are, the better the industry. I will always support him, and I will also play for the domestic VFX industry.

What can we expect to see from you next?

As I said at the beginning, I will continue to work on my favorite work. I'm not going to create something that goes along with any fashion, but something that I can really enjoy and make. I am so grateful that many people enjoyed the work I made together. I will continue to do happy personal work as it is now. See you next with my personal work. Thank you all for reading the long article.