Games industry professional, VFX team leader and entrepreneur Johan Svensson shares his experiences and his tips for teaching yourself 3D and forging your own career path in the industry

Games industry professional, VFX team leader and entrepreneur Johan Svensson shares his experiences and his tips for teaching yourself 3D and forging your own career path in the industry 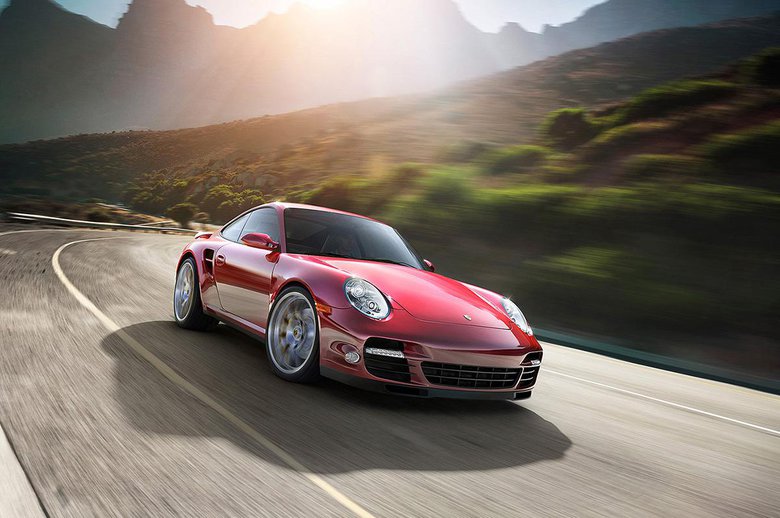 Part of the games industry since he was 18, Johan Svensson has worked on titles such as Final Fantasy and Terminator 4. Now head of 3D at Bsmart AB, Johan runs projects for clients including Audi and Samsung.

After experimenting with Photoshop for a while, the young Johan Svensson wanted a new challenge and launched himself into 3ds Max. Already working as a freelancer during school, he built up a portfolio that landed him his first job in the games industry and he moved from his small town to Sweden`s biggest city, Stockholm, aged just 18.

After three formative years at Grin studio, the financial crisis forced the studio to close its doors leaving Johan jobless. Undeterred, he set himself a strict schedule working at home to polish a new portfolio. These efforts paid off as Johan landed a number of freelance gigs in the triple-A games industry, working on Final Fantasy, TomClancy`s Ghost Recon and Terminator 4.

In another savvy career move, Johan decided to study business management with leadership, economics and project planning, adding these skills to his 3D knowledge. Now working as head of 3D at VFX studio he leads a successful team on a number of impressive projects.

On top of his day job, Johan runs Sweden's biggest event's website, Activated.se, as well as doing some freelance work in the game industry. We find out where he gets the time for all this… 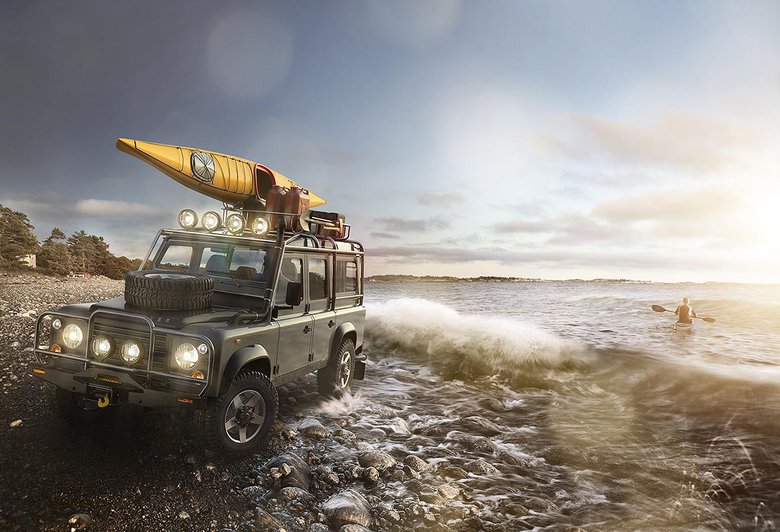 Johan wanted to reflect a Swedish outdoor adventure here. The parts were modeled in Cinema 4D and everything was rendered with Maxwell Render © Bsmart AB and Johan Svensson

3dtotal: As a self-taught artist, what resources did you use to develop your skills?

Johan Svensson: I think I'm extraordinary when it comes to self-knowledge. I haven't graduated from a 3D school; or completed any 3D training programs - nothing. I believe that if you have an interest in something you should spend as much time as you like on your interest. That's what made me what I am today.

I also saw early on how much knowledge is available for each person in a company, and have been open about getting feedback and expanding my knowledge. There is a huge amount of knowledge available that few people dare ask for.

I think one great resource to help develop your modeling skills is using real clay. Create some sculptures and learn the traditional way by using a lot of image references. When I started drawing and sculpting in clay, I discovered a new way to see shapes. The shapes then became clearer and I had a huge advantage of this later when using digital software. I think it is incredibly important to get access to all form of art, not just a computer, to be creative.

Sculpted and modeled with both 3ds Max and ZBrush. Retouched and rendered with Octane render to create
the final realistic look © Johan Svensson

3dt: How has working in advertising and editorial VFX compared to your work in the games industry?

JS: The deadlines were a big difference - from spending 2-3 years on a game, I now spend one day to a week in the commercial VFX industry. Each deadline in the game industry was broken up between months (called ‘milestones'). When the milestone was sent to the client, you could return to normal working hours - so it was more of a temporary high tempo for a certain period. With the commercial industry though, drafts are sent to art directors at only a few hours apart.

The VFX industry enables me to push the quality of my images to the limit by allowing me to add more details and the potential for a higher resolution on my work. There are lots of optimization and technical processes within the game industry, so you should consider about the number of polygons and how large textures are. It's not always the details that count in advertising; it's more the big picture of the game model. You have to think more about color placements and the shape.

The big change was also that I had more imaginative concept into actual products when I went from games to VFX, so I had a little more freedom to determine how things would look. This varies greatly in different game studios, where I prefer to work more in small teams so I have some freedom to decide. 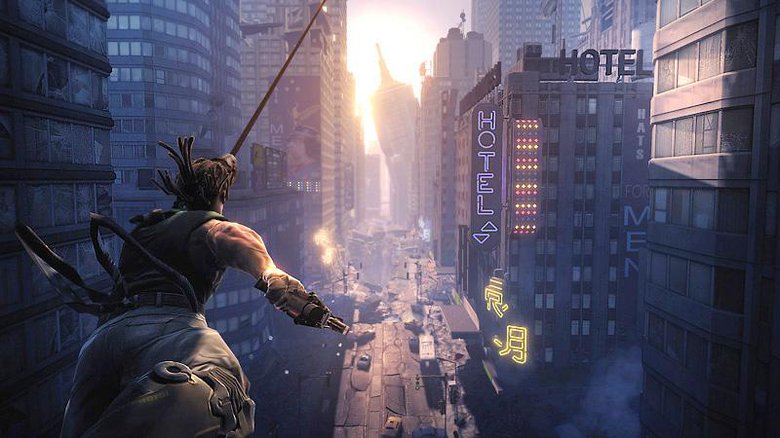 An in-game screenshot of the game Bionic Commando © Capcom

3dt: Alongside your 3D career, you also run a popular leisure activities website, www.Activated.se. How do these practices feed into each other and how do you find the time?!

JS: To be honest, you must set aside time to accomplish something - so there's always time, if you take the time. Activated.se has increased to getting over 5000% more visitors per day in just two years, and this is the driving force. To be successful and to find time has made Activated.se one of the biggest events website in Sweden. We collect all sorts of information, from opening hours to how many courses a bowling lane has. It's just to facilitate and make it easier for our visitors, where they can find the best nearby activity. And of course, I am responsible for the graphical elements!

To take care of something that is a big challenge and that you constantly have to find new ways to get more visitors in…. This work is so different from what I have previously experienced, but just working on something so different makes it interesting.

3dt: For your 3D work, are there any tools or plug-ins that you couldn't live without?

JS: Yes, HDR Studio is one - it is an incredible resource that liberates lot of production time. Being able to put the lights in real time and see the results instantly, is fantastic.

I also like the OctaneRender, precisely because it is very reminiscent of Next Limit Maxwell Render, though everything is controlled by the GPU, which enables a faster rendering preview. I like to be one step ahead in technology and finding new time-efficient processes - I think these softwares help. 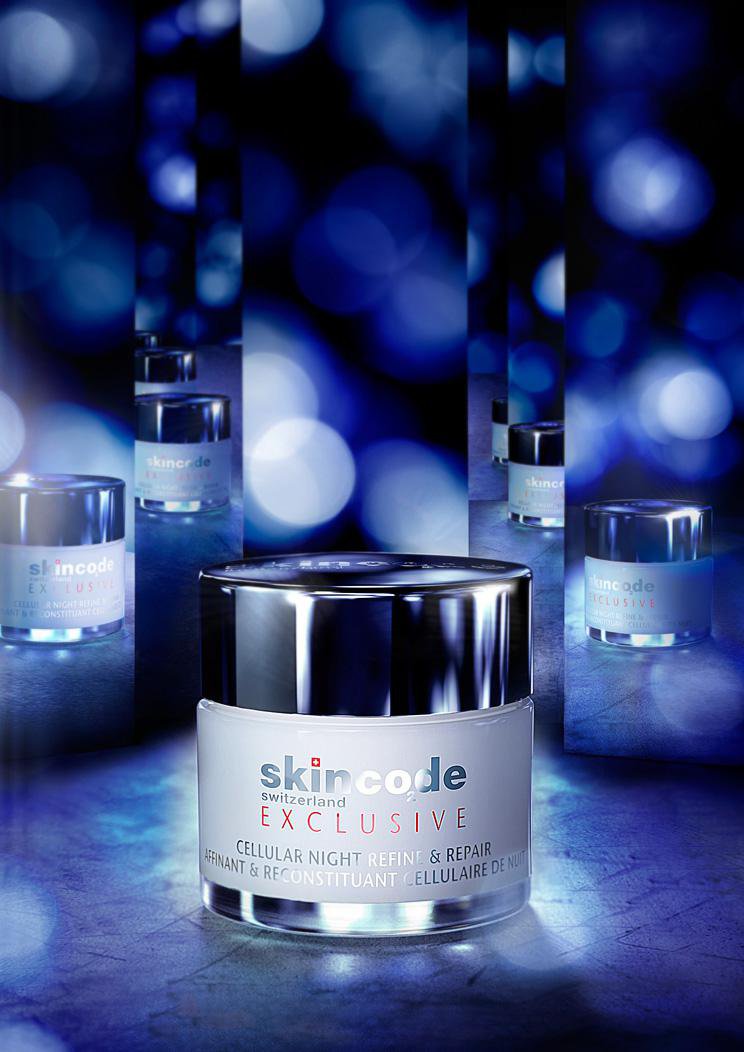 3dt: Could you briefly outline the pipelines you adopt for your commercial work?

JS: First, I start by making contact with the client or ad agency that hires me. Then we go through the brief and schedule a time for the final delivery. After this, I have daily close contact with Art directors and send them status drafts during the production.

For large jobs, I usually try to break down the process step by step - first, approval of the 3D model, then approval of the lighting and finally approval of the retouch. These are all designed to avoid having to go back and lose precious time during production. Then everything will go to print and I ensure all color profiles are correct and match the printed image to what I have on my screen. After that I deliver the materials and the job is finished. 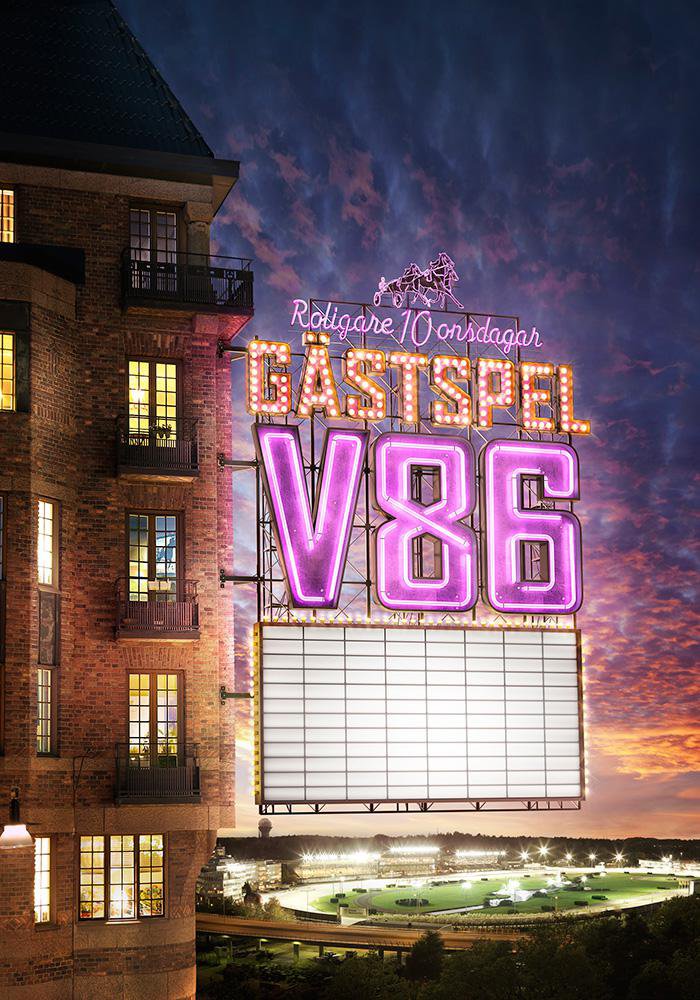 3dt: How much creative input do you have on these projects?

JS: Sometimes nothing at all and sometimes a lot. There is often a set brief or an Art Director with an idea. I often decide for myself how the lighting will look, but the product itself can never be changed. I had more freedom in the game industry as I had a closer relationship with the concept artists and it was easier to show what I thought. I always try to be a creative partner in the production by discussing solutions together with the client, so both myself and the client have creative control. 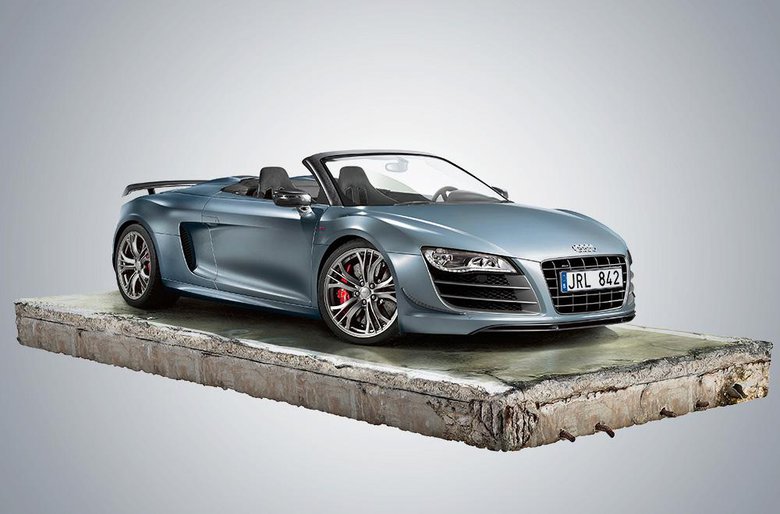 Advert for Audi, Johan sculpted the ground in ZBrush and rendered everything in V-Ray © Bsmart AB

3dt: Do you have any advice for young artists looking to work in editorial and advertising VFX?

JS: Be smart and build up a portfolio that is different from others, and focus on what jobs you are looking for. Pick out only the best and be open to all feedback. Practice all the time, even when you have a job in the industry.

I don't think the only way into the industry is by going to school - if you have an interest in the subject you can learn everything yourself. A school is more for developing an interest and finding a way to go. Don't spend too much money or time finding the perfect school, practice constantly at home and have fun instead - then there is potential for further success. 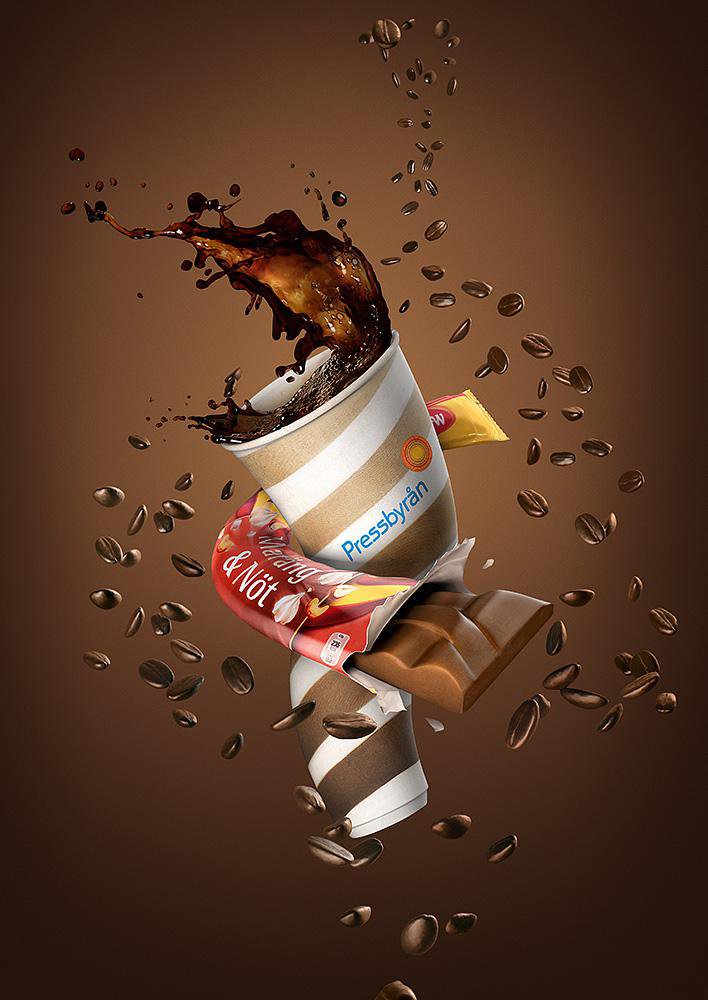 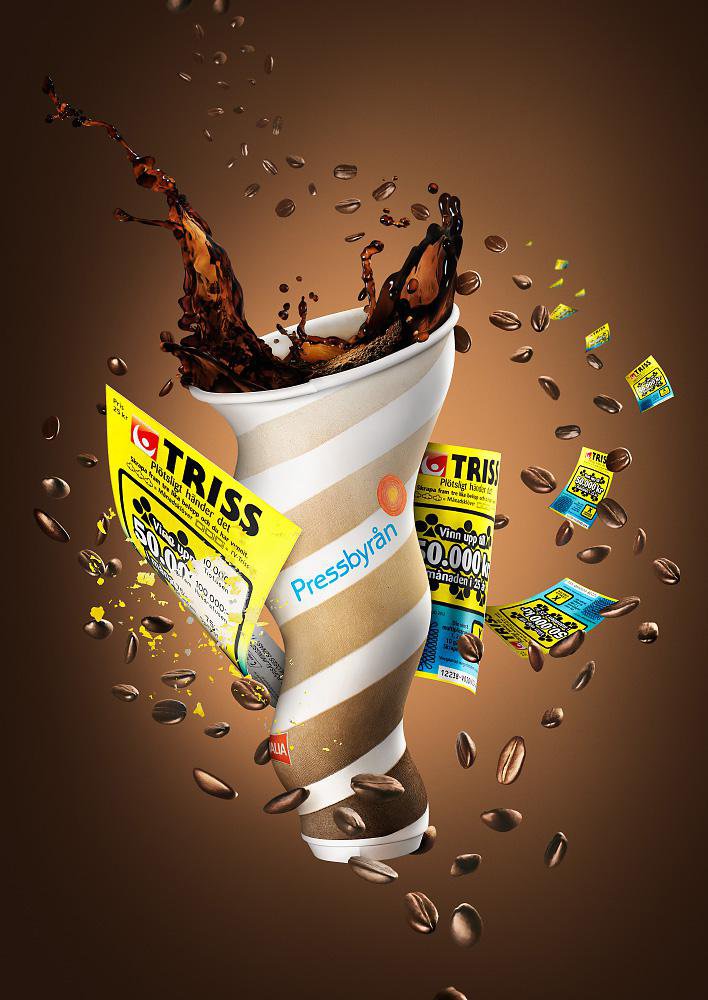 3dt: Out of all of your projects, which make you proudest?

JS: I would say it has to be the campaign ‘A cup of coffee is seldom alone' I did for the Swedish convenience store Pressbyrån. It had huge publicity both in newspapers and subway areas, and I also got a huge boost and appreciation both by friends and close acquaintances that saw the pictures every day on the way to work. I became even more proud when the client decided to do three more motifs because the campaign was so successful. A total of six motifs were created.

I also had some projects that were published in The Wall Street Journal and Metro Newspaper. These projects was not at all planned but still had a huge exposure. 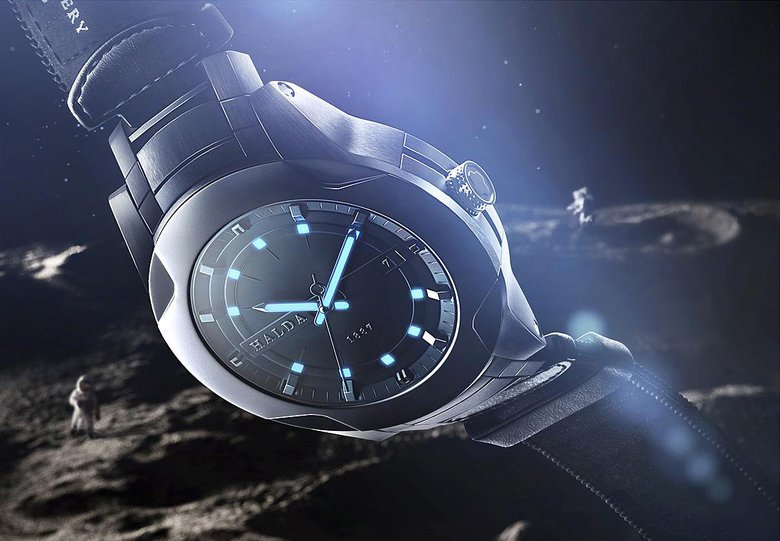 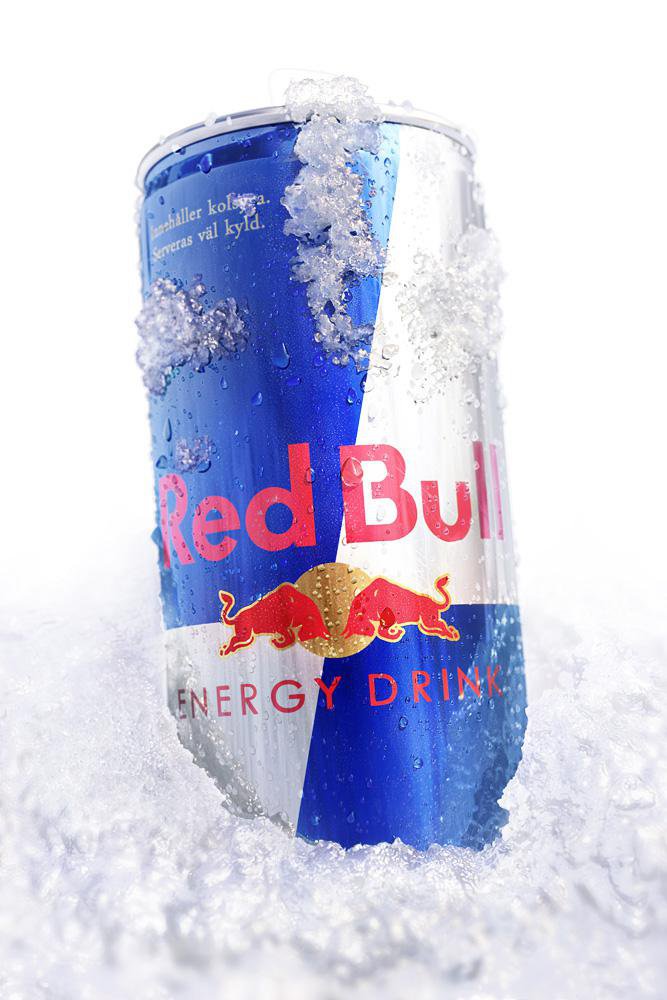 Johan created this image with Cinema 4D and ZBrush, and rendered in Maxwell © Johan Svensson

3dt: If you could work on any VFX film, game or commercial campaign, past or present, what would it be?

JS: I'm usually open to all suggestions, but I like to feel some engaging creativity with the team and that hard work will pay off. Also, freedom of projects and coming up with your own suggestions and ideas to improve the production. Nothing can be better than working together in a team with a lot of talent and inspirational artists. For me this is the most important part, and there is no requirement for a specific industry to work within. As I said I'm open to everything and want to be able to influence with my knowledge.

3dt: Finally, thank you very much for taking time out of your busy schedule to take part in our interview!

Check out Johan Svensson's portfolio site
Take a look at Johan's car tutorial on the 3dtotal site
Interested in learning about VFX techniques? Try our ebooks