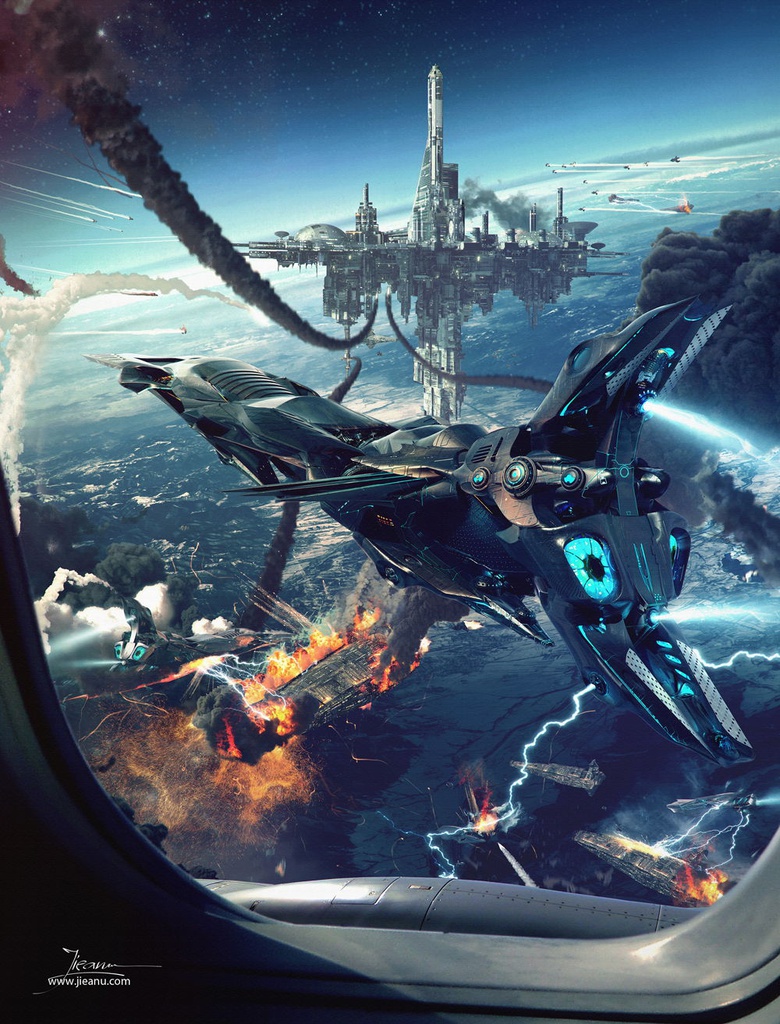 You have been working in the CG industry for over ten years now, but how did you get involved in this sector?

The story began a long time ago, in a galaxy far, far away, back in my childhood years. Drawing has been my greatest hobby since I was a kid; I had a true passion for it. Later on, a friend of mine introduced me to 3D Studio Max and I was literally blown away. I bought every book that I could get my hands on, and started learning. When I turned 18 I was hired by Antena1, one of the main TV stations in Romania. I was very fortunate to meet some really great people there, notably Mihai Anghelescu (http://www.anghelescu.net) who was my first "teacher" He was patient enough to teach me everything he knew about TV broadcasting, graphics, and what real production meant.

Is there a big CG industry in Romania and how easy is it to get experience there if you are keen on getting into films or video games?

In recent years, the CG industry has expanded a lot. Many game developers have opened up studios in Romania, such as Ubisoft, EA games, Gameloft etc. So if you're into gaming there are lots of career opportunities. In television it's a bit harder. It's harder to learn broadcast graphics from home since hardware requirements are higher and you also need footage to experiment on. I guess learning motion graphics is more a matter of opportunity. I, for one, got hired on an internship for almost a year before getting paid. As for the film industry, it's slowly growing but there are only a few studios doing it and the biggest one has only a small percent of people compared to big post-production studios in the US or Europe. 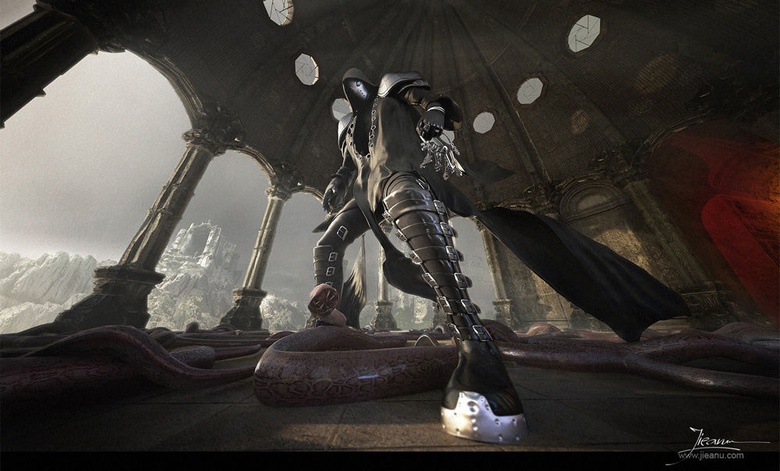 It seems from your resume that you have been a 3D generalist and matte painter for some time now, but which areas do you tend to spend most time working in and what are your favorite disciplines?

I think expressing myself through concept art and illustrations gives me the most satisfaction. 3D takes a lot of time, especially production-ready 3D. I always try to avoid it and use as much Photoshop as possible, since 2D is getting a lot closer to the "what you see is what you get" feeling.

When working on illustrations, I never pay attention to clean meshes or production workflow given it's a static frame and the fact that I can always correct it in Photoshop. My favorite part is, of course, putting it all together and seeing my final work come to life.
I used to be one of those guys who thought: "If it's not completely 3D, it's fake" You do realize after a while that the only thing that truly matters is the final output. I remember seeing this great Making Of by Framestore, of a Guinness commercial. They had to create a terraforming effect and tried everything possible, from procedural terrains to animated displacement maps and so on, but with no satisfying results. One day someone had the brilliant idea to film a pudding at high speed. The way the dough grew looked exactly like some terraforming hills and valleys. That was a big wake-up call for me. I started experimenting with all the media tools available, from oil painting to pencil or marker drawing, photography, animation, compositing, filming and so on, and I was very enthusiastic about it. I learned a lot from it and each media taught me something about lights, cameras, composition, color, timing, rhythm etc. I've always loved the diversity and the possibility of learning something new every day.

What types of projects interest you the most and why?

I love the sci-fi and fantasy genres since there's more creativity involved, endless possibilities and the imagination can run as wild as it wants. I don't try to recreate reality anymore as I see it every day. I can spend two weeks working on a photorealistic interior design, or I can use my camera for two minutes and I'm done. Not so mind-expansive, is it? 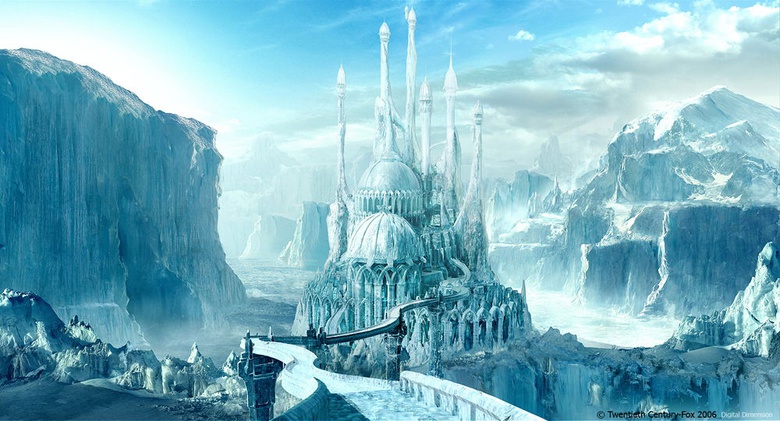 What do you feel are the biggest challenges facing you as both a 3D generalist and matte painter?

I am not really a matte painter, well not the classic type anyway and instead I use techniques borrowed from matte painters. They should actually invent a name for it and if they won't come up with a fancy one anytime soon, I promise I will [Laughs]. Everyone does matte paintings nowadays, combining a few photos and a lens flare. I think "mixed media" is a more appropriate name for it. Matte painting is based on production requirements, creating photoreal set extensions or modifying existing sets.

As for challenges, I think making it believable is the most difficult part. Anyone can create an alien, but not everyone can make it an original and believable alien. A realistic alien on a very realistic alien planet, now that's a challenge. I am still working on that aspect, and I might even hit 60 whilst still trying.

I agree that creating plausible designs is indeed a challenge, but what do you think are the best examples you have seen that have looked both original and believable?

I think the whole Alien series is both believable and original; it's one of the best examples I can think of. Everything is so detailed, from the anatomy and the skin texture, which even gives you a good idea of how it would feel to the touch, to the way they organize, reproduce, breathe and eat. Even their planet is carefully conceptualized, making you wonder "what if"

The Mist, where the creation of truly believable and unique monsters was pretty challenging I think, since they haven't been described in detail in King's

Which films have impressed you the most from a CG perspective?

Oh, where do I start? Movies are and have always been my greatest inspiration. I started working in the industry after seeing Jurassic Park, which I think was a great revelation and a step up in the industry at that time. Later on I became fascinated by matte painting after watching The Lord of the Rings, and now I am still recovering after Avatar. It's funny, because each time you think you are actually keeping up with the "big boys", as I like to call the


big production studios, a new revolutionary movie comes to life; a movie that keeps you staring at the screen for its entire duration and leaves you with a big "what the heck" expression on your face at the end. That's what Avatar did to me. Those guys deserve a lot of credit and appreciation; they keep the industry alive, pushing the limits every time and keeping everyone motivated.

You mention Avatar and The Lord of the Rings, but where do you feel the biggest CG advancements have been made with respect to these films and the general industry over the last five years or so?

I think The Curious Case of Benjamin Button played a major role in the CG development over the past few years, through the use of the Mova Contour system. Also 2012 had some groundbreaking VFX.

There is mention of Homeworld in both your matte painting and 3D portfolio. Can you tell us a little about this project and the idea behind it?

I thought I should make a series instead of plain, different illustrations. I wanted to tell a story and it's a lot easier, not to mention it makes more sense doing so, in a series. Homeworld was born at a time when I was still learning CG, so I could barely convey my ideas and vision on screen.

Which digital artists do you look at for inspiration, be it 2D or 3D?

I was a big fan of Dusso and, heck, I still am. I also like Syd Mead, Ralph McQuarrie, Ryan Church, James Paick, Mark Goerner, Khang Le, Feng Zhu, Dylan Cole, Stephan Martiniere, Raphael Lacoste, Jeremy Cook, Vitaly Bulgarov...there are so many that I could fill the whole page!

Thanks for taking the time to talk to us today.
Thank you for your time and consideration.