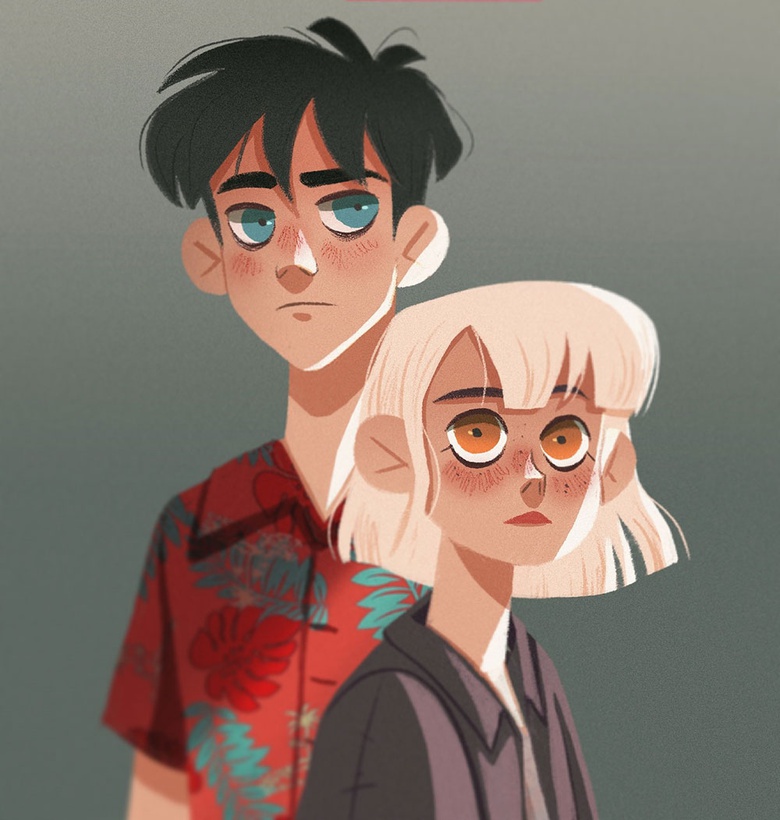 3dtotal: Can you tell us a little bit about yourself: Who are you, what do you do, and where are you located?
Justine Cunha: My name is Justine Cunha, I'm twenty five, I live in Paris (but I come from a little French town called Compiègne) and I'm a character designer and comics illustrator. I love drawing with no shoes on, eating (way too much) and watching cute rabbit videos. I currently work at Method Animation Studios on an animated TV show; my job is to create characters but also draw their blend shapes, turn-arounds and posing. 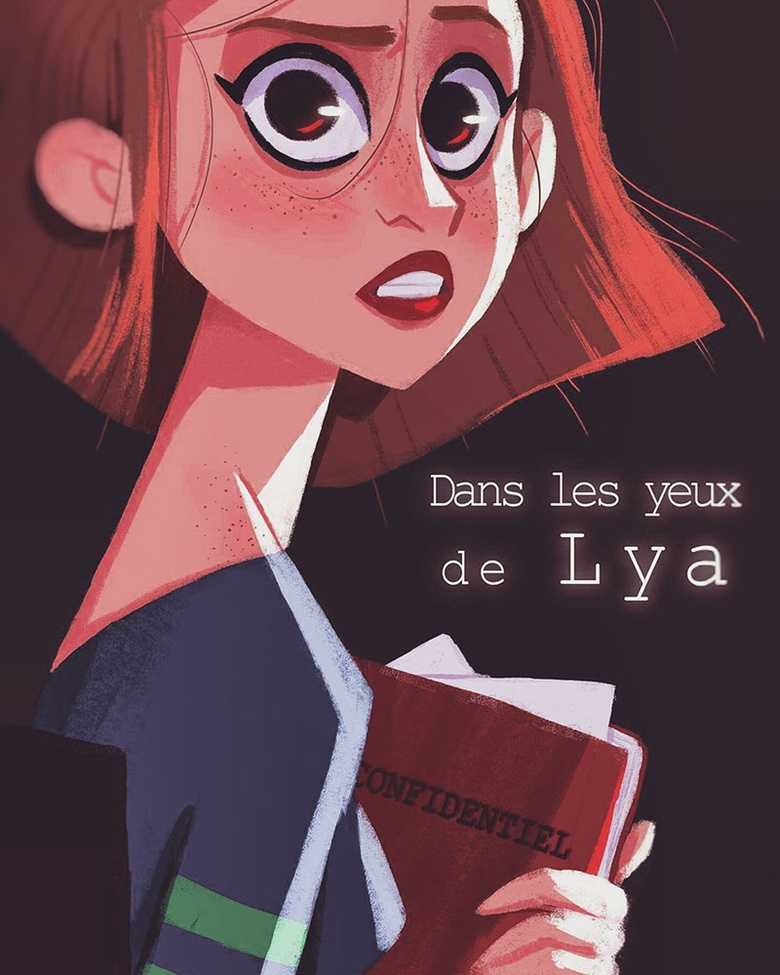 3dt: How did you get into art? What, or who, were your big influences?
JC: When I was very young we didn't have any need to copy illustrations at home, my dad (who went to art school) just redrew them for my sister and me when we needed. I was very impressed by his skills I wanted to be just like him. I was a big fan of Disney movies like every kid (my favorite was Bambi I could re-watch it every day, I was obsessed) but my dad really wanted us to watch other movies like Wallace and Gromit or Little Nemo in Slumberland, and we loved it! Because of all that I've always loved to draw but never thought I would make a job out of it. When I graduated I wanted to enter a graphic school not far from home but they told me I needed a prep school. And when I attended prep school the director saw my book and advised me to go to their animation section, I would be happier there. Thankfully he was right; I never wanted to do anything else after that.

3dt: Tell us about your art and the kinds of things you like to make. How did you get into character design?
JC: I've always preferred to draw characters than backgrounds (especially female characters, maybe because I indentify a lot with them.) I love how their personality is showed in the design. For my personal art it really depends on the mood Im in, or the music Im listening to. But, in general, what I love the most is drawing confident women, and I love watching movies with those kinds of characters. 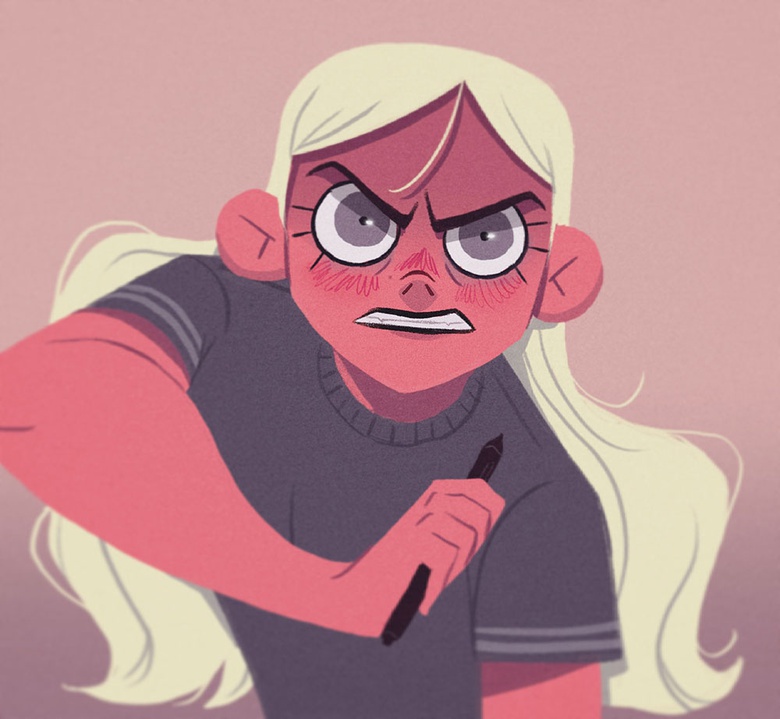 3dt: What would you say is the single most important aspect when designing a character?
JC: I'd say the story behind your character. Knowing your character helps to make graphical choices, the colors you will use, the posing or facial expression you will draw, the clothes she/he/it will wear. I think it's really important to describe with words who you want to draw before you even do it otherwise your character will lack personality. I love character designers that seem to have a whole universe behind every character, I pay a lot of attention on the drawing's title because of that.

3dt: When do you feel most productive making art? Are you up with the lark, or are you a night owl?
JC: I'm definitely a night owl; working at night with my cat on my knees is the best! But it's quite random, sometimes I have too many ideas I don't know where to start and sometimes I have nothing. In that case I do things like shape challenges or draw people on the subway, hoping that my mojo will return. 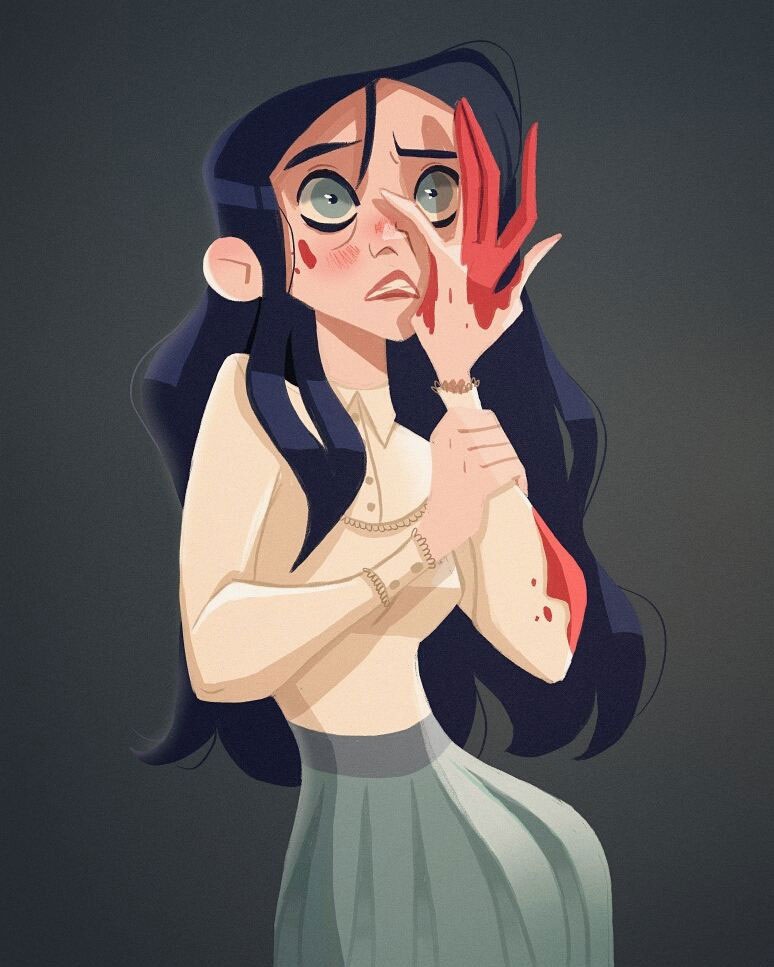 Murder What have I done?

3dt: What tools and software do you use to create your work?
JC: I draw everyday in my sketchbook with pencils in the subway, but I always finish the drawings in Photoshop. I have a brush that I really love called Blair from Kyle's Brushes (gouache category.) I like that it adds texture to the drawing, that the outline is not clean if you look closely. I was attracted to its name at first (because Im a huge fan of Mary Blair) and it became my favorite!

3dt: What artistic skill or style do you most envy? What would you like to learn in the future?
JC: I love artists who can draw great and original shapes; like square heads, weird and cool proportions in a very cartoon style. I envy that because I always end up drawing a semi-realistic style and Id like to stylize more. Discover different shapes and different ways to draw humans. The thing I would really like in the future is drawing more animals. I feel like I'm really missing something by not drawing them often. 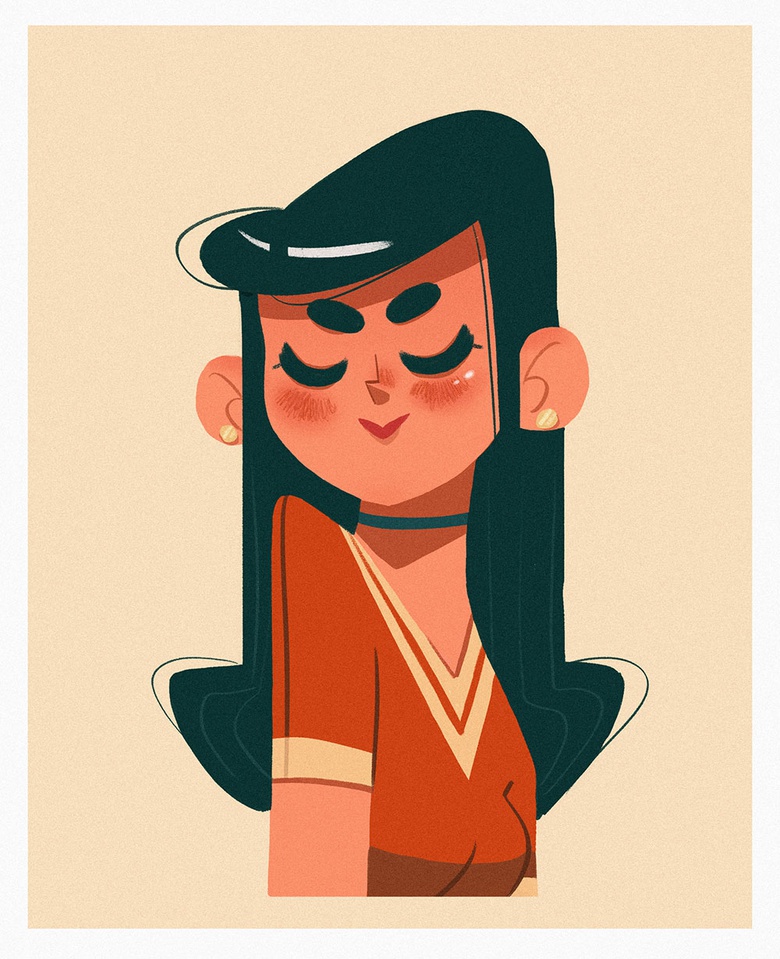 3dt: What are your artistic ambitions?
JC: I have many stories and TV shows projects that I'd like to achieve if I got the chance. Id also like to make books for children with my best friend, she would write; I would illustrate. I would like to have more time to do that because it's really rewarding. My dream would be to work on my projects full time (but isn't that everyone's?) But I try not to be greedy, I'm already happy that I get to draw for a living!

3dt: If you werent an artist, what do you think youd be doing?
JC: There are many things else I would have liked to do, even now! One of my regrets is that I have stopped playing the flute, (I'm a huge fan of Celtic music.) I would have loved to be a flute teacher, I was really close to mine own and music school was amazing. If not that, maybe Id involved in an animal cause, being on a Sea Shepherd boat or something like that. If I wasn't an artist I would devote one-hundred percent of my time to that. 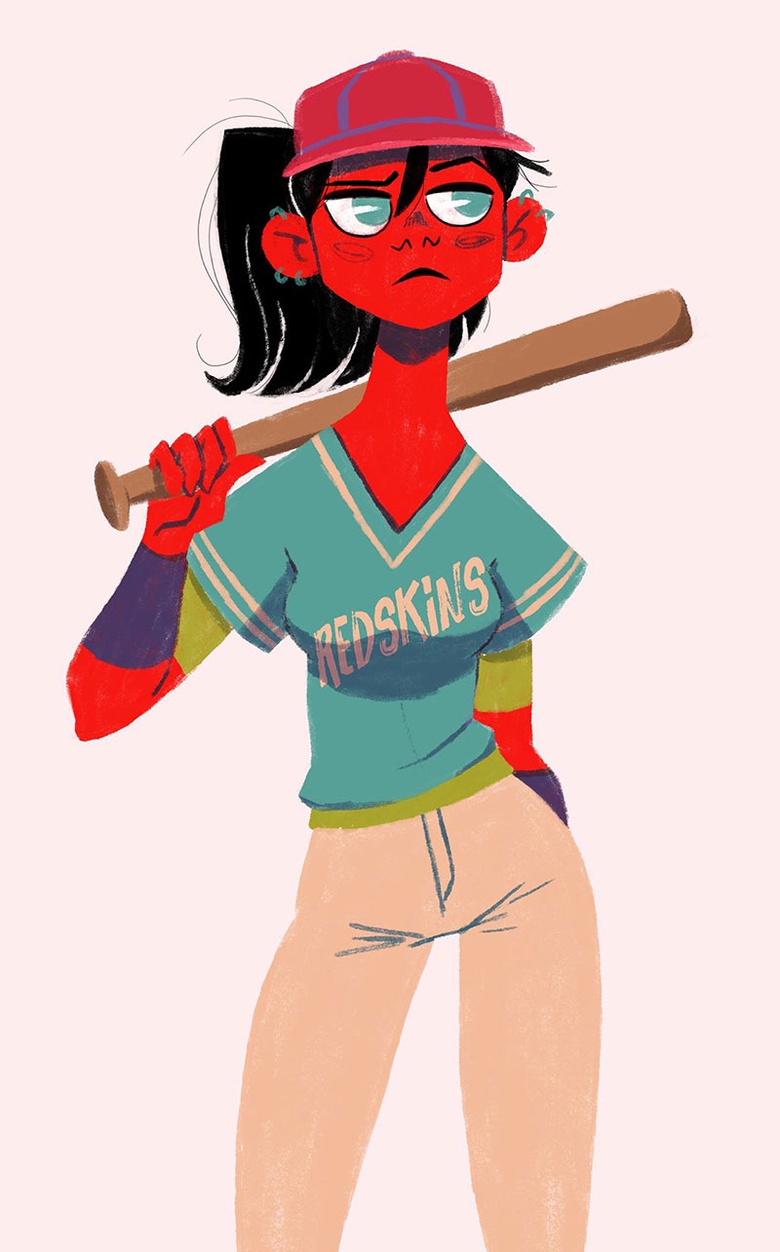 3dt: What can we expect to see from you next? Any cool projects we should look out for?
JC: I'm currently illustrating a comic for Dupuis Editions, working with Carbone, a scenarist (screenwriter). It's going to be a trilogy, launching next year (though Ive only drawn ten pages so far!) It's all new to me as it's my first comic, but it's so enjoyable to do. I love the characters that Carbone wrote I really got attached to them, and I hope I would draw more comics in the future!

Check out Justine Cunhas portfolio
If youre interested in character design why not grab the latest copy of Character Design Quarterly
or save some money by signing up for a yearly subscription.