I am a senior 3D artist specializing in lighting and look development currently living in Los Angeles. After graduating from Ringling College of Art and Design in 2009, I started my career as a 3D generalist in commercial production. I have worked for many commercial houses such as Psyop, Prologue, Elastic, Framestore and Buck. Recently I joined the film/tv production Double Negative in London, Los Angeles, and CoSA VFX. My professional work can be seen in many commercials, such as Apple, Google, Lego, Facebook to name a few. Star Trek Picard is the most recent project I am currently working on.

I was very grateful for being a part of the team responsible for creating the Gears of War 5 opening title sequence at Elastic in Santa Monica, California. This cinematic piece is about a nightmare from Kait, the game's main protagonist. We follow a mutating virus inside her body and see how it affects her reality when the game suddenly starts as she wakes up from her struggle. 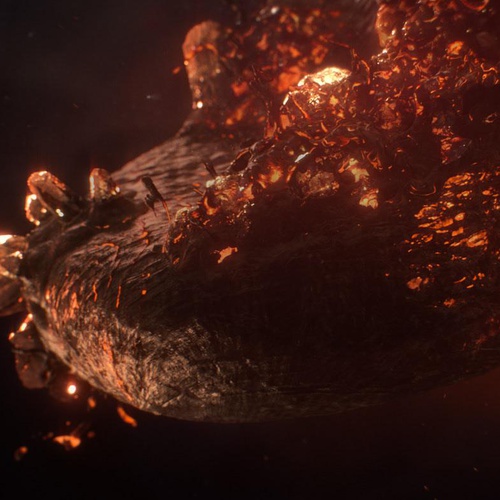 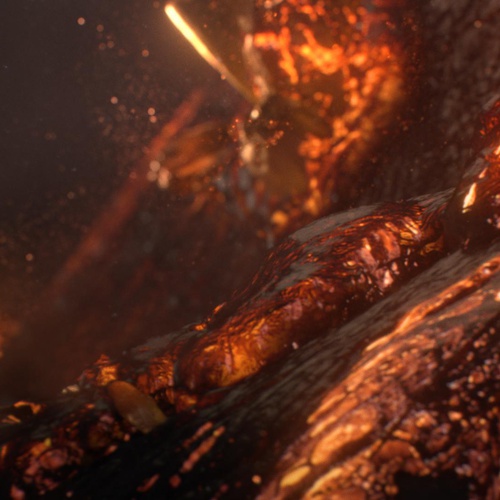 Creative director Noah Harris wanted to create a world combined with visual beauty and a sumptuous horror inspired by 19th Century English painter John Martin’s Pompeii painting. It starts on a micro perspective and gradually reveals part of the human body in a massive depiction, along with virus infection. There is beauty in the deadly virus as it grows amber crystals from lava-looking cells. Toward the end of dream, boiling and steaming fluid just like John Martin’s painting flows through her body. It has a similar vibe to the famous blood sea scene in Stanley Kubrick's The Shining. 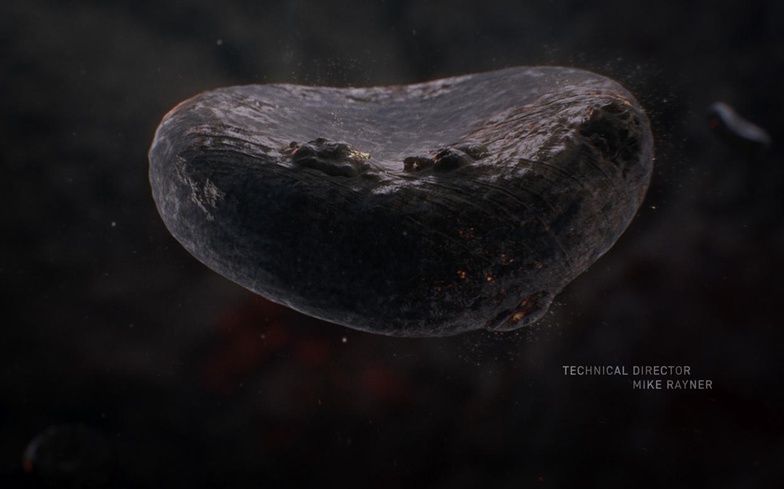 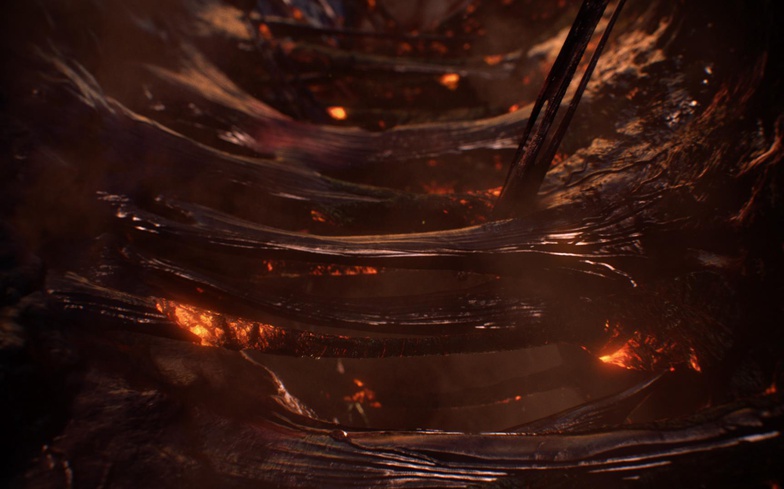 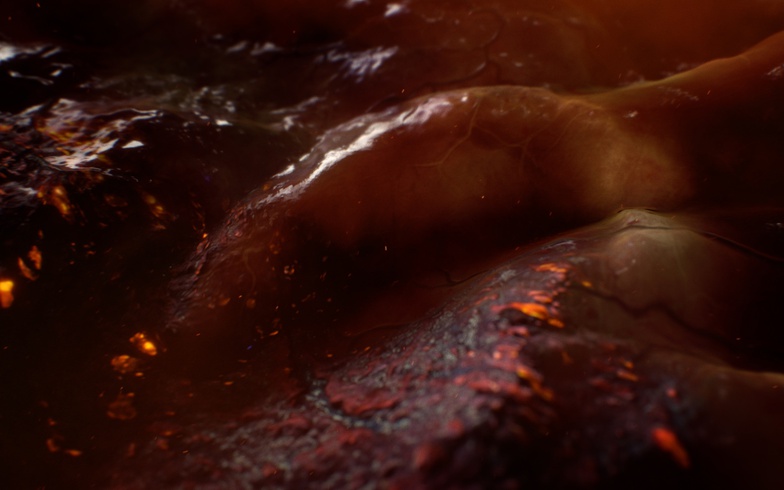 I was one of the 3D artists responsible for creating dramatic lighting and the look based on the design frames. We have around seven people in our CG lighting team. There was a lot of research and development in how I should achieve the look to stimulate the player’s excitement. The direction is beauty and horror existing together in the same world. I spent a week figuring out the magma-look type of cell. I think it went through probably seven or eight versions of different lava looks.  I used high-res images from Quixel Megascans for the base color, then brought in to Photoshop to create the heat elements where the cell erupts out magma. The trickiest part needed to make sure the lava flow came out naturally from the simulations in Houdini.

For the look of the tissue, I used Substance Painter to create the bloody gut textures.  For lighting, I like to keep it simple. I always want to make sure my lighting brings out the subtle details of the model, while still staying true to the design frames. However, a nice rim light or three quarter light always gives the image a nice punch. In this piece we wanted the audience to feel our lighting would realistically exist in a human body with a warm temperature light scheme. 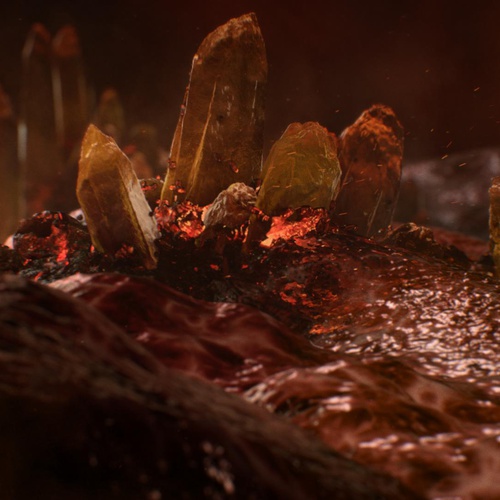 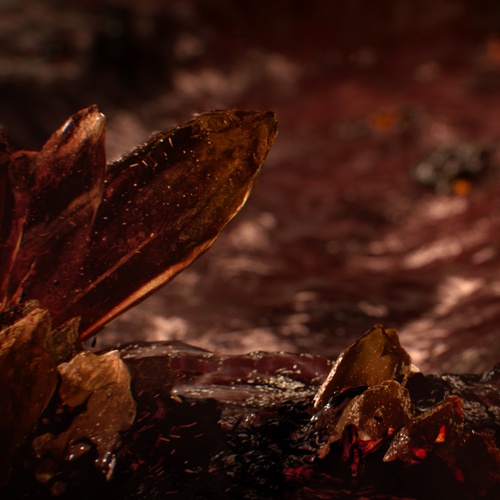 So we have many elements; lava flow, crystal, flesh, gut, tendrils, and organs. Elastic use V-Ray for the in-house projects and I rendered out multiple render passes for each element. The transition of the invading virus was done in compositing by animated masks from Houdini as V-Ray User Color attributes provided by the lighting team. Our compositing team embellished the final look in Nuke to bring the whole deadly environment to life.