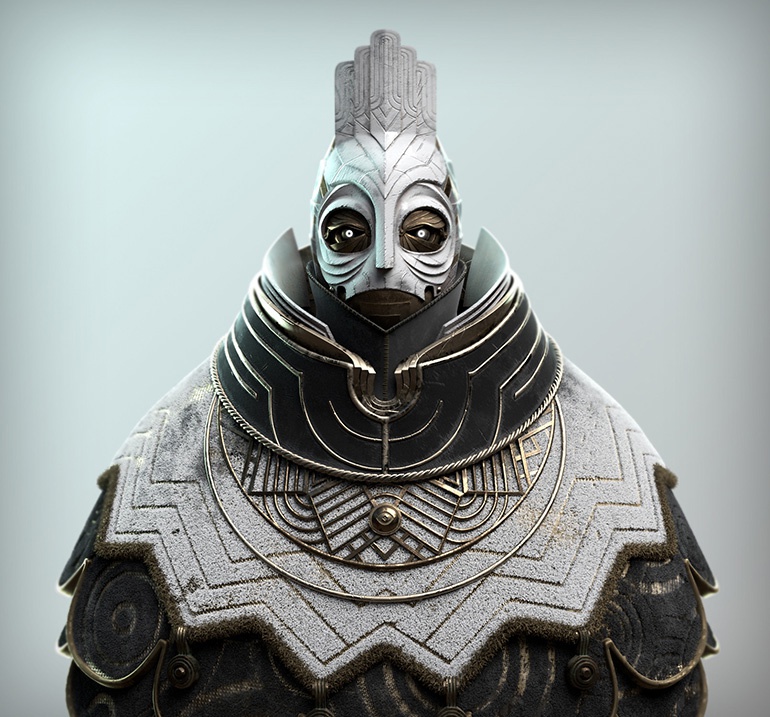 Eddy Loukil: I am a 28 year old graphic designer and 3D artist. I originally come from Paris, but I've been living and working in Rome, London, and now Montreal. I worked as a freelancer doing Architectural Visualization gigs and beauty shots for temporary events, when I was still studying. After graduating from design school, I had several experiences as a full-time employee, for various studios, in videogames, advertisement, movies, and more. I am currently working as a Modeler in VFX, at Framestore Montreal.

Early concepts for the videogame The Trail 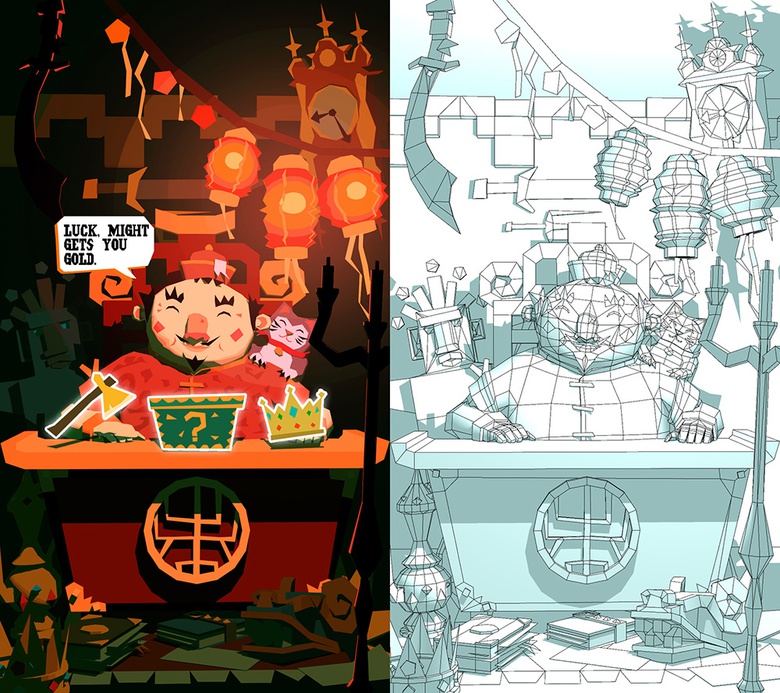 The NPC merchant on The Trail 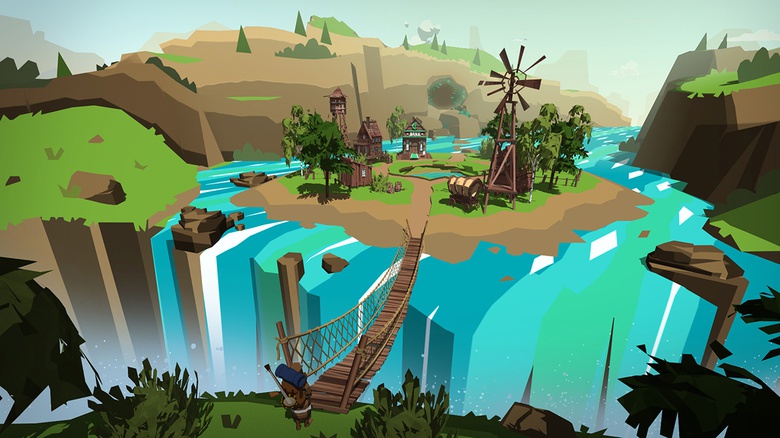 One of the landmark environment on The Trail

3dt: What was the workflow behind your latest gallery image? Where did the idea come from?

EK: The Peacock character is part of a longer term project. An architectural short movie I've been thinking of and concepting for a couple of years now. This is a tribute to the Art Deco style, but with a tribal twist to it. He could be part of a dystopian vision, or a remnant from an otherworldly past. A king or a mere servant, wandering in an unfamiliar space. Or maybe he is actually a crucial element of that landscape. 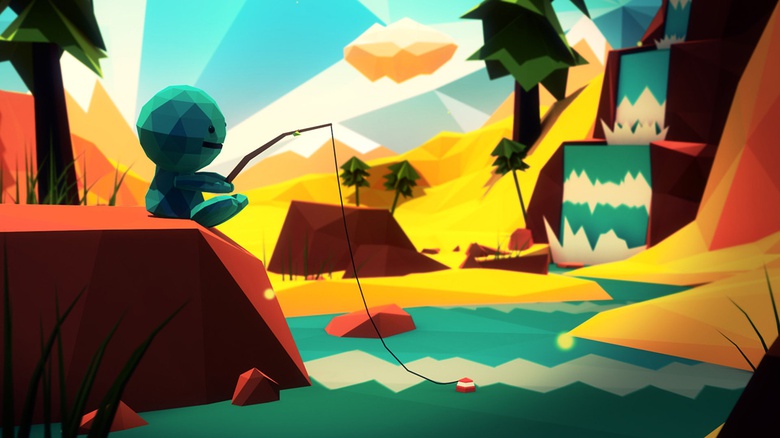 Shot from the music video I've directed for Senbei 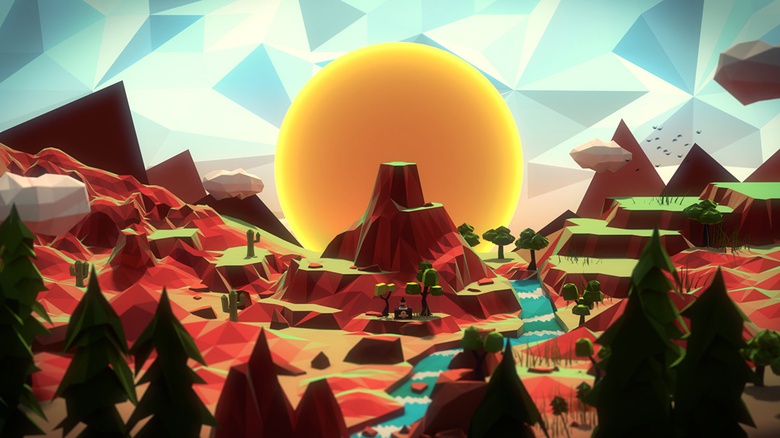 Shot from the music video I've directed for Senbei

3dt: What challenges did the image present? Did you learn something new?

EK: The main challenge was to find out the kind of design I actually wanted for this guy. I never had a strong idea of the final look. I actually started not even knowing if it should be a man, a woman or a robot. I didn't make any proper concepts for it and went straight into modeling on the fly. It resulted in a much more freestyle and organic workflow, which gave the design an extra layer of weirdness and complexity that I hadn't planned at the beginning. That being said, I have also lost a lot of time experimenting directly in 3D, designing entire parts that simply didn't work very well. I had to rebuild pretty much from scratch.

I sure didn't have any peacock in my inspirations, just a vague idea that he should look a bit feral, animal-like. But when I looked at the final picture looking for a name; the circling patterns on his clothing, the feather quality of the white collar, the shape of the mask... He struck me as a peacock. 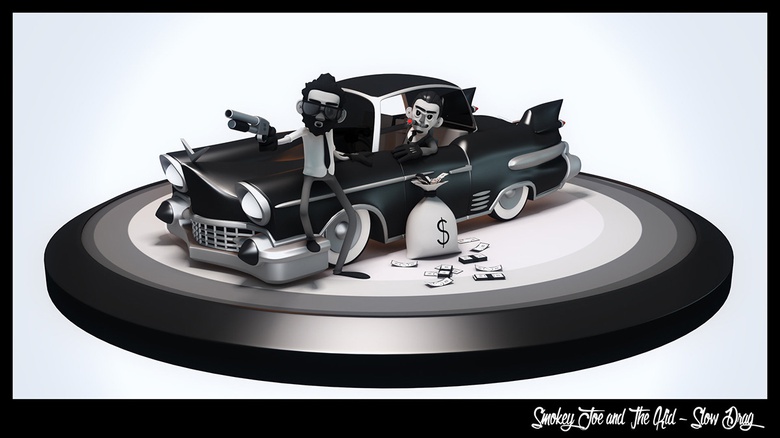 3dt: Do you use any other software, either for work or personal projects?

EK: I primarily use 3ds Max, Maya, and ZBrush for modeling. The Peacock was entirely box-modeled in Maya. The substance suite for texturing, especially for the metal parts, which were done pretty quickly using the generators inside Painter, with an extra paint layer, in order to add bespoke details. The render was done in V-Ray, using a simple HDR domelight and a couple of point lights.

3dt: How do you keep your portfolio up-to-date? Any tips?

EK: It's a mix of both professional and personal pieces. If the job is not very challenging artistically, I tend to spend more time doing my own things on the side. To keep training my eye and try to be satisfied creatively. I usually don't spend more than a couple of months without anything new to put in my portfolio. 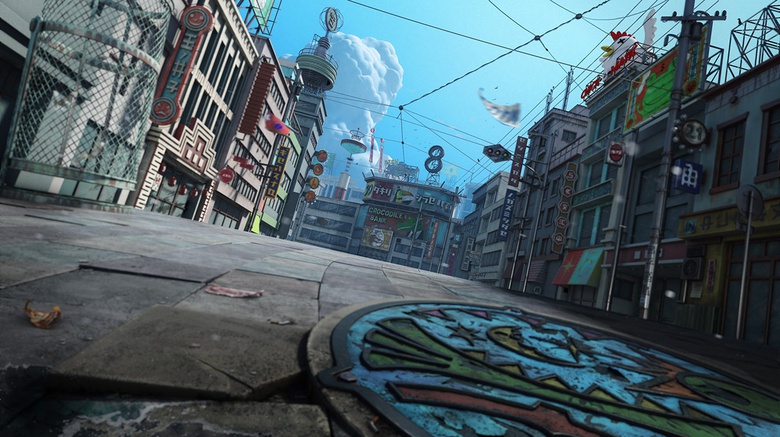 A 3D take on the Japanese anime

3dt: Are you a member of any social media groups? Any favorite hashtags you check on a daily basis?

EK: No, that's not my thing really. I just have a Facebook page that I keep updated, mostly for my close circle of family and friends. 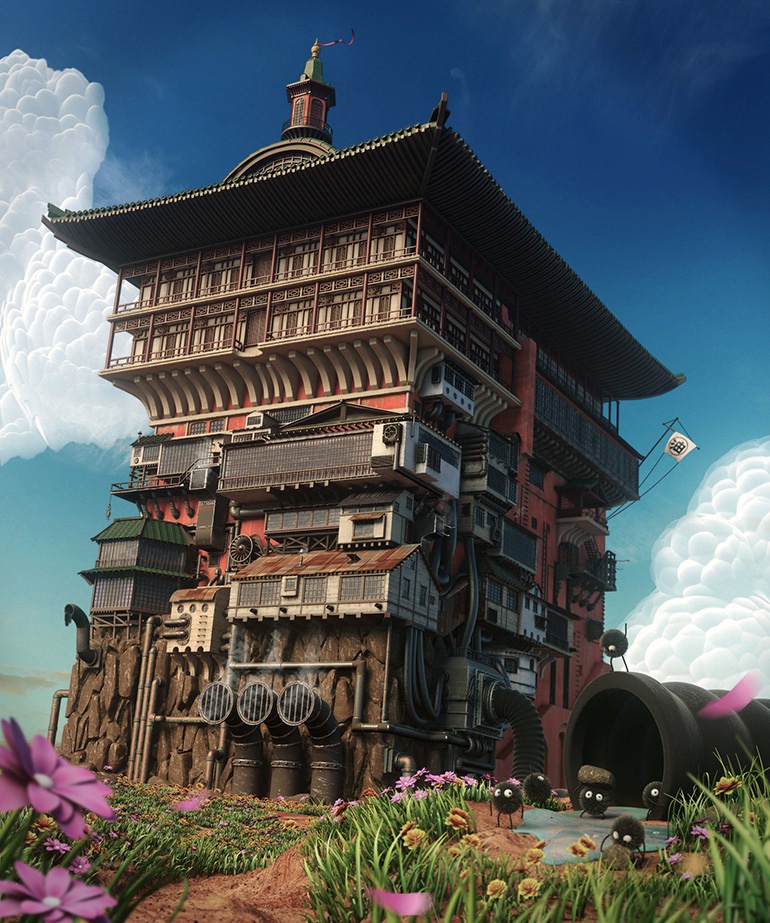 My entry for one of the monthly HCR modeling challenges at CGSociety. Which won the first prize

3dt: How important is the recognition of your peers?

EK: I do like confronting designs and ideas with other artists. And I always share some in-progress material with them, to get their feedback, and have a fresh perspective on a visual. Of course when you are done with a piece, on which you have spent a lot of time, you want to show it off. But I feel like fulfilling the craving of getting that idea out of you, through a canvas or a render, is actually more satisfying than to put it out there.

It is this constant feeling, that you have something new to bring to the big table of visual arts. That something has not been properly exploited yet. But until you find the time to make a piece of art out of it, to materialize it, it is nothing more than a nice nebulous idea. And those not yet materialized ideas, could be quite haunting. 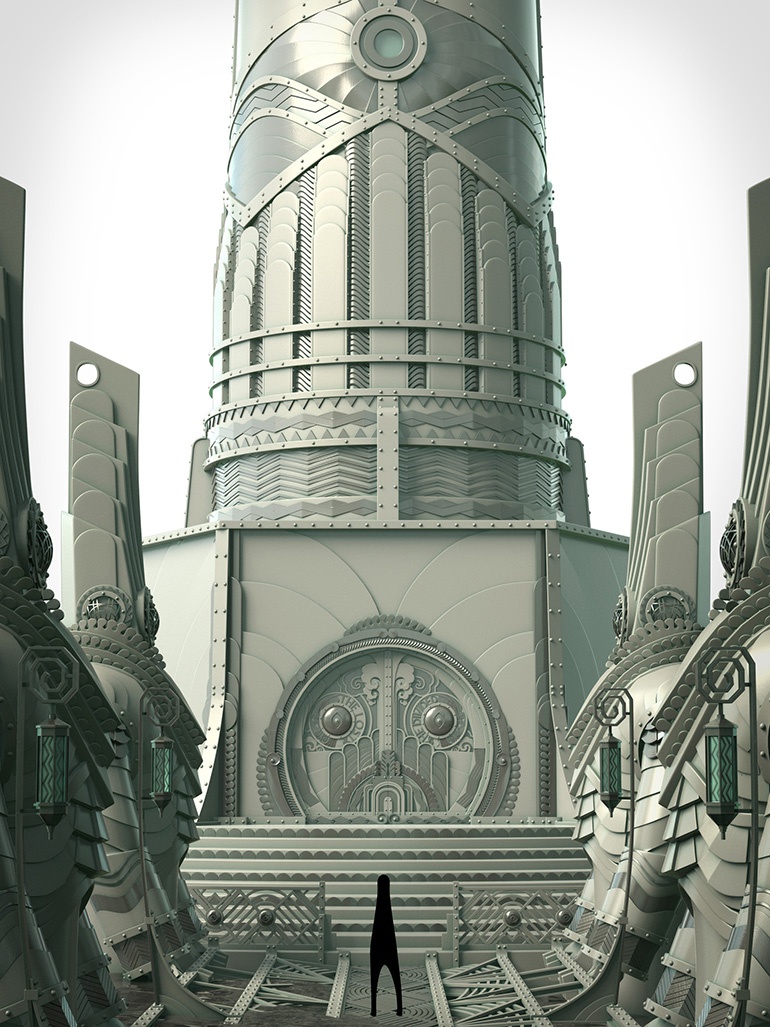 An in-progress environment of my upcoming short movie

EK: I feel like there are many grounds and styles I want to explore, and in which I can contribute. From indie videogames, to short movies, to branding or clay modeling. I quite like the idea of being a versatile artist, and be able to fetch different inspirations across various disciplines. Working in architecture has helped me making more coherent environments for videogames for instance. But working in videogames allowed me to find more creative ways to use architecture. What I do want is to be inspired by the best, in every applied art, and from that, trying to find a way to merge all those inspirations together into something different. 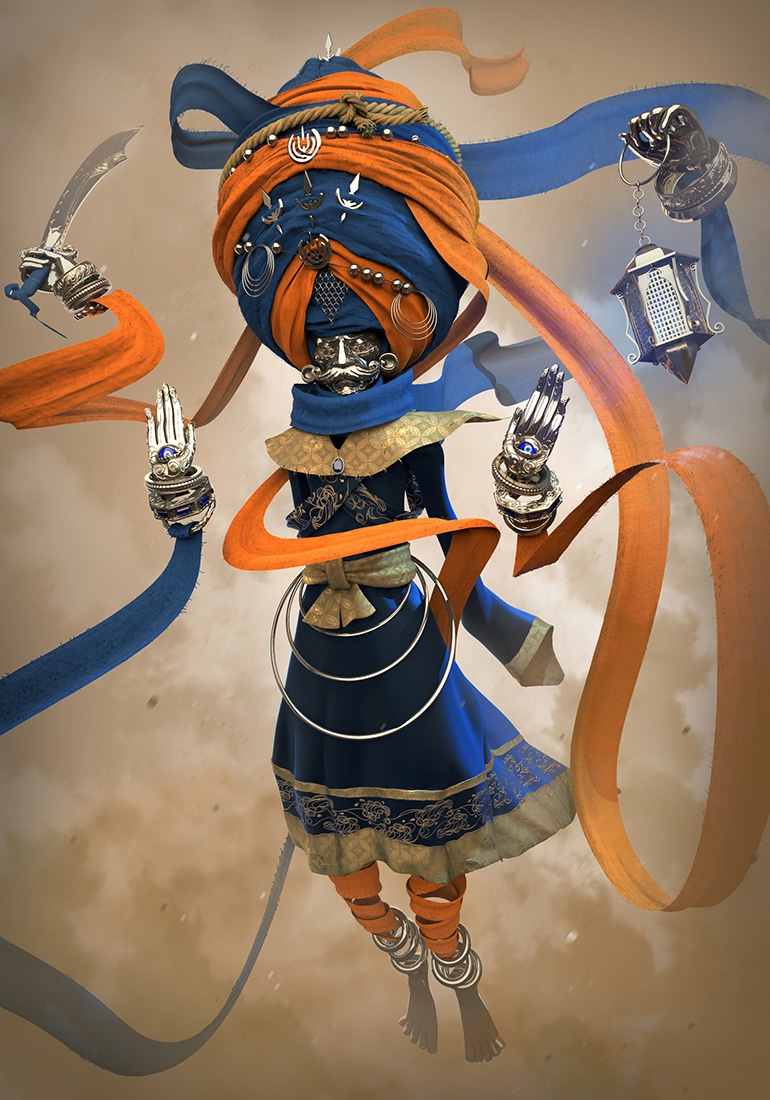 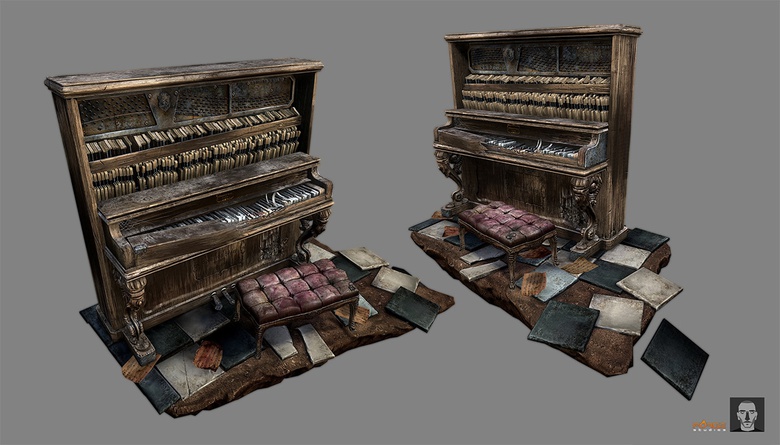 A real time prop I have made as a practice

3dt: Who are your favorite artists, traditional or digital, and can you explain why?

EK: I have so many. I will just drop some in the most random manner. To make a point that all art is inter-connected and transcend ages and genres. From the style of Leyendecker and the compositions of Hans P. Bacher, to the character designs of Janice Chu and Georgi Simeonov. The nostalgia imbued in the visuals of Marek Denko and the surrealism of the environments of Toni Bratincevic. The amazing photography and dedication of Alex Roman. The beautiful photographs of Romain Meffre & Yves Marchand. The loose concepts of Yoji Shinkawa and the beautiful paintings of Sergey Kolesov. A lot of people are bringing beauty to this world, and this is already unfair of me to only cite these few. 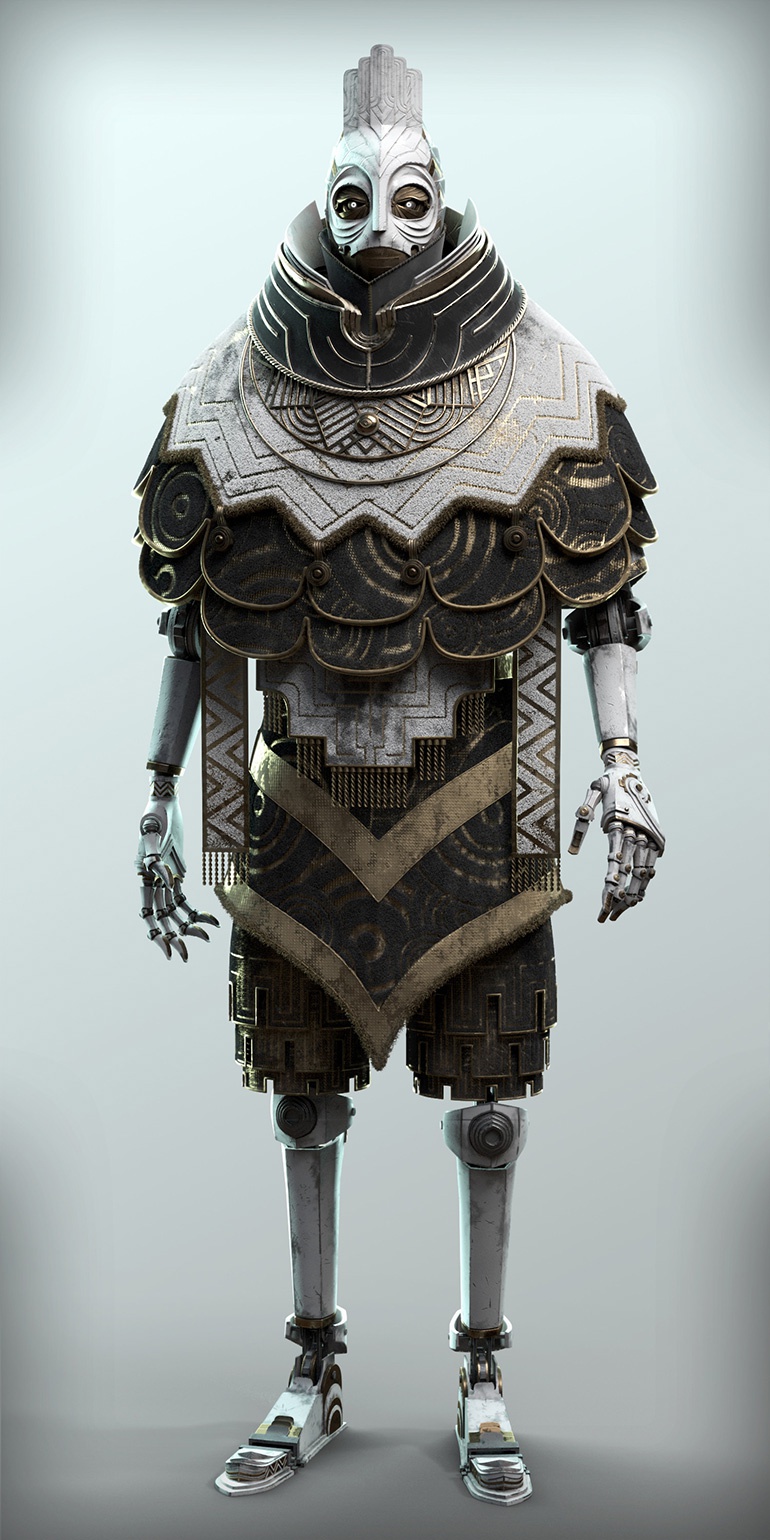 The main character from my upcoming short movie

3dt: What can we expect to see from you next?

EK: There will be some interesting professional pieces for sure. Between the modeling I am doing at Framestore right now and the freelance gigs. But the big challenge, the really important thing that I want to put out there, is that short movie. For now, it's just a peacock looking robot and a few tasteless moodboards. But hopefully, that would turn into a visually appealing story.