Multi-talented designer Mike Winkelmann has finished an image a day for over 3000 days, with no sign of stopping! We chat to him about his creative workflow and various projects

Mike Winkelmann is a graphic designer from Appleton, Wisconsin, USA. His short films have screened at onedotzero, Prix Ars Electronica, the Sydney Biennale, Ann Arbor Film Festival and many others. He has also released a series of Creative Commons live visuals that have been used by electronic acts such as deadmau5, Skrillex, Avicii, Zedd, Taio Cruz, Tiësto, Amon Tobin, Wolfgang Gartner, Flying Lotus and many others. He currently releases work on Flying Lotus' Brainfeeder imprint.

3dtotal: Hello, Mike! Please could you tell us a little about yourself: who you are, where you are, and what you do?
Mike Winkelmann: I'm a graphic designer living in Neenah, WI. I work as a freelance motion designer, primarily working with clients to create concert visuals. Before venturing out as a freelance artist I worked for a small company near my home as a graphic designer. Aside from commissioned work I am also interested in creating short films, VJ clips, and my daily ‘everyday' project has kept me busy for over eight years. 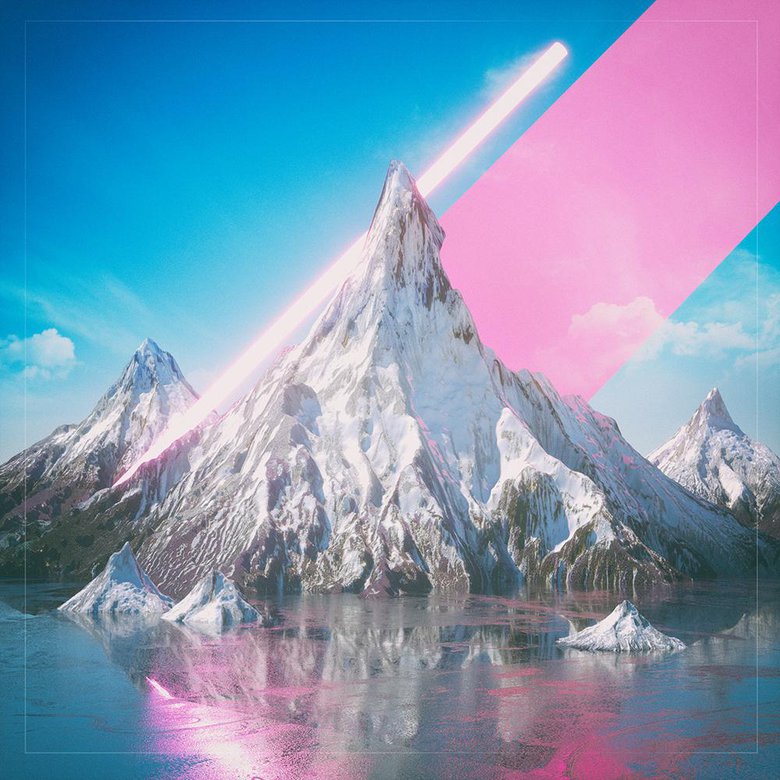 CHILI CHEESE DOG, Here, Mike was playing around with a CINEMA 4D plug-in called DEM earth and some lasers

3dt: Could you tell us about your creative background? How did you find your way into 3D?
MW: I've always been interested in film and design, although I have a degree in Computer Science from Purdue University. Out of college I took a job as a graphic designer at a small company near my home. I worked there for 10 years. Having a 9-5 job allowed me to work on personal projects in my spare time. I started my everyday project which led to me a number of freelance opportunities. I started making short VJ clips that evolved into concert visuals. My everydays and personal projects challenged me to improve and gain skills working in CINEMA 4D. 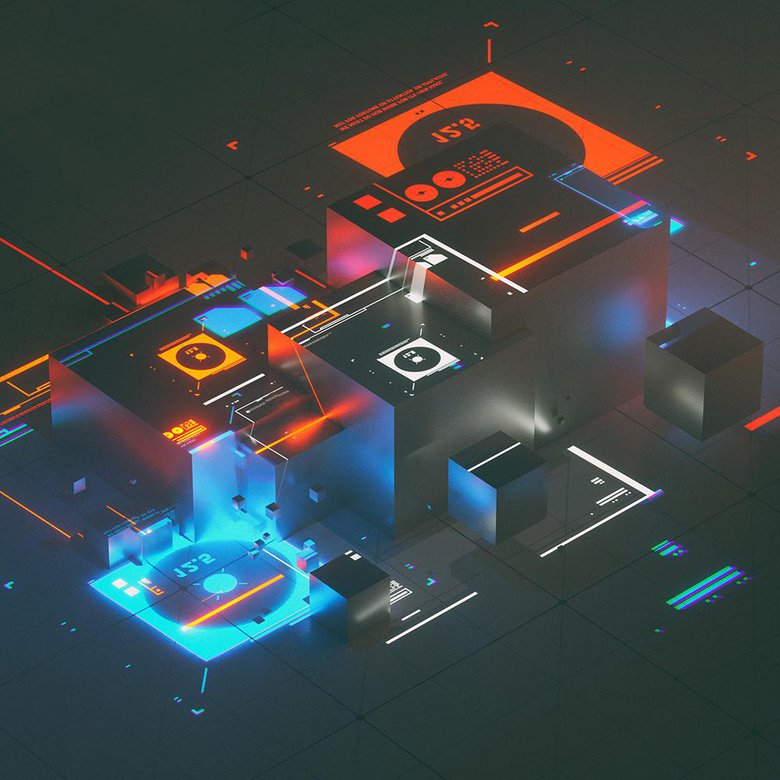 GOBWONG, Trying out a ‘gobo' technique where you project an image using lights 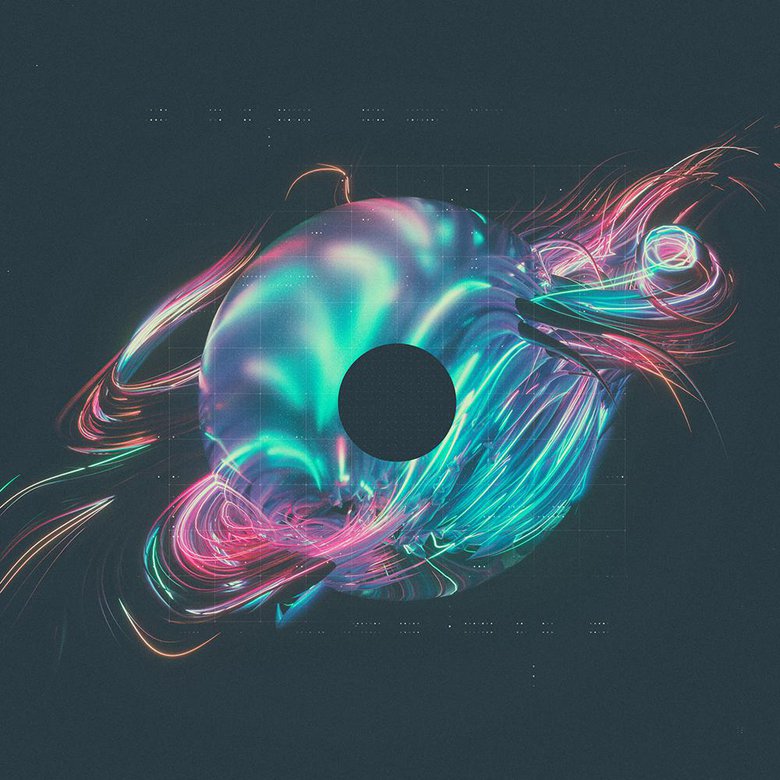 BREATH CONTROL, This image used a plug-in called x-particles for CINEMA 4D to make a bunch of glowy strands going through a frosted sphere

3dt: What software and tools do you use for your artwork, and why?
MW: I work primarily in CINEMA 4D, After Effects, and Photoshop. CINEMA 4D seemed like a good fit for me in terms of 3D software. I've used it as a focus for a number of my everyday rounds. 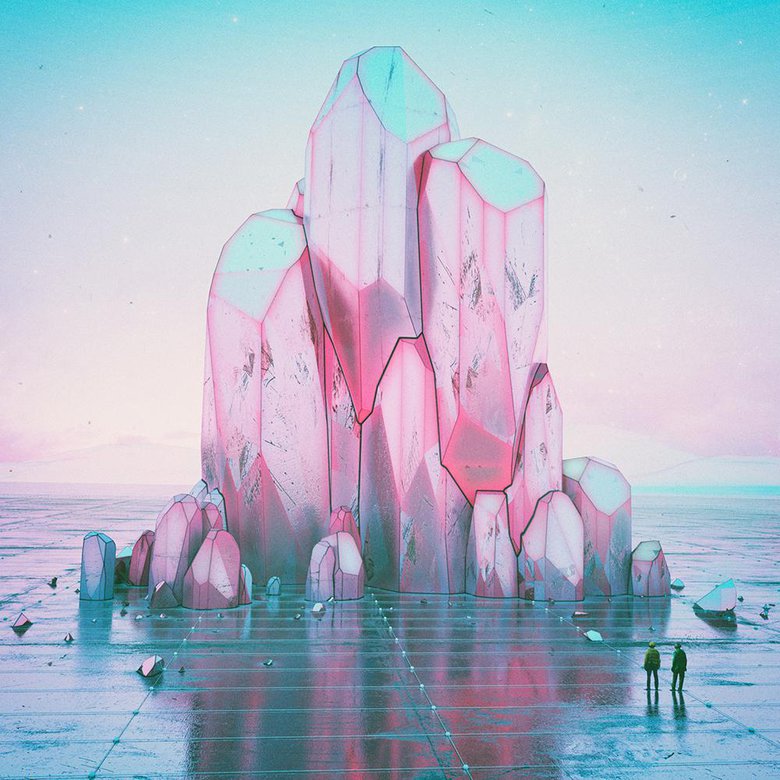 TINCT FORMATION DISCOVERY, The large shard formation in this scene was modeled with ZBrush

3dt: Could you describe your general 3D workflow for us?
MW: I usually start out with a general idea for a look for the day. I start my work in CINEMA 4D and really just jump in and start creating. Each day is different. Sometimes I am able to get a few hours of work done in a stretch and other times I have to work on it slowly throughout the day. Once I'm happy with my work (which isn't often) or I run out of time (which is usually the case), I render it out in Octane Render and do postwork in Photoshop. Then I do it all over again the next day. 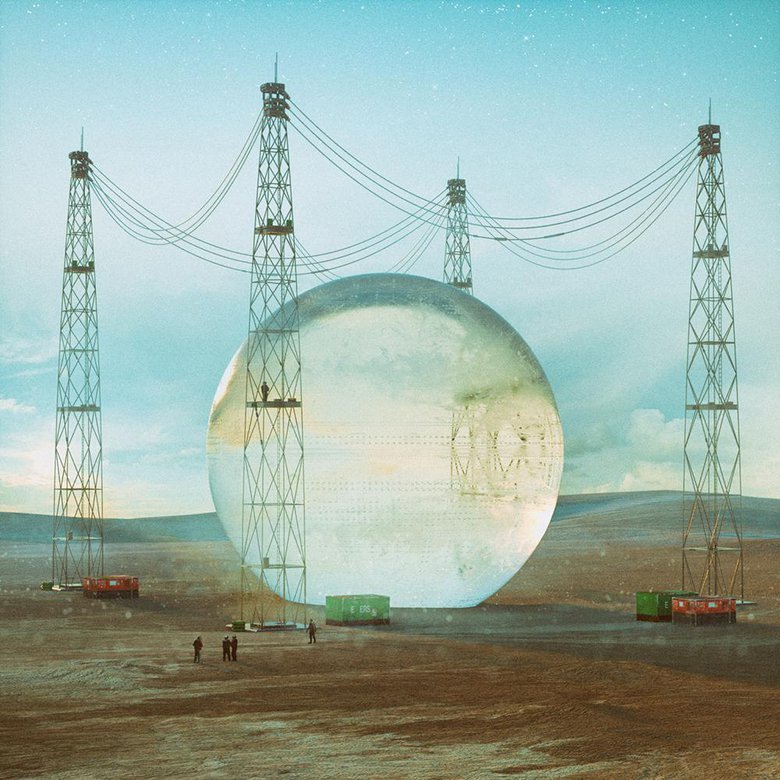 3dt: Tell us about your everyday project. When and why did you start it, and how has it changed your work?
MW: I started my everydays in May 2007. At the time I just wanted to work on drawing. I saw Tom Judd do a drawing a day and the progress he had made and thought I'd give it a try. It was a real challenge at first, and of course continues to be. I needed to make time every day no matter what. It didn't take long for me to see the impact the everydays were having on my work. I was learning a lot and applying what I learned each day. It stopped being a matter of if I could get it done, but when could I make time to get it done.

I do feel a little overwhelmed at times knowing I have so much more to learn about so many different kinds of software. But I try not to let it get to me. There's always another day. I'm getting incrementally better and that's the whole point. As an artist, you need to be okay putting stuff out and realizing that it may not be your absolute best work, but you'll have another chance to do better.

BOXXX-3W, Just a simple sci-fi box that can float over people

3dt: You're interested in a lot of media: video, audio, graphic design, 3D... Is it difficult to prioritize what to do or learn next?
MW: I have a pretty solid workflow that allows me to do a little of everything. My everydays start with a focus/goal each year. I always have a personal video that I'm working on in my spare time which gives me a chance to play with video and audio. It can be hard at times because I like being a part of the entire project. That just means I tend to have long days. I just recently left my job as a graphic designer to work as a freelance artist and that has freed up some time for me to explore more of the things I'd like to learn more about. 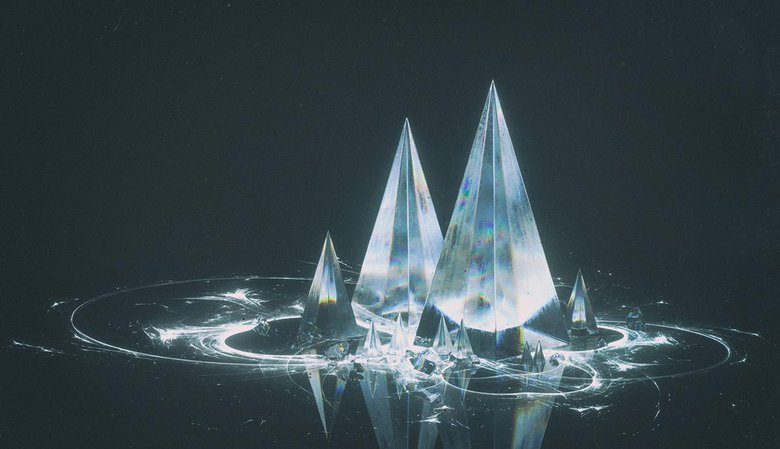 B-CRYS, Some fractals and crystals!

3dt: You release a lot of Creative Commons videos and resources for other artists to use. What has the response been like, and what cool projects have your visuals ended up in?
MW: I love hearing how and where people are using my stuff. There are so many cool projects people have sent me links to over the years. The coolest experience was probably when I was in Hong Kong with my wife, brother, and his wife. We just happened to go to a night club, which we never do, and while waiting to get in the club we noticed my visuals playing on the outside of the club as well as on screens once we got in. What made it so cool was that we weren't expecting it. What are the chances I'd see my stuff being used that far from home? 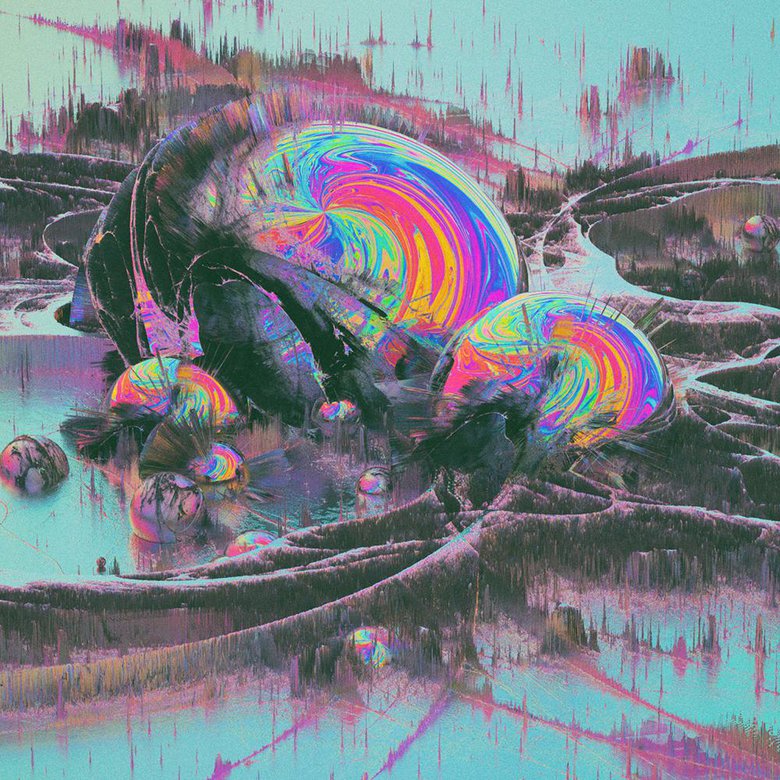 GHOST JACKED, An image with some fractals as a displacement map with some spheres thrown in

3dt: What is one key piece of advice that you'd pass on to other artists?
MW: Start an everyday project and put your work out there. Be patient and stick with it.

3dt: Finally, and most importantly: what do you like to do in your spare time?
MW: Haha! Spare time!? I spend most of my time at a computer, so when I get free time I like to spend it outside with my family. My daughter keeps my wife and I pretty busy, she's a little sponge so just doing simple things like taking walks or going swimming are pretty entertaining. I enjoy running when the weather is nice, which in Wisconsin is pretty hit or miss, and I really enjoy a good nap. 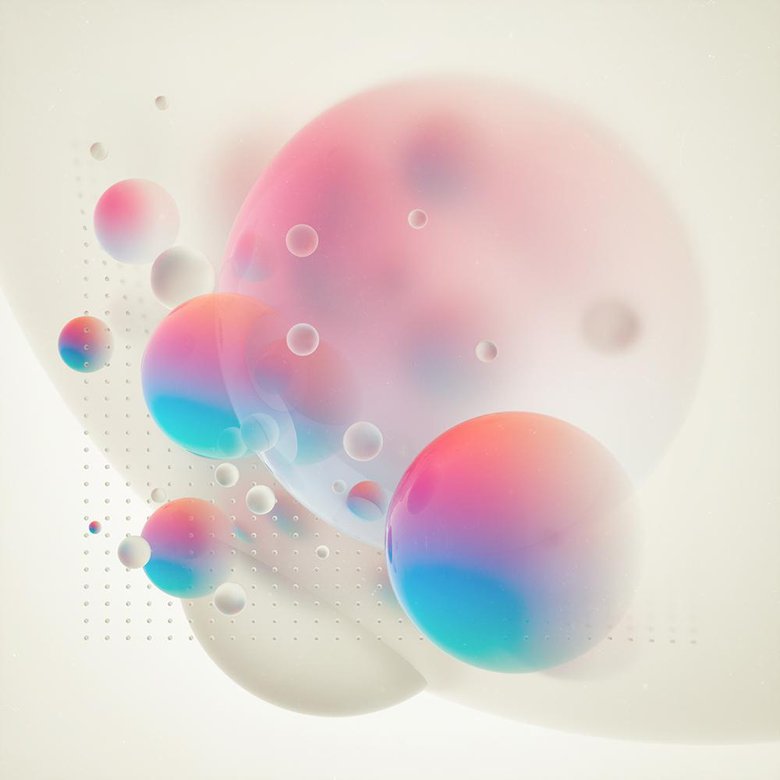 BUTT SMOOTH, For this image, Mike wanted to make something peaceful and smooth