With over 11 years in the games industry and a portfolio full of amusing designs, Eric Spitler knows a thing or two about creating incredible characters. He shares some of his insights with us.

With over 11 years in the games industry and a portfolio full of amusing designs, Eric Spitler knows a thing or two about creating incredible characters. He shares some of his insights with us. 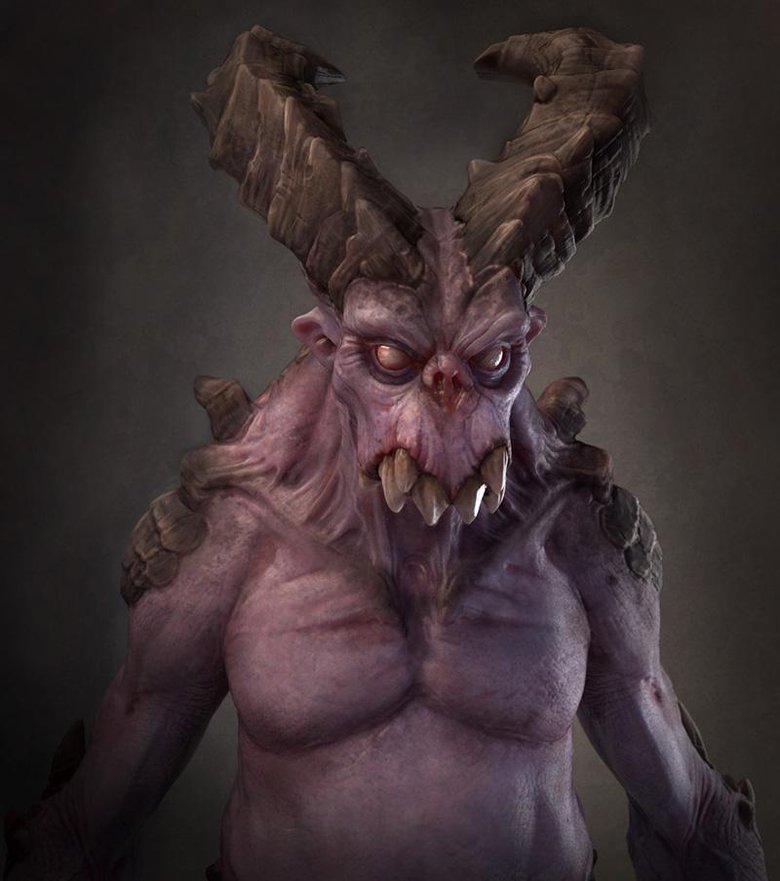 Eric began his 3D career over 11 years ago as a modeler on /Quake II/ by id Software and seeing his creations come to life in a game made Eric determined to make it in the industry. Inspired, he became involved in mod groups and online communities, and eventually one of the works he posted online landed him a job at a startup game studio in Austin TX. He went on to work at NCSOFT, Vigil Games, and now Crytek USA and contributed art to the games Tabula Rasa, Darksiders I and Darksiders II, as well as Ryse: Son of Rome.

When he's not working on art for games;he's playing games for research. Although this is great for professional development, it means he spends rather too much time in front of a computer! To remedy this, Eric makes sure he get away from the desk, jogging, skateboarding or going downtown and check out some live music.

3dtotal: How did you come to specialize in character art?

Eric Spitler: I actually started out my career as an environment artist, but I always had my heart set on being a character artist.I spent a lot of my spare time working on characters to build up a portfolio and I entered a lot of character art contests on the internet.

Contests were a great way to stay motivated, get feedback, and have a deadline to meet.I was always trying to create a balanced portfolio with characters I thought employers would want to see, and also some unusual characters just for fun.Often times those unusual characters were what stood out and helped me to get noticed.It was a goofy pirate character with a wheel instead of a peg leg that helped me get my first job.They said they were tired of seeing portfolios filled with space marines, and were glad to see something different. 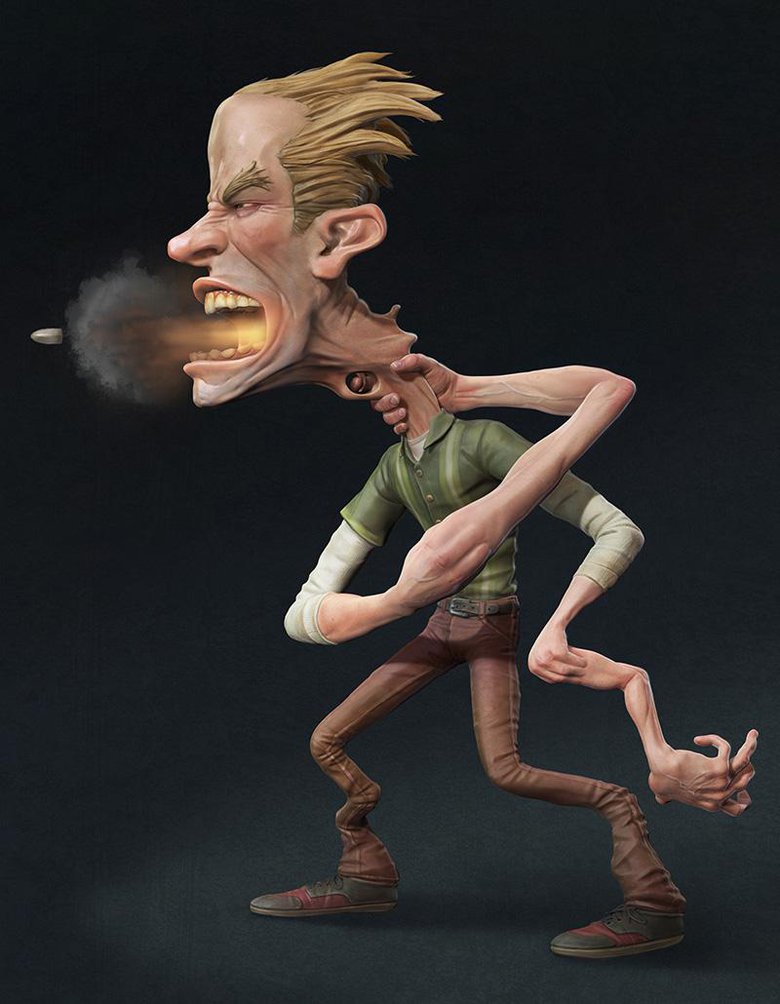 A ZBrush sculpt and PolyPaint based on work from my sketchbook 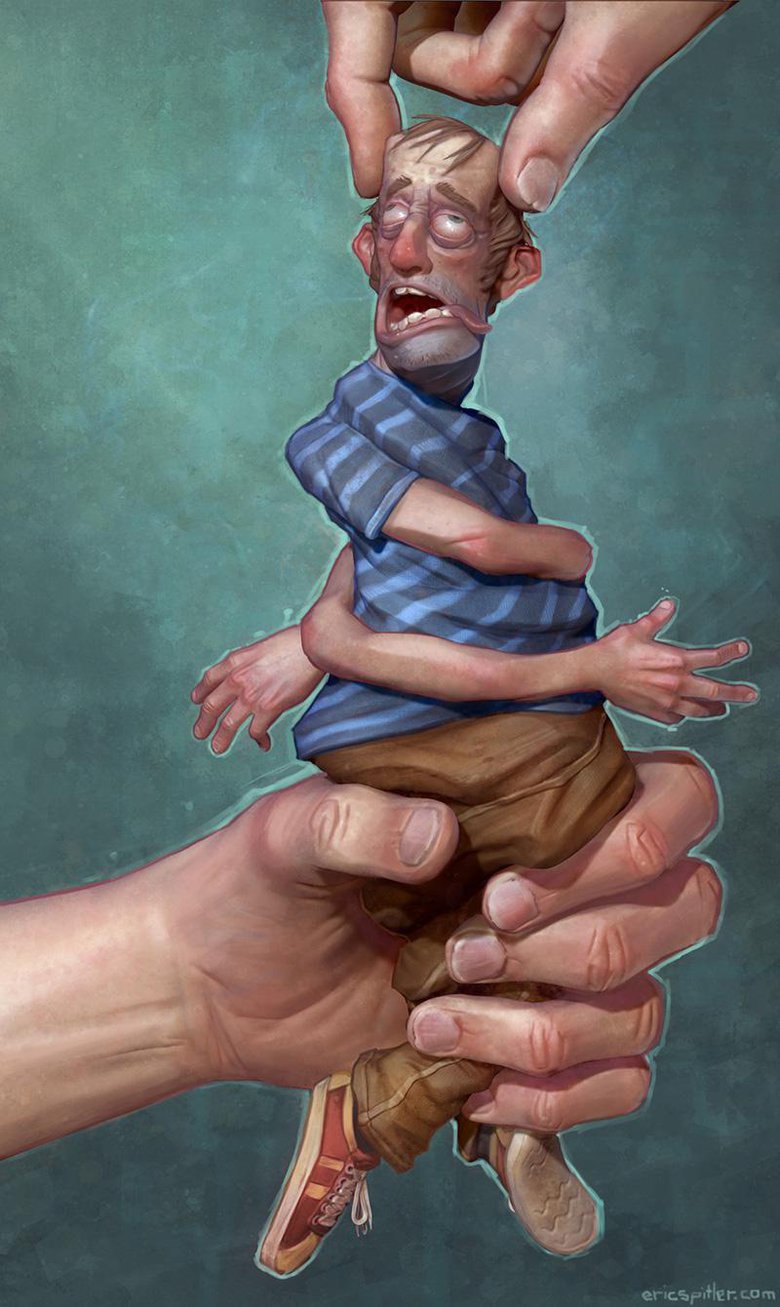 3dt: Where do you look for inspiration when creating characters?

ES: A lot of the time I'm just trying to create something that will make someone laugh, or gross them out a little bit.Maybe both at the same time if I'm lucky.When I'm working on a creature, it's always great to look at nature to find inspiration, watching a David Attenborough nature documentariesalways reminds me how strange and amazing nature can be.

I often find myself looking to 2D artists for inspiration.It's amazing how many 2D artists there are with their own unique visual style, but it's rare to see a 3D artist with their own recognizable style.I hope to someday have a unique style that people can recognize as my own. 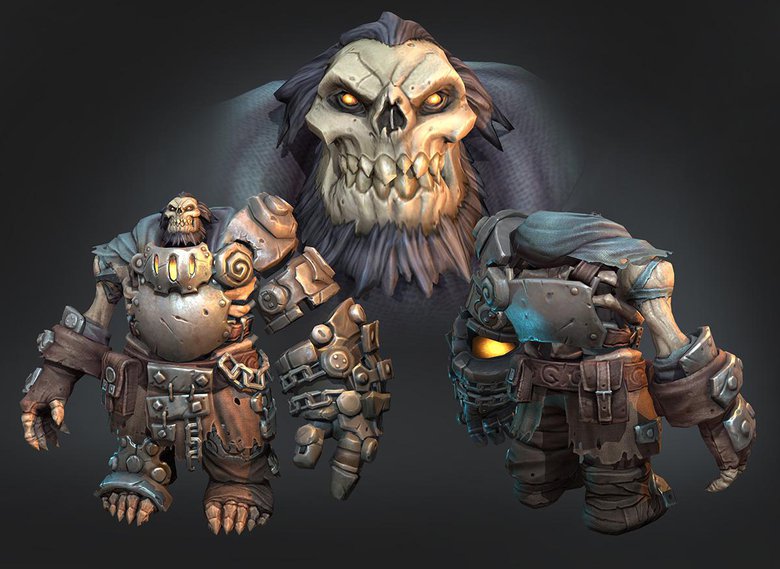 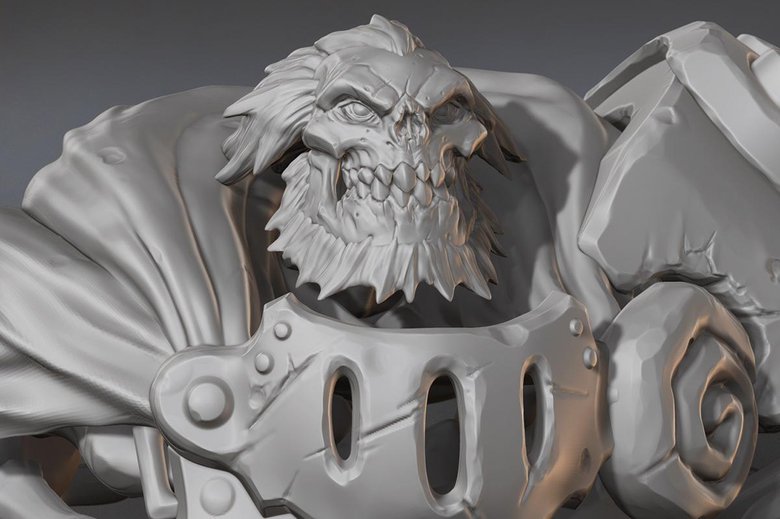 A close up of the Mad Smith's ZBrush sculpt © Nordic Games

ES: I guess a little bit of both.I do enjoy working on art that is goofy and light-hearted, though it's often a little twisted.But if I was working on cartoony art at work, I'd probably do really dark, detailed work at home.Generally I like to do different art at home than I do at work.It's always a good thing to have some variety in your portfolio.I also like to research new techniques and programs at home.I often look at what kind of new techniques are being used in film since those techniques will soon find their way into video games. 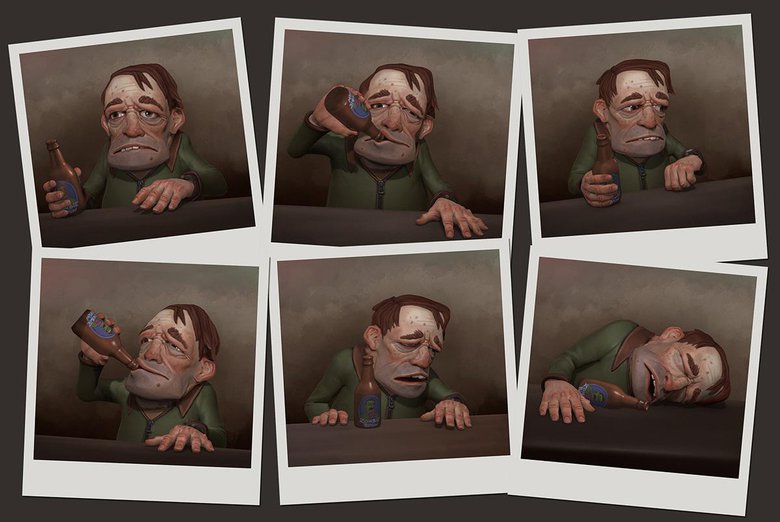 ZBrush sculpt and PolyPaint of a guy getting drunk. Each pose was sculpted on a different layer in ZBrush 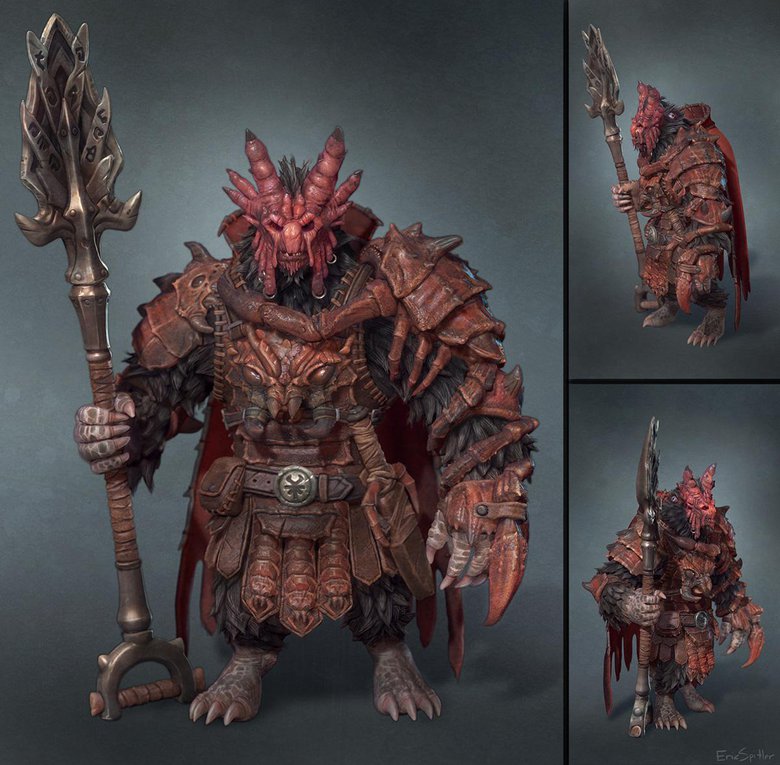 3dt: We are big fans of your cartoon-like PolyPainting – any tips for how to achieve this effect?

ES: When I'm PolyPainting a face I'll often use the skin4 material, and I'll start blocking in the base colors with the standard brush set to "rgb”.I really like to emphasize the colors in the face, such as the red in the nose and cheeks, the yellow on the forehead, and cooler tones on the jaw.Something I learned about at Vigil Games was to paint a lot of gradients into my textures.Don't just paint something red, have it start red, and then blend in some orange or purple as you move across the object.

ZBrush doesn't have a traditional specular map, so I've created different versions of the skin4 material with different specular intensities.I'll change my brush to "m” so I can paint a high specular version of my material on the lips for instance.You will want to turn up the "materials blend radius” under the render properties to blend the border between the two materials.

No one's skin is perfect, so I like to add some splotches using the "spray” stroke, with alpha 07 or 08.I also like to use Zapplink to send a screen cap of my model to Photoshop to projection paint using some spatter brushes I have in Photoshop. 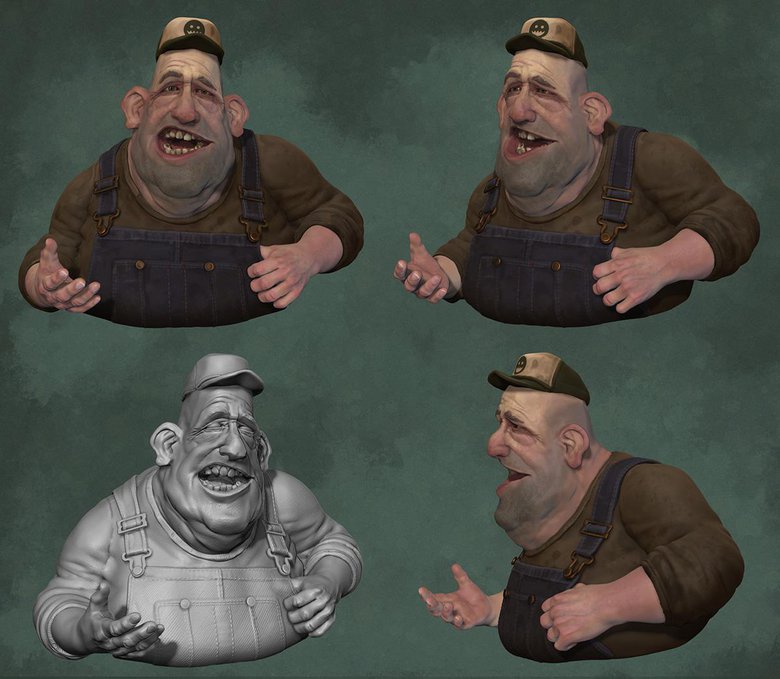 A ZBrush sculpt based on a sketchbook drawing. It was one of the first models I did using DynaMesh 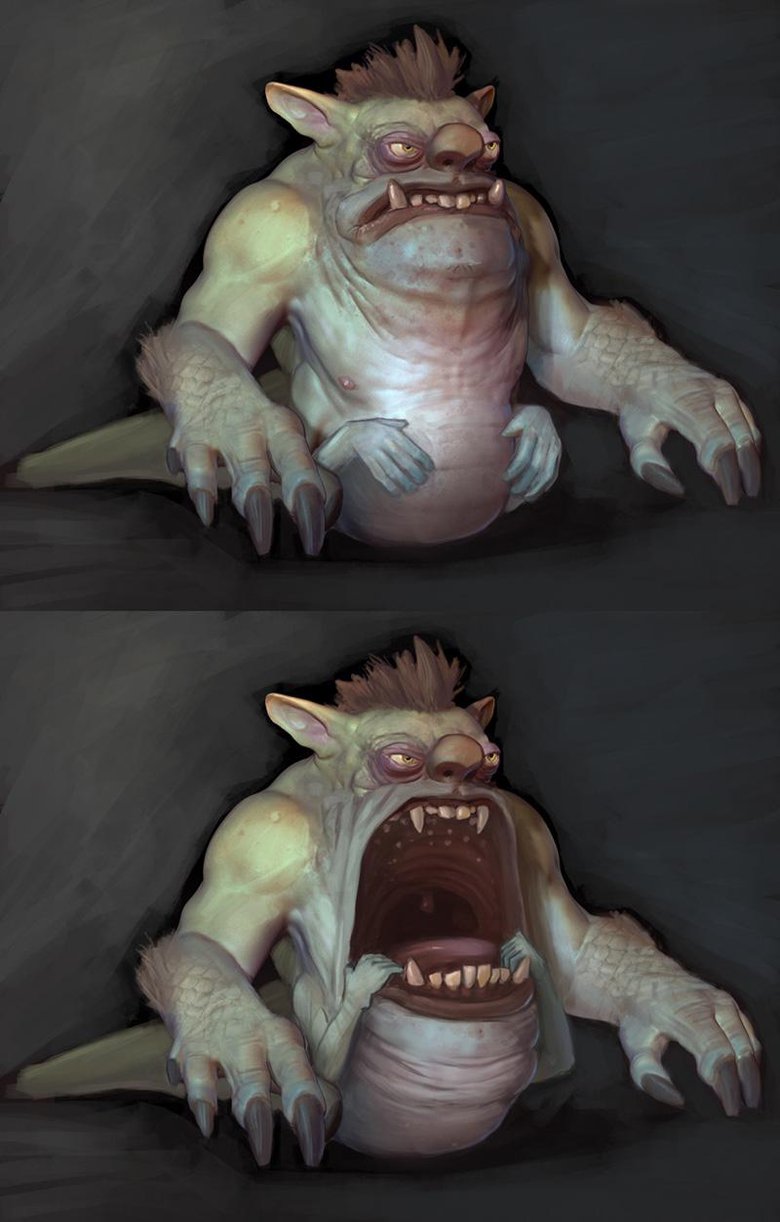 A monster sculpted in ZBrush that uses a second set of arms to unhinge his jaw like a snake. This is a work in progress with paint-over work in Photoshop to try and figure out how the mouth would open

3dt: Your ZBrush characters are incredibly accurate replicas of your2D concept drawings. How do you go about perfectly replicating sketches in 3D?

ES: If you have a good2D concept with multiple views, you can import the concept into your 3D program and trace over it, but that's rarely the case when I'm working from one of my drawings.I'll usually have my concept on my secondary monitor and glance at it as I'm working.I'll also use the See-through slider in the upper right hand corner of ZBrush to fade out ZBrush and line up my concept underneath to do quick checks to make sure I'm on the right track.

Other techniques such as defocusing your eyes, or looking at a mirror image of your concept and model can also help you find problems.When I'm working from a concept that only has one view, I'll sometimes find that my model matches the concept in that same view, but when I rotate the model, the other views just don't look right.Taking a screenshot of the model in an unflattering view and doing a paintover in Photoshop can help you figure out how to fix it. Paintovers are a quick way to experiment with major changes to a model. 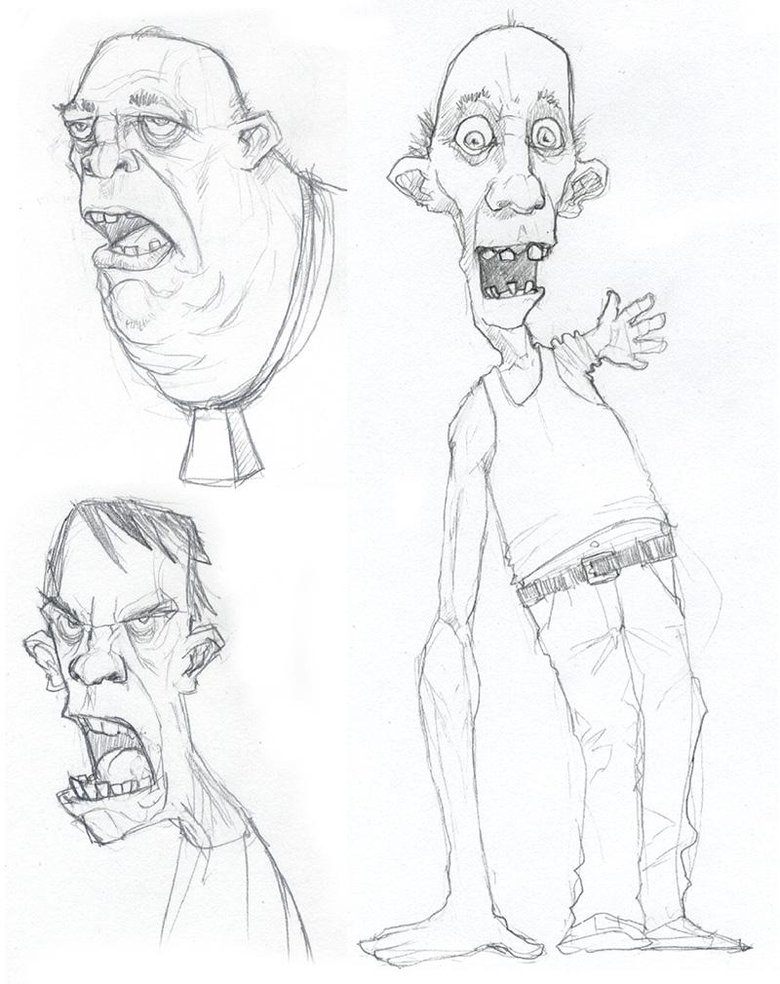 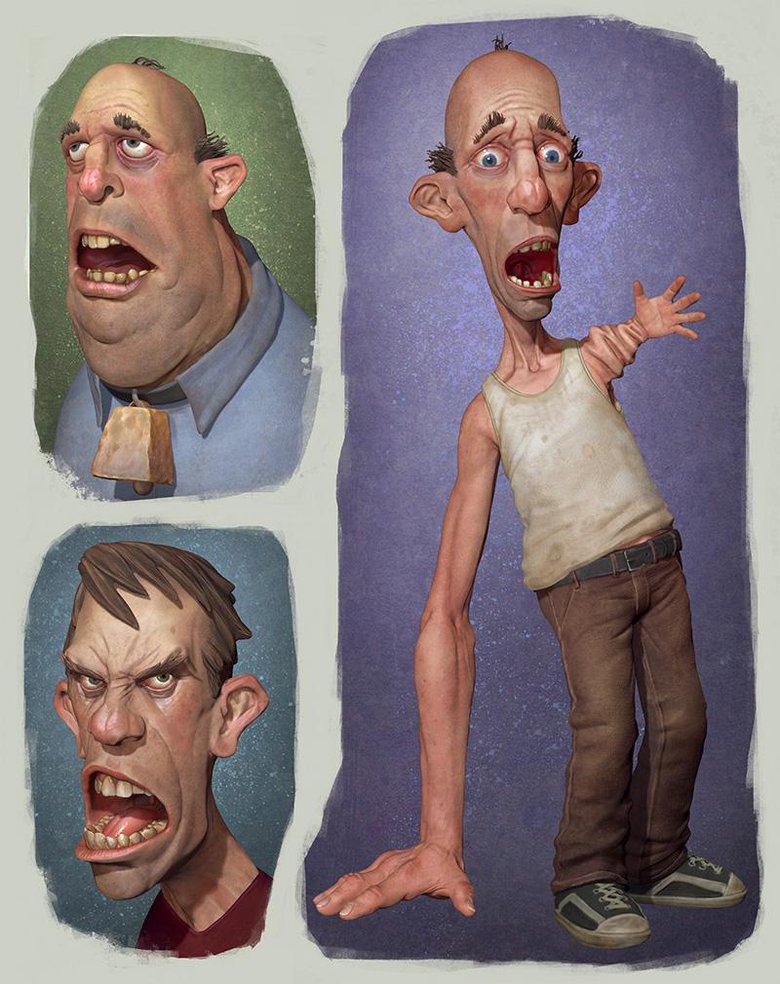 ZBrush sculpts and PolyPaints of characters developed in my sketchbook

3dt: Do you have any formal CG training or were you self-taught?

ES: I don't have that much formal training.I studied art in college, but most of it was traditional art with some 2D computer art and animation.After college I started to learn 3D art using books, magazines, and online communities and tutorials.

I also got a few Gnomon DVDs, and recently I've been taking Scott Eaton's anatomy classes online.Studying anatomy is something I wish I focused on earlier in my career.

CG art is changing so fast that it's hard to keep up with all the new techniques, the people you work with will be one of your best resources to help you learn more. 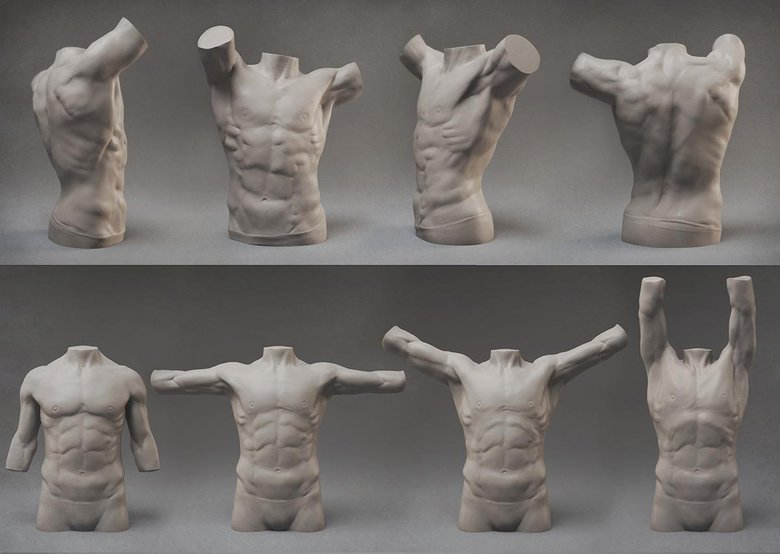 Various torso sculpts in different poses to learn about how the bones and muscles move. This was done for Scott Eaton's Digital Figure Sculpture Online Class 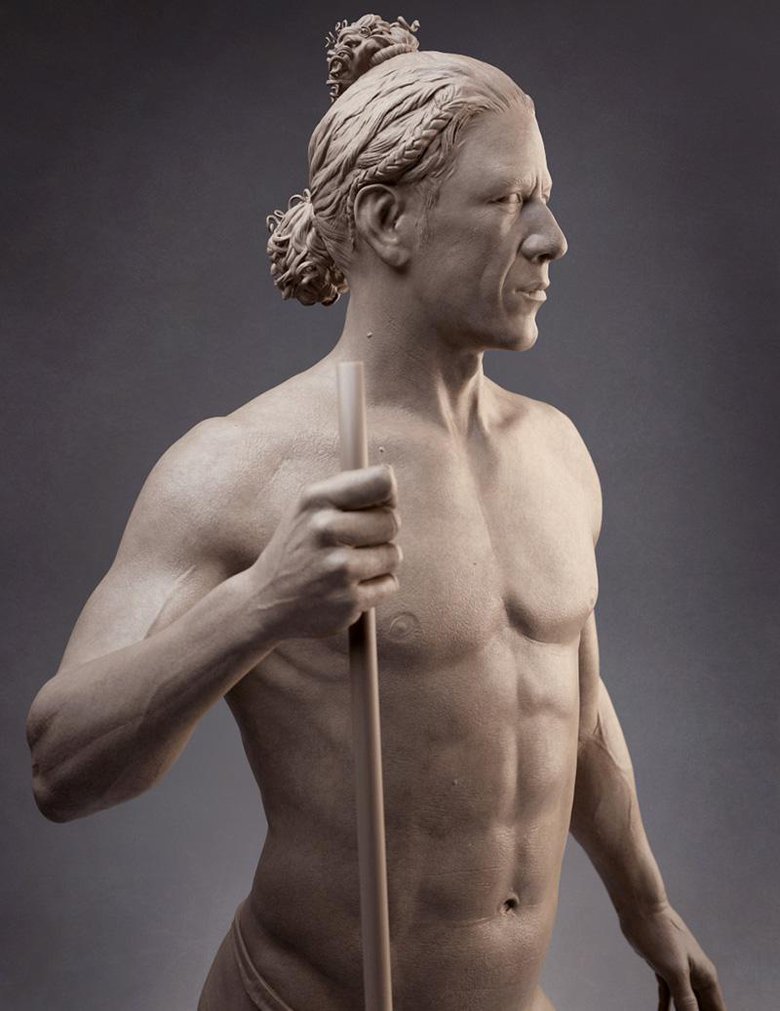 A close up of a finished figure. This was done for Scott Eaton's Digital Figure Sculpture Online Class

3dt: What advice would you give to students aiming to become professional character designers?

ES: In my line of work, your portfolio is your key to getting a job.It doesn't matter if you have a fancy degree or not, just the quality of your work.Try to focus on the type of art you'd like to work on, but keep in mindwhat kind of work employers might be looking for.

As you're building up a portfolio, start out on small projectsand work your way up to more complicated ones.If you want to work in games, try starting out working on lowpoly characters with hand painted textures before you jump into the process of creating a highpoly and lowpoly character with normal maps.

Set up a simple online portfolio and ask people for feedback on your work.Don't just ask your friends, ask other artists online that you don't personally know as they'll be more honest.Try not to take criticism personally,learn from it instead.You'll need to deal with criticism at work too.

As a character artist you should definitely study human and animal anatomy.Don't sit around waiting for inspiration to strike, get out a sketchbook and start scribbling or draw whatever is in front of you.Don't get discouraged if your work isn'tlooking as good as you had hoped.Everyone had to start out somewhere, and you'll only get better. 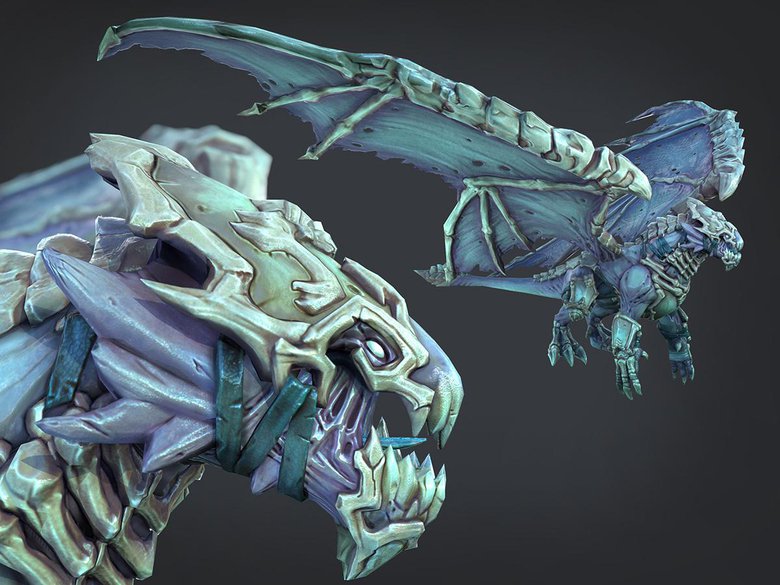 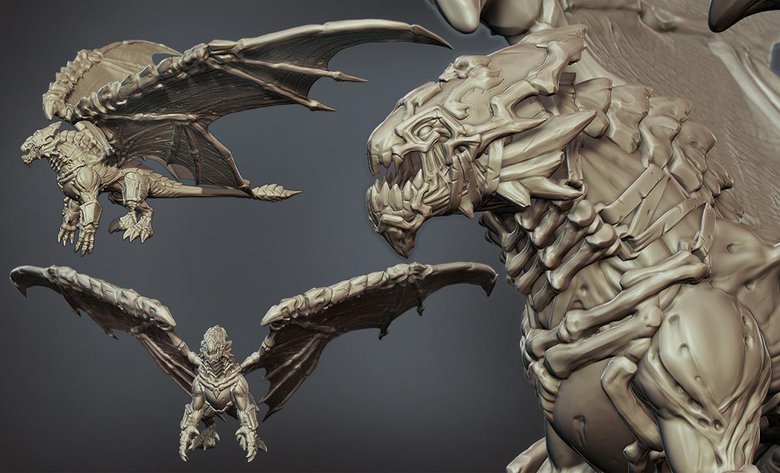 3dt: Time for a tough one: who you think would win in a fight, Yoda or Dr Who?

ES: Ha Ha!If it's a straight up physical fight, I've got to go with Yoda since he's got the force.But I guess the Dr could just go back in time and beat up Yoda before he learns to use the force.An even tougher question would be why the heck would they ever fight? I'm sure they'd get along great. 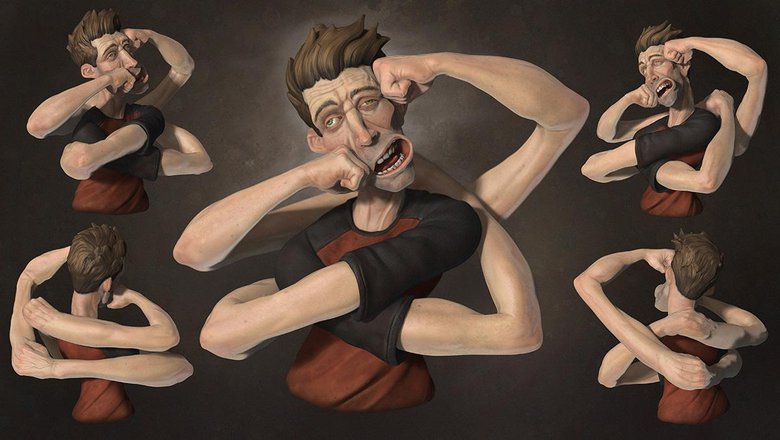 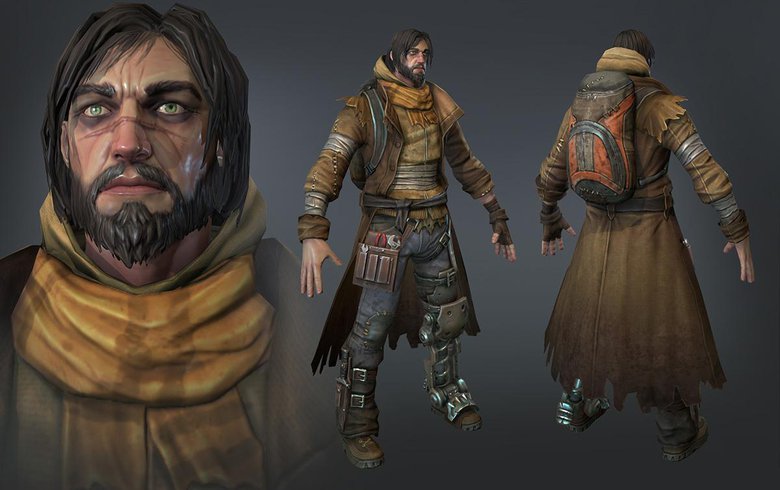 The last human alive in Darksiders II. A low-poly model made in 3ds Max, textured in Photoshop, 3Dcoat, and CrazyBump
© Nordic Games