We chat to Teodoru Badiu about his instantly recognizable creations, his 3D process, and his abiding love for toys and cartoons...

We chat to Teodoru Badiu about his instantly recognizable creations, his 3D process, and his abiding love for toys and cartoons... 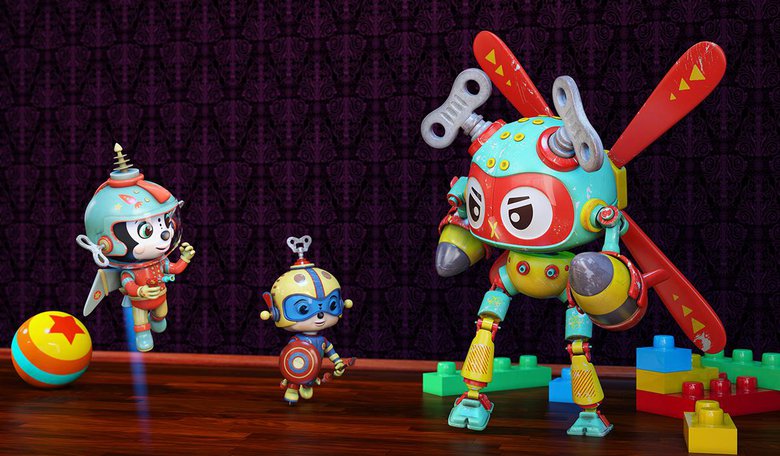 Teodoru Badiu is an illustrator, character designer, and 3D artist currently based in Vienna, Austria. To bring his ideas and visions to life, he works with different kinds of media including 3D, photography, vector, traditional drawing, collage, or mixed media. His cartoon characters are based on drawings or sketches that are converted into 3D artworks. He loves to give his characters a unique style, with a colorful and bright palette but a slightly dark or mean personality twist. But even if his cheerful, bizarre characters in their fantastic environment seem to be a little menacing at times, they are all friendly in the end...

3dtotal: How did you get into the world of 3D?
Teodoru Badiu: It all started in 1995 when I went to the People's Art School in Vienna. My life as an illustrator and character designer started with surreal photo-manipulation work that I created using Photoshop and images that I shot using my digital cameras. My website Apocryph.net and the work displayed there was the actual beginning, around the end of the 1990s.

Later, in 2005, I started using CINEMA 4D during my time at the SAE College and that changed everything. After the setup of Theodoru.com in 2005, it took one or two years until I was ready and able to translate my imaginary worlds and characters to 3D. But I did succeed and have created 3D-based illustrations since then. 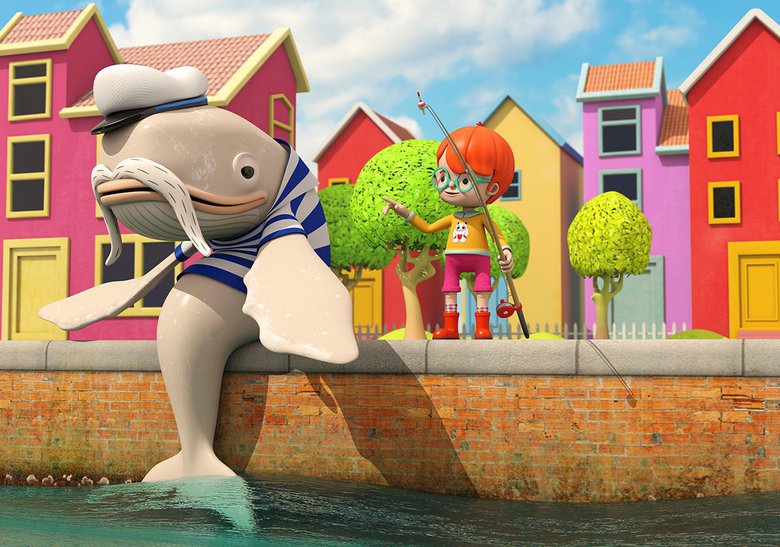 A 3D illustration based on the theme of kids and their imaginary friends. Created with MODO

3dt: Who or what are your biggest inspirations?
TB: One main source of inspiration is my big collection of vintage rubber toys that is still growing with each visit that I make to the flea markets in Vienna and the cities that I visit. Another big source of influence on my work are the classic cartoons, from Disney, Max Fleischer, Ub Iwerks, Grim Natwick and Hanna-Barbera. I also love the work of Ron English, Gottfried Helnwein and many other contemporary artists. But anything else could be a trigger for an idea for a new character. It could be music, a movie, books, games, magazines, or daily life. 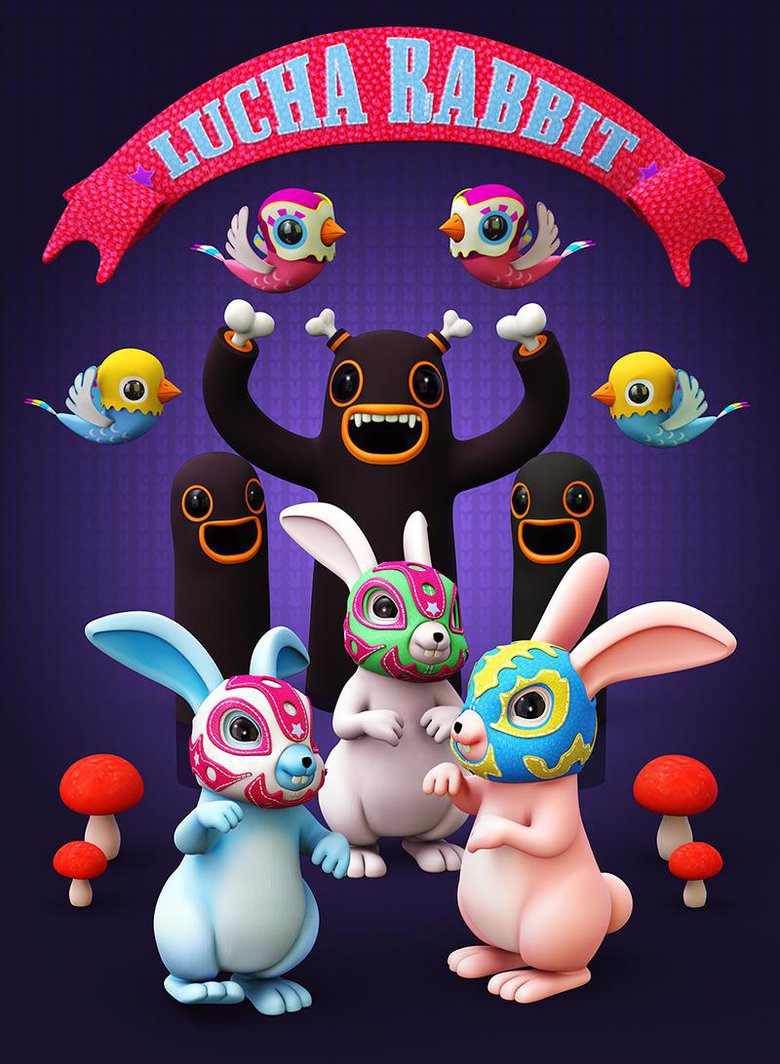 An illustration based on my Teodoru's Lucha Rabbits characters. Modeled, textured and rendered with MODO

3dt: Could you tell us more about the colorful characters and settings that you create? What do you aim to achieve with your work?
TB: My main motivation is simply my love for creating worlds and characters that don't necessary exist in real life. I love to see how something that I imagine and that exists only in my mind comes to life and suddenly starts to exist through my work. It's simply a lot of fun to get rid of all rational conventions and to decide myself what can be real or not. It may be surreal for someone else and some people will simply say that something like that can't exist but for me it becomes real in the moment when I create it. One other important goal for me is to work towards creating and developing my own cartoon show based on the characters and worlds that I create. 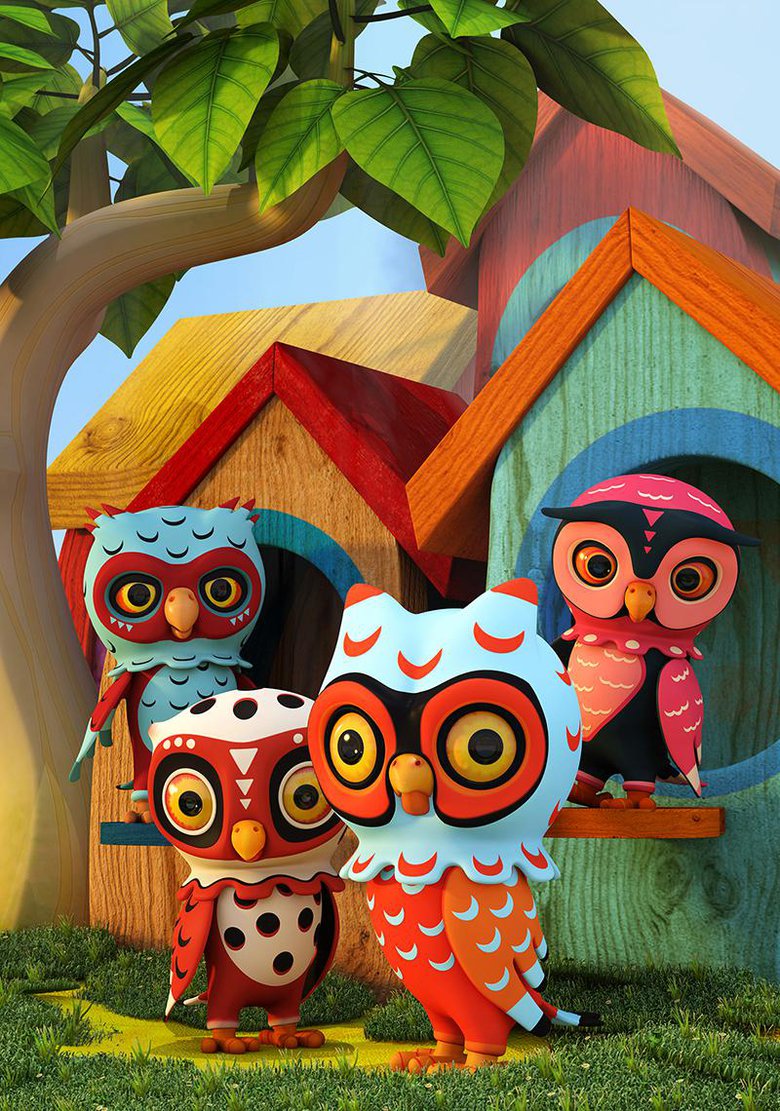 The image is based on some character drawings and was modeled, textured and rendered with MODO. Meet Owlivia, Hootgar, Owly and Hootley!

3dt: What software and tools do you use for your artwork? Any useful tips, plug-ins or underrated programs that you'd recommend?
TB: My tools of choice at this time are MODO, Photoshop, and Illustrator. I made the switch from CINEMA 4D to MODO four years ago and I've never regretted it. I love the options that I have with that software and it fits my needs perfectly; I do recommend that everyone who works in the 3D field should try it out. The best part of MODO is that all the important plugins that added to the software's functionality over the last year were integrated into the software during different releases. I don't need to use other plugins in my daily work. 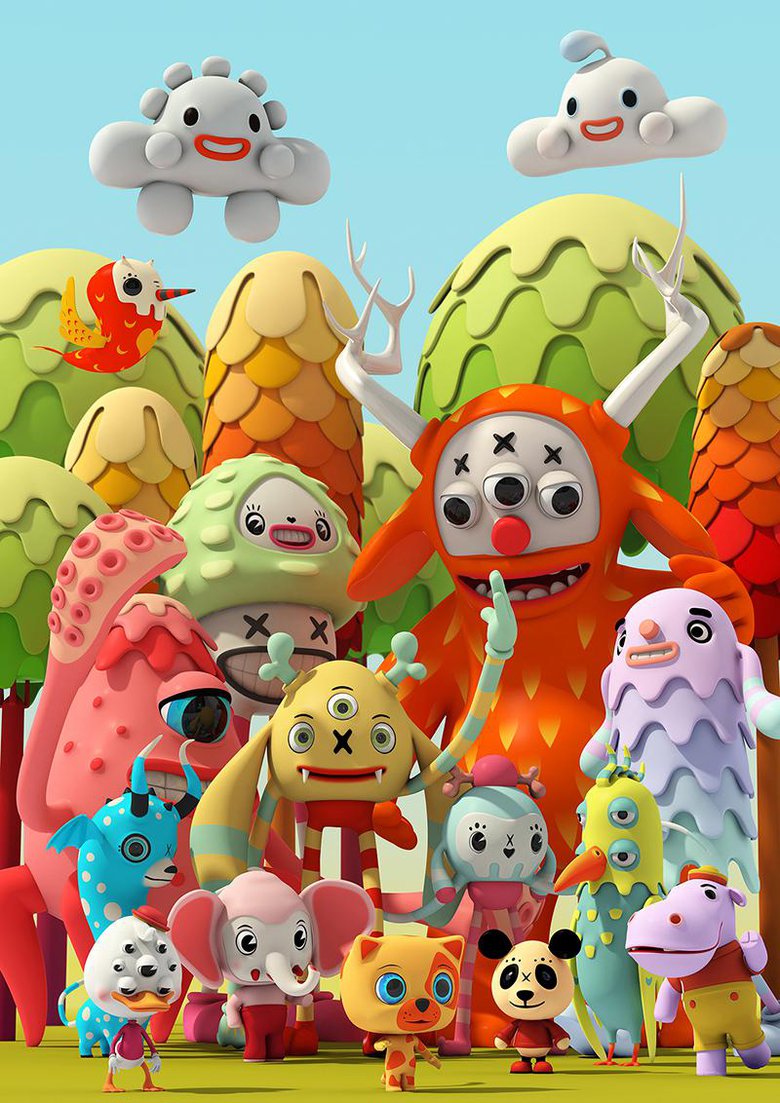 Character designs and 3D illustration based on Teodoru's character sketches. Modeled, textured and rendered with MODO

3dt: Could you describe your general 3D workflow for us?
TB: Most of the time I start with a drawing or quick Post-it sketch to catch the main idea of a character. That sketch-based idea will be taken afterwards into the 3D software to be modeled, textured, and rendered, first as standalone characters. As soon as all the characters that I need for an illustration are ready, I put them together in a pose and create props. Eventually I might create a particular setting around them that could also be populated by some other characters that would fit in that imaginary world.

In this image, based on some drawings, Teodoru aimed to create a more stylized and illustrative 3D environment for his characters

3dt: Your style is perfectly suited for toys! Could you tell us more about the process of designing specifically for toys, and how you get them made?
TB: Even if my characters are designed for illustrations in the first place, I always consider the possibility to animate them or to turn them into toys eventually. With that in mind, I always model my character as perfectly as possible, considering topology, polygon count, quads, and water tightness.

I had some toy design collaborations with different artists and I also made some for myself. The usual way is to create a character in the 3D software of your choice that will be then used to make one prototype. Nowadays most prototypes are made with the help of a 3D printer. That prototype will then be cleaned and sanded to bring it to a perfect state, and it will be used for a mold. The mold will be used for the production of different toys, like resin toys or sofubi (a Japanese term for a style of 'soft vinyl' toy). 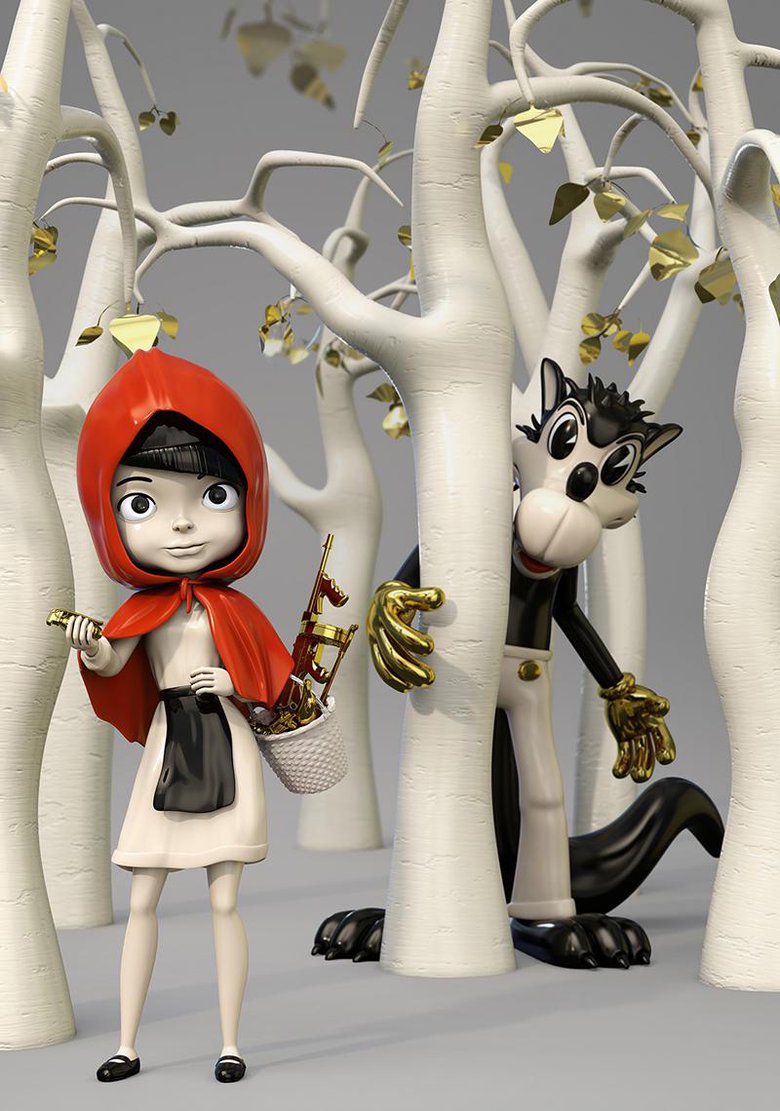 Illustration and character designs created MODO, on the theme of weapons fanatics and the consequences

3dt: What valuable skills have you learned from looking after your own freelance business?
TB: To be patient with the client is one of the most valuable lessons that I have learned. Often it is not easy to keep calm when a character changes with every review. At the end, after five, six, or more reviews, you may have something that no longer has anything to do with the initial request and brief of the character, but then you do learn an important lesson and know what patience is. 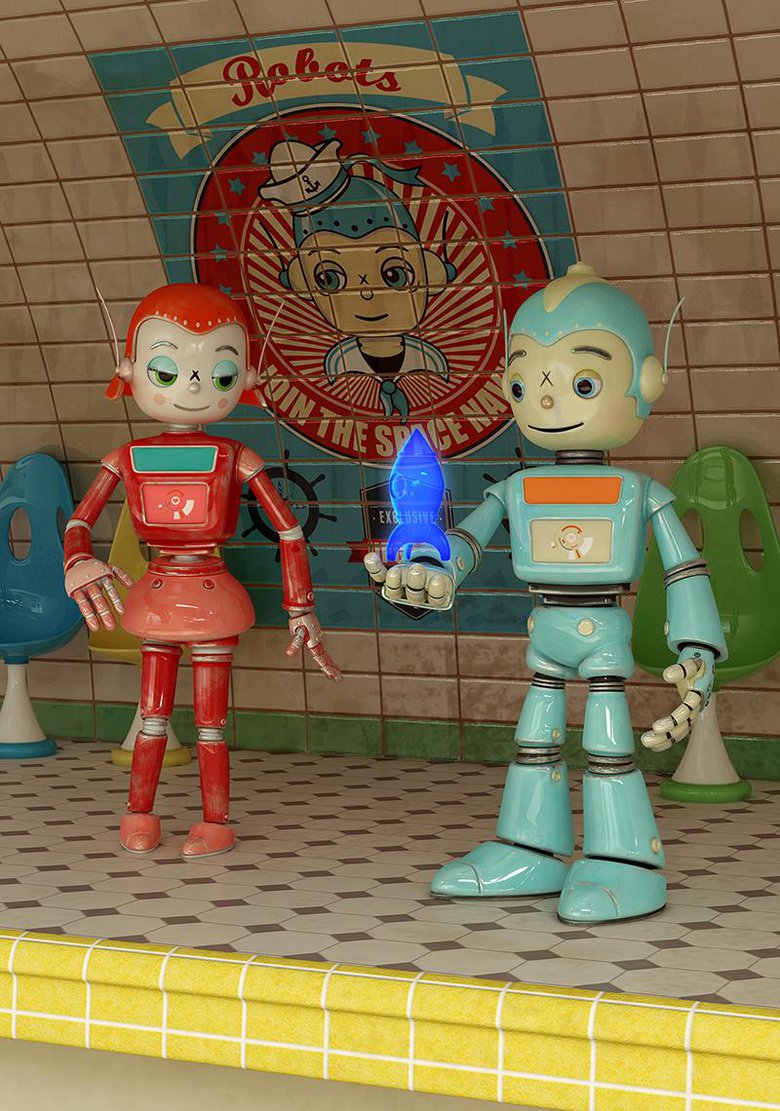 A 3D illustration created with MODO, Illustrator, and Photoshop

3dt: What is one key piece of advice that you'd pass on to other artists?
TB: Everybody has to make his own mistakes and learn from that. That's the way. There is no way around despite all the dos and don'ts. Jump in! Do your thing! Forget about what others think or say about your work. Believe in yourself and in what you do and never give up. 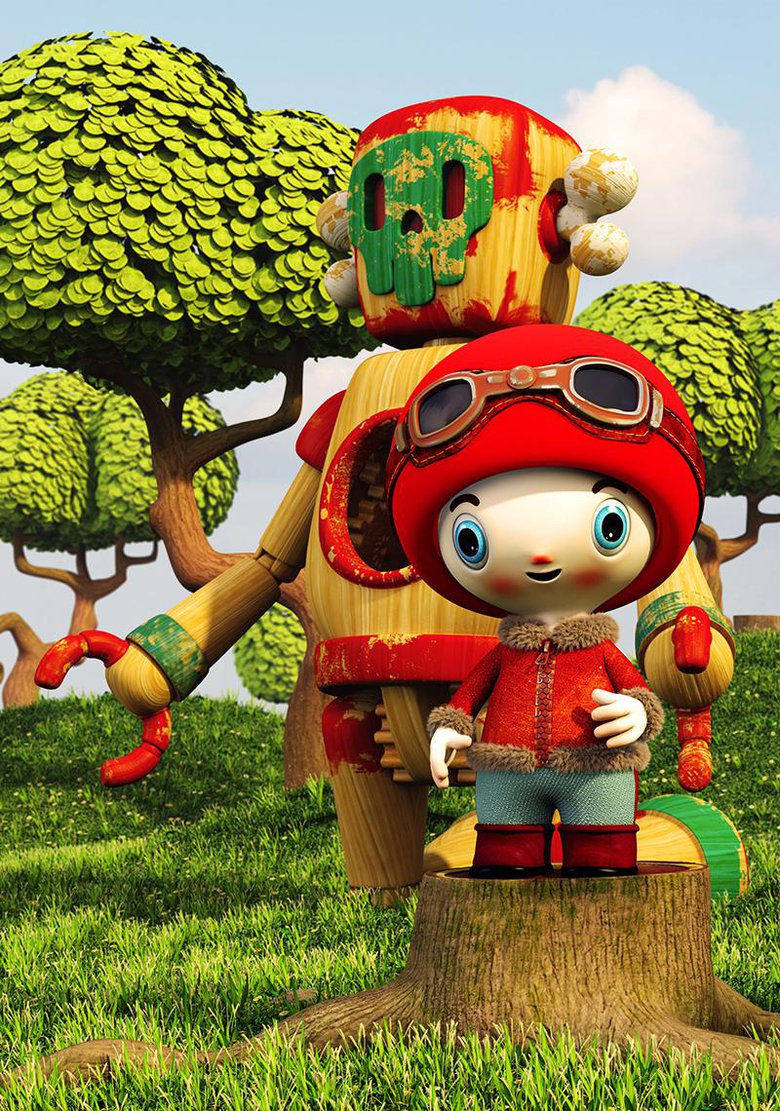 An illustration based on Teodoru's ShroomZee character, modeled, textured and rendered with MODO

3dt: Finally, and most importantly: what do you like to do in your spare time?
TB: Unfortunately there's no switch that can turn the creative mode on or off; it is who I am. I have thoughts about what I could do next or how I could achieve something all the time, but I can't say that it drives me mad when I am not able to do it right away. That's why I choose to spend as much free time as possible working. If I'm not working, I hunt for vintage toys at the local flea markets, go to see a movie, or go out in the city for a walk with my dear wife. 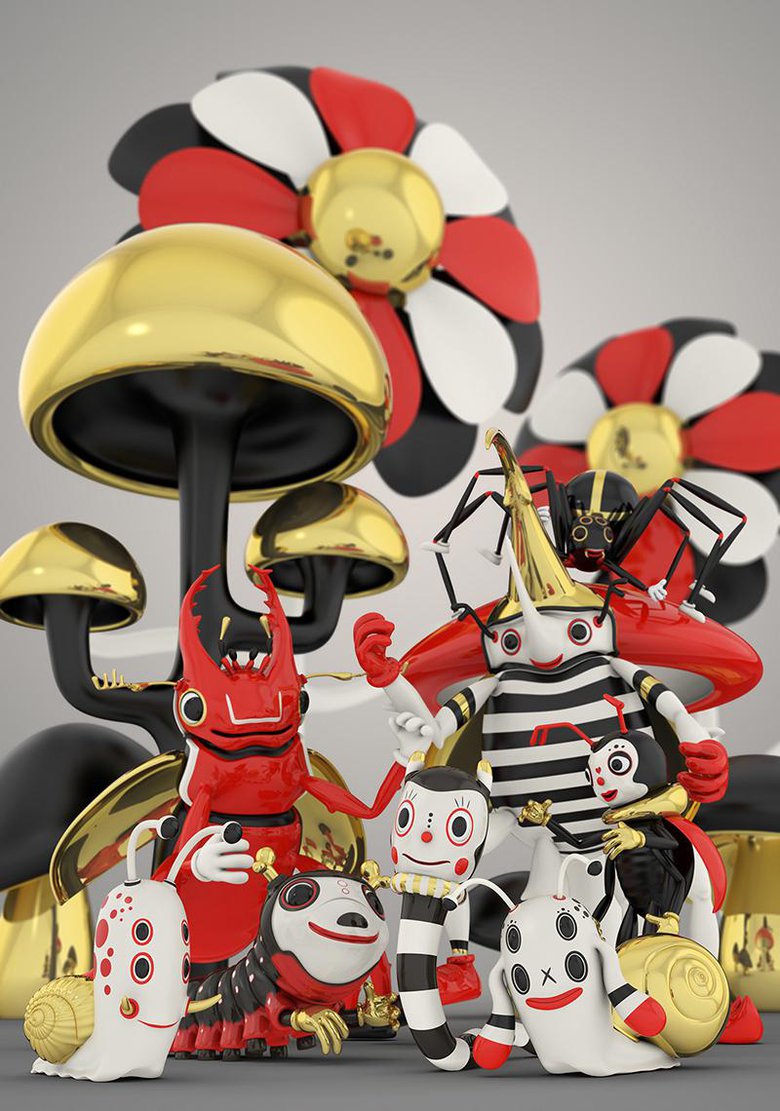 Illustration and character designs created with MODO, based on sketches around the theme of critters 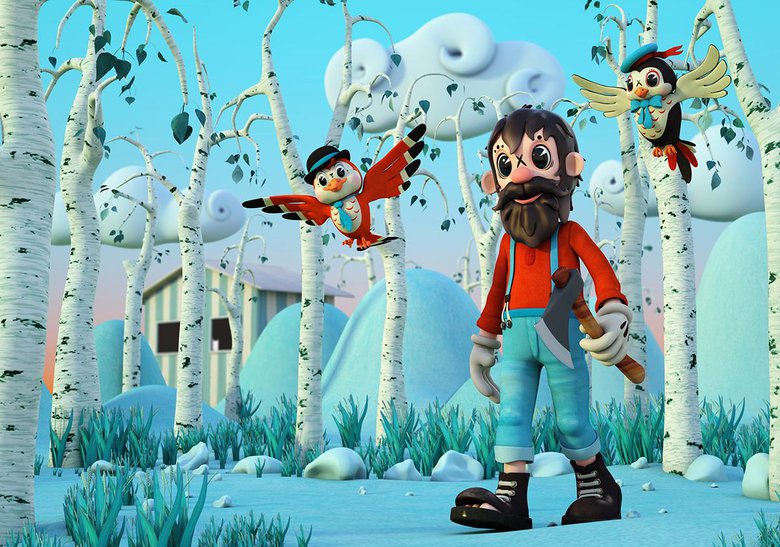 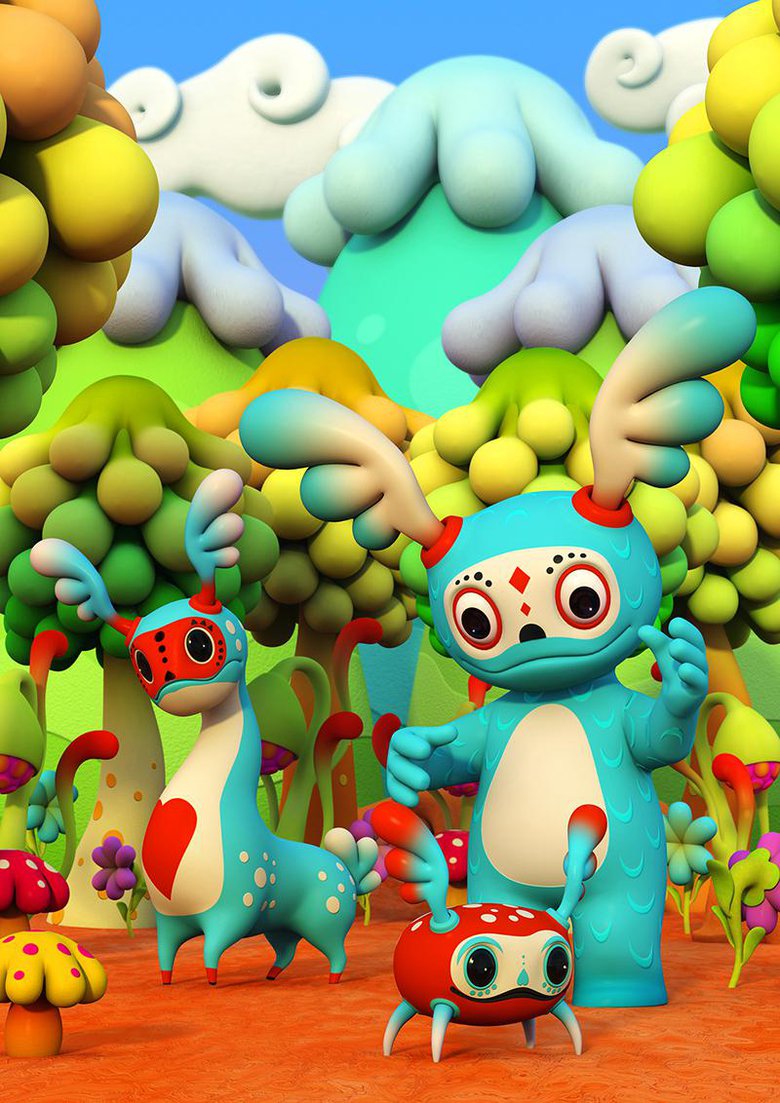 An illustration created with MODO, in which Teodoru created a new style of environment, using the same round shapes to fit with the characters