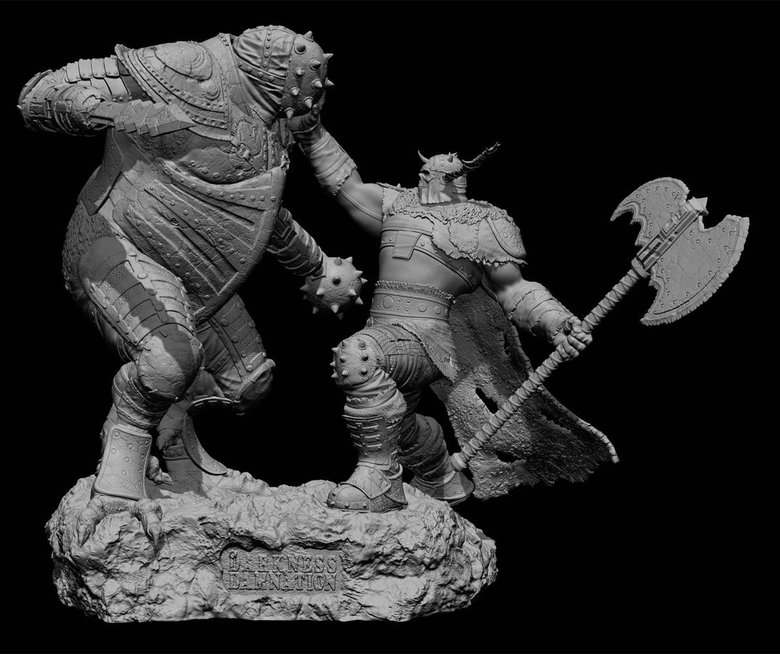 Of Darkness & Damnation. The Cleric vs. a Nathores 3D model, to be released as part of a line of
fighting 1:8 dioramas from Quarantine Studios

Hello Alterton – thanks for speaking to 3dtotal! First off, could you tell us a bit about yourself, where you are, and what you do?

Thanks to you, it is my pleasure! I am located well down the end of the world, at Argentina's southern lands of Patagonia, in Trelew, Chubut. I have been working for the collectibles/toy industry for more than ten years, first as a traditional sculptor and now exclusively as a digital modeler.

As a traditional sculptor I worked for companies such as Art Asylum, DC Direct, Diamond Select Toys, and GoreGroup to name a few. Marvel Comics, DC Comics, Gears of War and Transformers were the main brands I was commissioned to do. 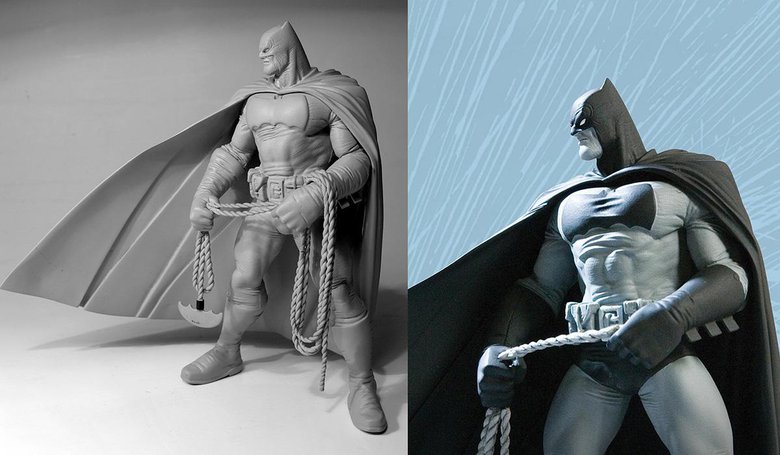 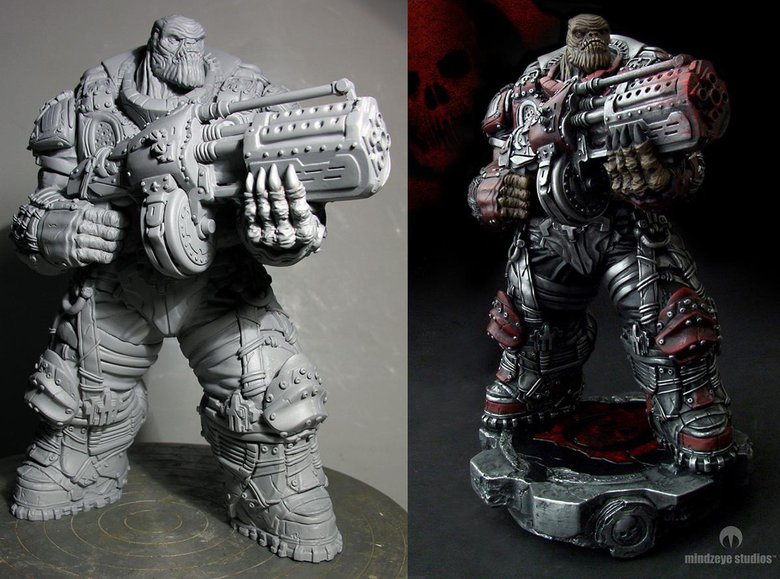 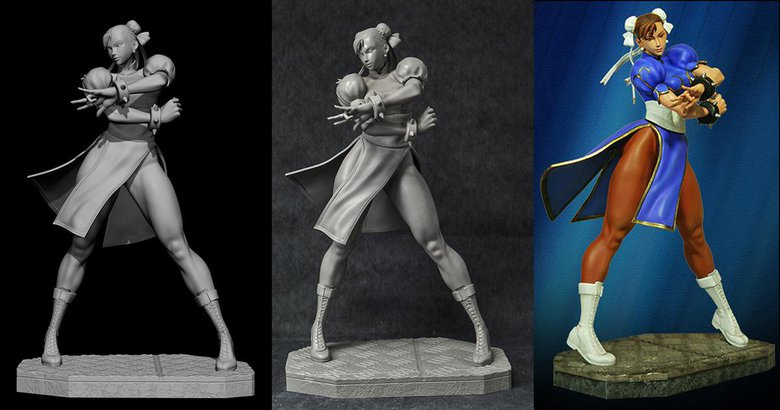 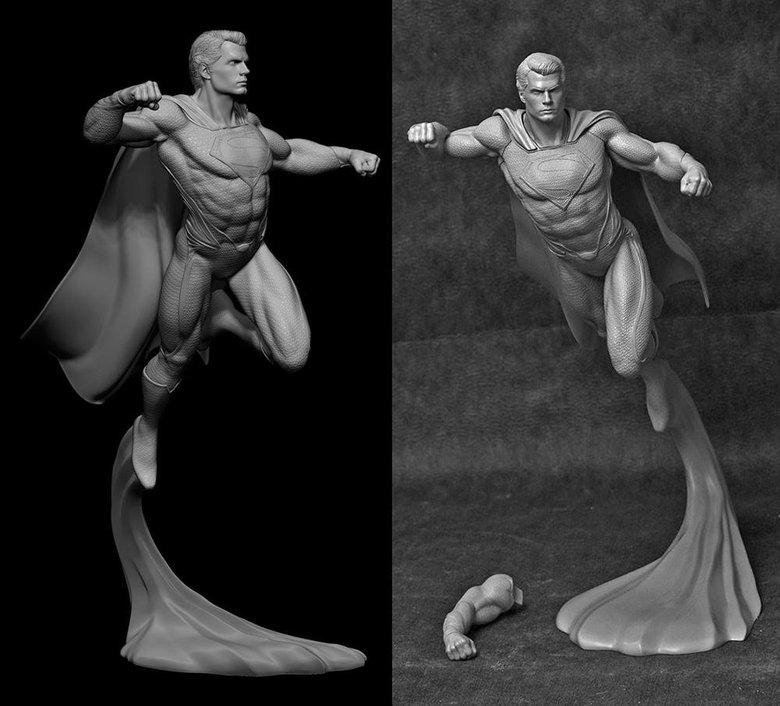 How did you discover 3D art? Was it something you always wanted to do?

Back in the days when I was entering the collectible world as a traditional sculptor, Digger T. Mesch, owner of Art Asylum Toys, told me to look out for the digital realm as the future was there. At that time I found it almost impossible to learn it, but everything changed when I discovered Pixologic's ZBrush. There were a lot of tutorials about it and the software was so easy to learn and so user-friendly. ZBrush was a life changer, and to this day it's some sort of magical world for me to work in and be able to achieve things that could take weeks and weeks to do traditionally. Now I just do them in a couple of hours in digital form! And the most amazing thing is that these pieces are generated in a virtual world and can then be turned into a physical object. Yes, it is some sort of magic!

What software do you prefer to use, and why?

ZBrush! ZBrush all the way. Especially now that it allows you to do the cuts and keys for mass production. Yeah, I don't know what I'd do without it! 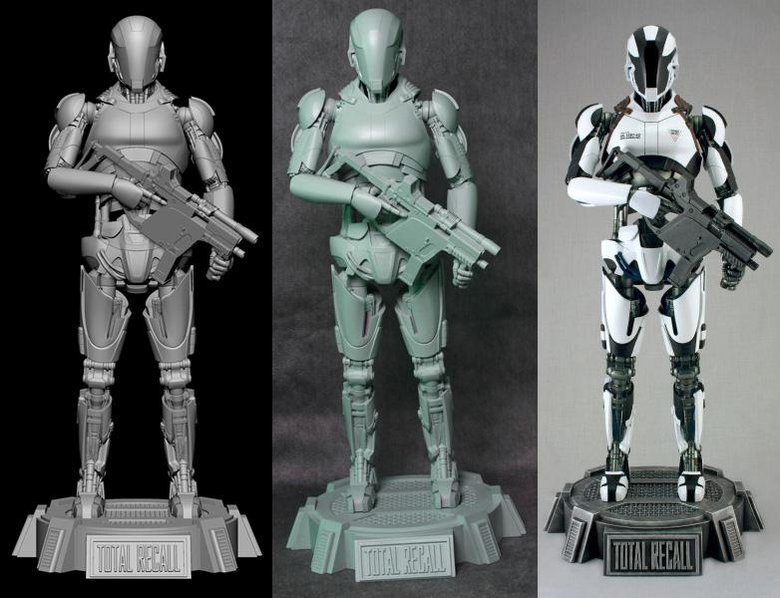 You get to sculpt great characters for a living – it sounds like a dream job! How did you come into this line of work?

Yes, it is a dream job, considering I abandoned my dentist profession to be involved full-time with this job. I am a product of the internet, living so far from the mainstream collectible industry, online forums were the doors that opened and pushed my career. And emails – lots of emails to companies and producers of collectibles.

Who are your favorite artists, traditional or digital? What inspires you?

What inspires me? That irresistible need to create! 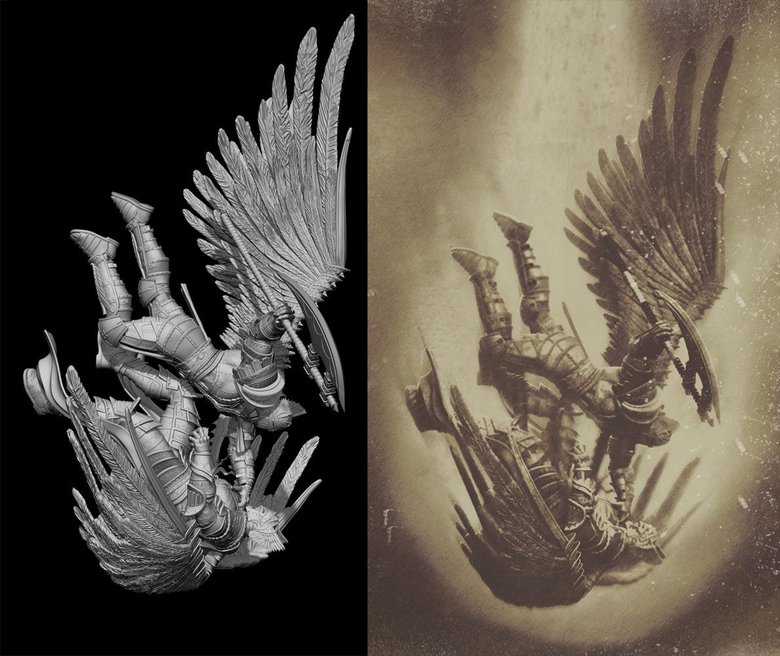 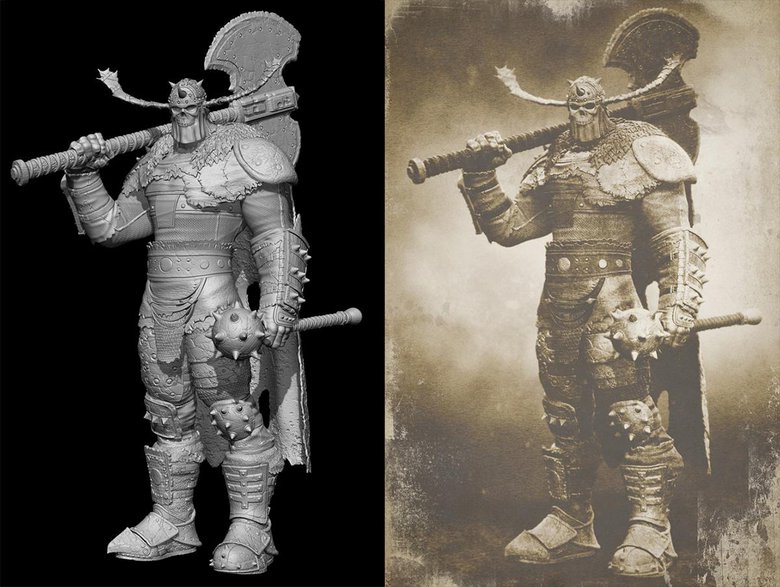 Are there any techniques or tools that you're hoping to work on in the future to broaden your skillset?

Could you tell us more about your personal book project, /Of Darkness and Damnation/? What's it about, and how long have you been working on it for?

It started way too long ago, first as a line of statues, until it became this big monster that's eating my life. It's a mix between an art book and an illustrated novel telling the story of the Seatas and the Acores and their creations interacting with the Mortal World, and that constant vicious circle of action-reaction relation. I am still in the process of editing it, finishing some illustrations and models. In the meantime I am expanding its world to other media, such as the collectible industry: Hollywood Collectibles recently released a 1:4 scale statue of the Cleric (one of the major characters) and Quarantine Studios will release a line of 1:8 scale fighting dioramas starting with the Cleric versus a Nathores. I am also planning a line of miniatures.

Anything we should keep an eye out for?

The Of Darkness & Damnation book and everything related to it, of course!

On the collectibles side, DC Collectibles will be releasing a few pieces I worked on with them; there are also a couple of DC movie version characters from Moebius Models; McFarlane Toys' Games of Thrones construction set are coming out soon. Besides the cool new licenses, Hollywood Collectibles Group will put out on the market the original Ghostbusters movie characters and props; they have this new line of statues I designed (The Trick or Treat Squad) and we're asking the collectors to help us decide which character to release first.

Of Darkness & Damnation. The Vicar vs. Nhoms 3D model and book illustration test

Finally, and most importantly, if you could have any superpower, what would it be?

Immortality, definitely!! To be able to do all the things I want to do!! I believe a couple of more lifetimes will help!

Thank you very much for taking the time to speak to us!

Please, it was an honor! Thank you.