The evolution of the 3D portrait

by Marko Ivanovic on 4th September 2019

3D artist Marko Ivanovic delves into the history of the digital 3D portrait, dating from 2003 up until the present day…

Since the dawn of digital art, a certain obsession has come to be a great unifying task for the modern artist. From a fundamental desire for man to play God, it has evolved to be a benchmark for testing the capabilities of digital creation. The question has entertained the minds of great artists alike – is it possible to capture a moment of true life in the eyes of an artificial, digital human? These are the names of some of the pioneers who have pushed the boundaries of what is possible, evolving the craft from an age of geometric simplicity, to achieving a near life-like perception of human presence.

I’ll be honest. In the early 2000s I was yet unaware of the existence of 3D art. Being around 8 at the time, I had little perception of anything other than what crossed the imminent proximity of my visual field. So, rather than giving you a solely subjective perspective on the evolution of 3D portraits, from the viewpoint of an early enthusiast welcomed to the world of computer graphics, by which this article is mostly conceived (portraits have been my first introduction to 3D, but more on that later), I instead did some minor research (wow!). Use this as a disclaimer to the actual objective accuracy of the article. The first instance of digital human achievement I could come by, which narrates a glimpse of what is to come, is by my accounts first witnessed in the animated blockbuster Final Fantasy: The Spirits Within (2001). However, given that this article focuses mainly on individual artists as pioneers, I feel it is inadequate to include such, so instead we will focus on two portraits published by Mihai Anghelescu in 2003 and 2004. Given that these were published as early as 2003, the results are quite delicate. 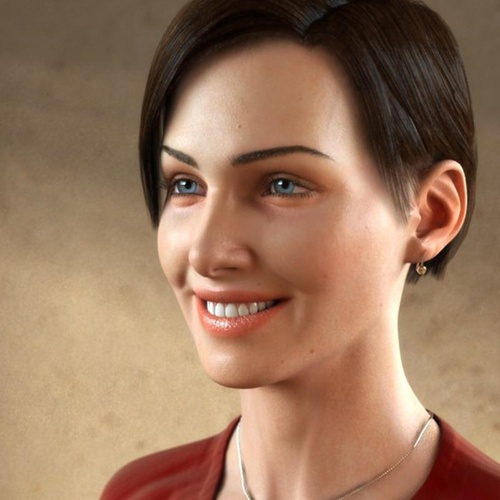 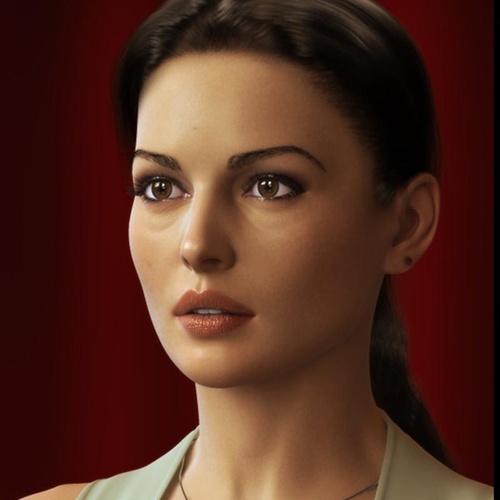 Still prehistoric, from my point of view, albeit nonetheless relevant – Mihai Anghelescu comes back again in 2008 with Russell Crowe. Truly a great step in breaking the curse of the uncanny valley. It is important to note that another yet great achievement we have crossed from the timeline actually dates back to 2005, with Final Fantasy: Advent Children, but given the same rules for the article, I will only mention it. As far as Mihai is concerned, way to go buddy! 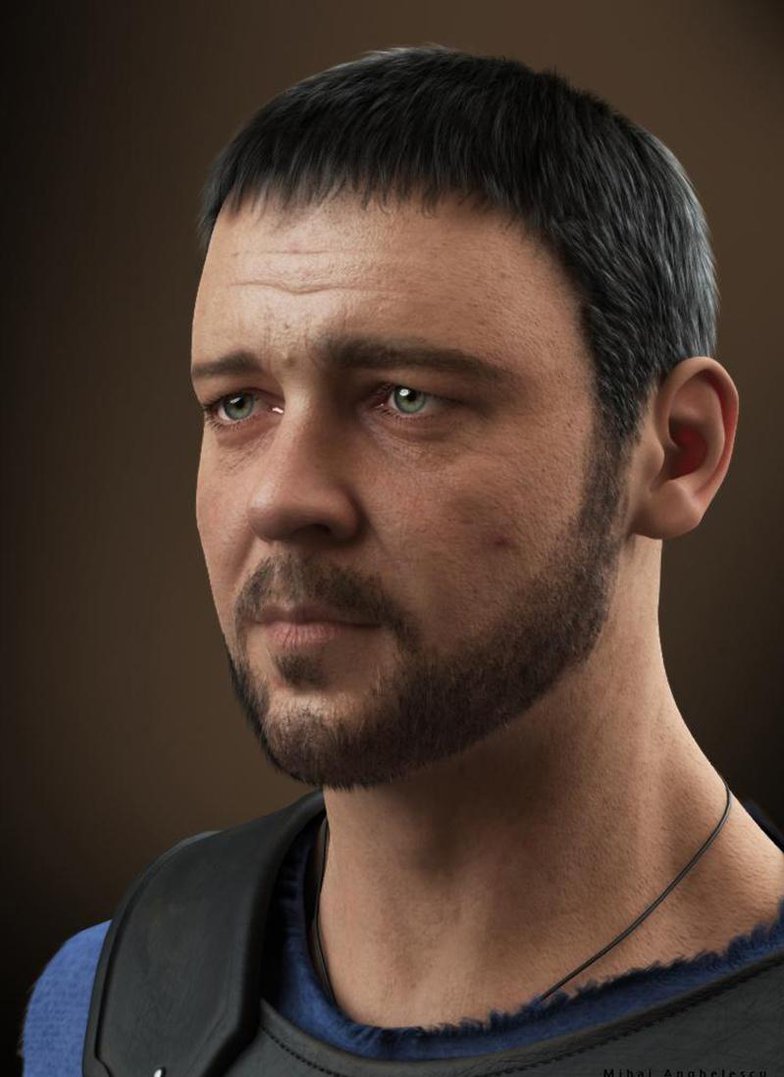 Before I ever knew what computer graphics were, by the grace of unknown forces I came across something that changed my life forever. The first instance of 3D art that I will acknowledge to have witnessed in my life, ever since captivating me to aspire to greatness, was none other than Johnny Depp by Jelmer Boskma (2009). The importance of this portrait from the perspective of a little curious child was fundamental to the development of my interest in the craft, so I commend Jelmer for being such a pillar of inspiration. Jelmer, if you’re out there – may you feel gratitude in knowing your work changed lives. Of course, it simply isn’t right to mention 2009 without commending a certain student for his extraordinary graduation work. Another of my early inspirations, Max Wahyudi with Ingrid Bergman, and related work. 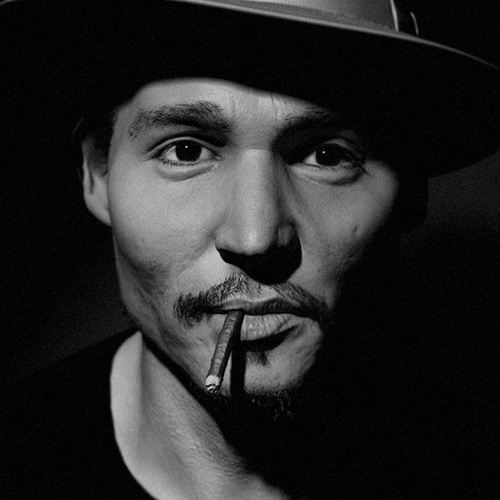 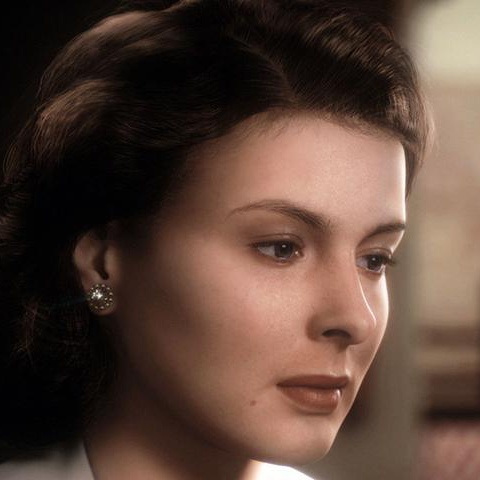 The beginning of a new era for 3D realism, and a booming introduction to the latest decade. One of the greatest portraits created, with such incredible detail down to every pore and skin wrinkle, pigmentation, custom-crafted and painted. A revolutionary piece of artwork. The Portrait by Luc Bégin (2010). At the time I don’t think there was any parallel. The instructions Luc Bégin provided on how he achieved the prominent results of his work, I am sure have influenced a large part of the next generation of portrait attempts. 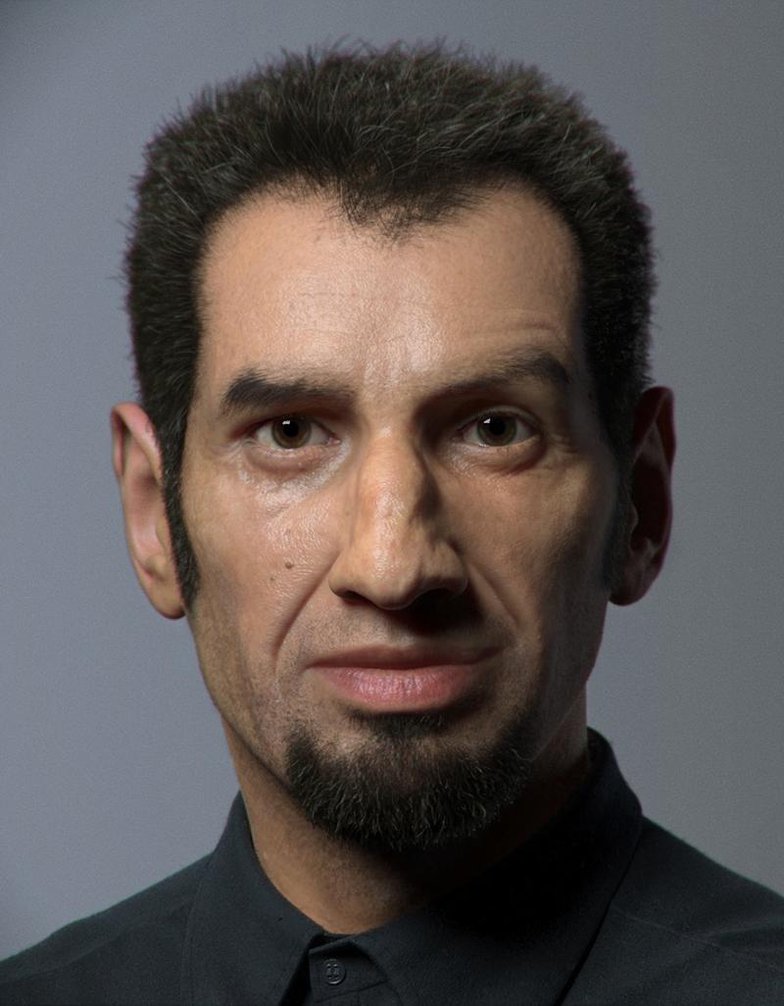 A worthy mention contributing in its own way with great wrinkle detail and overall render quality, while also having a more impactful narrative in its choice of portrayal – Old Man by Jin Hee Lee (2011). Another important step for digital human rendering was made in the realm of real-time rendering of human skin. Graphics researcher Jorge Jimenez broke new grounds when he published his demo for the SSS shaders he developed for rendering realistic skin on consumer level graphics. 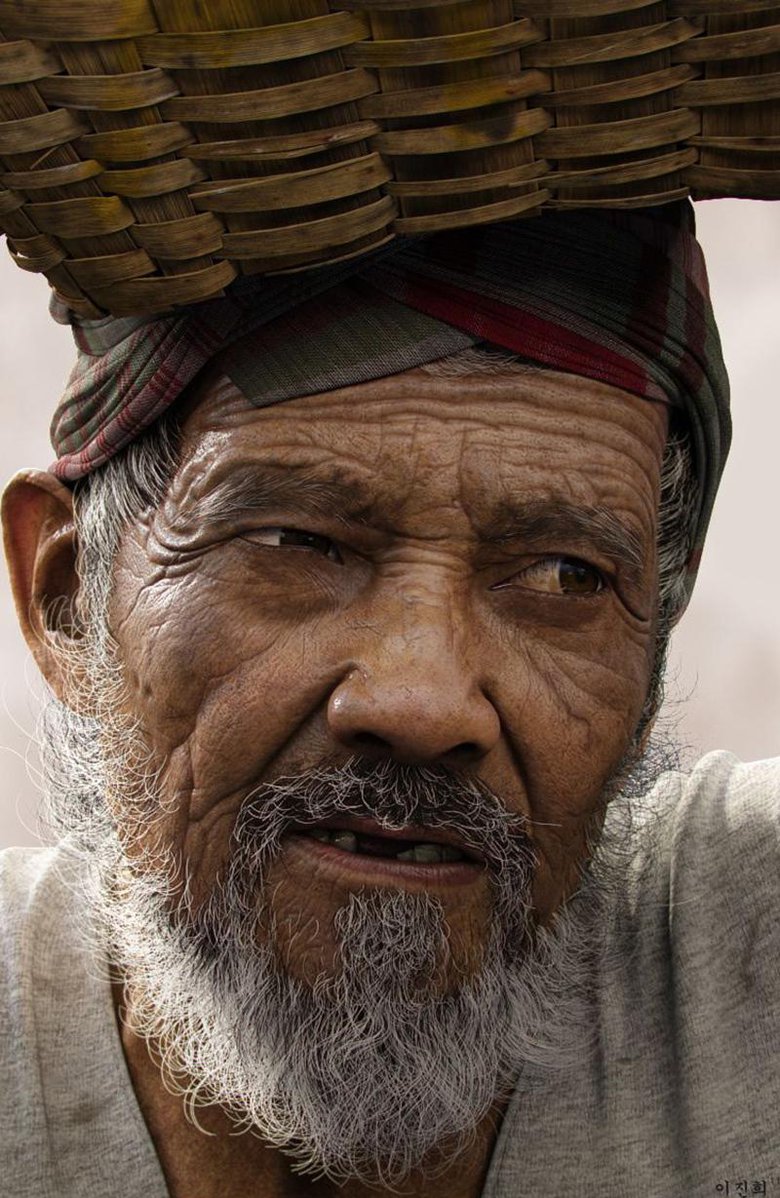 A noteworthy highlight of 2012 would be a portrait of an old patient by Alex Huguet. Another take on skin wrinkling and SSS shader develpment. The eyes are particularly satisfying in this portrait, although I must admit the skin was still looking slightly harsh. Nevertheless, a great portrait of the time.

Perhaps now is a good time to note that many portraits have spawned around this time period. Only a select few are mentioned in this article, however everyone contributed to this industrial chase for excellent realism in their own unique way. 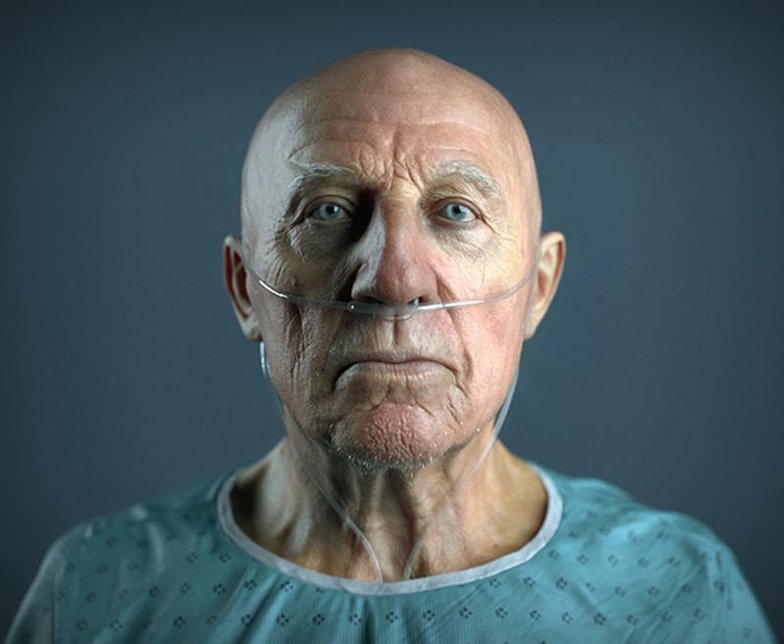 Feels rather corny to list my work here, however given that I had a hard time filling the gap for 2013, and this portrait does list immediately when searching Google for “Best CG Portrait” which is ironic where I came across it, while trying to locate all the relevant art, I decided to try and take an objective standpoint and list myself as I would another.

It’s definitely not the best portrait, nor does it deliver anything groundbreaking like its predecessors, namely the work of Luc Bégin. It’s still a decent attempt at realizing a portrait of a cultural icon from the period. Many people have praised it for its honorable attempt at the character.

I find this selfish to mention, but it is also important because it illustrates growth very well. From a boy who was inspired in 2009, to a man trying to help the collective effort in pushing the boundaries of realism. A great story to tell for those who are wondering if their efforts will ever pay off. Keep hustling and the inspiration of today will become the reality of tomorrow, until you start hating it and move on. 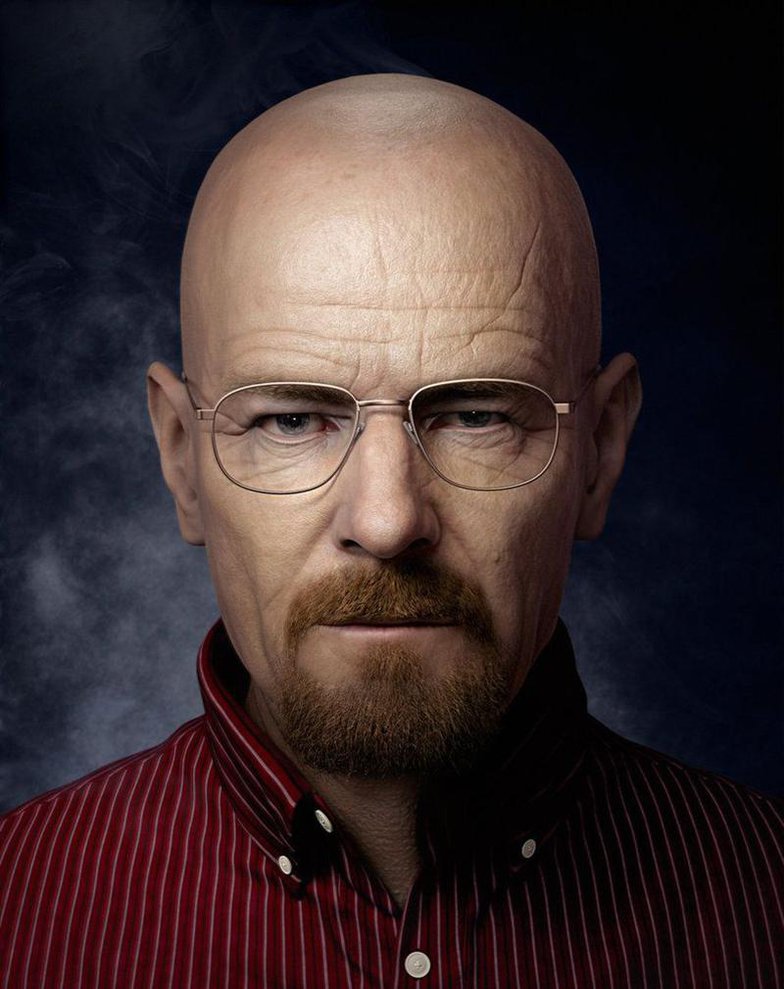 You know, it’s one thing to create a dull, static, innanimate, lifeless, expressionless portrait like artists who I will not name *cough* me *cough* but a totally different ball game to deliver the essence of life in one moment of expression in the captured shot. Two artists have evolved the portrait game in attempting this, and succeeded admirably.

Suprisingly, both published the mentioned works in 2014 so it made for a great categorization event. I present to you Happy Birthday Nana by Dan Roarty and Robert De Niro by Hossein Diba. Through imagination, one could argue it looks like Robert de Niro has finally reunited with his long lost nana. 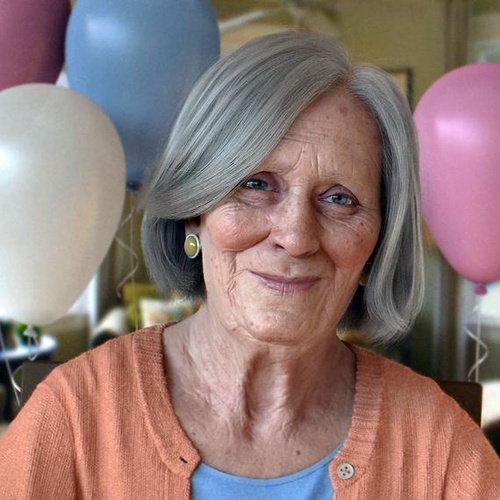 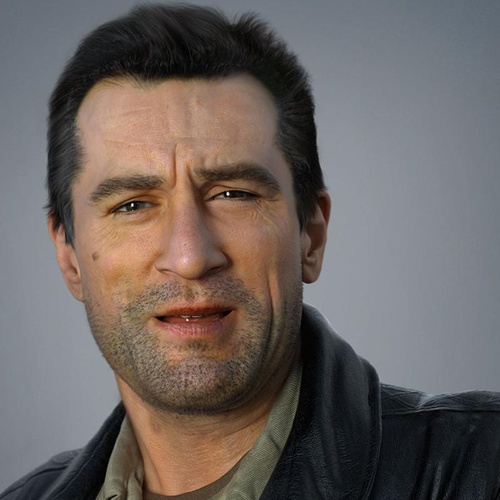 A noteworthy highlight of 2015 would be Marco di Luca’s self portrait work. The first self portrait mentioned, although attempted before, Marco managed to do extraordinary work. This portrait was rendered in KeyShot which makes it one of the first portraits rendered in the engine using pioneering skin work for the platform. 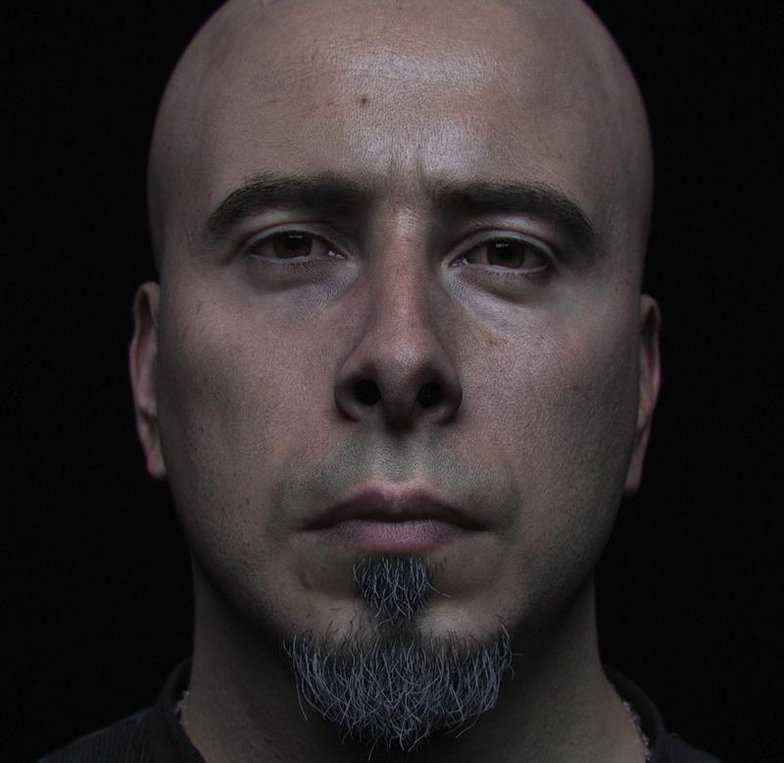 Both aformentioned leaders come back in 2016 to blow our minds with work that has groundbreaking personality and intimacy. Dan Roarty’s Harley Quinn and Michonne by Marco di Luca are benchmarks in personal, warm portraits. Just amazing and lovely, truly able to fool the viewer into a moment of emotion. 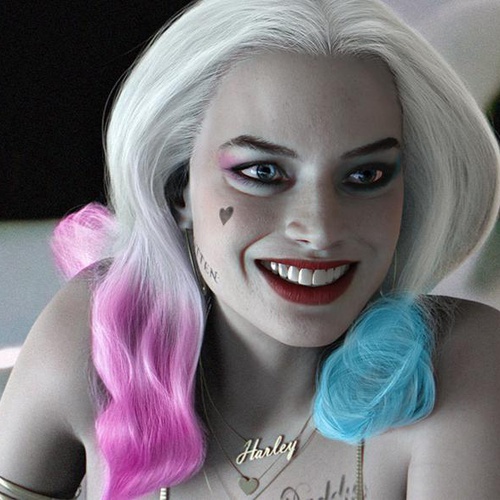 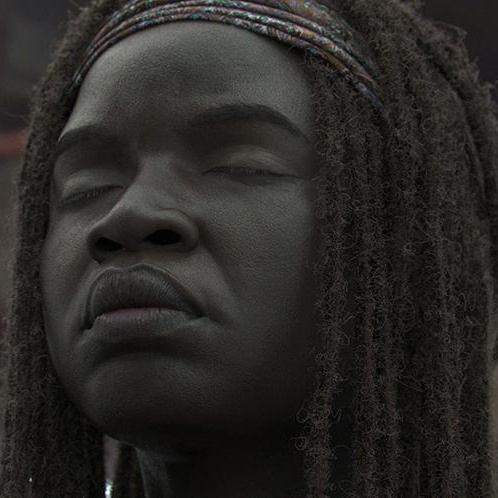 There is no religion without a God, and if 3D portraits had a religion, which wouldn’t be far from the truth considering the religious number of articles and pinterest boards dedicated to its celebration, Lord Antropus would be the God figure set for worship. The year 2019 brings us something unlike ever seen before, with such detail you would wish real life was replicating art, not the other way around.

I don’t know what drugs Kris is on, probably the same drugs that made him excel for over a decade (or is it two? three?), with side-effects of conspiracy induced paranoia – arguably a drug called Charlie Sheen. All jokes aside, the work he has achieved is bordering surrealism, and such detail that is perceived as if it were to appear through eyes affected by psychedelic substances, yet maintaining the overall structure and integrity of a human face. Ladies and gentlemen, hard work and dedication pays off! 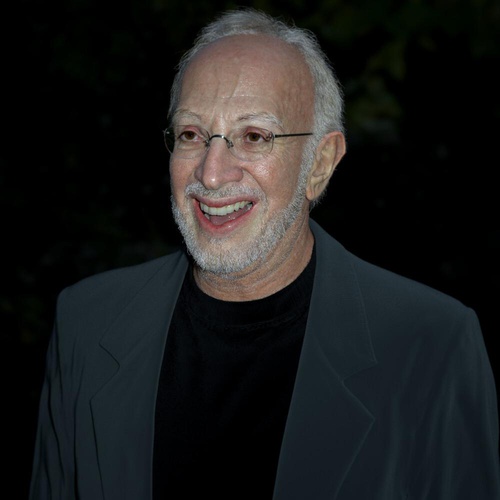 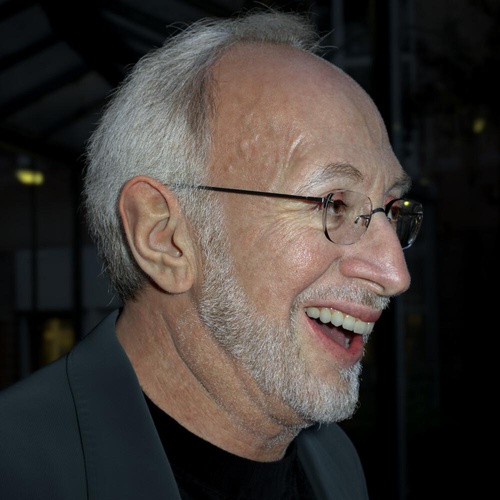 The dawn of a new era

The forefathers of 3D mastery have left the next generation something to aspire to, hopefully to dethrone. The future of 3D is uncertain in the form it may take, given new technologies that are constantly changing the game. Nobody can predict the relevancy of certain skills now that we have 3D scanning/printing, artificial intelligence, and many new relevant developing technologies.

It is up to the new generation to not excel in the old craft, but think outside of the box and combine new technologies to achieve realism like never seen before, done in more efficient, robust, and innovative ways. Remember, it is good to take inspiration but merely replicating the masters of old will not suffice in a new world, where the rules for the game will be completely rewritten.