Visual Effects Supervisor Andrea Knoll, fresh off “Tales from the Loop”, outlines the challenges faced and achievements made while working on Amazon Prime’s latest hit, based on Simon Stålenhag’s beautiful artwork…

Inspired by the construction of a massive particle accelerator on the Swedish island of Munsö and his childhood, artist and designer Simon Stålenhag illustrated the book Tales from the Loop where a bleak landscape is populated with abandoned robots, vehicles, and machinery, as well as wandering children and dinosaurs. The juxtaposition of nature with advanced technology captured the imagination of writer-producer Nathaniel Halpern (Legion) and Amazon Studios, and served as the basis for the Amazon Prime Video series named after the source material. 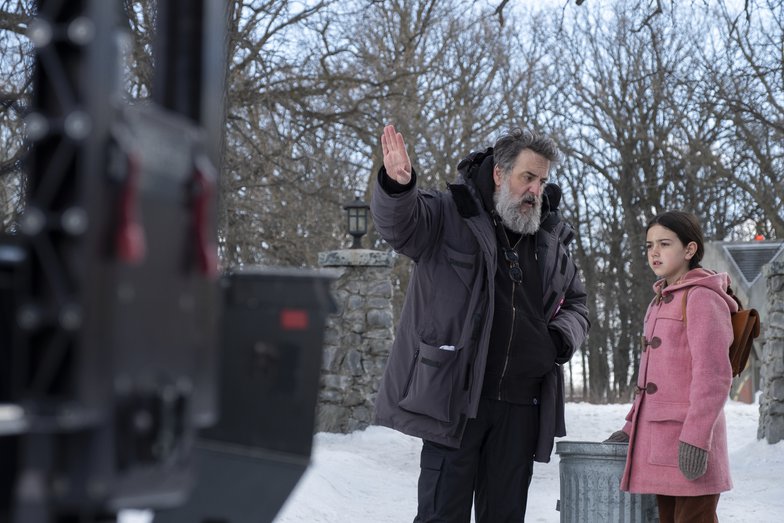 While there was a different director for each of the eight episodes with notable contributions from Mark Romanek (One Hour Photo), Andrew Stanton (Finding Nemo), and Jodie Foster (Little Man Tate), Andrea Knoll (Stranger Things) served as the visual effects producer for the entire season. There was a trio of visual effects supervisors with Ashley Bernes looking after the pilot, in-house compositing supervisor Eduardo Anton handling episode six, and Robert Bock being responsible for the remainder. 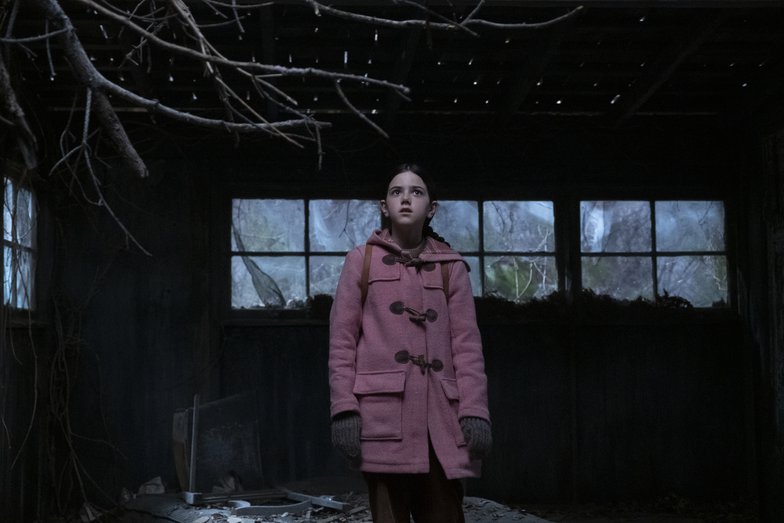 Four to five months was spent exclusively on post-production to produce 1300 visual effects shots. “We were constantly in state of pre-production, production, and post-production all at the same time,” reveals Knoll. “The pilot had 300 visual effects shots and episode eight was close to 200. Every other episode was somewhere in-between.” The scheduling was tight. “What was different with this project is that we had the eight scripts, which did not change for the most part, during pre-production, and that allowed us to plan in a certain way. Each episode was like a unique film and had its own challenges. It helped being able to look ahead.” 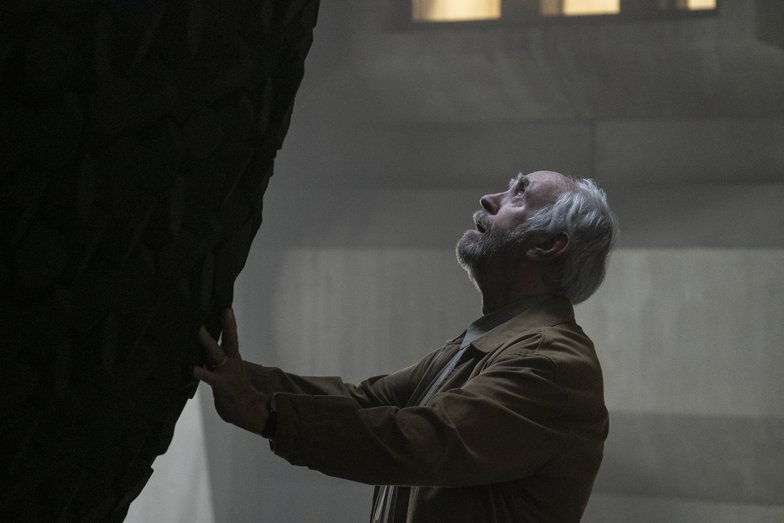 The artwork of Stålenhag was a key visual reference and kept the imagery grounded. “It was important to preserve the feeling that is conveyed in his book. The visual effects are there to service the story because the core of this show is about the personal stories of the people living in the town and interacting with The Loop (a machine built to unravel the mysteries of the universe.)”

“Nathaniel has a clear vision, deeply connected to the work of Simon,” states Knoll. “He wrote all of the episodes and was a respectful collaborator who wanted us to try things out. We treated every shot and frame as a painting. Our goal was to preserve this painterly quality throughout each episode. It was clear from the beginning that we had to keep everything photorealistic so that the visual effects never take you out of the story.”

Mark Romanek, Andrew Stanton and Jodie Foster had various approaches towards visual effects. “At the same time, they were open collaborators. It was about getting clean plates, discussing how to frame shots and what we were going to do later in post. Mark was responsible for the pilot while Nathaniel took everything through to final delivery for the other episodes.” 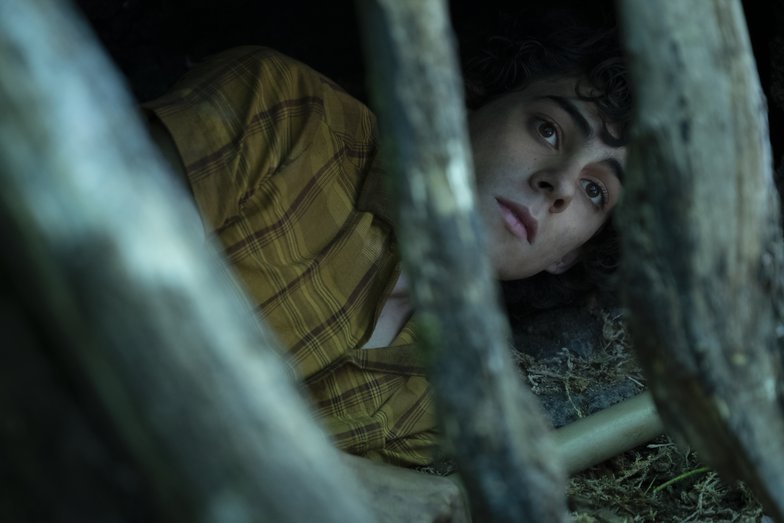 A bulk of the concept artists worked for the art department under the direction of production designers Philip Messina for the pilot, and Michael Wylie for the rest of the season. “We had one concept artist in-house during pre-production and that was on the pilot,” remarks Knoll. “He helped us with some initial concept pieces of how we were going to achieve the house disintegration. Also, our vendors had concept artists onboard throughout and worked on various concept pieces. The only previs that we did was also on the house in the pilot. MPC did the previs on that shot and ultimately, Rodeo FX did all of the house effects shots for the pilot, and most of the CG and animation work for the whole season. MPC worked on episodes one, six, and eight. BOT VFX did some work on episodes six, seven, and eight doing clean-ups and paint outs.” 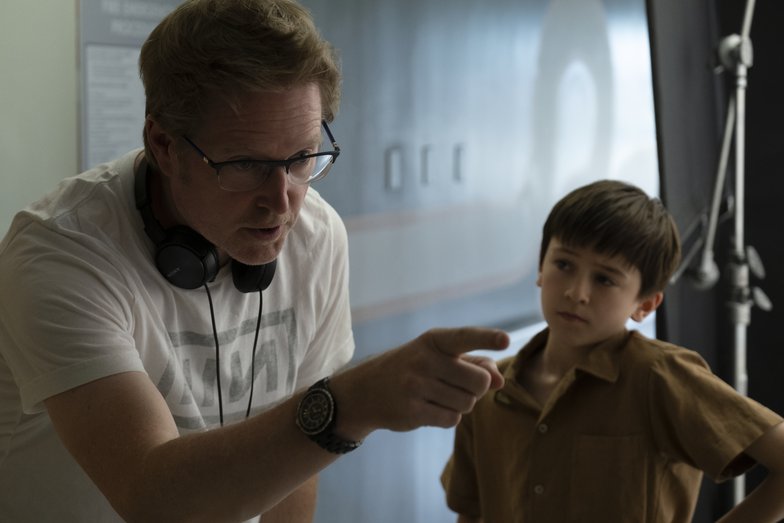 In the season finale two robots battle with each other. “In this scene most of the work was full CG,” reveals Knoll. “We had shots taking place in the woods and stand-ins for the robots which helped with framing. This was a scene I thought would be a perfect candidate for postviz; I asked Nathaniel and Jodie if they were approaching it this way and both of them loved the idea. I talked to the editor and we got an early approved cut to the team at Rodeo FX and they put together a rough idea together of what that robot fight would look like. 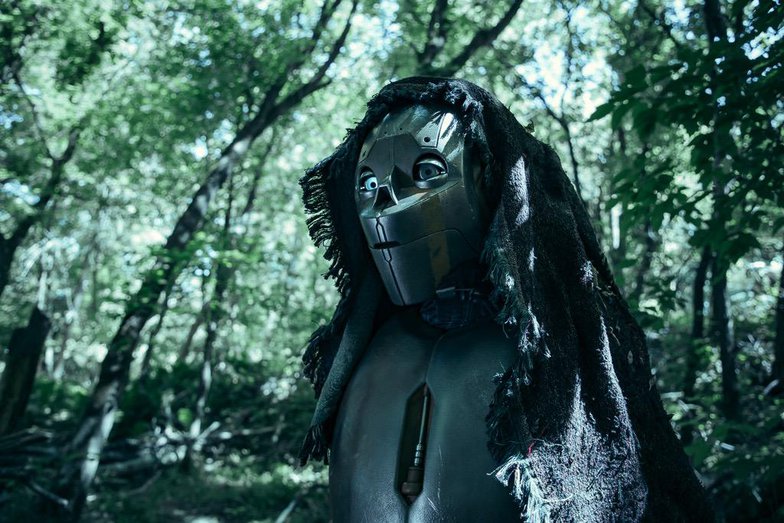 That could sometimes inform the cut and I wanted to get it done quickly so it would be available for when Jodie was in the editing room working on the director’s cut. It helped everyone to visualize what this scene would look like rather than having shots of an empty forest. We were able to get a sense of how the robots would look within the shots. From there we were able to lock with Nathaniel and turn it over to Rodeo FX which did a blocking pass and final animation. We had to do a lot of shot work quickly on that last episode. There was extensive animation in the robot fight shots.”

Central to the overall storyline for the series is the mysterious alien artifact known as the Eclipse which is locked away in an underground facility. “I was excited to hear that they were planning to build a lot practically,” states Knoll. “One thing that they did was the Eclipse. For the most part that is a practical build. We matched to what they did onset and extended the top of the Eclipse; that underground room was onstage in Winnipeg and we did set extensions when needed. Legacy Effects built a practical two-legged Jakob robot. We were involved with discussions about building the robot and analyzed videos of its range of motion. Everybody loved the work that they did. We wanted to carry on their work and take it further when necessary.”

“For close-ups and tighter shots, we would keep the performance of the practical robot. At the end of episode two there was a spot-on performance that the puppeteers achieved with the practical robot so we didn’t need to do a CG replacement there. We just did rig clean-ups. But when the robot runs off that is a full CG shot.” 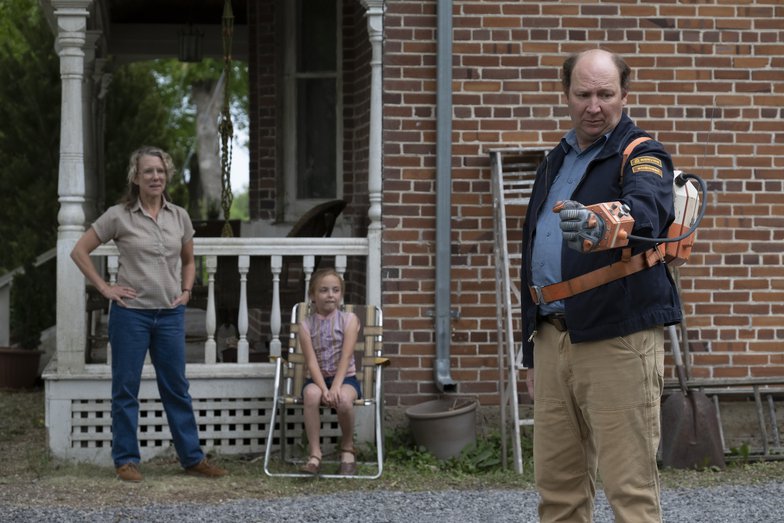 Capturing the footage was a team of British, American, and Canadian cinematographers consisting of Ole Bratt Birkeland, Luc Montpellier, Jeff Cronenweth, and Craig Wrobleski. “We had amazing cinematographers and had ball passes and HDR coverage onset to make sure that we kept the beautiful natural light consistent,” remarks Knoll. “Mostly what you see indoors was built onstage and anything outside is more on location. A lot of what we did in the town was actually what it really looks like. There were some occasions where there was a distracting building that seemed out of place that we would either do a 2D approach of repainting or putting a different structure.”

Anti-gravity moments occur in the pilot with the disintegrating house and reversing snow. “A lot of the challenging visual effects shots that we had were in the pilot. Snow is going upwards and there is the big shot of the house disintegrating. We were using the typical effects simulations for these kinds of shots and had to be surgical about the details. Even though these are surreal moments and events that you are witnessing we still wanted them to look and feel real.”

“The biggest challenge was producing feature quality visuals effects work on a compressed television schedule,” observes Knoll. “We had less time to complete the work than most streaming shows so there wasn’t a lot of time to explore. We had to lock into what we were doing quickly in order to take the time to make sure that everything was fully integrated and looking great. I’m definitely proud of how the robot fight turned out. It was difficult because we wanted to make this a powerful moment without showing off.”

“We never wanted to enter a Transformers territory but stay true to what was done with the robots in the previous seven episodes. We were building upon the brilliant work that Legacy Effects had achieved with the Jakob robot and taking that even further, and coming up with ideas for the spider robot that it fights. There were 40 shots that had full CG animation. The animation had to be locked in five weeks and we had three weeks to complete the lighting. It looks so beautiful and the shadow work on the robots is great.” 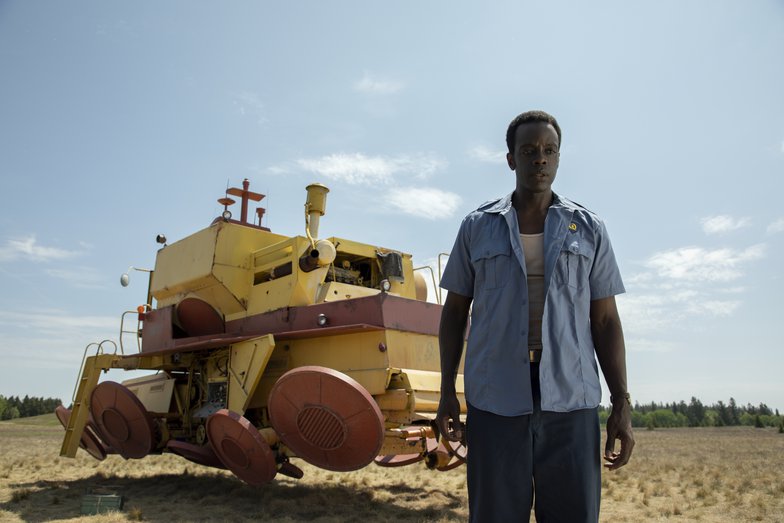 “To make the spider robot appear threatening with minimal action and movement made it extra challenging. Overall, I’m proud of episode eight. There is a good variety of environment work that we did like the frozen stream which is the opening shot. The art department built this stream in the middle of the woods. We had to make the stream feel like it had been frozen for a long time. I’m proud of the whole season but am excited for people to see episode eight. It turned out to be beautiful in a lot of ways.”