Stranger Things: Get Even Stranger

With each season the scope and ambition of Stranger Things grows as sibling creators Matt Duffer and Ross Duffer have become more comfortable with visual effects as a means to expand their storytelling. After receiving an Emmy nomination for his contributions to the second season, Visual Effects Supervisor Paul Graff (Savages) returns to 1980’s Hawkins, Indiana where a dramatic showdown takes place at a newly built shopping mall involving the demons of the Upside Down world.

“Originally, it was supposed to be a minimum of visual effects and a lot of practical effects, but after season one the Duffer brothers were encouraged by the results and decided to take a digital approach in order to recreate an organic feel,” states Graff. “It worked well for them in season two and increased their appetite.” 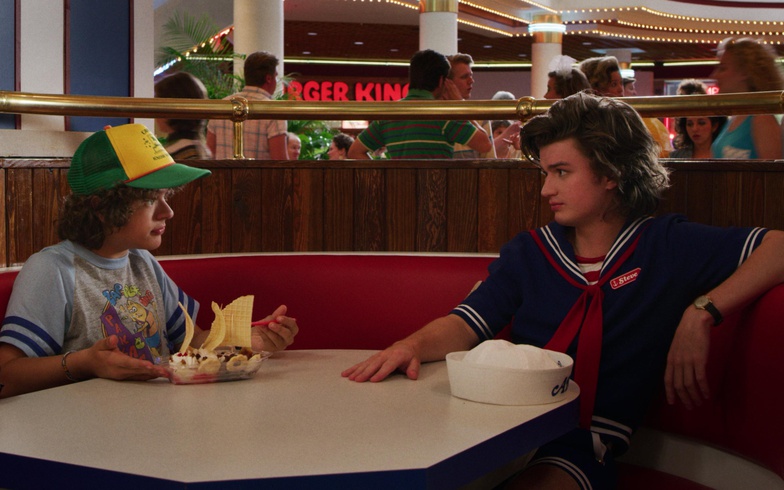 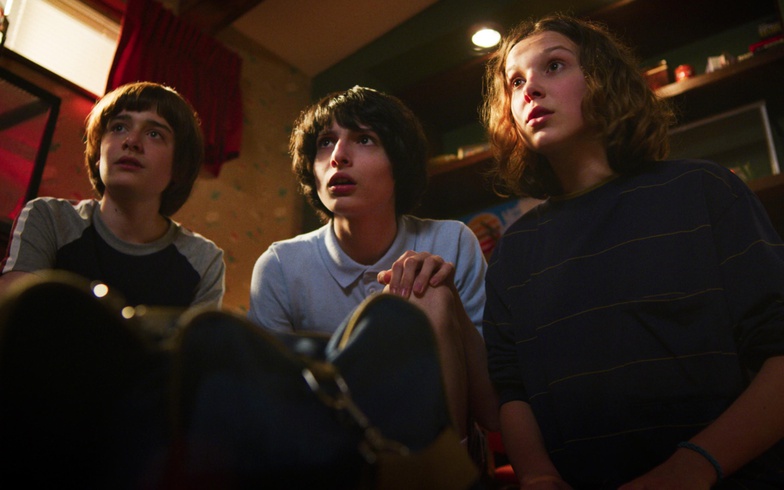 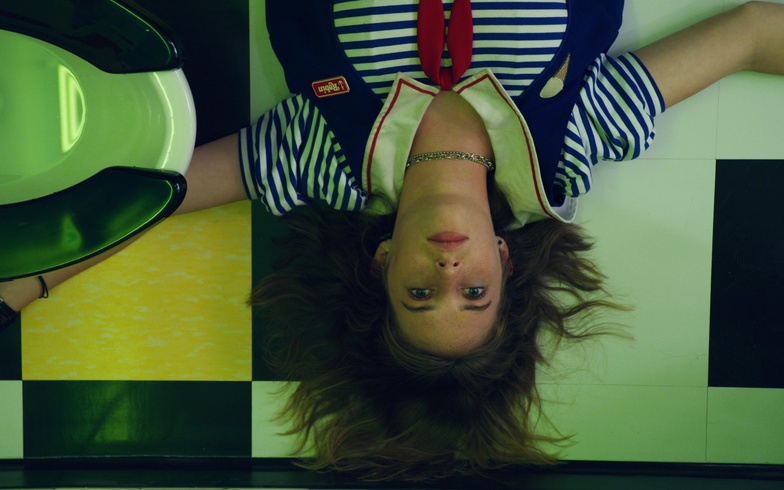 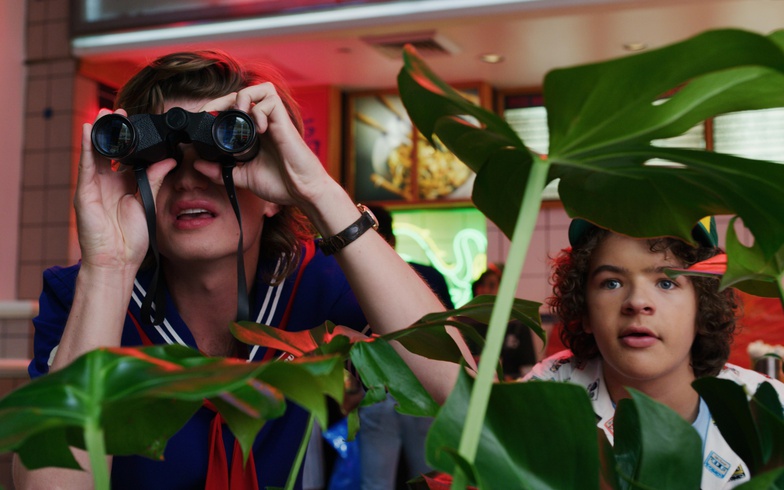 Season two had nine episodes and 2,000 visual effects shots while season three consisted of eight episodes and 2500 shots. “The Duffers wanted to do something more in line with 1980’s horror movies of David Cronenberg and specifically, The Thing [by John Carpenter]. We had the Demogorgon, Demodog, and Shadow Monster [aka The Mind Flayer] in season two. This time around it was going to be a T-Rex size monster made out of spores that is heavy, dangerous, and slimy.”

R&D was done on the new monster for season three. “Before even the start of shooting we had a concept drawing of what the monster looked like which was approved by the Duffers,” explains Graff. “The next step was to find a vendor for the monster and get some animation tests going so we know how it moves because this is going to inform the Duffers’ writing. I told Rodeo FX that there were rumours that the monster crashes the 4th of July parade in Hawkins and another one was it attacks the mall.”

“I suggested that they do a motion test of the monster throwing a car into the movie theatre which had to be built digitally because it didn’t exist anymore. We used the motion tests for some shot ideas that might be inspiring for the Duffers; that helped for when we got to Chapter 8 and into shooting. We could animate the monster and do previs for key shots. We started with storyboards and concept paintings for possible hero moments. The Duffers responded to those and we tried to get some quick raw animation going to know what the sets were going to be. That was done at the last minute. It was shot exactly to those storyboards because there was no other way to make the schedule.” 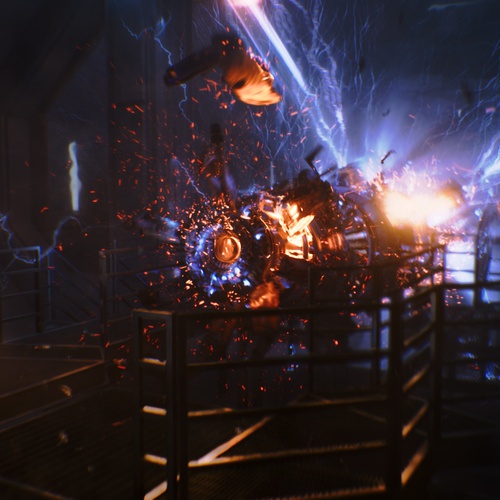 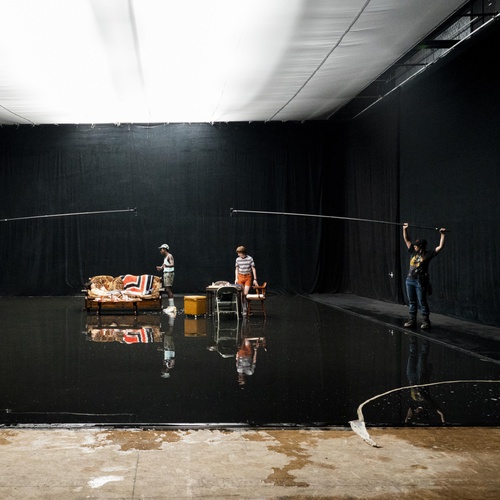 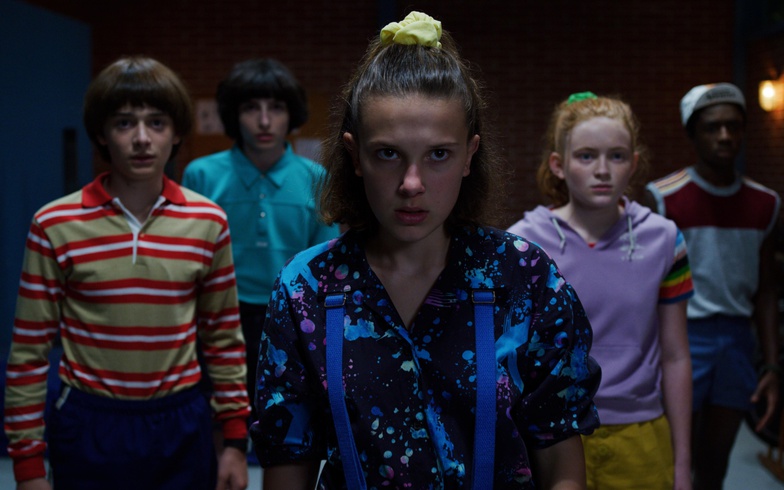 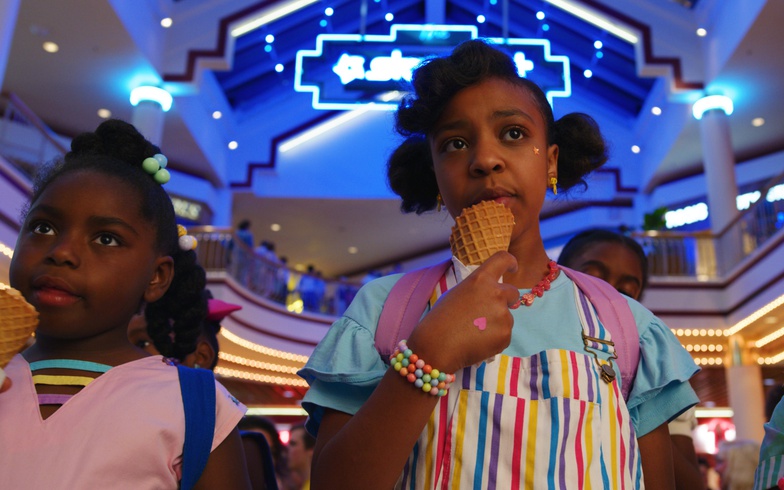 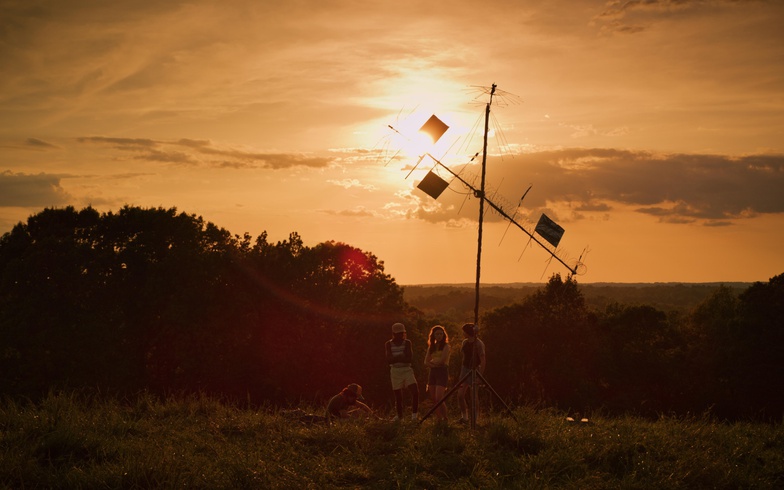 The demonic adversary begins life on a much smaller scale.  “The rats get infected by the particle cloud that comes from the exorcism of Will Byers [Noah Schnapp] in season two, start exploding and turn into this slime,” explains Graff. “The first thing we ask is, ‘What can be done practically? We were doing a scene with a real rat in a cage but quickly realized we needed to do things that those rats could not do, and they had to look photoreal and convincing.”

“Also, because of the pressure of time onset, the decision was made to build all CG rats. We did some tests with charges and dog food to get a feel for how the exploding rats would look. When analyzing some famous movies, we realized that there are a few parameters that make some of these old practical effects better. Most of it had to do with the sense of moisture and not having everything exposed.”

Not all of the goo was CG. “In the beginning, when we have some of the corpses of the soldiers hit by Russian beam, those were practical and wet,” states Graff. “For the rats, it was all digital goo because too much time would be needed to clean-up the set for every take. The goo forms into a hand-sized Shadow Monster. It’s basically the same entity [from the second season] but in a different incarnation. We knew that it had a long head and a spider-like design with multiple legs that go into fingers. You see it also happen with humans in the hospital on a larger scale where two combined into one creature [called Tom/Bruce].  We played with an asymmetrical design, like a hunchback of Notre Dame, that has the volume of two people; it was a fun creative process.”

Starcourt Mall serves as the front for a secret Soviet base that is attempting to open a portal to the Upside Down world with a high-powered energy beam. “We shot in a dying mall that was 70 miles out of Atlanta which had the feel of the 1980s,” remarks Graff. “Chris Trujillo [Glass], the production designer, outdid himself. That particular mall had a main floor and an underground floor because it was built into a hill. We had to use a different main entry so there was some digital augmentation going on as people walked in and out of the mall. Other than that, we had a few hundred feet set in all directions. There were some stores that were curtained off and had to be extended.”

The art department focused on the set and dressing of the Russian lab while visual effects looked after the machine that fires a high-powered energy beam. “We had a stand-in skeleton that gave us 90-percent of the final scale. The gaffers rigged it with cool LED lights because the machine is a light source that creates electrical charges and big beam comes out of it. For when the machine explodes and starts shooting off rays, we had this mirror rig with light sources that could spin. It gave us this amazing light effect.” 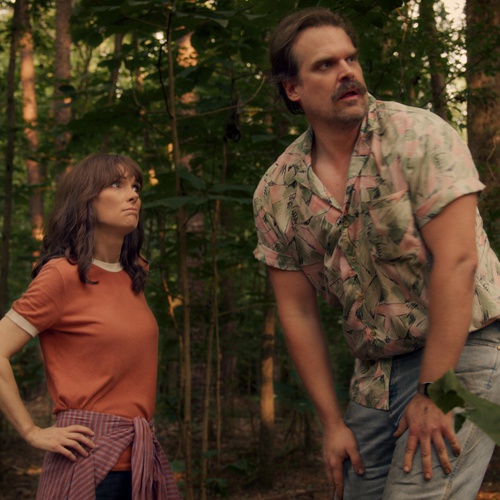 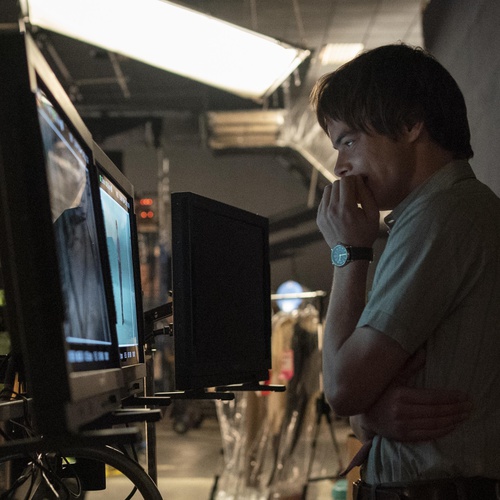 A monster to suit up

A simple workflow was adopted. “There are many creative heads involved with the show,” states Graff. “Everyone tries to map out everything the best that they can but things get decided on the spot so we need to be flexible. We try to get simple things in the spaces as stand-ins so everybody has an eyeline and knows what is going on. There was a guy with a silver helmet and red suit standing in for the monster.”

Bluescreen and greenscreen were kept to a minimum. “There was a nighttime hilltop shoot in front of bluescreen. Sometimes we would put greenscreen up. Green helps to separate things from the background and you need it when you have hair detail. In my experience you have to roto a lot anyway.”

Rodeo FX looked after the monster while Spin VFX and Scanline VFX were responsible for the Russian machine. “We had a big pie and tried to cut it into pieces so that they stayed as separate entities,” explains Graff. “There was not a lot of overlap. With the monster comes the rats and Tom/Bruce. There was an idea that we could separate the monster from the tentacles. At the end of the day anything monster related was mostly Rodeo FX. A couple of times we had two vendors doing the same shot. When you do a show like that it is important to get the best price but is also critical not to have any unconvincing shots. There was a lot of territory where things could not work out. When you have such an accelerated timeline you know that you have to get there.” 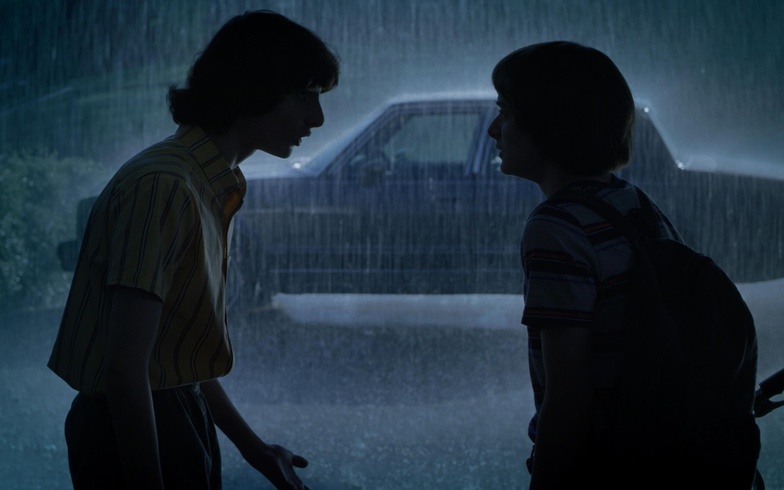 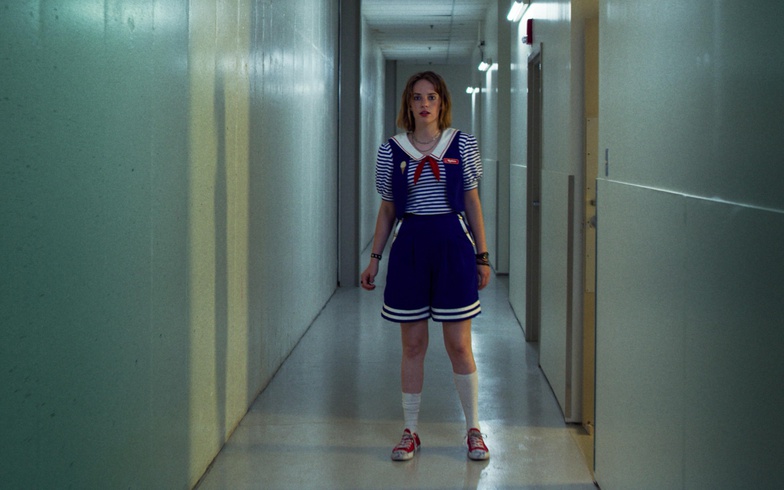 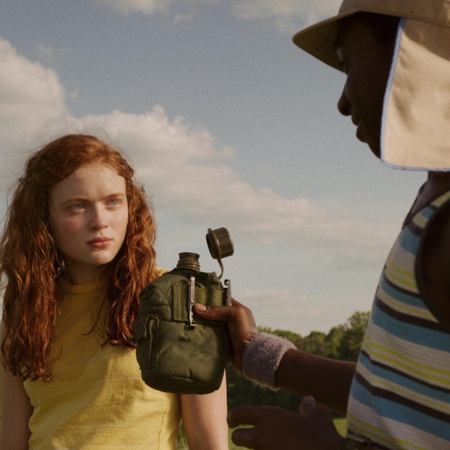 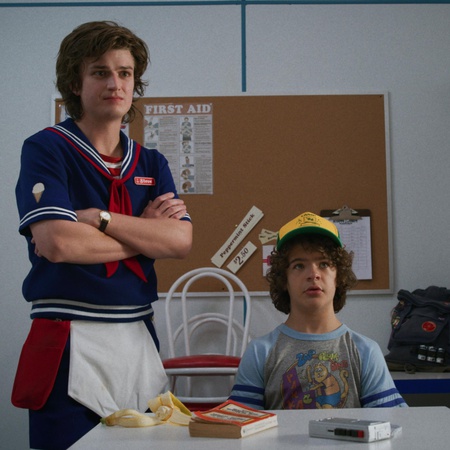 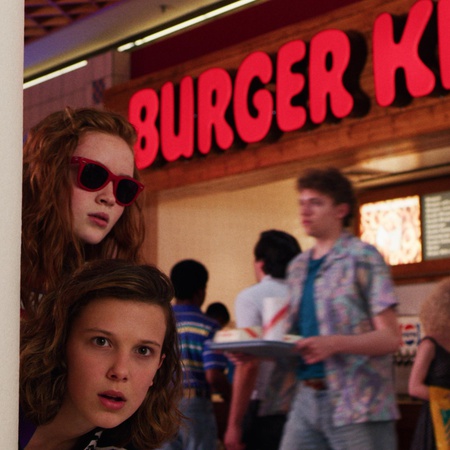 The two biggest challenges were the Tom/Bruce in the hospital, and the monster getting hit by the fireworks in the mall. “For Tom/Bruce it was recording the light which was run by random algorithms for the different passes,” states Graff. “We put a giant grey ball on the top of the guy’s head in order to read light from the head of the monster. For the fireworks in the mall, we had mapped out the first eight or so hits. They are different color lights: purple, green, red, yellow, and blue. All of these lights occur at the same time and create a massive impulse.”

The variety and quality of the visual effects in season three resulted in Stranger Things winning a Peabody Award. “There is the hospital, exploding rats, and Russian lab at the beginning. In Chapter 8, I would say the psychic surgery, monster crashing through the ceiling of the mall, the chase, and the cataclysmic fireworks.”

Eleven (Millie Bobby Brown) loses her psychic abilities in season three. “We had two seasons that end with Eleven saving the day with her powers and the Duffers wanted to have something different,” observes Graff. “Eleven would be decapitated. The kids collaborate and use fireworks to defeat the monster while Jim Hopper [David Harbour] sacrifices himself.” The basic story template was maintained.

“When you think about Stranger Things every episode builds off of the previous one and escalates a few notches. It all goes to some kind of cataclysm at the end. 40-percent of all the shots in Chapter 8 are visual effects. Stranger Things is like a crazy playground; it is playful, unpredictable, and there isn’t a lot of prep time. We try to maximize what is possible within that time. What inevitably happens during principal photography is that things don’t get shot. For the last episode all of these things crash together.” 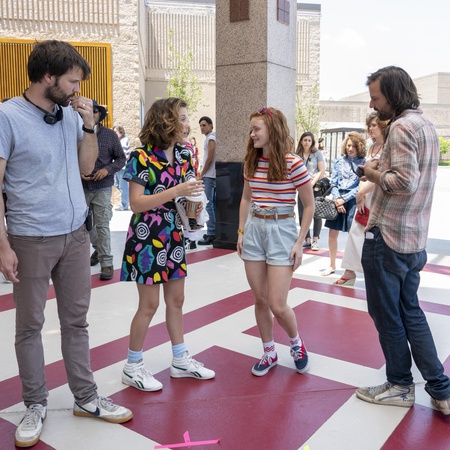 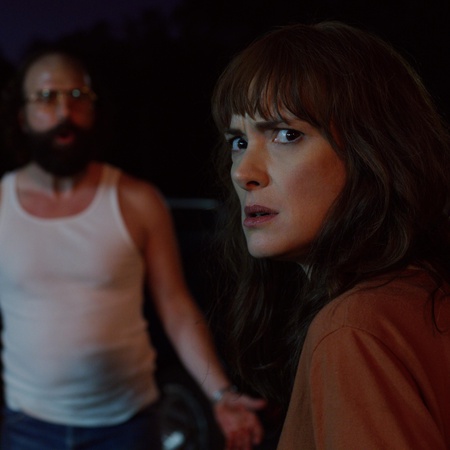 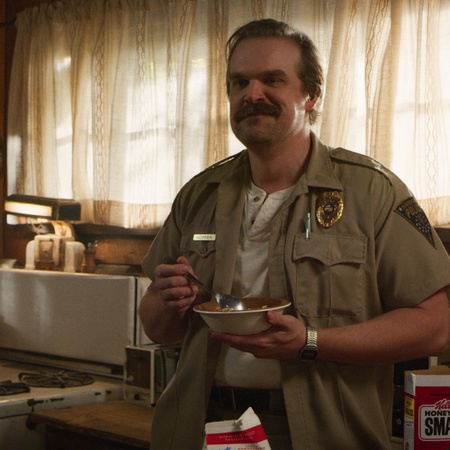