Dating back to the release of King Kong in 2005, Weta Digital has become internationally renowned for creating photorealistic CG primates. With recent efforts Ad Astra and Space Force taking place in outer space; the latter is a Netflix series created by The Office colleagues Greg Daniels and Steve Carell inspired by American President Donald Trump establishing a sixth branch of the U.S. military with a mission to set foot on the moon by 2024. 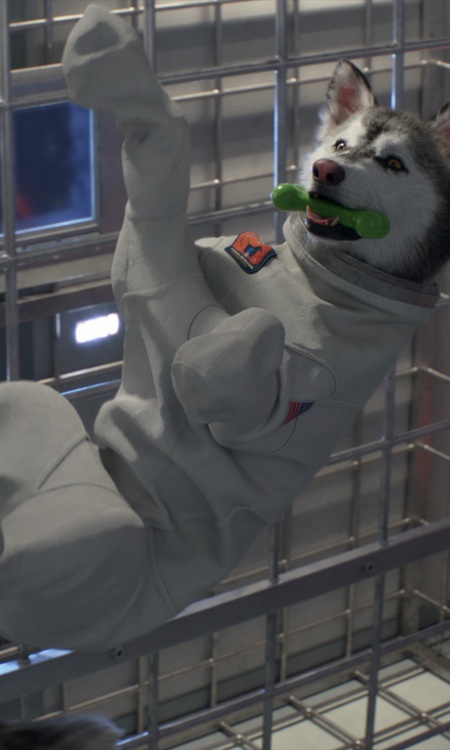 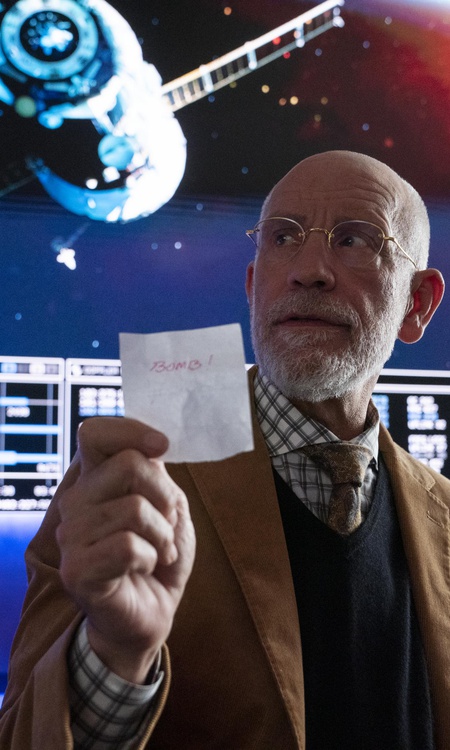 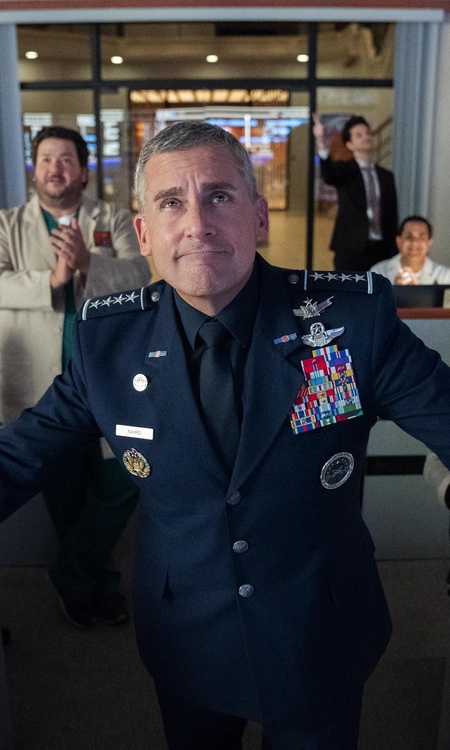 The Wellington, New Zealand-based visual effects company contributed 31 shots for the second episode where a chimpanzee and Alaskan Klee Kai husky were sent to orbit for a publicity campaign, recruited by General Mark R. Naird (Carell) to reattach solar panels to the Epsilon 6 satellite.

“Greg was a great communicator, especially when we had the privilege to talk to him face to face over video conference and cineSync,” states Weta Digital Animation Supervisor Aidan Martin. “Greg knew where he felt the comedy was and it was up to us to make those moments work.” It was important that the audience realize that the astronaut in the spacesuit is not human. “In the zero-gravity animation, we lifted his knees up high to show off the shorter legs,” remarks Weta Digital VFX Supervisor Chris White. “We created different gestures and poses to really sell that Marcus is a chimp while he is in the spacesuit.” 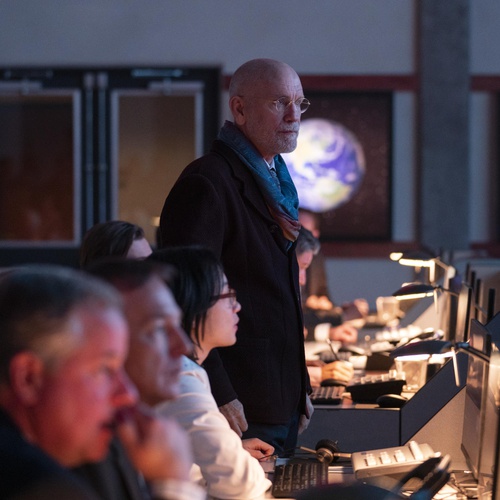 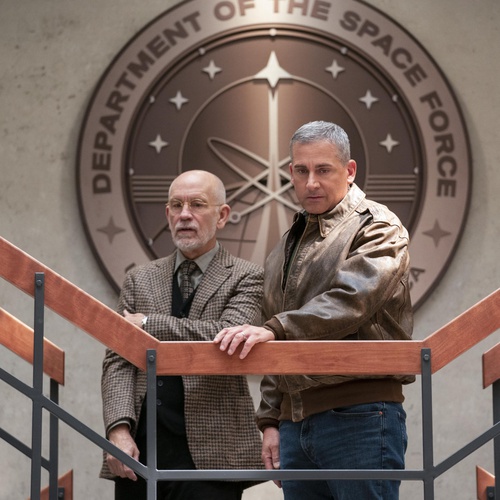 The mandate was to treat Marcus as an animal in a strange environment rather than being a chimp with a high IQ. “The most essential visual research to mention is our study of primate movement,” states White. “Since Marcus was engaging mostly with screens, our primary research was how chimps engage with humans behind glass and videos on monitors.” This became even more critical as the number of head cam shots increased from five to 25 in mid-production. “For the shots inside the capsule,” explains Martin, “we found camera positions that matched Greg's storyboards and lenses that you would typically find on security style cameras which tend to be quite wide angled.”

No major alterations were made to the animation workflow. “There wasn't much we needed to change on our end, but one of the things that was unusual for us was that we were delivering pieces that were being comped into a larger screen and sometimes in ways that we weren't able to visualize until we saw them come back to us through the editorial team,” explains Martin. “This allowed us to make changes that better suited the design layout.” Motion capture sessions were conducted for Marcus while Theodore was keyframe animated and remained consistent with the previz. “For Marcus, we spent a lot of time getting the sign language correct; however, this didn't necessarily make it into the final product. There were some concessions made by Greg's team to change some communication moments that enhanced the humor, like the 'bored, hungry, horny' moment.”

An interesting animation challenge were the spacesuits. “On Theodore, the space suit design had rings around his neck and tail which restricted how much he could move and bend,” states Martin. “Theodore also had a special dog shaped helmet design which he never wears in the show but it can be seen attached to the capsule wall in the wide shots. Marcus had his own issues with the space suit. Once Marcus put his helmet on, we quickly discovered that he no longer looked like an ape, he just looked like a man in a suit. We had to do some work on the design of his helmet, changing its shape so it was a less traditional space helmet. The other aspect we needed to be aware of was his posing, making sure we kept his legs up and his body curled to keep his silhouette chimp-like.”

The spacesuits also impacted the fur and groom. “We had to make a groom for Marcus that fitted within the tight confines of the helmet,” remarks White. “For Theodore, it was a question of how his tail should protrude/hang out of his spacesuit. Theodore's damaged tail floating off by itself was a special groom. We created a physical model of a dog tail to help as a modeling reference.” The two CG characters could withstand extreme close-up shots. “The models for Marcus and Theodore were the real deal, no corners were cut on their modeling or details,” states Martin. “They were as highly detailed as any character that we have built before.” 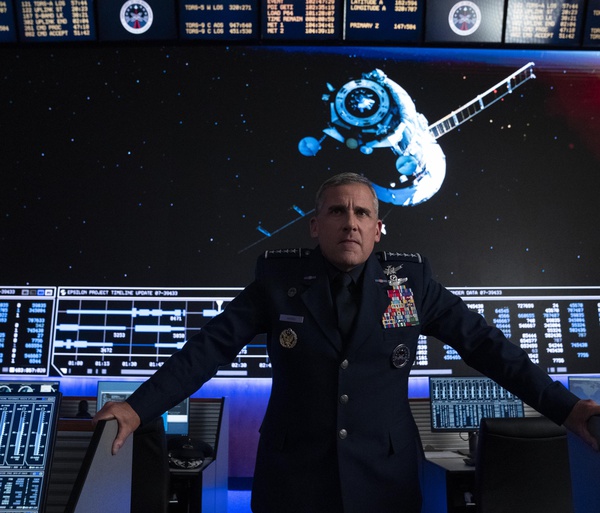 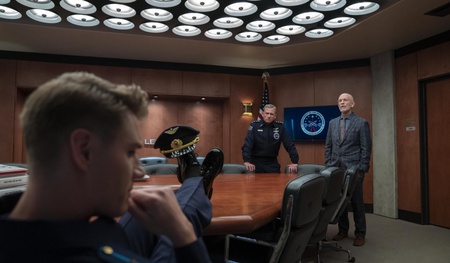 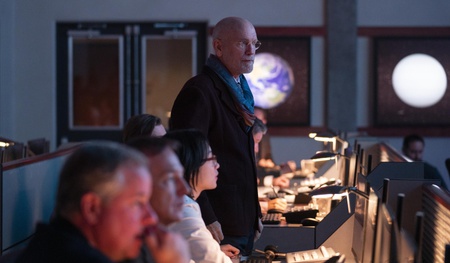 “The capsule environment was designed and built to work as a 3D space,” explains White. “We added flickering lights and Space Force decals in compositing to add life to the capsule and to support that light-hearted humor element.” The characters needed to convey the impression of being weightless. “We considered having floating objects to emphasize the zero-gravity environment, but in the end, it seemed distracting, so we decided against it.” A particular onscreen relationship is a highlight. “My favorite shot is where Marcus is on the big screen, and there is an interaction between Steve Carrell and him. The audience gets to see Marcus' face full screen, and it's a nice interaction between the characters.” 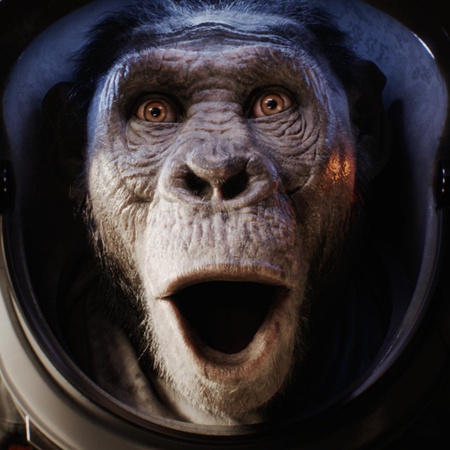 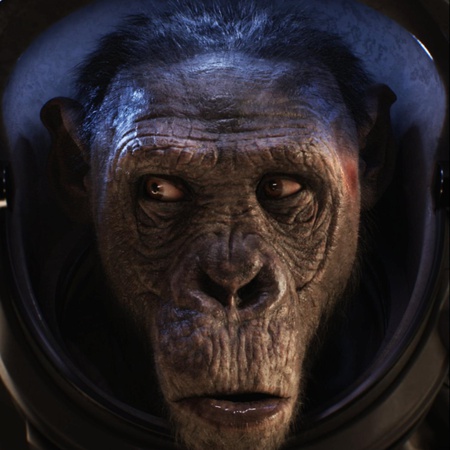 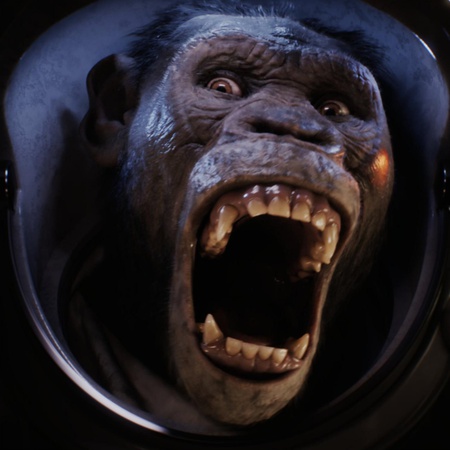 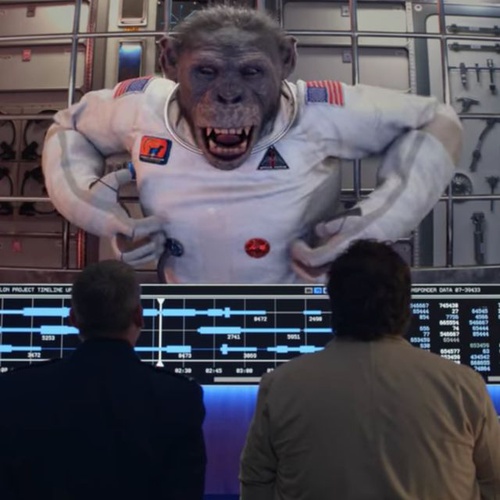 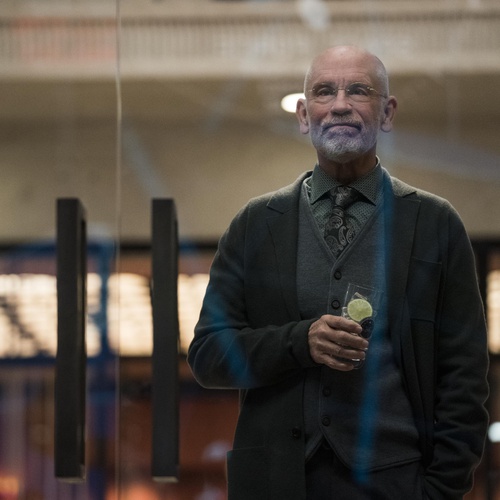