“Lost in Space” with Jabbar Raisani and Terron Pratt

Getting Lost in Space for a second season are Visual Effects Supervisor Jabbar Raisani and Visual Effects Producer Terron Pratt; the duo received a Primetime Emmy Award nomination for their first collaboration on the Netflix series that follows the trials and tribulations of the Robinson family as they seek a new homeland in outer space.

The Jupiter 2 spacecraft gets converted into a sailing vessel which was familiar territory for Pratt. “Thankfully, I have a lot of experience with water and Important Looking Pirates which did a tone of work for us in Black Sails as well as Digital Domain. We immediately looked to them to do our storm in Lost in Space.” The big lesson that Raisani learned from his experience on Game of Thrones is that anything is possible. “We embraced that on Lost in Space and never tell the writers ‘no’ to any one idea. If they have 10 ideas in one episode we might say ‘no’.”

Some of the assets such as the Robot could be leveraged from the first season. “We had to change his color scheme to be SAR [Second Alien Robot], Scarecrow and there was an additional build for when the Scarecrow is cut in half,” explains Raisani. “The Jupiter 2 could be reused. The model of the Resolute was revamped as the camera got much closer to it; there was a lot of additional work to prepare the ship to be completely destroyed in episode 210.” A combination of procedural and keyframe animation were utilized. “When we have a crowd going down the hallway and into that big room with all of the killbots, we would procedurally animate the robots and take a handful of the key ones and hand animate those.” 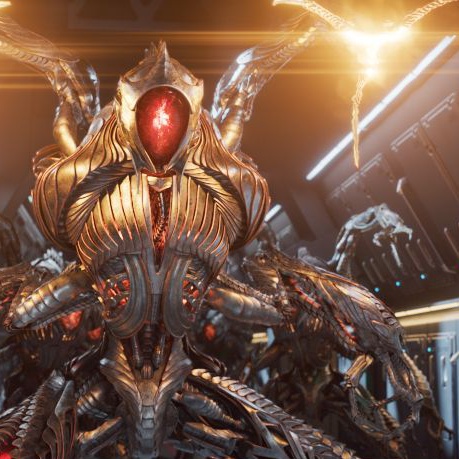 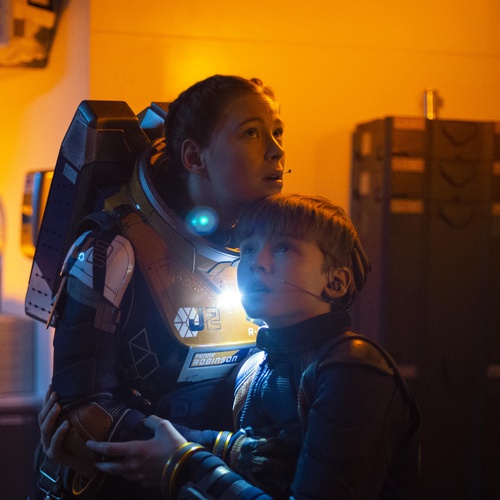 As the season progresses preproduction time diminishes. “With episode 201 we had a lot of lead time to R&D the water simulations and prepare certain assets like the Jupiter 2 for sailing and build out that form,” remarks Pratt. “Episode 210 did not have as much lead time. We knew based on conservations that there was going to be a robot fight and the Resolute was going to be destroyed. As a result, we immediately went to work on those and reached out to ILP. While they were building the asset we told them that it is going to look amazing all season and then it is going to be blown-up. Episode 10 is always a scramble because it’s going to be last for all of the departments to weigh in on especially editorial. We are also spending time trying to fill out that episode with the previs and postvis that are necessary to create that edit.” 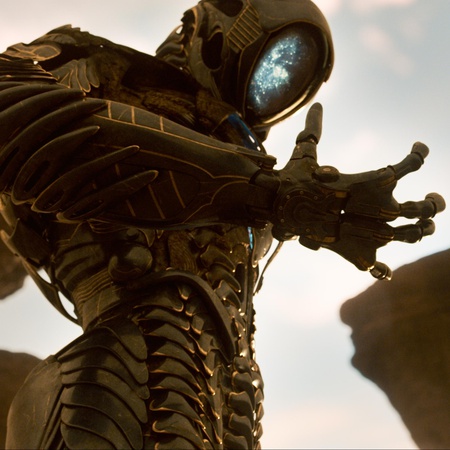 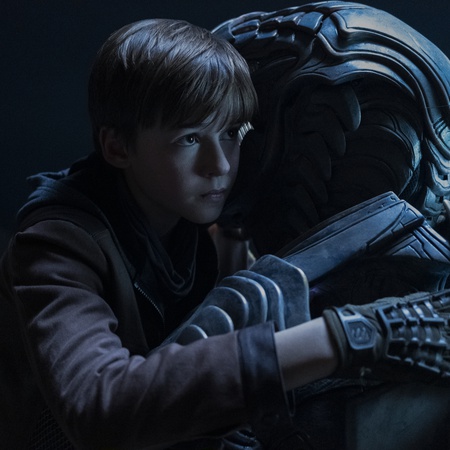 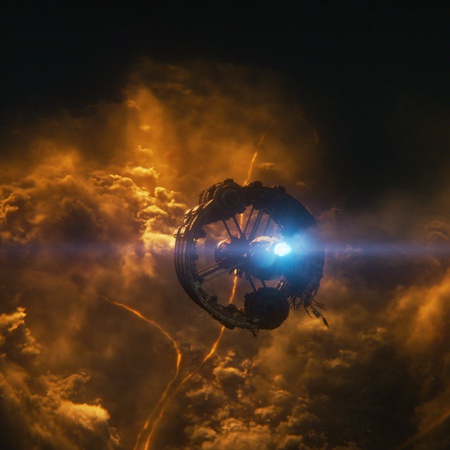 Principal photography commenced in September 2018 and finished in February 2019, while the final episode was delivered in the beginning of October 2019 with Netflix releasing the series on December 24, 2019. “There are 500 fewer visual effects shots in Season 1,” reveals Pratt. “We did 2750 in Season 1 and 2250 in Season 2; however, the complexity level was greatly increased. Episodes 201, 202, 209 and 210 were heavy. Two specifically because you’re around this waterfall so there is not a lot of opportunity to get away from set extensions and simulations. Our biggest one was Episode 209 when we’re in the Resolute Repair Unit pod because we’re doing so much flying. We either had greenscreen comps outside of the windows or were adding reflections of the actors. It was over 400 shots.”

Along with being a visual effects supervisor, Raisani directed Episode 208 and served as a second unit director for the series. “Fortunately, we have a good team that includes our additional visual effects supervisor Marion Spates. The onset supervisor for my episode was Jed Glassford. Everybody stepped up and did more. I was able to free up my mind and focus on directing. I had a great time. Going from second unit to directing an episode you’d think that it’s more of the same but it is a different animal. You have to think about what are the emotional arcs that you’re trying to hit. I’ve been writing and directing for 10 years so I come to visual effects from the story side of the industry. I’m always thinking about what is that for story even when it comes to visual effects. It furthers one side informing the other in terms of directing and writing influencing visual effects and vice versa.”

“Executive producers Zack Estrin, Matt Sazama and Burk Sharpless pitched us the first half of the season so we knew there was going to be a ton of water work combined with the actors on top of the Jupiter 2,” states Raisani. “Those were two things that we hadn’t done in Season 1. It was challenging all the way up until we delivered the episode. We put a lot of work into the planning and prep.” Roughly half of the upper deck of the Jupiter 2 was built. “It couldn’t be an exact representation of our CG asset because one thing that we found doing our techvis was the holes of the Jupiter 2 were too great for the actors or even stunt players to effectively to perform on. Then we had to figure out what was an angle that people can work on that is at least a correct visual representation of our Jupiter 2.”

One of the biggest challenges was dividing the work amongst the vendors. “Very quickly we identified the vendors for Episodes 201 and 202 but as you start to build out the rest of the season you try to schedule the work between vendors and create enough of a gap so they can fulfill their duties on earlier episodes,” explains Pratt. “You don’t know what the back half of the season is going to be except for the fact we are going to preserve ILP, Image Engine and Mackevision for Episode 210 which will be big.” 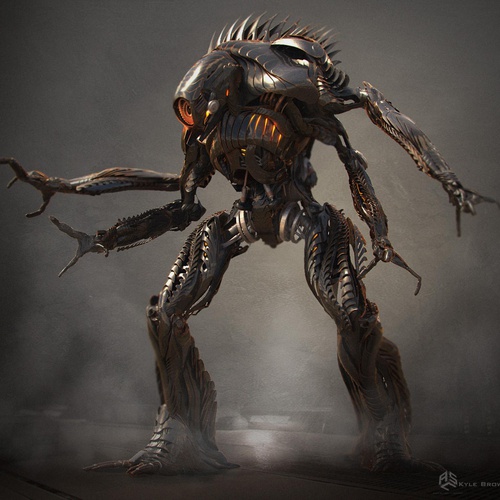 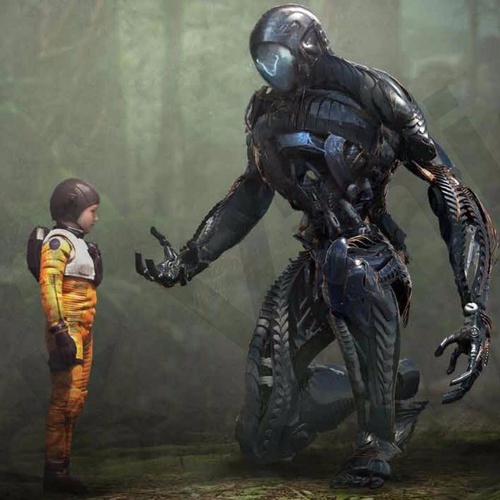 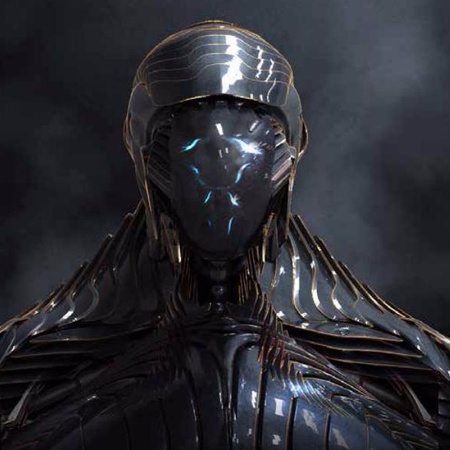 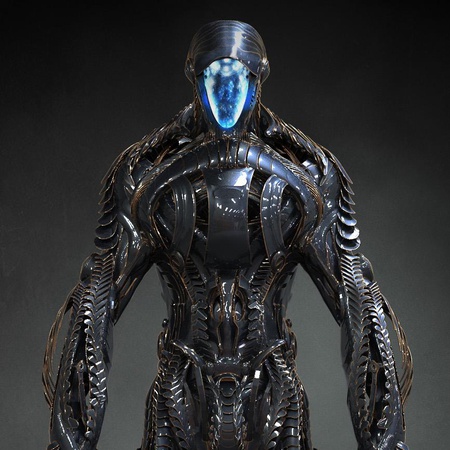 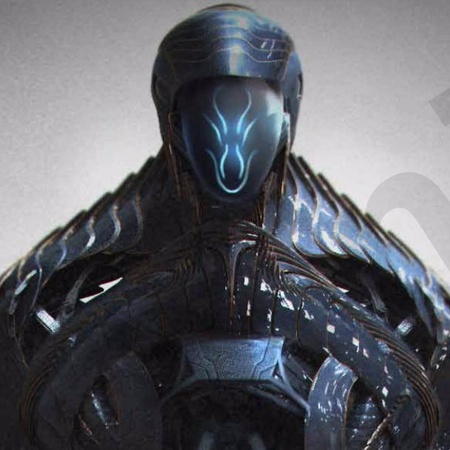 “Somewhere in that middle there is still a lot of work to be done. Mackevision was a late addition in Season 1 and in Season 2; we leaned much heavier on them as well as ILP. Episode 202 was 95-percent ILP. Image Engine also did a significant amount of work on this season. From Season 1 to 2, we lost a few vendors. We were too vendor heavy on Season 1 and it was difficult to manage.”

Some workflow and hardware modifications were made. “The thing that we refined from Season 1 to 2 was the color pipeline and made sure that we were rock solid from production all the way through delivery to DI,” remarks Raisani. “On the vendor side they definitely had to ramp up. In Episode 202, the waterfall simulation that ILP created was a petabyte of data when it was fully completed.”

Lost in Space has an in-house previs team. “Dirk Valk was our animation supervisor in Season 1 and got bumped up to animation and previs; he built an internal team at its largest was five artists. They worked from preproduction to two months before final delivery doing the previs, techvis, and postvis. It’s a vital component of our process and is one of the ways we’re able to pull off such complex visual effects sequences. We have a good plan and a real understanding of what is supposed to be filmed rather than winging it on the day.” 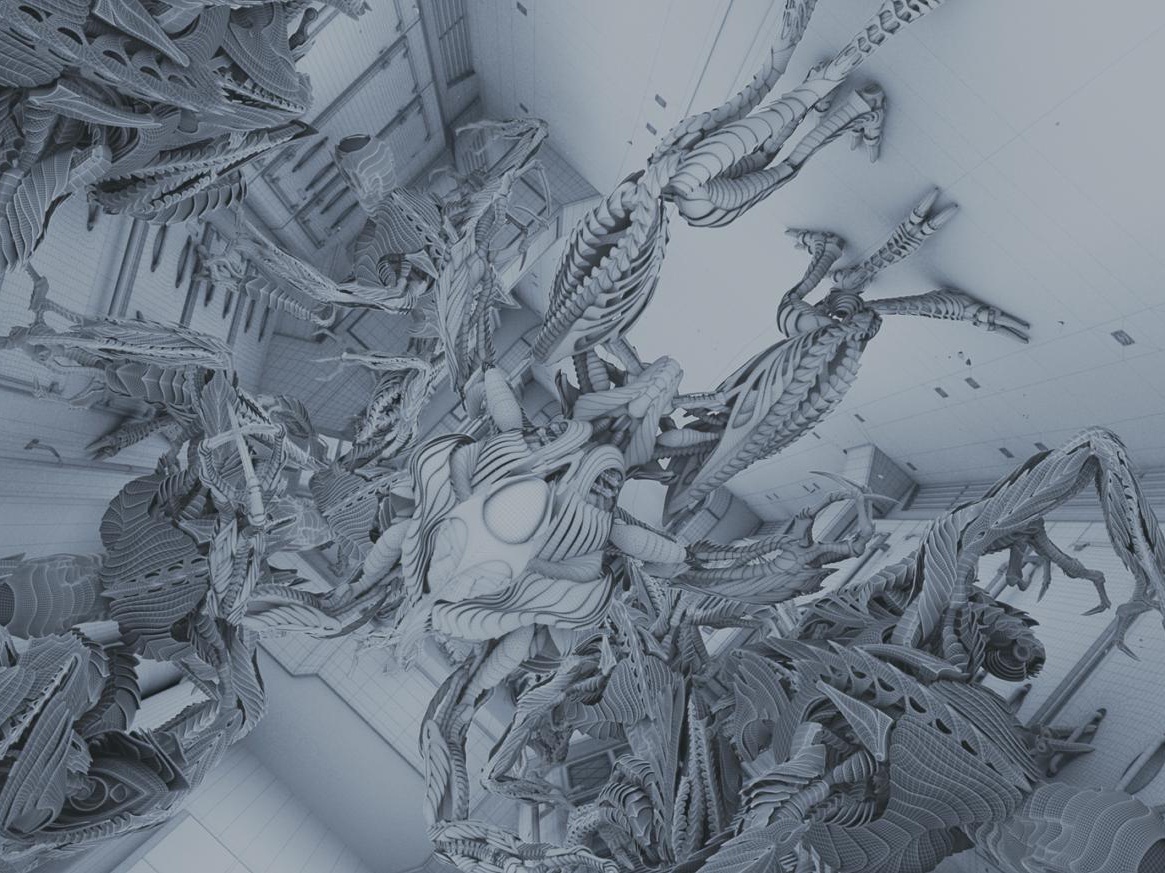 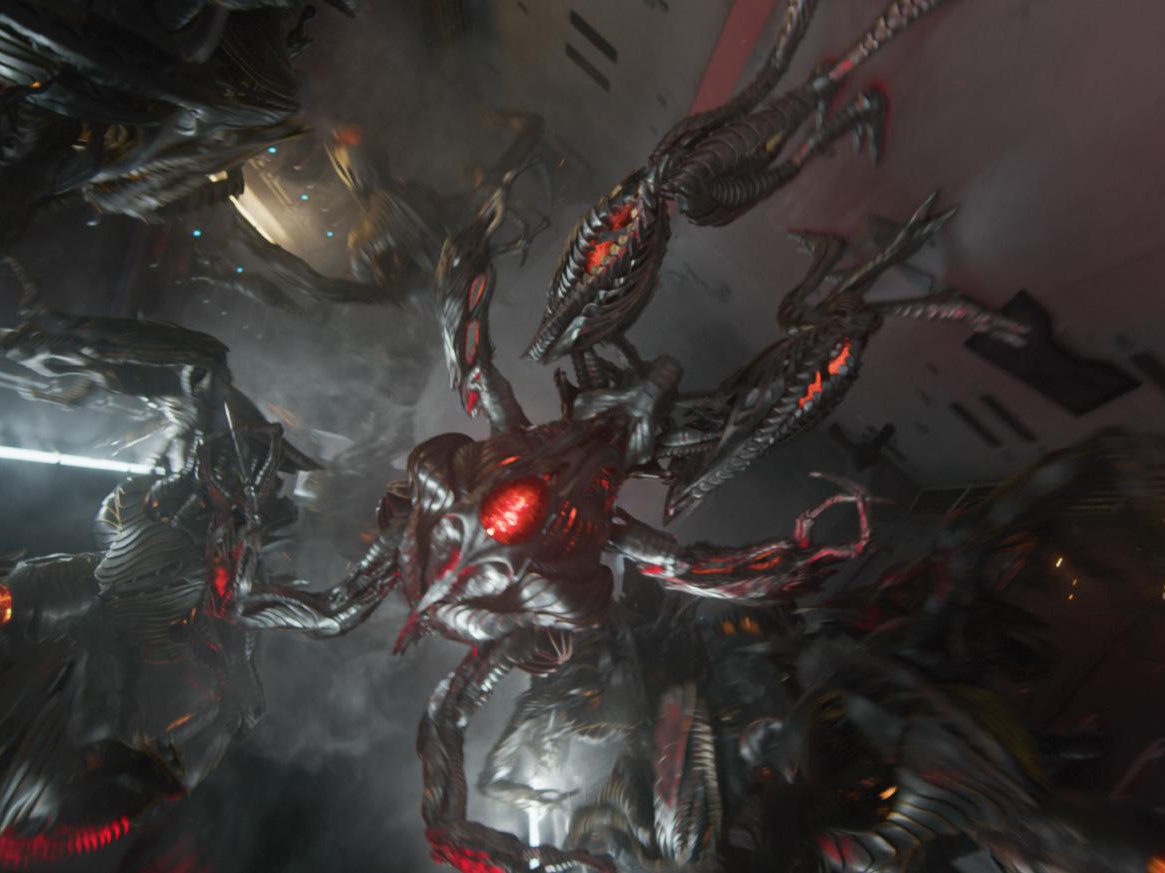 Establishing the visual language in Season 1 meant that Season 2 was better prepared in understanding and executing the movements of the robots and spacecrafts. “The thing that was difficult with spaceships this season is that there are a lot more of them flying with the Resolute being added to the things that we needed to be concerned about,” states Raisani. “The scale of Jupiter 2 versus Resolute is difficult to convey in a way that feels realistic.” Nothing remains static. “Part of the fun of Lost in Space is that we’re constantly reinventing and inventing. It keeps the show interesting. One of our goals is to always be introducing new environments and creatures. While we get some ease of reuse for our hero robot, SAR and the Jupiter 2, we lose that going from planet to planet and introducing the predators on the amber planet.”

Approximately, 40-percent of Season 2 was shot on location in Iceland, Calgary, and Vancouver. “On Season 1 it took a lot of time to figure out what our balance was between being alien and familiar,” notes Raisani. “We start with things that are real and create no more than 20-percent as a general rule to come up with what the alien version may be. Of course, we have to go outside of the balance for the gas planet and the space whale. When we’re in terrestrial spaces we try to treat it like Earth but different. We referenced dinosaurs for the amber planet creature known as the Vivs. For the space whale, we treated the gas as a different fluid and had it mimic creatures that live in water. We think based on the creature’s environment how it would have adapted to live with this world.” 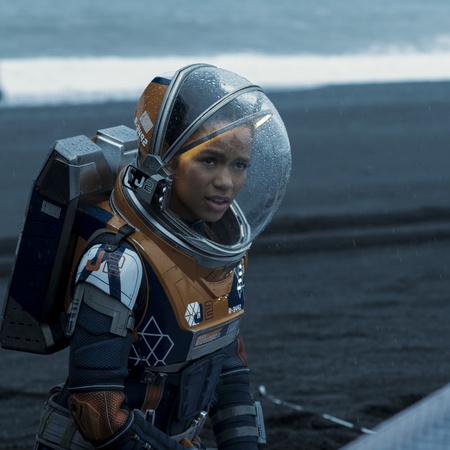 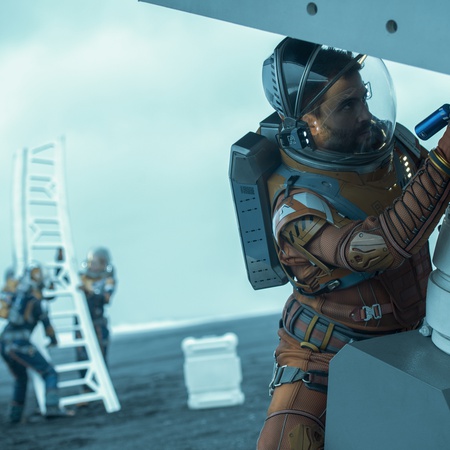 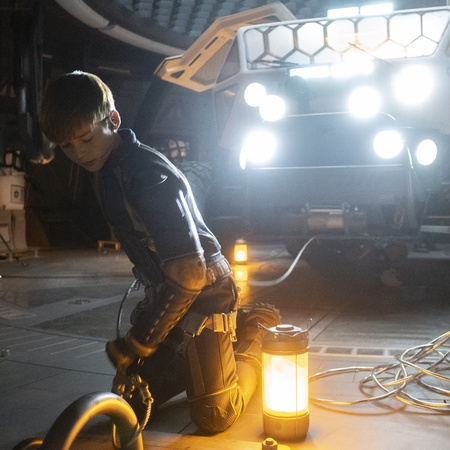 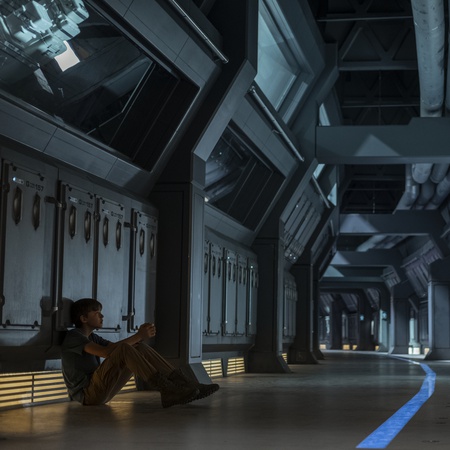 “We use greenscreen as much as possible but in certain situations it’s not an applicable solution,” explains Raisani. “When we’re outdoors and the screen would need to be exorbitantly large or perhaps windy and would be dangerous, we have to go with roto.”

A lot of back and forth occurs with the stunt and special effects departments. “We’re always evaluating who should handle what effect and why. Actors going into water is expensive for us in visual effects, especially if we need to see their faces. Special effects built an actual water tank for Episode 202 when Penny Robinson [Mina Sundwall] and Maureen Robinson [Molly Parker] fall into the water at the top of the waterfall. In previs, we spec out the size of what would be necessary to get the coverage that was needed for the scene. Part of it for stunts are safety concerns and what is the most effective way to get the best image in camera.” 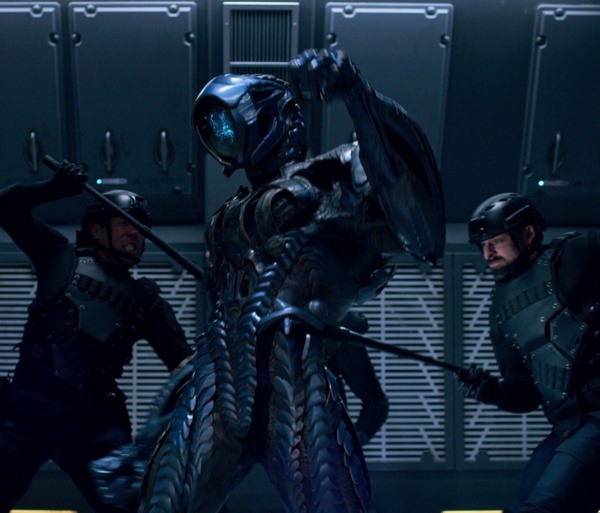 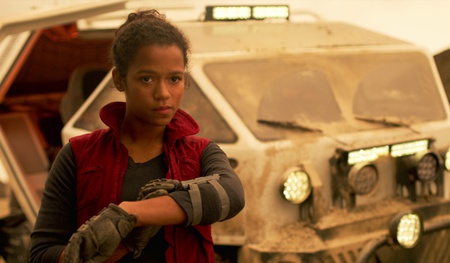 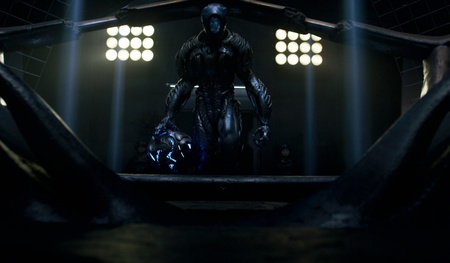 Full CG assets have been created of the characters in their spacesuits. “We do digital doubles less when the actors are not in their spacesuits because there is a higher level of complexity in doing the work,” remarks Raisani. “In Episode 205, when Judy is running from the Vivs, Image Engine did some face replacements to put our actress onto the stuntwoman.” Heavy water, fire, smoke, and destruction simulations had to be produced for Episodes 202 and 210. In Episodes 208 and 209, we have the cloud simulations for the gas planet created by ILP and El Ranchito.”

The biggest challenge was the volume and complexity of the visual effects. For me it’s going through understanding and determining which things we are going to have to be cut out of the script in order to make the season,” notes Pratt. “We’re limited by time and budget. Where possible we had to trim out some of the visual effects in the middle episodes to preserve some money for the robot fight in Episode 210. My favorite thing outside of the robot fight is Episode 201 because of the wide variance work and the ability to have multiple vendors do seamless integration of their work. Machevision started on the beach and the Jupiter 2 goes off into the water and sail. Digital Domain does the storm and ILP takes us to the waterfall.” Raisani adds, “Robot fighting is always close to my heart so anytime we can get to do that in a compelling way I get excited!” 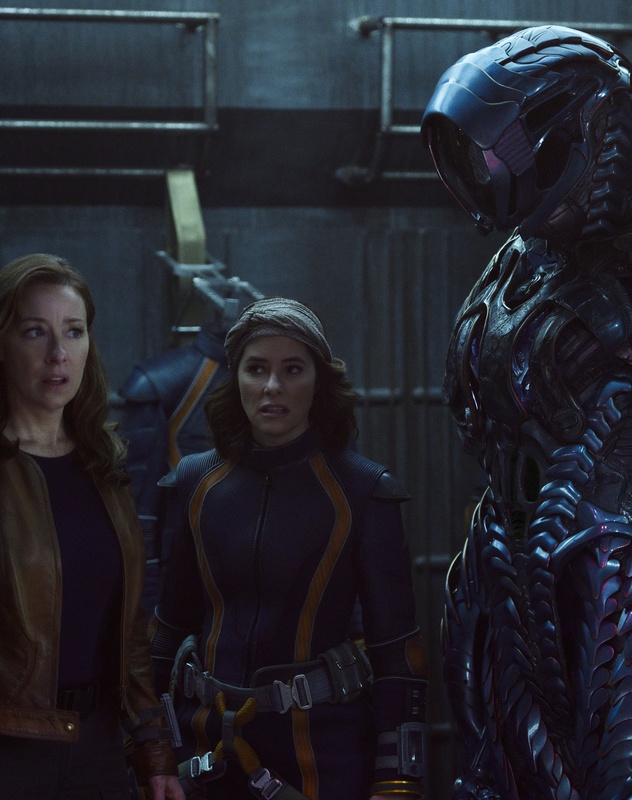 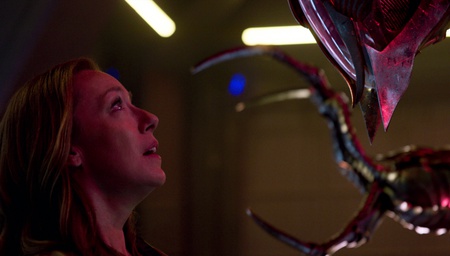 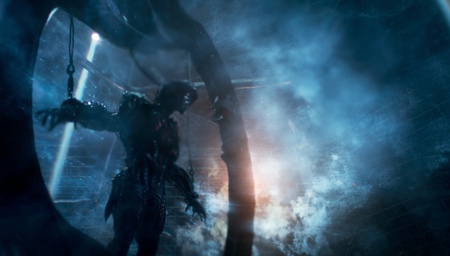 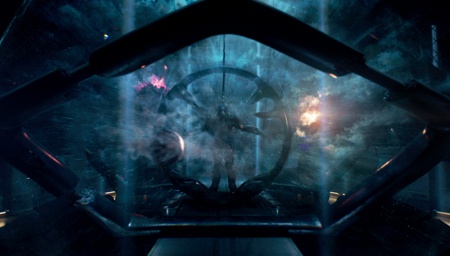