An army of creatives were brought together by filmmaker Denis Villeneuve to fulfill his teenage ambition of adapting Frank Herbert’s “Dune” for the big screen. We caught up with Production Designer Patrice Vermette, Visual Effects Supervisor Paul Lambert, Cinematographer Greig Fraser, and Editor Joe Walker, to talk about Villeneuve’s vision…

With the exception of Blade Runner 2049, production designer Patrice Vermette has done the world building on the English language of productions of Denis Villeneuve.

“On this particular project Denis had dreamed about making Dune as far back as when he first read it. His brother told me a couple of months ago that his father actually found in the drawer of his desk a folder that had storyboards that Denis had made when he was probably 15 years old. Denis had some specific ideas about the movie because it’s his vision. But then he shared that vision with me, Sam Hudecki (storyboard artist/concept designer) and Deak Ferrand (art director at Rodeo FX.)” 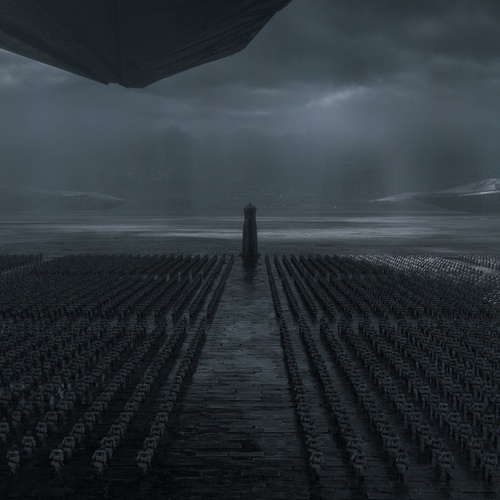 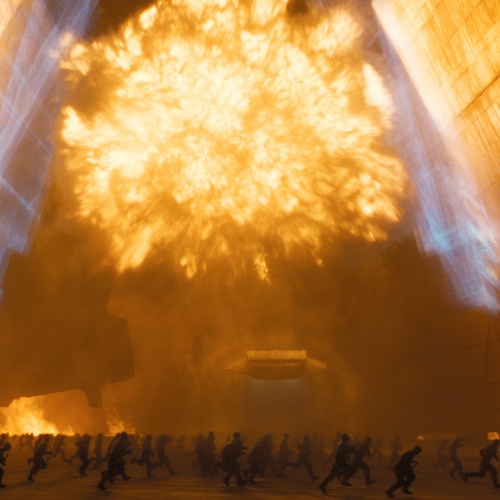 “I started collecting images like I do on any other movies,” continues Vermette. “Ziggurat architecture to Brutalist architecture from the Eastern Block and Brazil. Images of sea creatures, animals, and insects. Denis will say, ‘I like this. That not at all.’ Then I created these mood boards. When we looked at each other and went, ‘Let’s start building this world’ – that’s when we closed the books and I started drawing with my concept artists.”

From inspiration to concept

“It was an ongoing discussion with Denis for seven months. Then we started preproduction and had fun. It is a book that as we know was considered to be unadaptable in cinema. A big part of the challenge was to stay away from the movie that had a huge influence on filmmaking in science fiction, and was significantly influenced by Frank Herbert’s Dune, which is Star Wars. It was like, ‘That was stole from Frank Herbert but we can’t go there!’ We were striving to have a unique visual identity to the world but at the same time respecting the clues that Frank Herbert was giving in his book.”

Not everything was conceptualized as 2D sketches. “We all work using models whether it be Blender, SketchUp, Rhinoceros 3D, or Cinema 4D,” explains Vermette. “We drew beyond what was going to be physically built. We draw the city and put it in context. I asked Paul Lambert, ‘What do you need me to build for you to be able to extend the vision?’ He said, ‘Build me as much as you can.’ I love that!’ It has always been important for Denis to have immersive environments and sets for the crew and mostly for the actors. With that in mind we had to create big sets.” 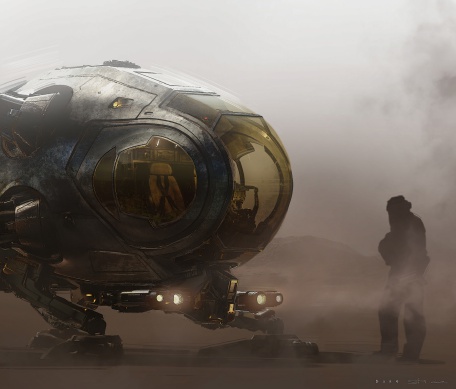 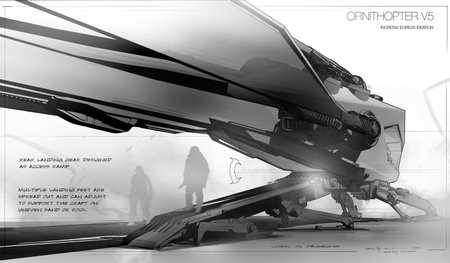 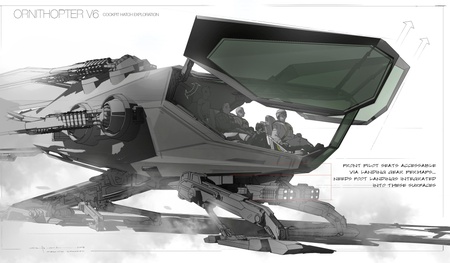 A certain color palette was adopted for the desert planet of Arrakis. “Most of the time the set was a sand color. That was for a couple of reasons. It was to make sure that the light would respect and reflect what we had in the concept art. The light quality inside of those spaces would not be polluted by bluescreen or greenscreen. It would just bounce with the right hue and color.” 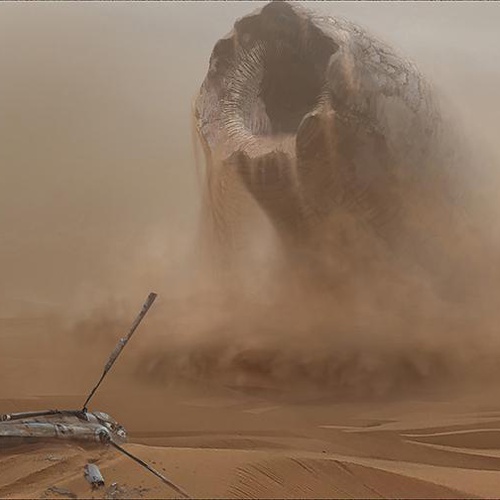 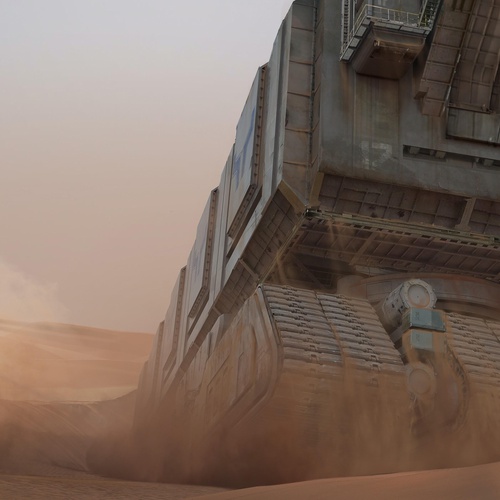 A significant amount of the visual effects work for DNEG, WylieCo, and Rodeo FX was to get the right environmental interaction for 1700 shots, in particular for the ones featuring the massive sandworms responsible for creating a rare spice that can enhance one’s cognitive abilities. As soon as I joined the project in October 2018, I started some sand simulations because I knew that it wasn’t just about the sandworm, but the displacement of the dunes as it comes toward you.” 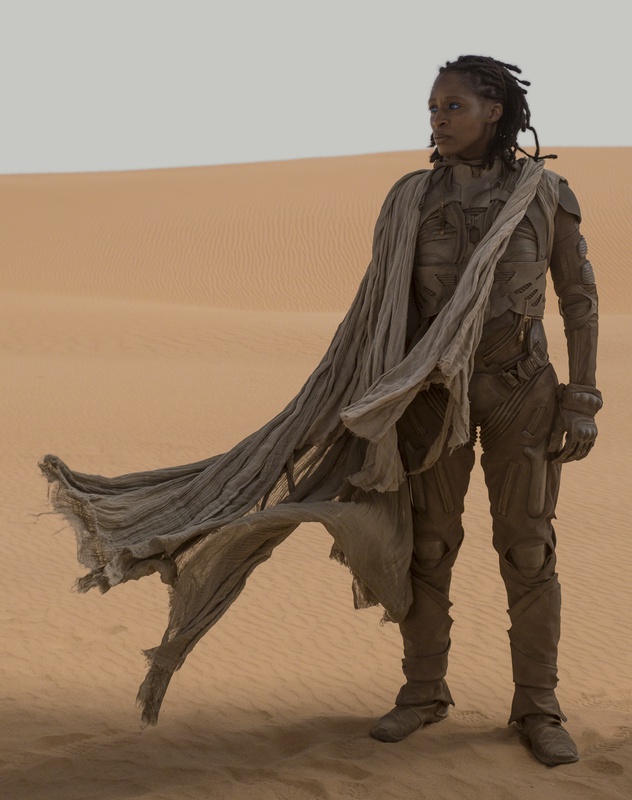 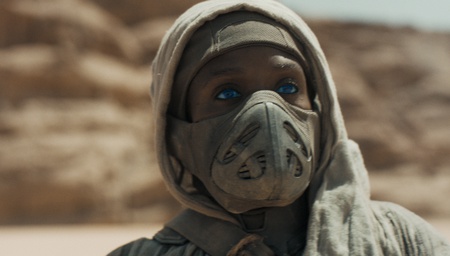 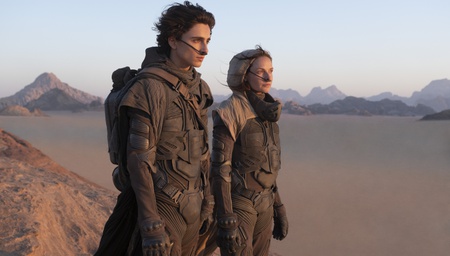 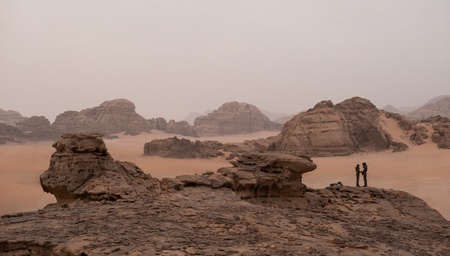 As for the iconic sandworm, inspiration came from Baleen whales which have a filter-feeding system inside their mouths which is used to capture krill. “There were all of these correlations with water for the worm on this deeply arid planet, as well as how it displaces the world around it. If you could imagine some solid scales with a soft membrane in-between that allows you to give the worm an accordion effect. As it turns or dives you get a sense of a movement.”

To ensure protection from projectiles and fast-moving weapons, Paul Atreides (Timothée Chalamet) was trained by Gurney Halleck (Josh Brolin) on how to use the Holtzman shield. “The shield was something that we developed onset,” explains Lambert. “We wanted something organic. I had my artists do some tests using past and future frames and blended them together. I was quite specific about how we would try to paint back some of the original image by hand. I didn’t want it to be something procedural. I wanted it to have artists’ involvement.”

“Where you wanted to augment some of the light you could paint that in. The idea of the colors came later because what we found was sometimes when Paul and Gurney were fighting it became chaotic and you couldn’t quite see what was going on. That’s where we came up with the idea for blue for when the actual hit on the shield was too fast, and red for when it was slow enough to actually penetrate it. That gave a good visual for what exactly was happening. One of the tests that we did was a fight scene in Seven Samurai which is a favorite film of Denis. We did the effect and he loved it immediately.” 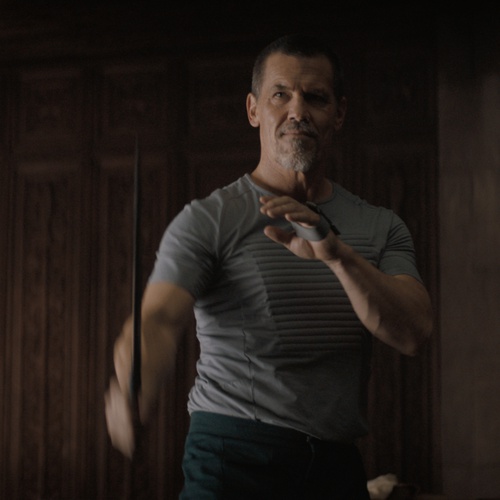 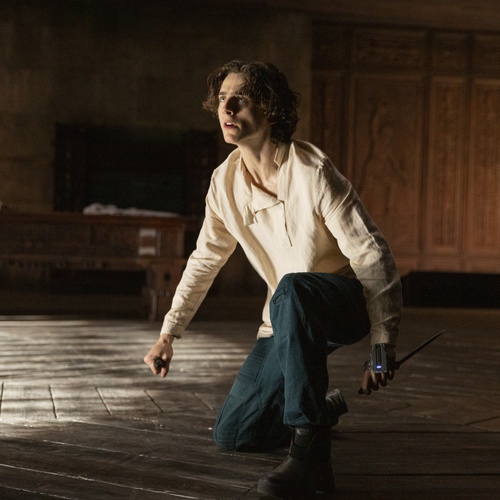 BGI Supplies in the UK actually built a series of dragonfly-inspired ornithopters that were so big and heavy that they had to be transported to Jordan and Budapest on Russian Antonov cargo planes. “There is always a discussion on how do you do the flying scenes,” notes cinematographer Greig Fraser. “Is it in the open air above a desert? Do we do it onstage? Do we build a big tent soft box and put it in there? Do we build in the backlot?’ Neither of those were right because the backlot means that we would have to have screens

“The walls will be higher than they should be because if you’re 10,000 feet above the planet, if you look straight out there’s a horizon and down a bit is the ground. The horizon is at zero and the ground is at minus five. We needed to find the best possible place where we could get the most amount of vista around us and low because otherwise, if we have screens up here, the light isn’t behaving correctly. Paul was supportive of the idea.” 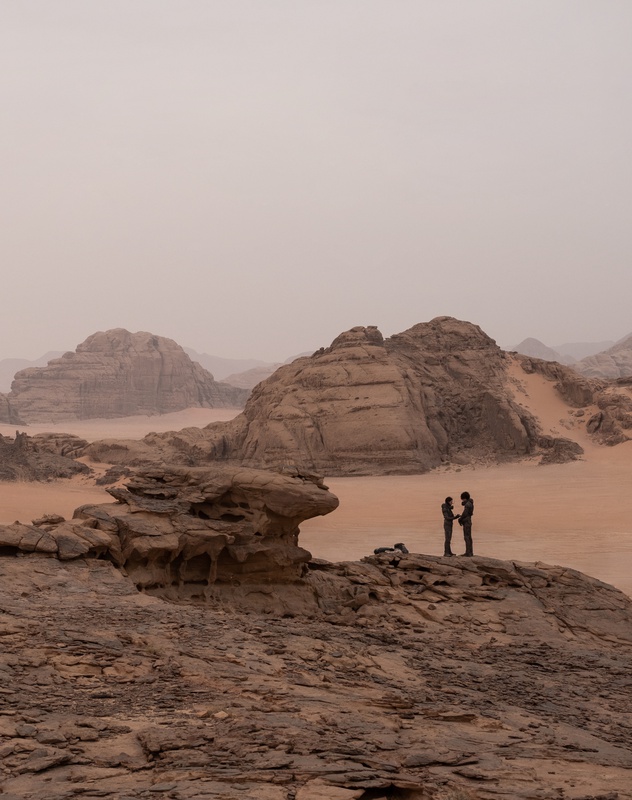 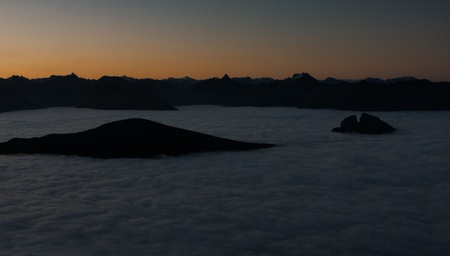 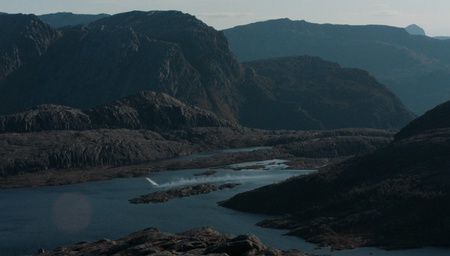 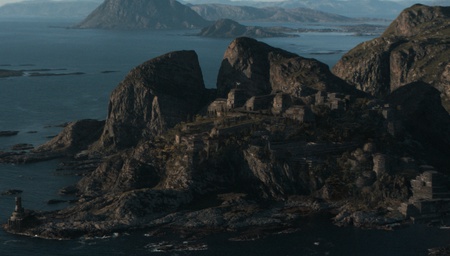 “I wanted to put the ornithopter on the rooftop of the studio but no studio was built for that. We found an old Soviet bunker that was on top of a hill in Budapest, parked the ornithopter on top of it, and reinforced the bunker underneath. We built what was like an inverted dog collar, and that was sand screen, so when you looked out if you blurred your eyes, you wouldn’t see the green grass of the Hungarian fields. You would see sand. If you woke up suddenly, you’d be like, ‘We’re in the desert.’ Or somewhere above the horizon. It was very effective.” 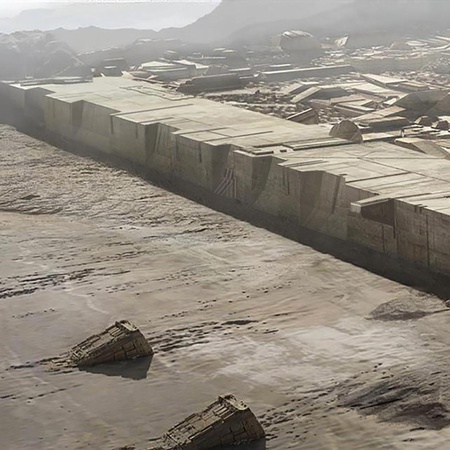 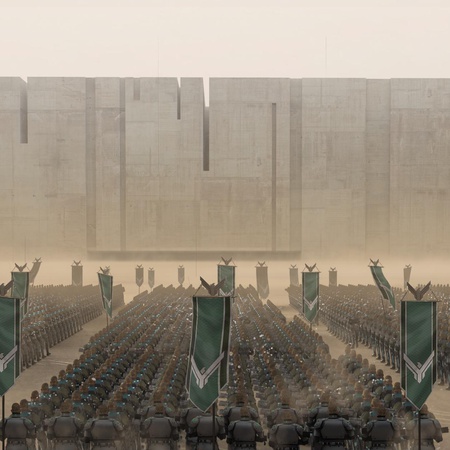 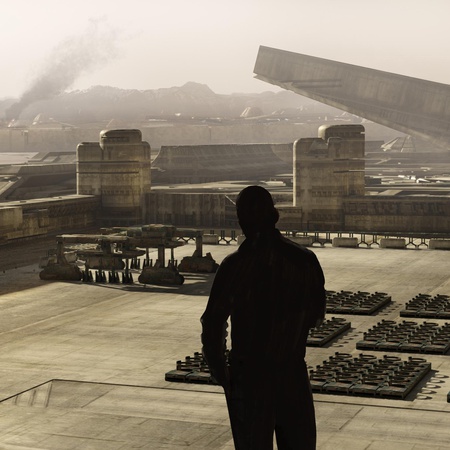 Villeneuve tends to shoot with a single camera. “That does limit the number of dailies that I would have,” remarks Editor Joe Walker, who has grown accustomed to the filmmaking style of the French-Canadian director ever since cutting Sicario. “In terms of coverage, Denis has absolutely what he needs plus a little bit more; that’s because he’s prepped extremely well with storyboards. Sometimes Greig and Denis would go back the next day and do one shot again because they had an idea overnight that might be better.”

“There was a fair amount of revision in the process. By the end when Greig and Denis were in the UAE, they were filming extremely economically because there was so little time to shoot. It was so hot in the desert. Everybody would melt after a certain time in the morning. That was a tiny 1:5 ratio. The clapper board would come in and get out quickly. It was beautiful. The crew was small because it was so expensive to shoot there. It was much more guerilla-style shooting.” 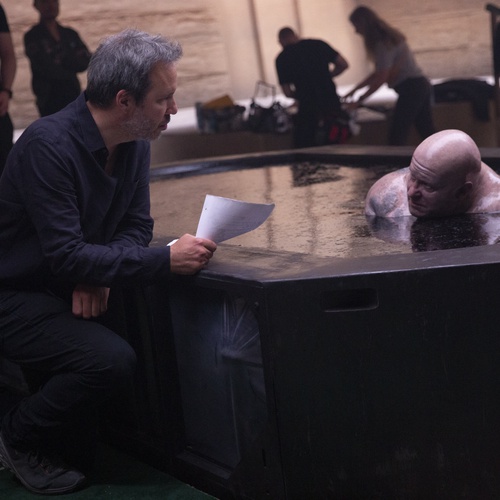 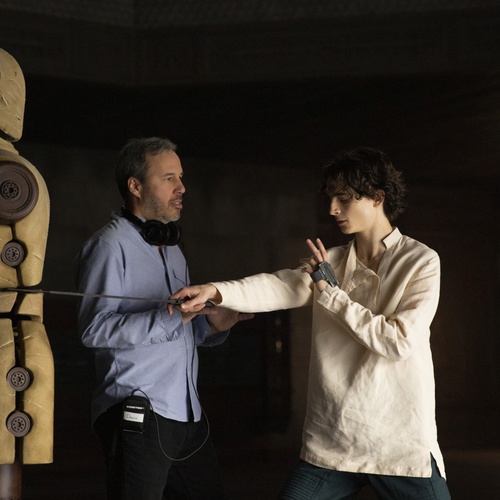 “The UAE is where they went for the dunes and Jordan is the material with sand but with rock formations. Often one scene would have bits and pieces of both. It’s hard to pick them apart. They’re all beautifully blended together by visual effects. United Arab Emirates is typically the scene with Dr. Liet Kynes (Sharon Duncan-Brewster) putting down a thumper and waiting for a worm. In one shot she leaves Jordan and arrives in UAE as she puts out the thumper. It is clever location film trickery.” 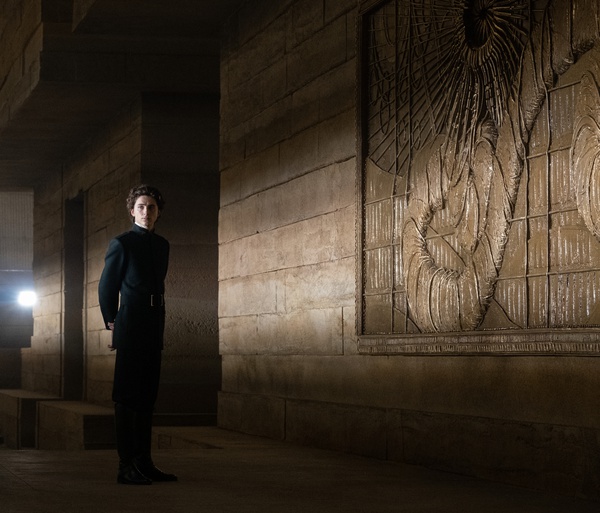 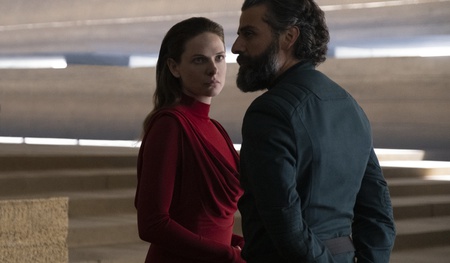 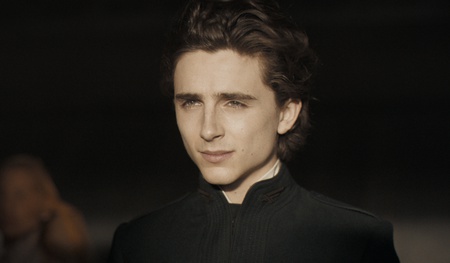