If making your life easier in Blender is the goal, than look no further than our updated list of addons, from speeding up your workflow to improving your modeling and retopology…

Back in 2019 I gave you 10 incredible plugins that would change the way you worked in Blender. These are still right up there in my list of must have addons but, believe it or not, there are others that are worth taking a look at. In reality, there are a lot more, but this time round we’re going to put before you 7 more kick-ass plugins that will make your life easier. Some of these have been around for a while but that goes to show how tried and tested they are. Let’s head on in.

This plugin is a set of tools specifically devoted to modeling and retopology. Blender obviously already contains a set of modeling and retopology tools but as with anything they can always be taken further and improved upon. That’s what Mifth has done with this plugin. In essence, they’ve made the tools not only better but also faster – making your life easier and tasks you carry out quicker. MiraTools was originally developed by Mifth but has been ported over to Blender 2.8 by Jose Conseco. This latest addition includes more retopology tools as well as improvements to existing tools. It also lets you change or remove bevels in a mesh. 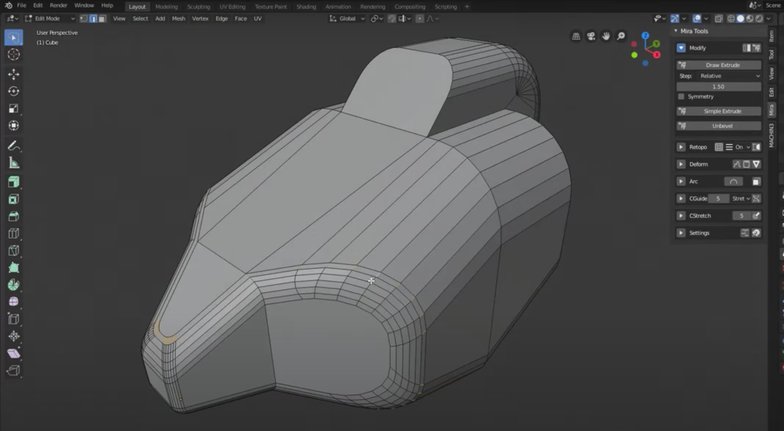 Who doesn’t love a plugin that speeds up workflow?! That’s exactly Pablo Vazquez’s goal in creating this plugin. Over time he has collated a wide range of tools and processes together that enable him to work faster – and he’s shared it with the Blender community. The plugin includes tools for rendering, the node editor, the 3D view and animation to name only a few. Adopting this type of plugin into your own workflows will take time due to the nature of it but it will be well and truly worth it once you’ve got your head into it. 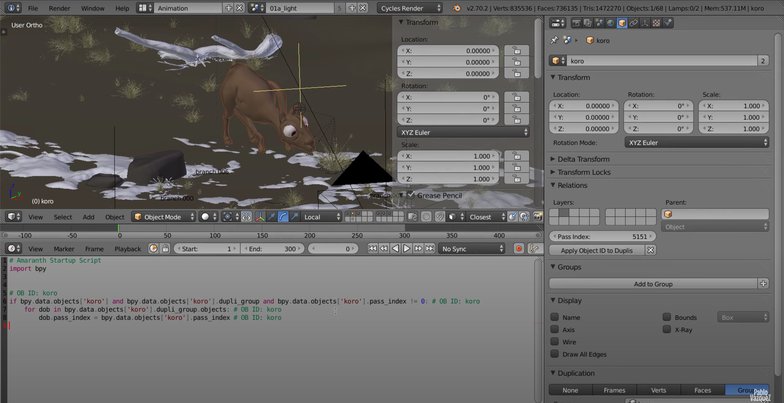 When using Blender for even the shortest amount of time you’ll come to realize that when you’re working with Blender primitives there is the limitation of not being able to edit the primitive’s properties once you’ve started working with the mesh. Wonder Mesh overcomes this by enabling users to move, rotate, and scale primitive properties at any time. This is therefore a non-destructive tool that gives you more flexibility with primitives. Please note though that these parameters are not editable if you make any edits in edit mode.

If you want to turn Blender into more of a sculpting tool then you’ll need to get a hold of one of the specialist sculpting plugins. One of the best ones is Speed Sculpt. With it you can create characters quickly and easily. You can also carry out Dyntopo Sculpting with a range of tools including decimate, skin modifiers, and Booleans. At time of writing this plugin had received a whole new update including a new user interface, an asset library, and a variety of new draw tools.

This plugin is perfect for creating non-destructive generative content. It also contains structured generators enabling the creation of modular structures from pre-made parts. It also lets you take hold of blender Styles to easily apply geometric styles to your models. As you’d expect, these are quite stylized but can create some really nice output. At time of writing this plugin was at version 8 and including a whole load of new templates including a space station, weapons, cities, and mechanical templates. It’s always nice to see a plugin receive regular updates and that’s exactly what Curtis has done with this add on.

If the concept of a ragdoll is new to you then let me explain. A ragdoll is basically a set of bones which are taken over by the force of physics. Most famously, ragdolls have been used in the real world to test the crash resistance capabilities of cars. In Blender you can quickly and easily create ragdolls using this plugin, and you can do it directly from either a mesh or a set of bones. These ragdolls can be copied and constraint limits set up easily.

This plugin lets you cut your meshes up right in the 3D view. Often with cutting tools the very act of cutting is destructive to the mesh and cannot be undone or revised beyond the standard undo tools. Box Cutter is different – it’s completely non-destructive and only destructive if you choose to apply your edits. You can carry out multiple types of cut including Cut, Slice, Inset, Join, Knife, Extract, and Make. One thing I like about this plugin is the attitude of the developers. They are active and involved. This is shown in the fact that they regularly test their tools not only on current versions of Blender but also on upcoming, yet to be released, versions too.

We hope you enjoyed this extra set of plugins for Blender! Don’t forget to check out the set of 10 previous ones and why not add any plugins that you love in the comments below. It’s always worth trying new plugins and keeping an eye on what’s out there that can make your life easier. And if it’s not out there why not do the whole 3D community a favor and create a plugin of your own!