10 rules of composition for visualizers

More often than not we only ever think of composition right at the end when we come to place our cameras in the scene then hit render. Sure, we might move a few objects around to make things look a little nicer, but what if we started thinking about composition from the very start of creating a scene? By doing this we not only make the placing of cameras much easier when it comes to it, but we also ensure that our object, light, and camera placement are going to link together in beautiful harmony.

The viewer's eye is going to rest on the natural focal point of your visualisation. Now if you’ve been clever and intentional about inserting a very clear focal point then you’ll ensure your viewer looks at exactly what you want them to without them even realising it. Make sure your visual has a clear focal point and alongside the other rules for composition you will give your viewer a really pleasing experience. The last thing you want is for the viewer to feel lost and unsure of where in the image they should be focusing. 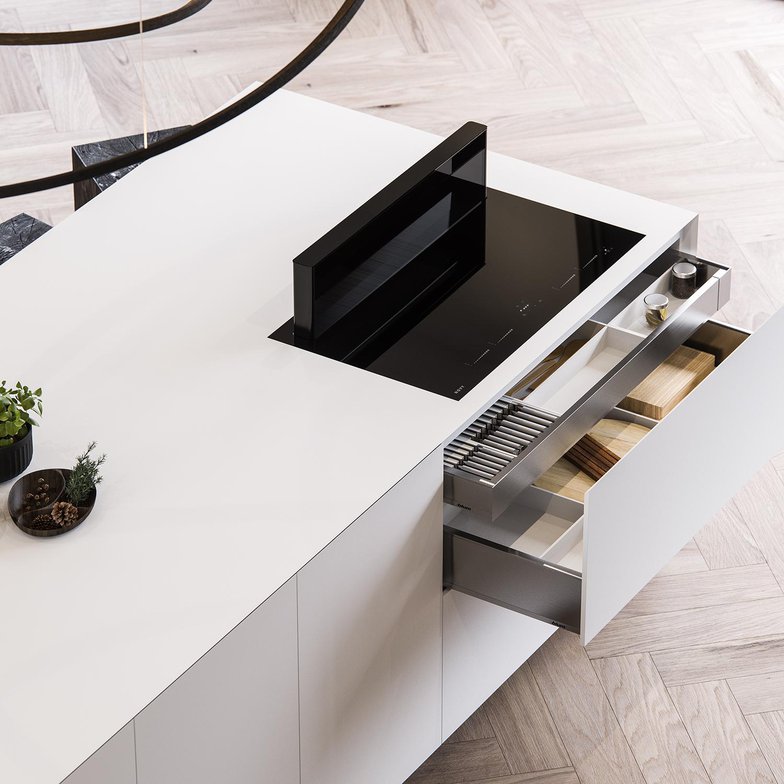 Having a clear focal point navigates the eye of your viewer to the place(s) in your image that you want them to go to. © Double Aye

Once you’ve got your focal point sorted and you’re happy with how things are shaping up you need to start thinking about the balance of everything else in your image. One of the best pieces of advice I’ve had to check the balance in your image is to squint your eyes and make a mental note of which objects or elements in your scene pop out to you. Are there other areas of interest that are popping alongside your focal point? If not then maybe you need to introduce some secondary elements alongside your focal point. 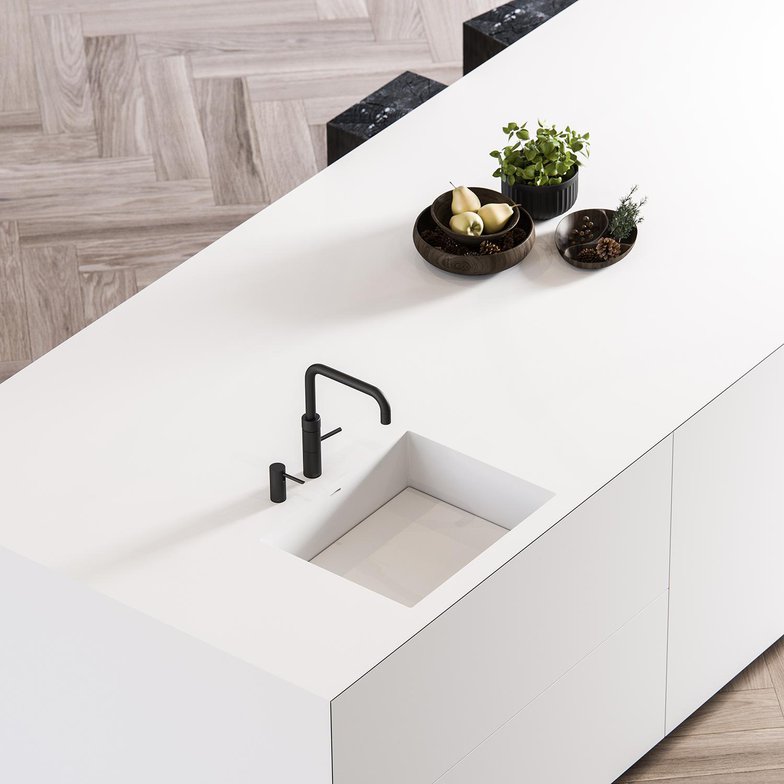 Balancing everything in your image together ensures that you don’t end up with an unbalanced and awkward composition. © Double Aye

Linked very closely to the first two is the idea of making sure that all of the parts of your composition belong together. All of your elements, both primary and secondary should sit together in beautiful harmony. Sometimes the only way to know if you’ve nailed it is to see if you’ve got anything out of place or if anything looks awkward. If it all looks pleasing to the eye and not jarring in any way then you know you’re onto a winner. You can bring unity by introducing similar colors, shapes, and themes. This is especially true in architectural visualization where viewers are expecting to see beautiful designed interiors. 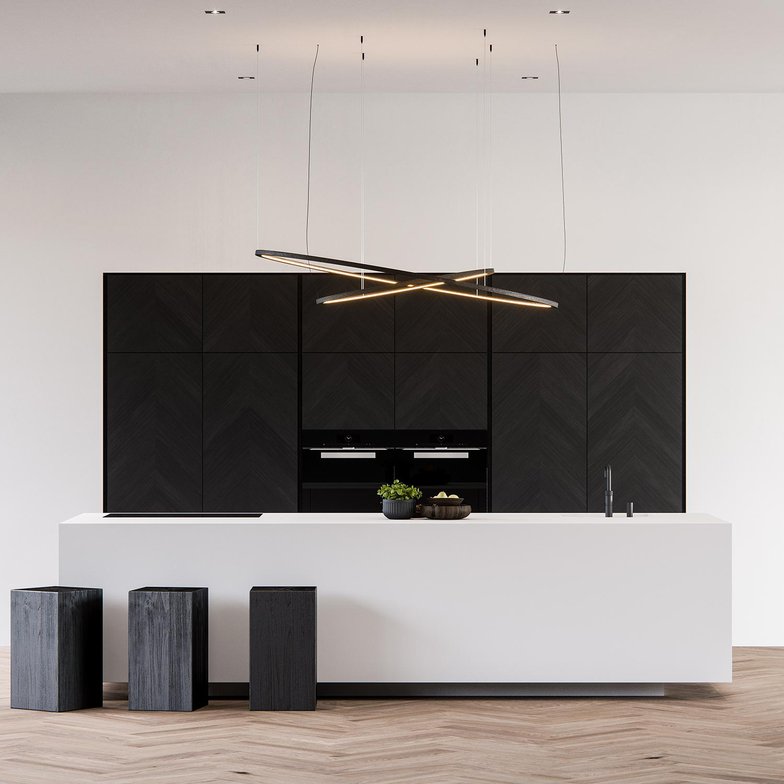 Make everything in your images sit in beautiful harmony with one another. © Double Aye

The rule of thirds

I don’t think any rules of composition would be complete without at least mentioning the rule of thirds! I almost feel like I shouldn’t have to mention it because it has so often appeared in these types of lists. The rule is well established within the art and photography world and introduces tension, balance and interest to your image. To follow this rule simply split your image into a 3x3 grid, and try to line up your key areas of interest along the grid lines. 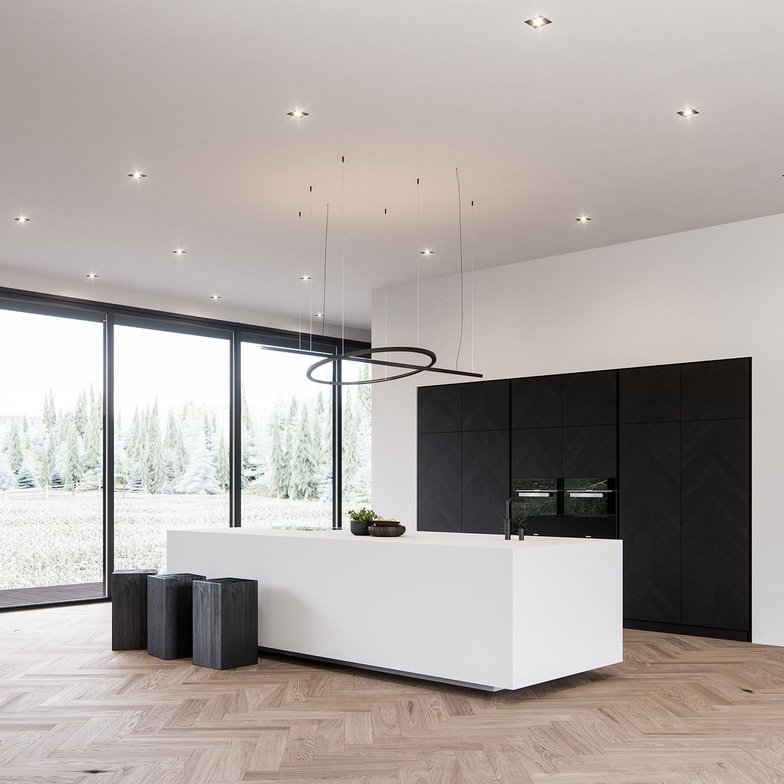 Use this rule to keep key elements in your image along the 3x3 grid lines. © Double Aye

Alongside the rule of thirds is the beautifully named “rule of odds.” This rule outlines that an odd number of objects in your image is visually more appealing than an even number. This is not always possible, especially if you’re working to architects plans but if you’re creating something for yourself then this is a great rule to follow. As is the case for all of these rules though once you know how this rule works feel free to break it to suit your purposes. 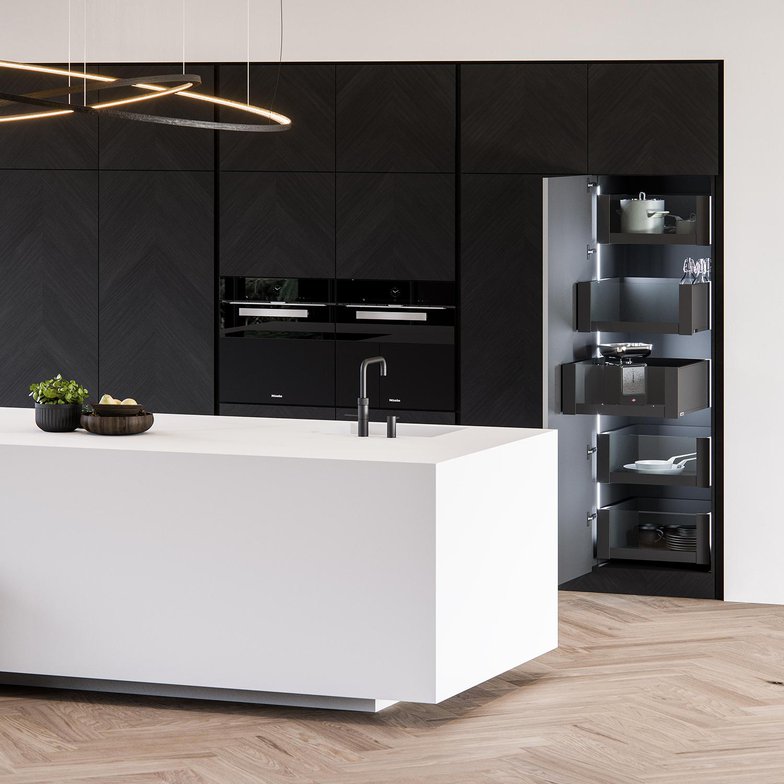 Make use of the fact that odd numbers of items are generally more appealing than even numbers. © Double Aye

So far we’ve focused more on the objects that are contained within the scene, but for a moment I want us to think about leaving space in your scene’s composition. Space is a really powerful tool in your arsenal for ensuring that your viewer focuses on what is important. It is also really useful for creating an illusion of movement in your image. This is done by leaving space in the direction the eyes of a person are looking for example. More about movement with the next rule. 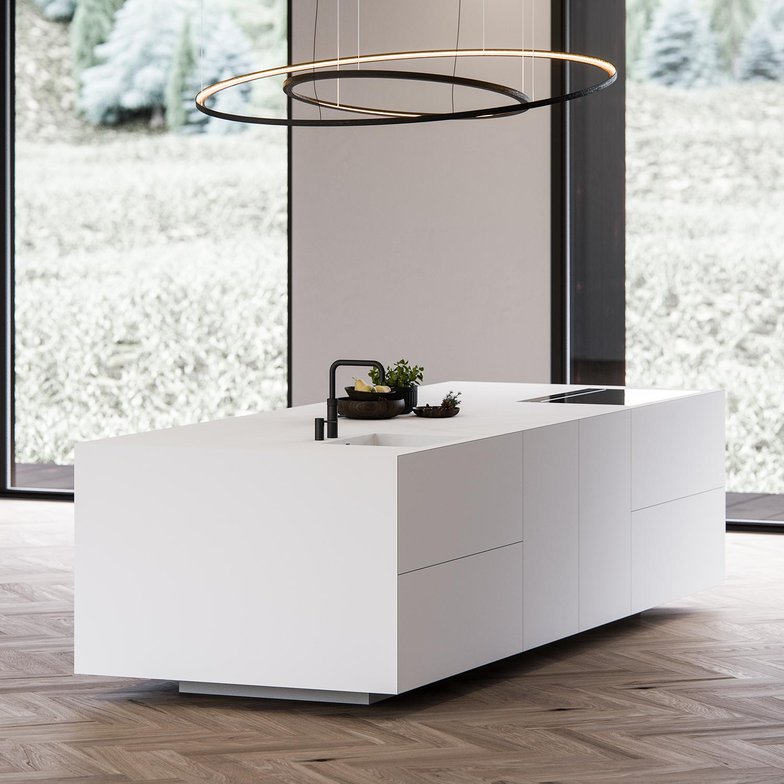 Don’t underestimate the power of negative space in your images. Think as much about what spare you’re leaving as you do about what you’re filling your images with. © Double Aye

As with most things there are a variety of different ways to do this. Creating movement within your image can be achieved through the positioning of your objects but one of the easiest ways is to do it with leading lines. The lines of other objects and object directions can be set up to lead the eye in the direction you want them to. For architectural visualizations this can easily be achieved with objects such as trees and paths to name only a couple. Don’t underestimate the power of a line. Our eyes will follow a line until it ends or meets another line. Make strong use of this rule. 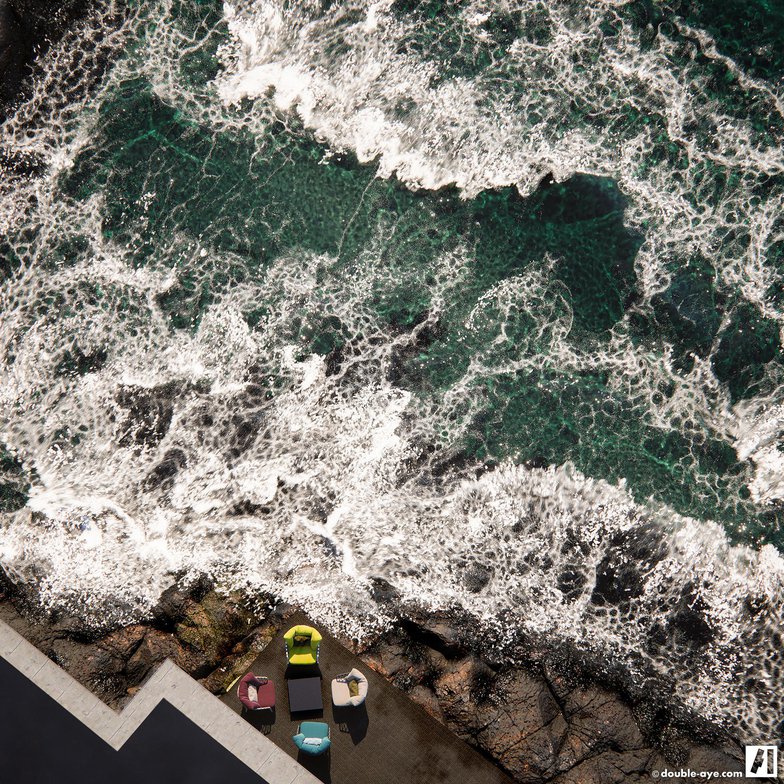 Introduce energy and movement in your images to keep viewers interested. © Double Aye

Alongside using objects or the absence of objects you can also use texture and color to create a visually pleasing composition. Using texture and color thoughtfully can ensure that your composition works. Make sure you give the most amount of time for your materials to those objects that are in and around your focal point, with less time to all the secondary elements. 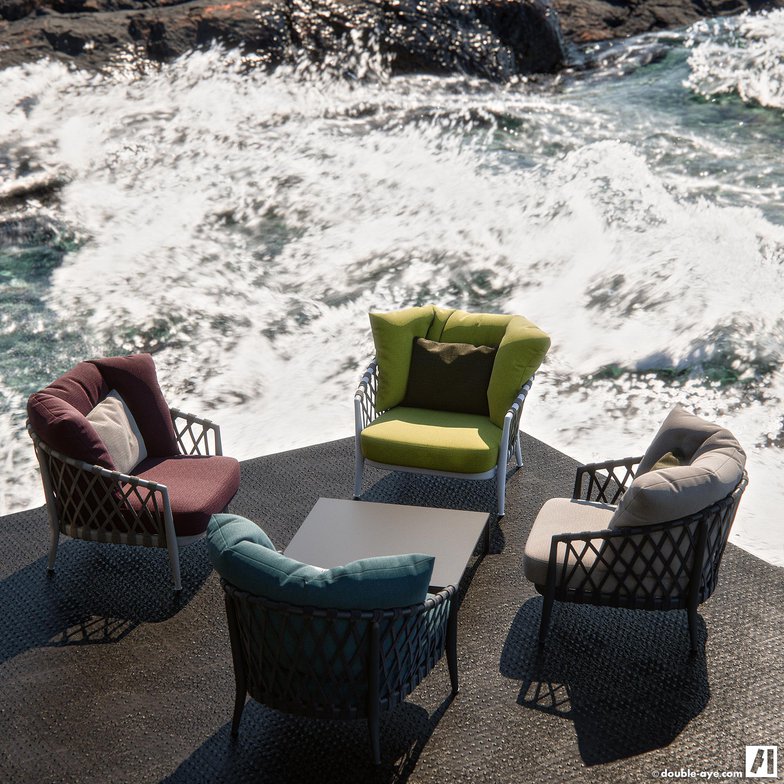 Texture and colour are great tools for using in your composition and helping the viewer like what they’re seeing. © Double Aye 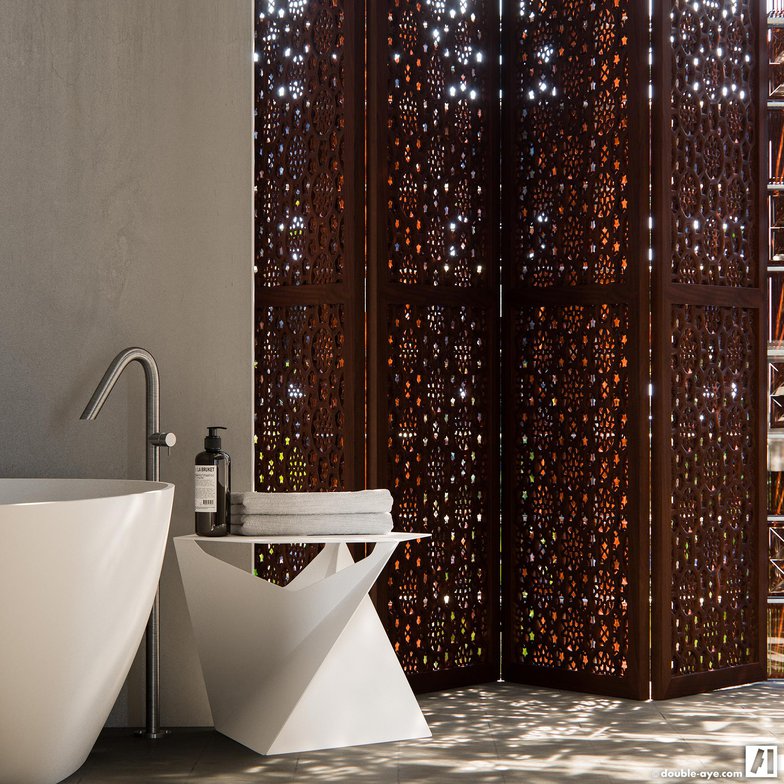 Using contrast in your images gives you the ability to evoke very different feelings in your viewer. © Double Aye

To finish things off let’s talk about simplifying our compositions. The reality is that cluttered scenes can distract the viewer and leave them unsure as to where to look and focus on. By reducing any content which doesn’t contribute to the main focus and intention of the piece will help create a pleasing composition centered around the focus. You can also simplify your scene by creating brighter areas of your image to draw the eye to what’s important. 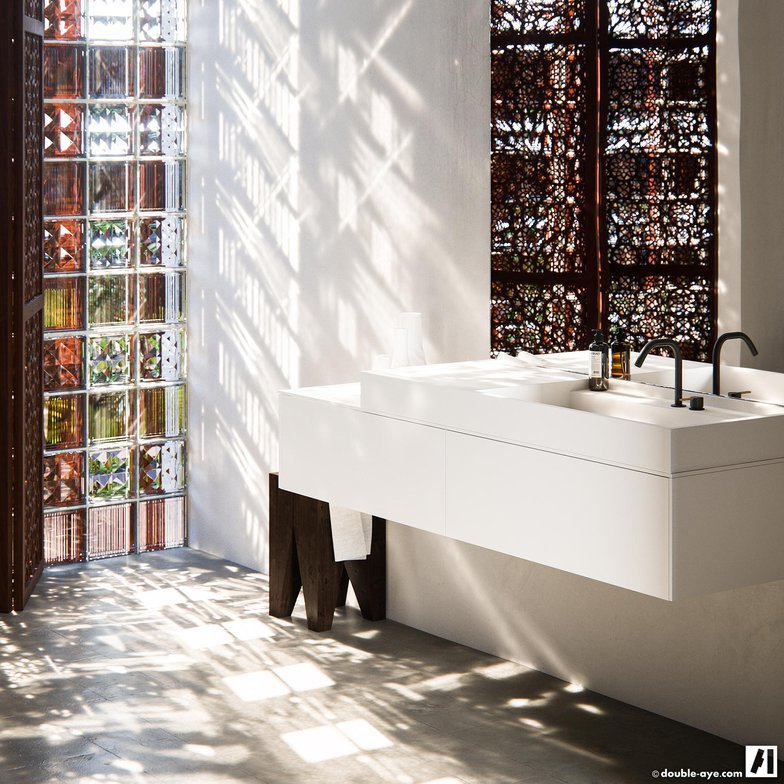 Try to avoid cluttering your scenes and instead simplify things where you can, spending more time on that which is important visually. © Double Aye

I think one of the keys to composing your images is to not feel too locked down by the rules. They are obviously fantastic guiding principles but you will at times benefit from breaking them. Every so often I’ll come across an image that breaks a number of the rules and I’ll love it. Being able to do that as an artist takes real courage and knowledge of what they’re doing and why they’re doing it. Be courageous and experiment!

Understanding the 3 rules of composition