3D character artist Carlos Adrian Gonzalez Villagomez takes us through a selection of his favorite character designs for videogames, explaining the design thoughts behind each one…

With the advancement of technology videogame characters are very detailed nowadays; you can see every pore and every inch of cloth detail, but this was not a luxury developers had from the beginning of videogame history. Today I will talk about the 10 videogame character designs that inspired me when I was a child and even now, from a design perspective and the limitations of technology at the time they were created. We will see how a simple design well executed can make a character so unique and recognizable, even if it doesn’t have an overwhelming amount of detail.

Mario created by Shigeru Miyamoto. The first time I saw this character was on a NES home console, and although in those day there wasn´t that much detail to appreciate, I immediately identified that it was a guy in blue pants with a red shirt a moustache and red cap. Later I learned that he was an Italian plumber, but how was I able to notice that much detail with so few pixels? It was because of how he was designed. Mario has a three main color palettes; blue for his pants, red for his arms and head cap, and white for his hands. With that simple and solid color scheme you can easily separate his upper and low body parts, and because in that day they wouldn´t be able to make a decent face with the amount of pixels they had, they gave him a moustache and a big nose. Giving your designs a recognizable feature is a really good way to make your characters stand out. 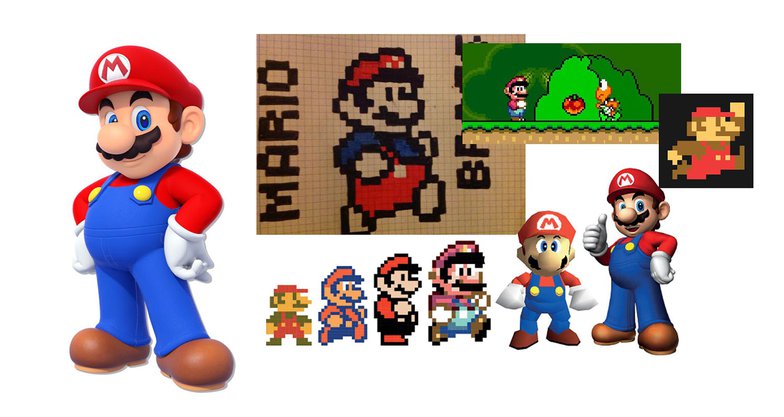 Mario´s most trusty friend, the friendly dinosaur. I like this character so much; his design is so simple but it looks so friendly – how can you make a dinosaur feel friendly? Let’s take a look at his design: first of all he has no sharp edges, not a single one, not even the spikes on his back; these help him come across as warm and soft, so anyone would see him as a good and cute fellow, but how about his sharp claws you may ask? Well, they gave him a pair of boots. Yep, why would a dinosaur need a pair of those? Well, a dinosaur wouldn´t, but his designer used them not only to hide those menacing claws, but to make his feet more recognizable by giving them a different color from the rest of his body. This is how developers dealt with technology limitations in that time, with creativity. 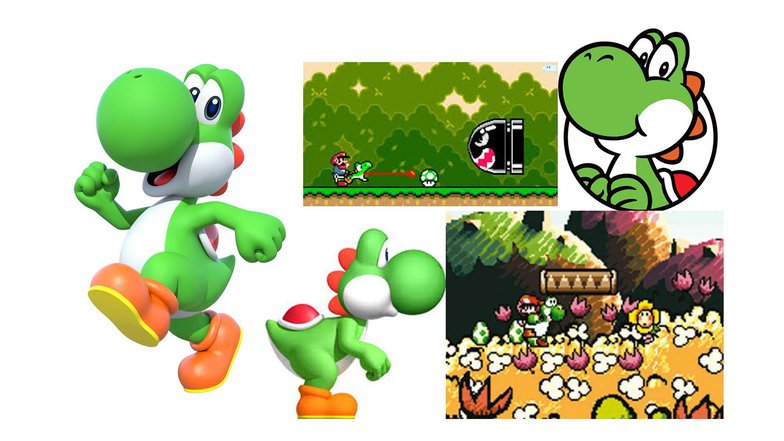 The blue bomber. This a perfect example of how the strength of a design can be its simplicity; he is just blue and a skin color for his face. With so many colorful enemies on the screen trying to kill you, you would be able to identify your character because he will be the only blue thing jumping around the screen. He is clearly inspired by the Japanese manga, with those big eyes, and that would be very helpful when you cannot detail his face in a videogame. It doesn’t matter that the face is not that detailed – you could see those big eyes on the 8-bit screen. One more thing to take a look at is his proportions; those are in no way normal human proportions: his head, arms, and legs are a lot bigger than they would be on a normal human being – and why is that? To attract attention to those body parts these details are what made Megaman so simple, yet such a good design. 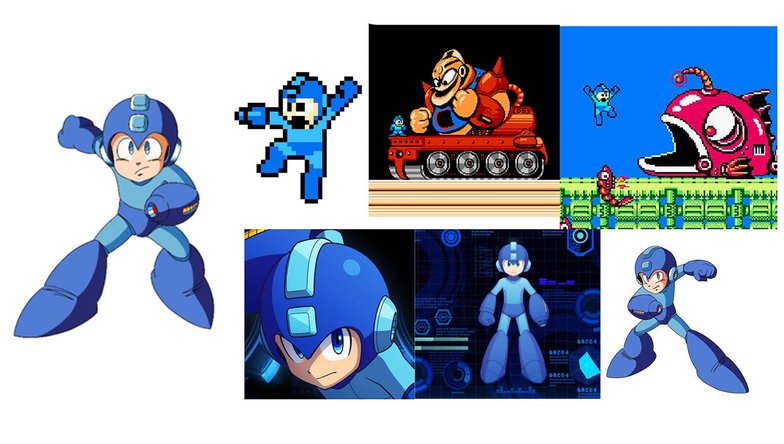 A character designed to compete with Mario´s empire; whether he succeeded or not that is a discussion we will leave to another article, because here we will focus on the design. As a competitor against Mario you can see that he has some opposite features. He has many sharp edges for instance, so they wanted him to look aggressive – he didn´t have to time to jump on every goomba he encountered, this character had to go fast, and you can see that in his design, just look at his hair. Even when he is standing still he looks like he is going at 300 km/hr. To make him more recognizable they came up with a design that even a child could draw, with simple lines, and that is one more design trick that videogame developers use a lot: characters that can be drawn with simple lines are easily recognizable. 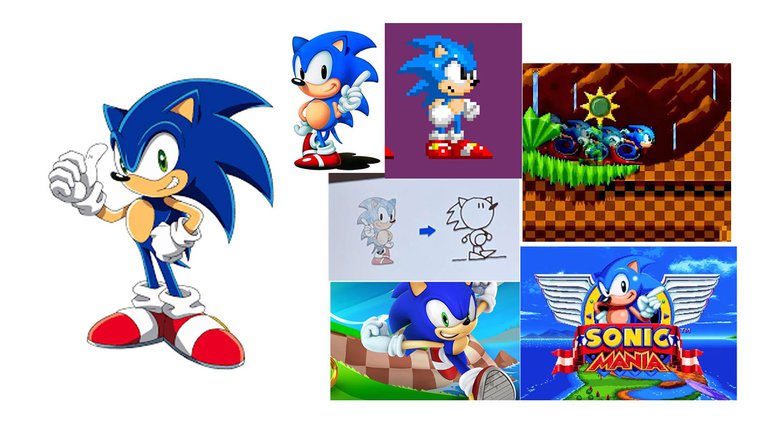 A character created by the well known Akira Toriyama, you can clearly see Akira´s style in this character, and you can see how his style was so well fitted for videogames at that time. Mainly because of that distinctive hair style that his characters have, that hair styles make characters so recognizable, and that would be a design trick that Squaresoft used for many of its games in the future. One more advantage of Akira Toriyama´s designs for that 16-bit era was those big eyes that every Japanese cartoon has, so that made Crono such a good character from the design point of view. You could easily recognize that extravagant orange hair with big eyes and blue robe, even when he travels that open world realm; those were the features that stood out for me, and I still remember feeling empathy for the character’s problems all because of this recognizable design. 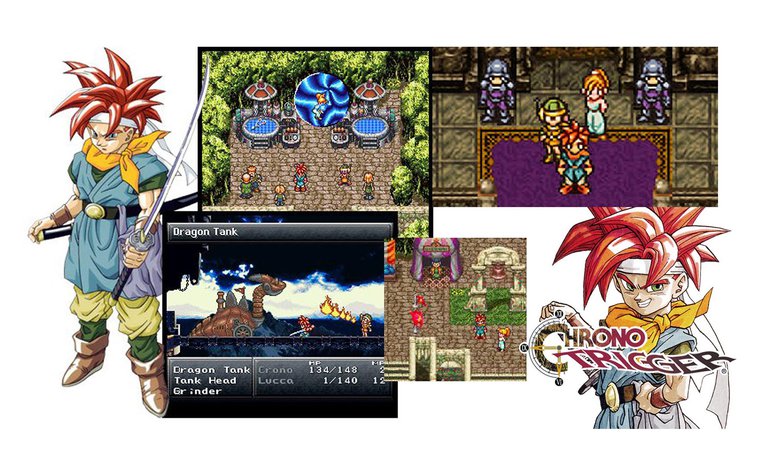 Final Fantasy 7 was the first Final Fantasy I played, and this character stood out from the rest for me because of that big buster sword he has. In this game, polygons where now possible but not to the extent that we have now. You could use just a few polygons for the whole character so developers still had to use some design tricks to make characters stand out. A simple color scheme consisting of purple and yellow gave this character a cold look that accompanied his personality. He didn´t talk much in the game, he was mysterious and silent, but you could recognize him because of his spiky hair and that enormous buster sword. 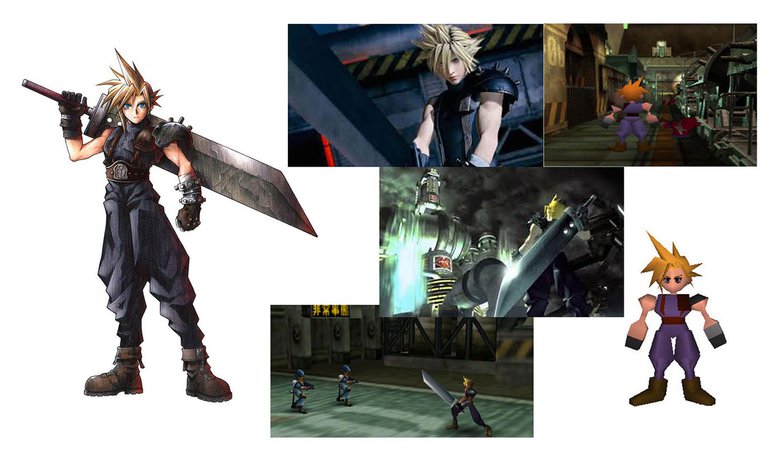 Sephiroth was the bad guy of Final Fantasy 7, and what a good bad guy he was. He had an almost colorless scheme – he only used black clothes and had long gray hair, which enforced the idea of what this character represented. He wanted to exterminate all life forms from earth. He had no emotion; that was why he was so bad, he wasn´t able to feel, but he was once really close to Cloud, so he was almost like Cloud´s evil big brother. This was why he had that ridiculous longsword; it was an asset that made him relatable to Cloud just by looking at it, evoking that he was a lot more methodical and deadly than his younger brother. 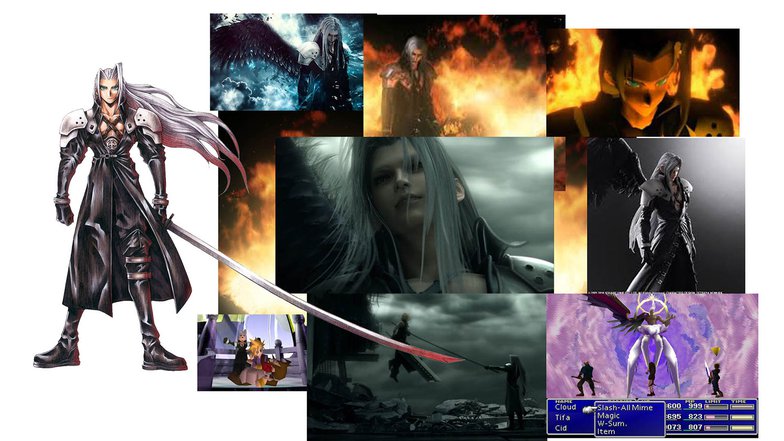 I had never played a Rayman game before but when I saw this character I was so excited for this game. In the past, Rayman games had you rescue princesses on some levels, but in this one Ubisoft changed things a little; you could rescue princesses, but it was only to unlock some new outfits for this princess, and by looking at her design you can clearly see that this isn´t a princess that needed rescue. Look at her simple color scheme of green and orange; these colors made her look like a wild and beautiful jungle flower. And look at her proportions; a big wacky head full of scars gained by numerous adventures, that only a fearless magic Viking would have, sustained by a thin and fit body, forcing us to focus on her face at the first glance we have. The large rounded axe just gives her a little more wackyness to that Viking style she has. The technology used for this character isn´t limited by the 80s or 90s era, but look how designers are using the same methods that have been used before. 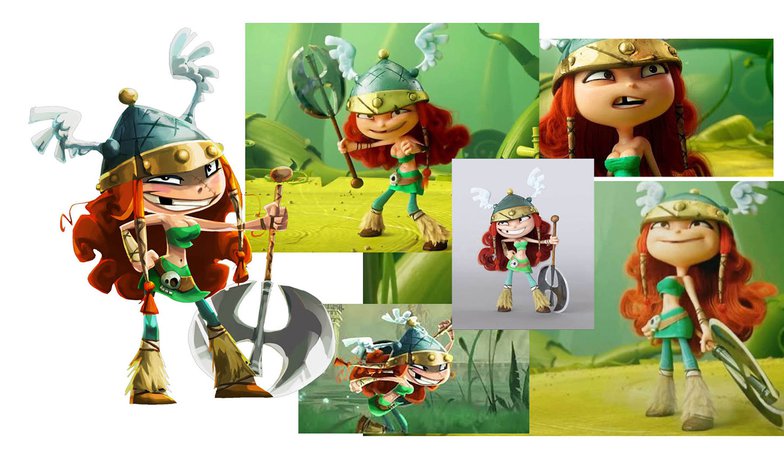 This guys are crazy – they just cause havoc everywhere they go – and what I like about their design is that it’s almost like they went the opposite way of a wacky, crazy character. They don´t have colors; they are mainly white but there is a reason for this, the guys don´t think about consequences they just act as they see fit, so their colorless palette helps to cement the idea that their mind is blank. They aren´t trying to make good or evil, there is no color in their actions, they just act. They also don´t have a nose and they have small eyes – they are completely unaware of what will happen next, and that is why they are so crazy. They are all the same and they always come in packs; there isn´t a singular in Raving Rabbids, they act like an ant colony of craziness, or like the natural disaster of a tornado. 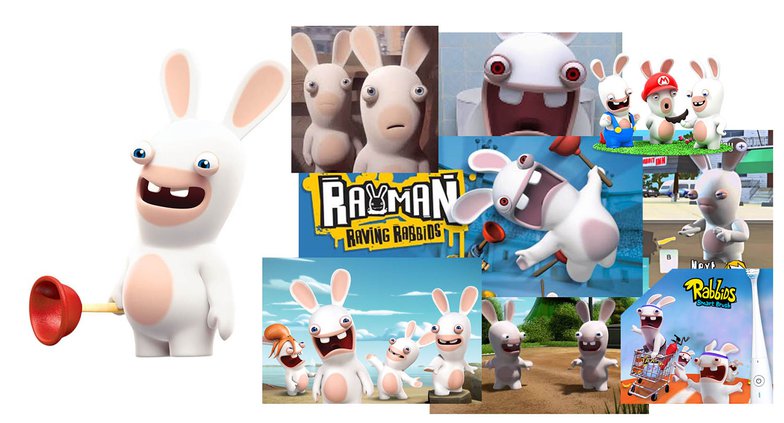 I haven´t played that many Pokemon games and I know there are a lot of Pokemon. but this one stood out because it was like a ninja creature; that is what I thought at first, then I took a more in depth look at it and I fell in love with the design. First of all, to everyone that is ignorant about the game mechanics, all Pokemon have like an elemental affinity and this guy has an elemental affinity for water, so the designers used a dark-blue color to make it more akin to water, and to the dark suit that ninjas use. It also has sharp and refined edges to make him look aggressive and aerodynamic. They used the yellow color to split the face from the body and to make the feet and hand silhouettes more visible. The coolest detail of all; they used his tongue like a scarf covering his face like a ninja would… so cool. 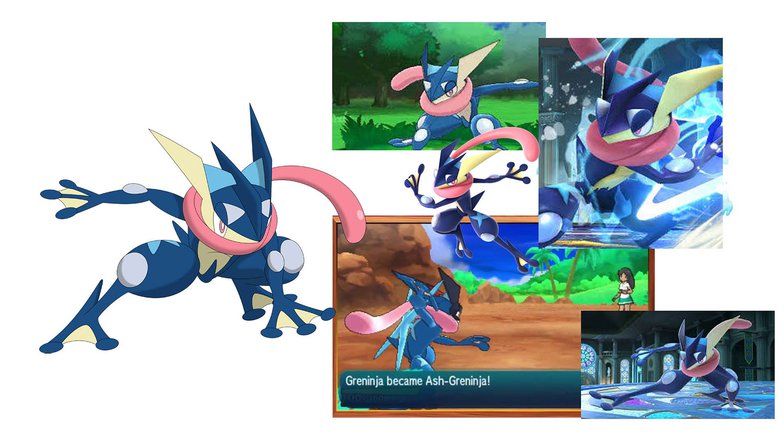