Javi Martínez checks out V-Ray 3.0 to see what improvements are in store that will help artists render even more incredibly photorealistic virtual environments. 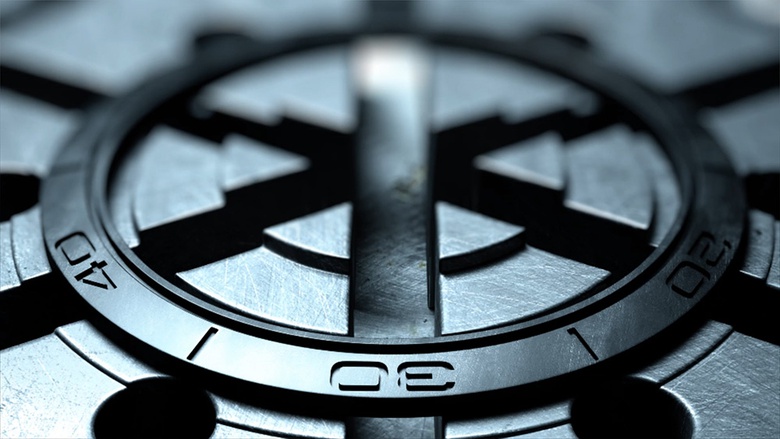 Javi Martínez checks out V-Ray 3.0 to see what improvements are in store that will help artists render even more incredibly photorealistic virtual environments.

The upcoming launch of V-Ray 3.0 by the Bulgarian multi-national company, Chaos Group will mark a before and after in the creativity and productivity of international CG artists. A faster and easier-to-understand render engine that is much more precise and totally adaptable to the skills of novice and advanced artists. In summary: it is a much more versatile V-Ray version.

"It simplifies a lot the render setup interfaces"

Using the V-Ray 3.0 (beta) render engine you soon realize that the Chaos Group engineers have reached a fantastic compromise with the usability. The original (and very easy) V-Ray Quick Settings puts into your hand a versatile and simplified tool to access the different render setup configurations with just 1 click.

I sometimes see novice artists that, once they know a particular V-Ray render setup, become somewhat afraid of its operation because of the high number of different configurations that such a tool offers. The new V-Ray 3.0 version helpfully removes this feeling because it simplifies a lot the render setup interfaces.

What's more, there are 3 kinds of interface parameters options that have been distinguished: BASIC, ADVANCED and EXPERT. This simple function in the new version development allows the user to progressively adapt themselves to the tool. 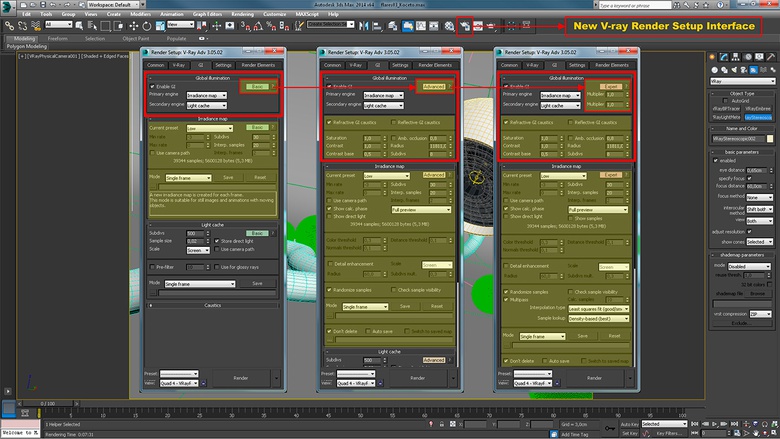 The new render setup interface makes learning easier for the artist, and is adaptable to the user's experience level

Let's discuss a few of the most spectacular new features in V-Ray 3.0...

FASTER RAYTRACING: This is much quicker than the former version V-Ray 2.4; my work is currently rendering in V-Ray 3.0 beta at around 35-40% faster.

I reordered this speed test recently to show the difference in times between version 2.4 and 3.0


PROGRESSIVE RENDERING: Introduces a new progressive processor build over the same technological route as V-Ray RT; one that is compatible with all the V-Ray production features, including Irradiance, Light Cache, SSS, Render Elements and so on.

QUICK SETTINGS: These will help you to control scene features in a simple and efficient way, without needing to go into the V-Ray render setup. 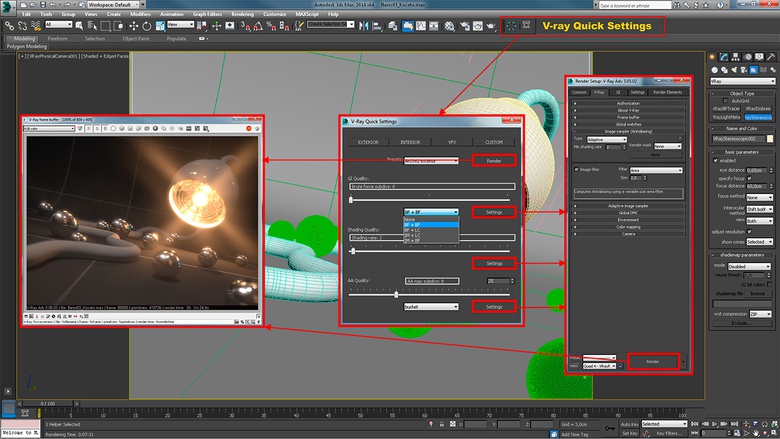 The new V-Ray Quick Settings tool is proof of the great commitment that Chaos Group has to usability in V-Ray 3.0

RT GPU RENDER ELEMENTS: At last you can count on all the tools to work with V-Ray RT on the GPU, while technology keeps moving forward with the introduction of CUDA optimizers. Chaos Group introduces in version 3.0 the capacity to work with elements at the reproduction of stills calculated with RT.

"We have been impatiently waiting for version 3.0, and it appears to be as great as the public is expecting it to be"

There is no doubt that calculating by GPU is the present and the future of productivity for CG artists, and Chaos Group is very aware of this. The team has clearly closely collaborated with NVDIA to offer a better V-Ray version for everyone.

In closing, V-Ray 3.0 is an easier, faster and more intelligent version of V-Ray. As a user of V-Ray since its very first version, the new version 3.0 is as passionate as when Chaos Group introduced the V-Ray RT real-time visualization tool. We have been impatiently waiting for version 3.0, and I'm pleased to say that it appears to be as great as the public is expecting it to be. 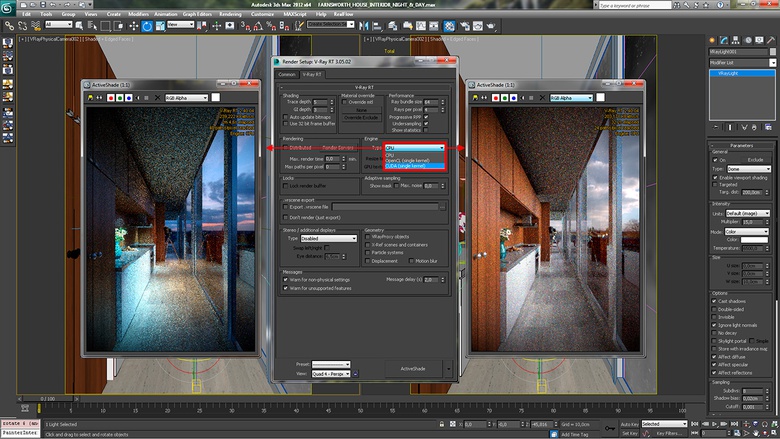 Note: Users who purchase a new 'V-Ray 2.0 for 3ds Max' commercial license between 4th August 2013 and the date of the 'V-Ray 3.0 for 3ds Max' official release will be eligible for a free upgrade. They will receive 1 V-Ray 3.0 Workstation license and 2 Render Node licenses. Visit the Chaos Group website to learn more about this promotion. 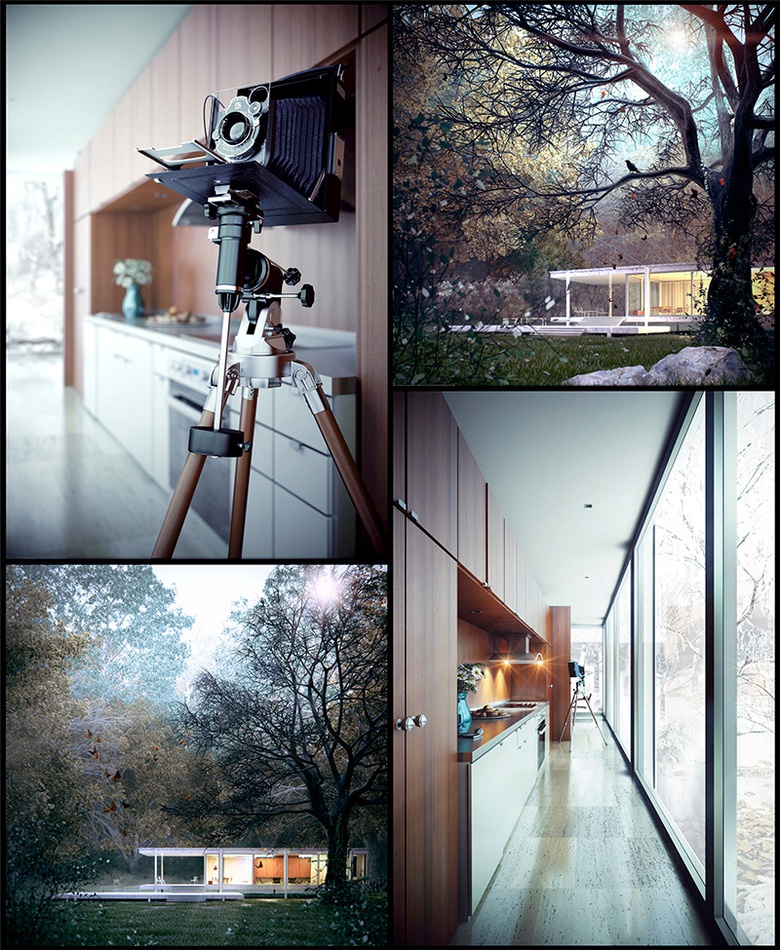