The pick of virtual reality headsets for 2021

As we approach a next generation of virtual reality headsets, both tethered and untethered, we take a look at what the market still has to offer, for gaming, game development, and artistic potential…

Virtual reality headsets have come a long way since Ivan Sutherland and Bob Sproull developed the first head mounted display. At that point it was so big that it had to be suspended from the ceiling! In 2021 virtual reality headsets are powerful pieces of kit with sleek, attractive forms. Headsets come in two main categories: tethered and unthethered. Tethered versions have the downside of having a cable which can restrict movement but they have the benefit of being connected to a PC or gaming console which gives them access to huge amounts of potential processing power. Untethered versions don’t have to be plugged in which gives users greater freedom of movement. They don’t necessarily have the best processing power but the internal capabilities of these headsets are only getting better with every release.

Let’s begin with the infamous Google Cardboard. I love this! Why? I think it represents everything that is good about technology and developers starting out. You don’t need lots of expensive kit to just give it a go. The headset is cheap and can even be made yourself. And you just need a smart phone which we obviously all have as well. Everything is therefore at your fingertips. It was the Google Cardboard that I used to make my first foray into the virtual reality world. Using an Android phone meant I could create a game in Unity and load it straight onto my phone for testing and development. Once I had a hunger for it I was then ready to test something a bit more advanced and to push the boundaries further. That’s where the Oculus Rift came in for me. Let’s take a look at its successor next.

The Oculus Rift will forever be ubiquitous with virtual reality headsets. It was the first major entry into the virtual reality market and it provided the world with a vision for what was possible. The opportunities were limitless and the headsets were relatively affordable. This made it perfect for that second level of development for early adopters. The days of the Rift are unfortunately over though as Oculus has decided to focus its efforts into the Oculus Quest 2. This represents a shift for Oculus away from the tethered Rift to the untethered Quest.

For those who experienced the original Quest headset you’ll be glad to know that the second version is powered by the considerably better Qualcomm Snapdragon 865 chip. This will ensure even the most demanding virtual reality experiences will be experienced problem free.

One of the considerations for virtual reality headsets is their resolution and the Quest 2 certainly packs a punch with one of the best on the market resolutions of 1832 x 1920 per eye.

Its store offers a wide range of software for untethered experiences but if you do want to use this headset for PC gaming then there is the option of an additional Oculus Link cable to enable this. 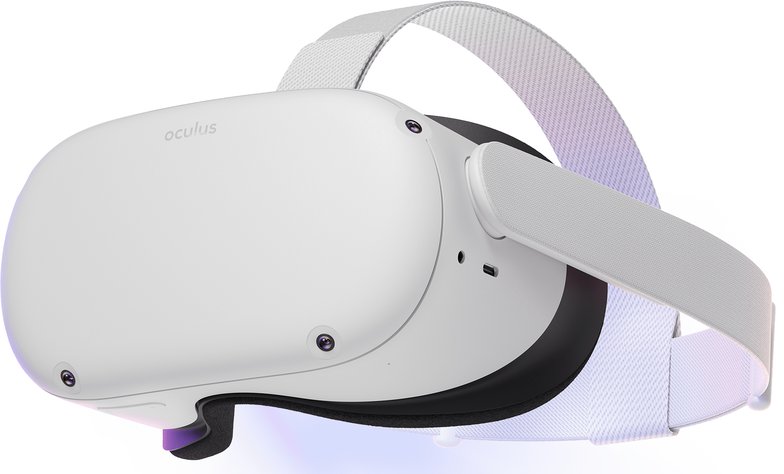 I suppose the biggest limiting factor for this headset is that it will only work with a PlayStation! I suppose that goes without saying but I thought it worth mentioning. If you’re hitched to PlayStation then this will be a great headset for you. The resolution is full HD at 1920 x 1080 but not as high as the Oculus Quest 2 for example.

There’s no release date on their next headset but you may prefer to hold out for it. The specs will obviously be more impressive and it’ll work with the PlayStation 5 with no need for an adapter. They’ve also revealed a new controller design which promises “Stronger immersion with adaptive triggers, haptic feedback, finger-touch detection and more.” They certainly look the part! Sony are committing time and money to developing their virtual reality kit so it’s worth keeping an eye on.

The next tethered option we’ll take a look at is the HTC Vive Pro 2. If your greatest consideration is resolution then this will be the one for you. It delivers a whopping 2448 x 2448 pixels per eye. That gives a really clean image. To deliver that sort of spec makes this more expensive than the Oculus Quest 2 but not as pricy as the Valve Index which we’ll take a look at in a minute.

The downside to the Vive Pro 2 would be its controllers. These have not been updated from the original Hive Pro controllers and they’re starting to lag behind the competition a bit now. Hopefully these will be improved in due course.

A headset with a cracking resolution
Image credit supplied by HTC

Let’s finish with the priciest of all the headsets we’re covering here, the Valve Index! If you have the money and care more about the immersive feel of the controllers over and above the viewing experience of the headset then this is the one for you.

For that price point you would expect the headset to be pushing the boundaries and delivering over and above that of its competitors. They seem instead to have focused in on delivering a top-class experience when it comes to their controllers.

The controllers offer individual finger tracking which makes the whole experience much more immersive. Our fingers work independently of each other so it makes sense for that to be replicated in a Virtual reality environment.

Today we’ve looked at a range of different virtual reality headsets, each at a different price point. For those looking to enter into developing virtual reality content I would recommend taking a look at the Google Cardboard and then making the next small leap to the Oculus Quest 2. For the more serious gamers out there you’ll find great options in the PlayStation VR, HTC Vive Pro 2 and the Valve Index headsets.