The Game Character Creation video workshop is back!

Nearly a year on from the last Game Character Creation workshop, we review past successes and achievements, and consider what the new year might bring

Nearly a year on from the last Game Character Creation workshop, we review past successes and achievements, and consider what the new year might bring 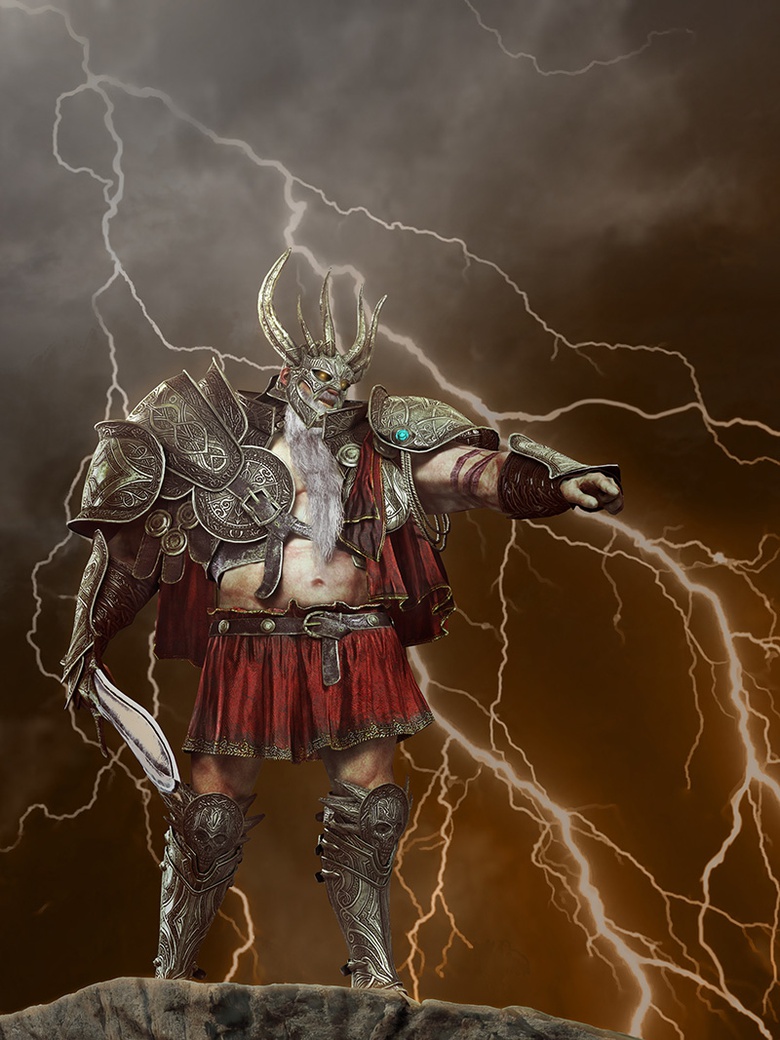 After the success of Alex Troufanovs highly acclaimed Game Character Creation workshop in January 2014, we feel the time is right to open the doors again, for the class of 2015.

Encouraged by the fantastic turnout and glowing reviews from the last run, Ubisofts Senior Character Modeler Alex has agreed to return for a new semester starting on 12 January 2015. So if you missed the original run of our Game Character Creation video workshop earlier this year, dont delay and simply head to the 3dtotal shop to purchase your seat! Want to know more? Read on to discover some of the testimonials from our recent alumni.

Alex Troufanov is a Senior Character Artist specializing in realistic characters for videogames and cinematics. A Ubisoft veteran, Alex has contributed to many of the top-selling Assassins Creed series, and you may recognize his most recent character studies from the latest release: Assassins Creed Unity. 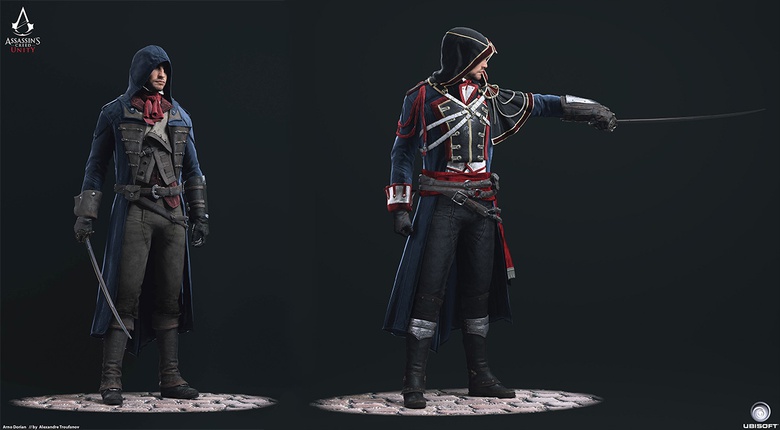 We asked Alex to create a video workshop series to explain his own character creation processes. Working from the first ZBrush character sculpts, through to hard-surface sculpting in 3ds Max, and texturing techniques with Photoshop, CrazyBump and xNormal, the sole goal was to create a fully modeled, textured and rendered 3D character that would fit today's gaming specifications.

And he delivered. The workshop, spanning eight weeks and running from the 13th January to the 10th March 2014, had an overwhelming class of 32 lucky students who were not only able to experience character creation, working through 5 different software programs, but also dip into other key areas such as rigging and lighting; some of the useful skills that industry professionals look for when recruiting potential character modelers.

"In the past, I've struggled with certain unknowns and Alex's course has demystified that which has held me back from realizing my potential. It was a very exciting and enjoyable experience to learn alongside other talented and motivated artists with a common goal to improve our craft. I would definitely recommend this course to anyone looking to improve their skills."

On top of this thorough demonstration of the industry-standard character workflow, Alex also delivered a fantastic support base that allowed students to really engage with the project and improve their skills in a
classroom-esque community.

The forum feedback is good but having a one-on-one live review was invaluable. The texturing aspects and the optimization of the final low-poly character gave me great insight into having a great portfolio piece. Further, Alex's insight of the industry has given me the right tools for how to market my work to the right employer."

Alex was available for personal feedback via email and live one-to-one chats for any in-depth questions or individual issues with the project, though the main bulk of the course was based in the 3dtotal forums. These forums allowed students to post their own progress WIPs and also receive encouraging comments from Alex and their fellow students. They were such an integral part of the course, that they were kept open for a further three months after the workshop end, to allow students (and Alex) to perfect their final models together.

The group dynamic was excellent even though everyone was from a different part of the globe we all have the same ambition, to make awesome art. 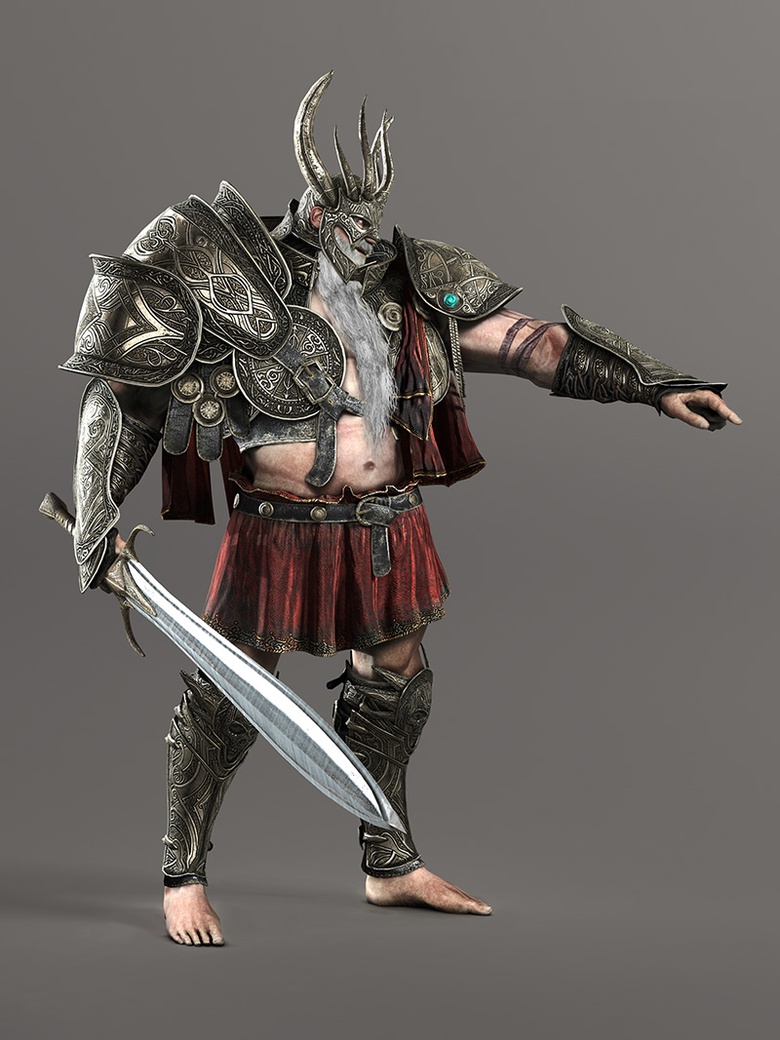 The fantastic modeling, texturing and posing covered on the workshop

At the end of the arduous, but satisfying, eight weeks, students had developed a sense of the industry-standard character creation workflow, and created a strong series of model WIPS that demonstrated excellent modeling and complex texturing. This amazing achievement was topped off with a 3dtotal awarded Certificate of Achievement, and a series of ceremonial community awards, presented by Alex, to reward the work ethics, progress and achievement of deserving students on the course. 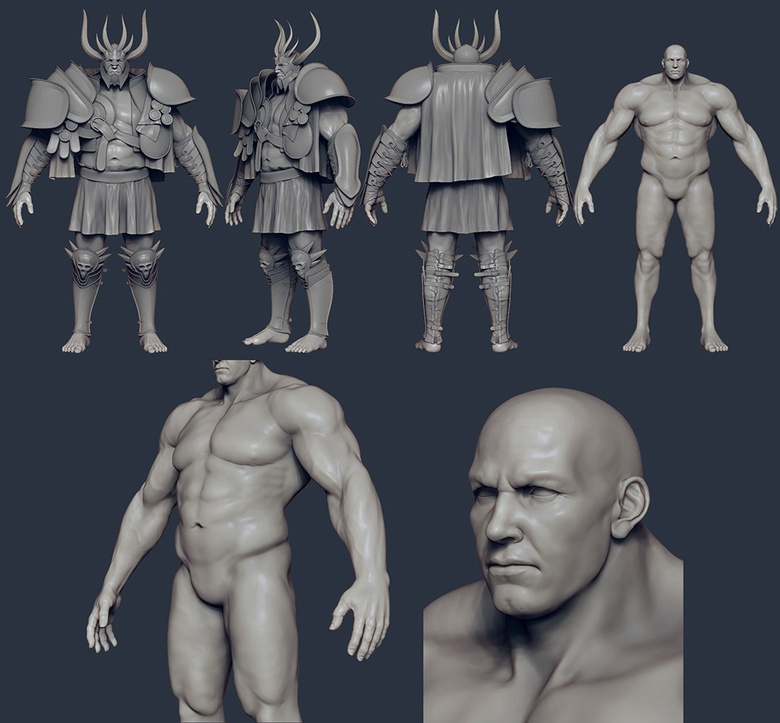 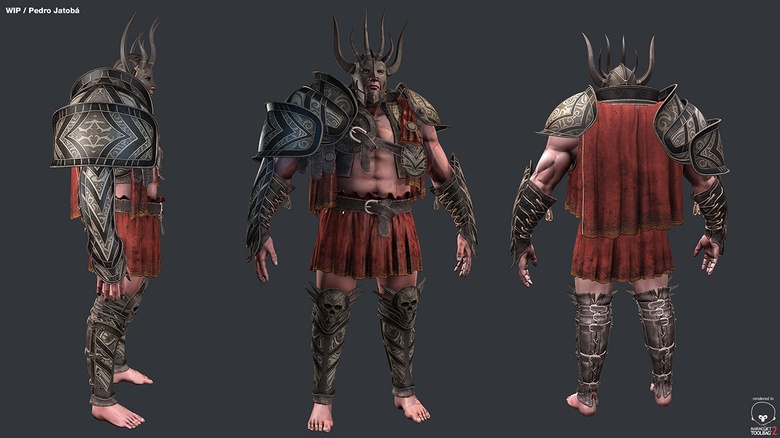 Alex is a great teacher and his skill is amazing. He shares his techniques, explains the steps really well and is always available for hangouts/reviews... I recommended this workshop for anyone who wants to learn the ins and outs of character modeling for games and who wants to learn how to create an amazing character, from start to finish.

And so, 12 months on, after the huge success of the first run, Alex has agreed to return to the podium and set up a new showing of the 8-week workshop, with a new class to start on the 12th January 2015.

So if youre interested in learning industry-standard workflows, refining your game character creation skills, modeling, texturing, rigging, lighting, and general software processes, and would like all the support of a professional senior modeler and a community classroom, without the commitments of a lecture hall, try out our comprehensive video workshop; available here.

For more details on the exclusive workshop starting in January 2015, head over to our shop page
Take a look at Alexs Q&A; on the workshop
Or email support@3dtotal.com
Check out more of Senior Character Modeler Alex Troufanovs excellent character work here