The future of cloud-based render farms

Behind every great render is the technology that made it possible. We discuss the ins and outs of rendering with three of the leading cloud-based render farms...

Behind every great render is the technology that made it possible. We discuss the ins and outs of rendering with three of the leading cloud-based render farms...

The world of CGI is expanding and is everywhere, from advertising to movies and videogames. The market growth is strong, and with that, the quality continues to improve. Sometimes it can be hard to keep up with the technology needed to continue that growth; such is the desire for higher quality work, or faster workflows and increased turnover. This is where the cloud-based render farms enter the frame, providing high-performance computer clusters that studios can use to outsource rendering jobs that they could not achieve or afford to render with their existing systems. And it's not only studios; students and solo artists are also jumping on the bandwagon, confident in the knowledge that their render farm of choice can provide that studio-quality piece of work that might make the difference in their portfolio.

Tracey Tindall, vice president of business development over at RenderRocket, states that they have seen a "growth in the number of customers engaging us for their render projects. The growth seems to be across the board." When they take a closer look at their client list, they're "seeing more growth both inside and outside of what we typically think of as our core market of media and entertainment." So, it looks like individuals, students, small companies and large organizations are all seeing cloud-based render farms as a viable, profitable option.

Jeremy Westburg, CEO of RenderSolve has also noticed this increase in new clients, but emphasizes the point that they have a high turnover of return clients too. Ralph Huchtemann, founder of RebusFarm, comments that "Most of the people go back to render farms due to the ease of use and existing implementation of 3D software, as well as the customer support." 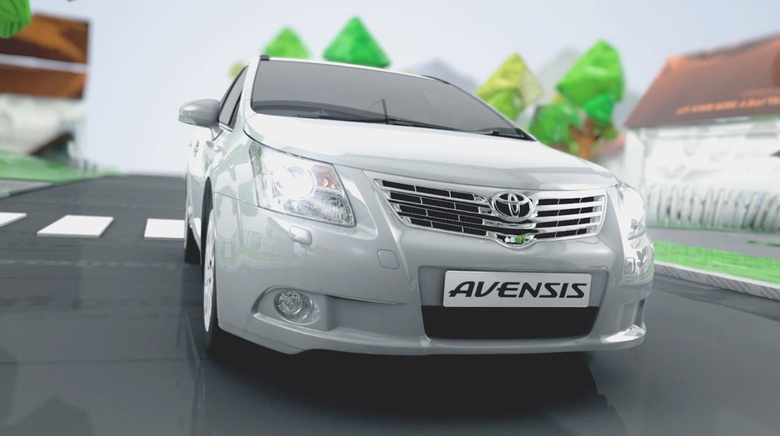 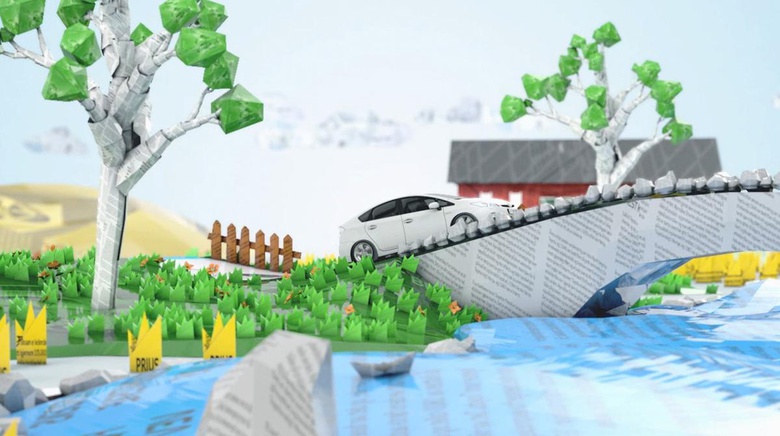 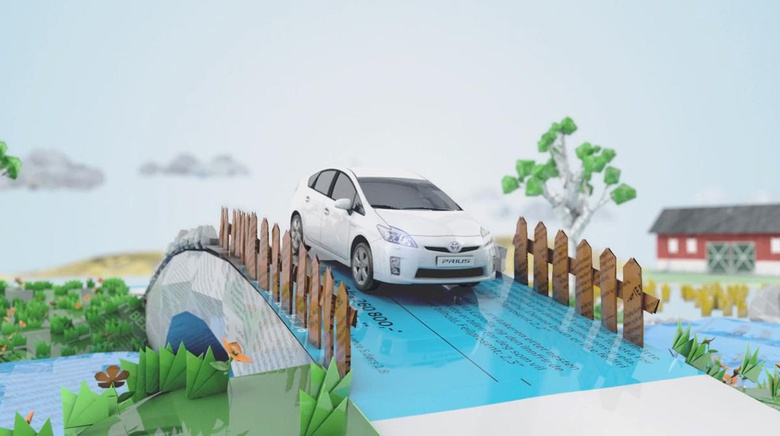 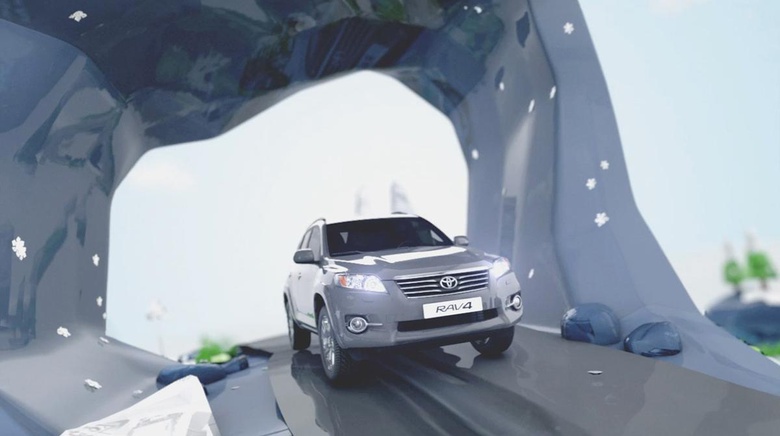 Now that computing is fast enough to make the cloud more accessible, and it's evident that more and more studios and individuals are using the outsourced render farms, have any trends surfaced above these towering electronic dream machines? While RenderSolve has seen an increased trend in architectural visualization renderings, using Maxwell Render and V-Ray with Rhino to achieve those perfect results, RebusFarm receives jobs from every aspect of the 3D industry. "Basically," begins Ralph, "anyone who works with 3D software reaches their limit when it comes to rendering with local computing capacity. It does not matter whether it is a one-man show or a large studio."

Tracey agrees, seeing a similar trend where studios or individuals are "taking on larger and more complex projects that they cannot afford to render in-house." What this means for the individual is plain to see, as Tracey continues, "Each year we see more and more freelancers and individual students coming to us for their rendering needs." But why should studios with resources of their own outsource their rendering work? Simply, it means that they can take on more work. "More and more studios are using cloud rendering to complete larger portions of their render jobs. They are also leveraging cloud rendering to take on more jobs simultaneously."

Stills from the film Entity rendered at RebusFarm

The trailer for ENTITY rendered at RebusFarm

This is all good news, and can only serve to provide competition within the market, boosting quality and, perhaps more importantly for the smaller studios and individuals, leveling the playing field. It enables everyone to be competitive, and for the students (who can often receive student discounts) it enables them to showcase their work to a high standard.

Because of this, rather than isolated pockets of customers in industry-specific areas such as Los Angeles (where there are a high volume of VFX studios) the client list is expanding to include all areas of the globe. RenderSolve and RenderRocket is seeing an increase in small studio and individual participation across the rest of the United States, Europe and Australia, while there has also been a resurgence in South America, particularly in Brazil. RebusFarm's distribution has remained stable but seen a decline in the Middle East.

As for studio participation, "We are seeing about a 27% increase over 2013 in international studios," says Tracey. "North American studios are up 22%. Education is up over 30% worldwide. Domestic freelancers are up 23%. So across the board, more people and studios are turning to cloud rendering."

This is great for the job market within the industry. Smith Micro's infographic on the state of the market in the United States earlier in the year seems to be representative of a more worldwide trend, as studios are freeing up rendering time to enable them to take on more projects, which creates more jobs. A better overall standard also provides more job opportunities for those studios and freelancers. The future of the graphics industry looks good, but what about the future for cloud-based render farms?

Ralph explains, "The prices for remote rendering have decreased in recent years due to pressure from competition. Our capacity has been increased and professionalized continuously by the general integration of our services into the everyday work of 3D artists. Customers are receiving more and more engine time and simultaneously the costs for the customer are dropping." 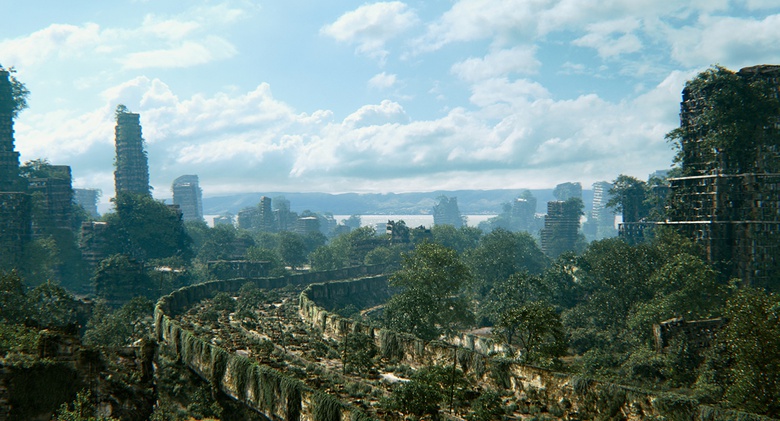 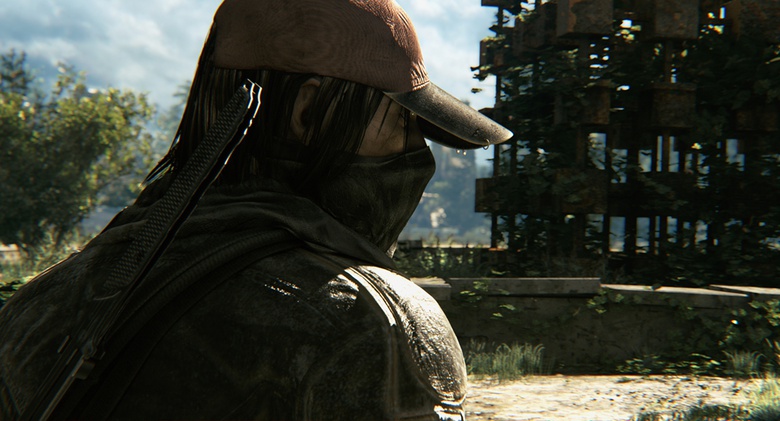 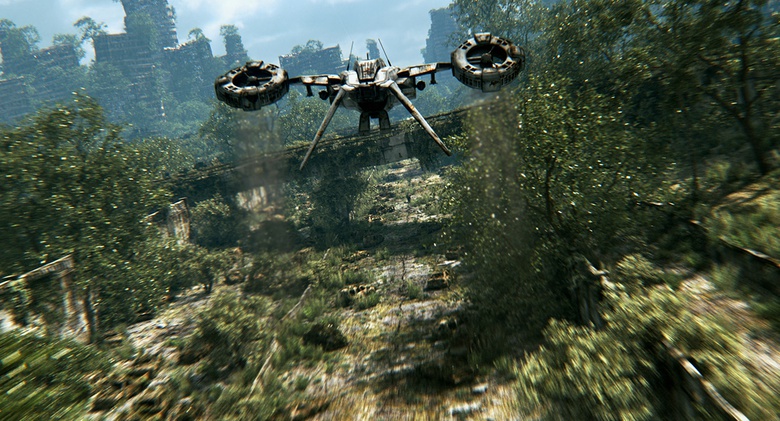 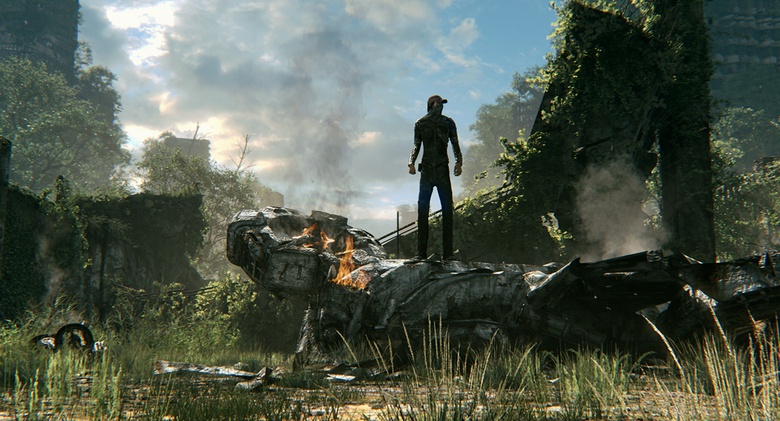 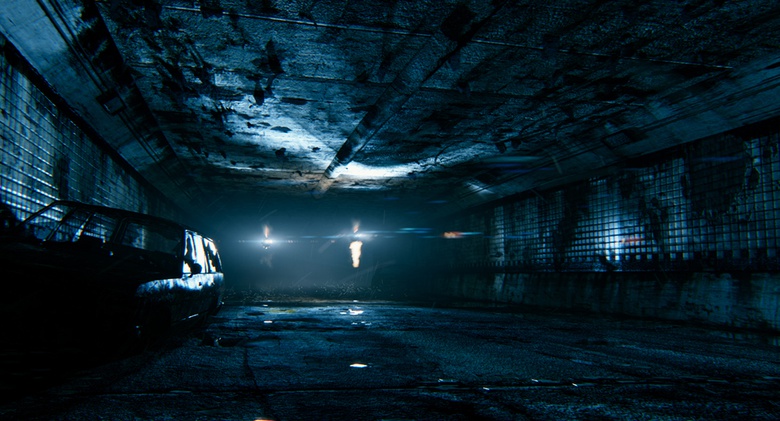 Stills from the animated short RUIN, rendered with RebusFarm by Oddball Animation

Which render farm you decide to employ could come down to which software they use. Jeremy looks at the rising popularity of some renderers over others, and says "it's pretty much Maxwell Render and V-Ray as the main two. We're looking at adding Indigo and Arnold soon."

Tracey, however, still finds that "the industry is still standardized on Maya and 3ds Max." She indicates that they are seeing a rise in CINEMA 4D, Maxwell Render and Rhino. Jeremy concedes that Chaos Group's V-Ray is 'blowing up', while Tracey continues that their "users are split about 50/50 between mental ray and V-Ray. However, we are seeing a slight increase in V-Ray this year over last year."

Next Limit's Maxwell Render is proving to be popular: "It is the best," says Jeremy. "It's still a little slow to pick up here in the USA, but clients around the world are making amazing renders!" For Tracey and RenderRocket it ranks fourth in the applications they support, after Maya, 3ds Max and CINEMA 4D. 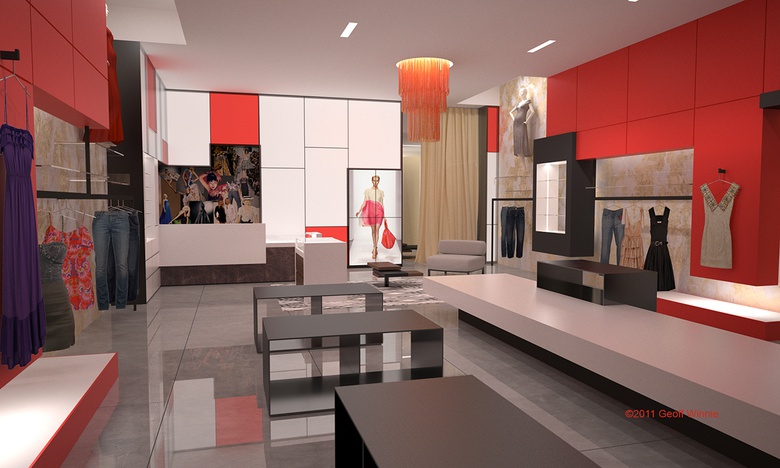 While these renderers are steadfastly popular, that doesn't mean that others cannot come to the fore. Jeremy would like to be able to utilize RenderMan for example, but cannot get commercial render farm access to it. And RenderRocket acknowledges that Rhino, Brazil, MODO and iRay are becoming increasingly popular within their market; however, statistically the share is still as follows:

So it's a close-fought battle, particularly between V-Ray and mental ray, which will prove positive in the escalation of render quality. The findings at RenderSolve are very similar, with Maxwell elbowing its way in. 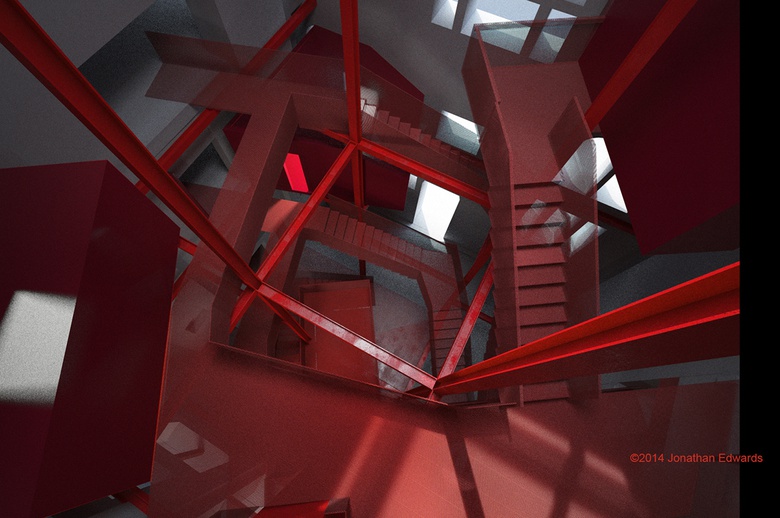 The future is bright

It certainly looks as though cloud-based render farms are here to stay. "With more CG images needed for advertising, architecture, film, TV and the internet each day, render farms should be needed forever," says Jeremy.

"Studios are leveraging cloud rendering as much as possible for burst rendering and overflow rendering," explains Tracey. "About 50% of our customers do not have a farm and use RenderRocket exclusively for all of their render needs... Using RenderRocket allows them to take on bigger and more complex projects without the bottleneck of rendering they previously experienced."

Ralph is more pragmatic; "Regardless of the hardware or software a 3D artist uses, he always needs 'more'. Higher resolution, more images, better quality... At some point the render time per image is the same again. About 20 years ago Pixar's Toy Story had the same render time we have today for cinematic movies with way faster CPUs. We will observe a further consolidation in the market. The development effort is getting higher and the render farms with the best concepts and technologies will prevail. We see RebusFarm on the right track in terms of the innovations which are about to come."

Perhaps the greatest positive to come from this is interaction, as studios or individuals and render farms work together to get the best out of their concept. "The Cloud is really just the internet," says Jeremy. "People and companies are all connected. The internet allows us to offer our services and help clients worldwide to produce amazing renders almost every day." 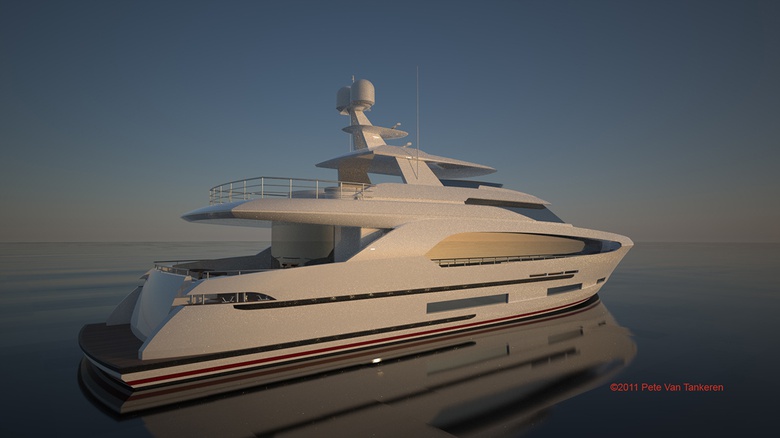