Conjuring the imagination of Roald Dahl for the cinematic adaptation of The BFG became the responsibility of Weta Digital, hired by filmmaker Steven Spielberg (Lincoln) for 875 visual effects shots filled with giants, dreams, and an orphan girl.

"Our virtual production pipeline is geared towards the director having overt control over the image,” states Weta Digital Animation Supervisor Jamie Beard, with a key tool being the Simulcam which enabled a virtual version of Mark Rylance as a 24-foot tall giant to appeared in the main unit camera, allowing Steven Spielberg to frame motion-capture shots in real-time.

"Despite people's conceptions about what we do there's still a lot of mystery in acting and in the anatomy of a face. We have these dots on the face of the actors which track the movements of the 12 major muscle groups, but what the computer sees are dots moving so you're getting just the surface movement. Also, the elasticity and the qualities that produce the wrinkles in the skin of someone like Ruby Barnhill are completely different for what happens with Mark Rylance, but not for the computer.”

Transferring the performance of Mark Rylance into the BFG took several months to get right. "When you smile the main muscle is a zygomaticus major which pushes the cheeks up and causes some creases. Mark is able to do a smile without using his mouth. What we found is that he has an impressive ability with the orbital muscle to contract it to the point you can get apple cheeks and beautiful creasing. We had months of debate on that. The riggers would put all of that muscular focus in one set of muscles and then we would find out it was somewhere else. Humans can instinctively see what's happening but to consciously unpack that is tricky.”

The body of the lanky 24-foot tall giant was more reliant on the artwork. "Everything from the neck down Steven wanted it to be worthy of needing to be a CG build. For instance, we were able to put a broken joint into the neck of the BFG so he didn't look like Mark Rylance walking around. The proportions of the joints are slightly off from what a human's would be.”

Nine 50-foot tall giants needed to be created. "You could see from the first day of shooting that Steven wanted a complete shift between Mark and the giants,” reveals Jamie Beard. "Even though its photo-real animation while copying the performance of Jemaine Clement for Fleshlumpeater, we didn't have to be so exacting with his face. We had to get a larger-than-life character onto screen. Those giants were fun in that way. We had Terry Notary on set as well who is a performance coach, and he made sure that the movements of the giants were always distinct from each other. They are involved with a few action sequences including picking up and throwing around the BFG, or getting captured in the end by helicopters.” 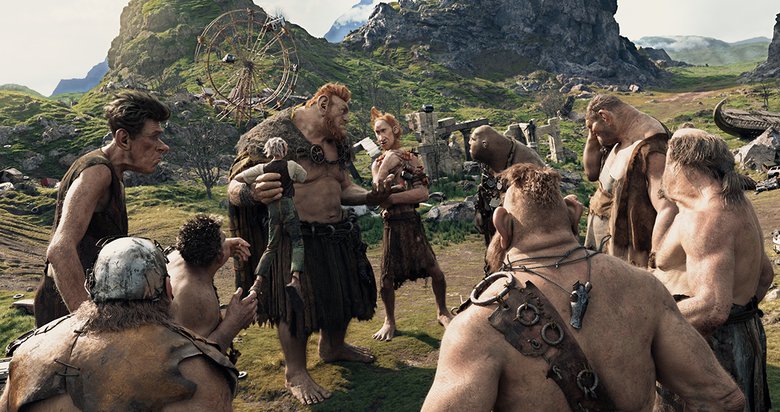 "I would come down with a laptop and show Steven some previs while he was shooting and working with Melissa Mathison [screenwriter] to come up with ideas for sequences that were in the script,” states Jamie Beard. "How we would escape to Giant Country? How we would come back? How we would sneak into Buckingham Place? How did whizzpoppers work? The film had been mapped out by The Third Floor but key story points had not been established. The biggest question that Steven was asking the previs to answer was, ‘Does the BFG have magic or not?'"

"The Third Floor had imagined from their brainstorms with Steven that the cloak worn by the BFG gave him invisibility and that's how he snuck around. It was always like a stone in the shoe for Steven. What makes this different from Harry Potter? That's why we came up with the idea that the BFG uses his cloak and lighting so he could hide in broad daylight.”

The land above the beanstalk

In regards to devising how to get to Giant Country, Jamie Beard remarks, "I did some research, found The Old Man of Hoy which are big rock stacks in Scotland, and extracted the map from Google Maps. I knew if it was going to look good we would ultimately have to find a real place even at the previs level. It's satisfying when it all comes together like that. You do some previs, it looks okay, and then two months later they're in the helicopter over that exact place filming it!” 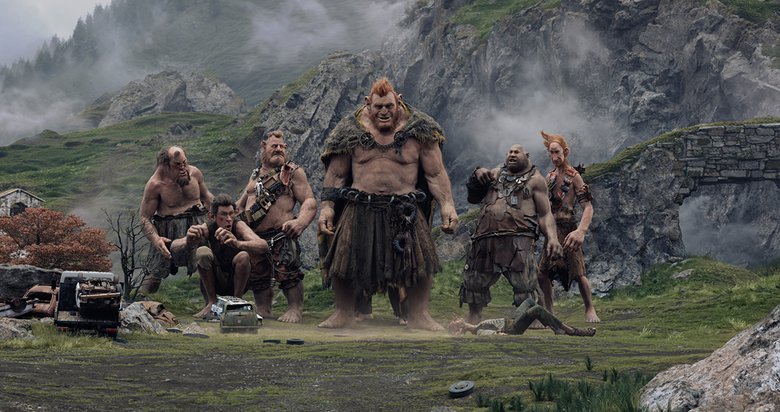 A variety of software is deployed to create the previs. "Like any company nowadays of considerable size, there's a lot of custom software that gets added in. A point difference between us and The Third Floor is that we have our own custom lighting software which corresponds to the lighting we'll get in the final render. As previs artists we could light it in the basic sense knowing that was achievable. We weren't doing tricks or anything with off-the-shelf software. Manuka was used for the rendering and the real-time lighting software is called Gazebo. Maya is our standard animation software, while the team uses NUKE when necessary for any effects, and Avid for editing.”

"When the shoot finished all we still had was a bunch of LEDs lighting our actors' faces as there was no artwork for the dreams,” reveals Jamie Beard. "There was a tricky Catch-22 situation between the animation and effects teams where I was looking at the effects guys going, ‘Can you come up with some awesome stuff like pixie dust?' And they're looking at me saying, ‘You've got to create the content in order for us to make the pixie dust. What is it?' I had one guy drawing dreams as funny New Yorker cartoons placed into a bottle. We even asked Weta employees to tell us their dreams. I got quite a lot of strange emails!" 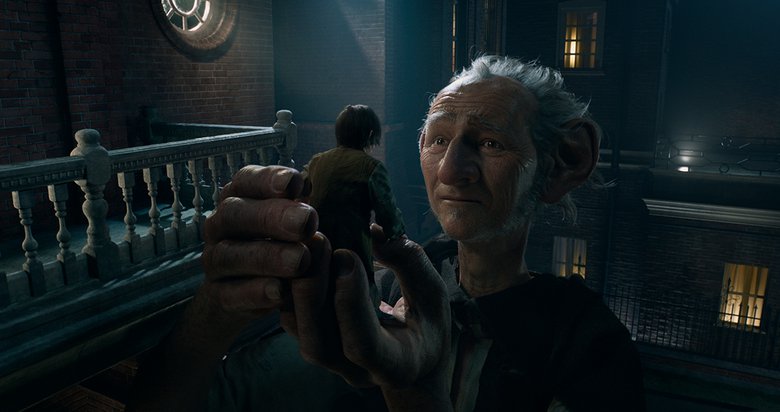 "The film was edited in a way that the audience had to get the dream in under a second. We had ideas like playing in a rock band but you play all of the characters. If you look at the shot when Sophie is in the Dream Cavern, there's a little girl dancing with a snowman, a dinosaur being ridden by a small boy and a person playing all of the musical instruments. The dreams had a golden light. The phizzwizard was easy because it was cheeky and moved around. The ones in the jars were inevitably a little bit static and had to play like little movies thereby requiring a lot of animation.”

Props were useful for lighting studies, and miniature sets were constructed by the Weta Workshop. "They did some tests by putting pinpoint lights in the small set of the BFG's cave to see what it would look like with a warm light here or a key light there,” remarks Jamie Beard. "In terms of animating, I remember great conversations about the brickwork in his cavern. When shooting it in motion-capture we didn't have to fuss over that detail. Once in the digital realm there was still an art department process that needed to happen.” 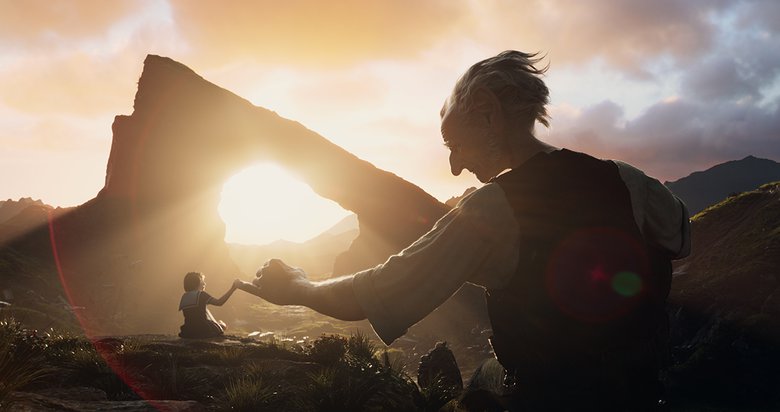 Adding to the detail requirement were shots lasting for 173 frames. Steven is brilliant at deep staging where he has something closer and leads your eye to the next thing. You just have to look at any of the Indiana Jones films where you can look all over the frame. It's all interesting and has to look brilliant.” Beard adds, "I have a big personal investment with sneaking into Buckingham Palace. We showed it to Steven. He said, ‘Put it into the movie.' That for me was a personal high. I am most proud of the way the press has received The BFG in that they're talking a lot about the performance of Mark Rylance not about the visual effects.” 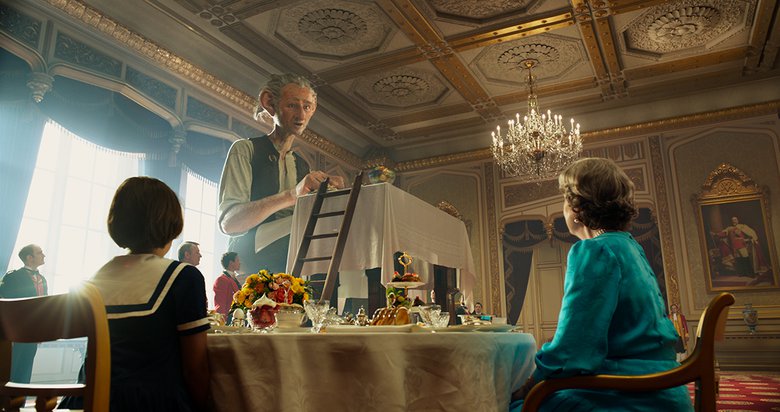 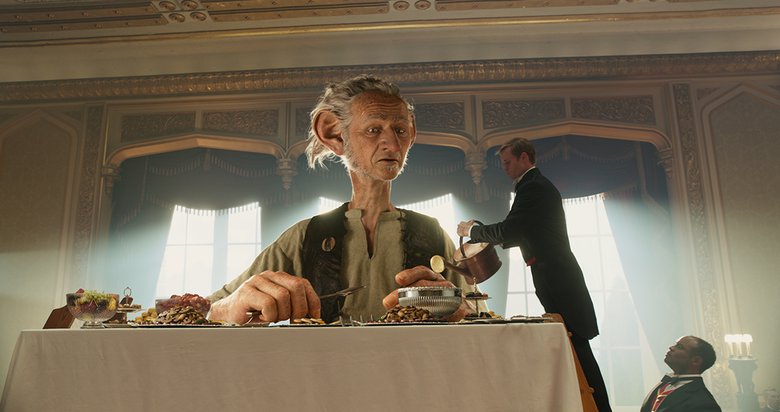