Based on the inspiring true story of two free spirits, “Adrift” follows Tami Oldham (Shailene Woodley) and Richard Sharp (Sam Claflin) as the pair journey across the ocean, unexpectedly sailing directly into one of the most catastrophic hurricanes in history. Although the film was shot on location in Fiji, Milk Visual Effects was enlisted to help realize pivotal moments, including a storm sequence in which a 100-foot wave capsizes the boat, and a long wide shot that underscores the gravity of the storm’s aftermath. We speak to Milk about the process.

“Water simulation is unforgiving since audiences have an intuitive feeling of what it should look like and it’s highly complex to generate,” explains James Reid, Head of FX and CG Supervisor. “A ton of data is produced so reliable render capacity was a big consideration in developing our workflow for “Adrift.” Deadline allows us to be productive in processing data and we’re able to execute on a much bigger scale with AWS resources.”

Creatively and technically, the storm sequence proved to be the most complex shot for Milk on “Adrift.” The sequence reaches a climax with a shot that was dubbed the ‘pitch pole’ shot by the team. It begins with a wide view of a stormy ocean with the boat careering toward, then riding up a massive wave before transitioning to the interior cabin as the boat capsizes and the camera pulls back into the water.

More than 3,000 frames long, the sequence required Milk artists, led by VFX Supervisor Sara Bennett, to craft the terrifying wave, which was largely animated by hand for perfect timing and mass, and stitch together plates from four live action cameras and three CG cameras to deliver one continuous shot.

“The pitch pole shot ended up requiring 62 TB, and a lot of that data is FX caching. When we wanted to render, we couldn’t have done it without the AWS cloud,” said Benoit Leveau, Milk Head of Pipeline.

With more than 7,000 frames, the post-storm wide shot was Milk’s longest sequence for “Adrift.” Reid noted, “When you hit ‘submit to farm,’ you want to see those frames return quickly, no matter how many there are. Having cloud resources makes for more fluid iteration and that leads to better work.”

Leveau added, “With AWS, we can easily tap different resources – like 96 cores with 256 GB RAM, or even more cores or RAM – for as short or as long as we need without investing in additional kit. Reliable machines are readily available with AWS and the specs are constantly upgraded, something we wouldn’t be able to do with physical machines.”

Ultimately Milk delivered 170 VFX shots for “Adrift,” 70 of which featured a stormy ocean, in around 10 months with a team that averaged 20 artists at a time. For the project’s six-week rendering phase, the studio scaled to nearly 10x its on-premises capacity, averaging 80K cores per day and hitting a peak of 132K simultaneous cores in the final stretch.

“The VFX work we did for ‘Adrift’ is ten times bigger than anything we’ve tackled previously in terms of scope, and it wasn’t the only project we were working on at the time,” shared Milk Head of Systems Dave Goodbourn. “Leveraging Deadline with AWS allowed us to be agile and punch above our weight; even a modest team can easily generate a ton of work.”

Milk’s pipeline was architected around Deadline in 2013 with a view to tap into the cloud, and the studio has experimented using cloud-based compute resources since 2015. The success Milk has found with AWS has helped it continue to grow beyond its boutique beginnings, maturing into a highly capable mid-sized studio. Having recently celebrated its fifth anniversary, Milk has increasingly been recognized for its work across features and television, already earning an Academy, Emmy, and three BAFTA Awards, among many other nominations.

With a current artist capacity of 220 across its London headquarters and Cardiff location, Milk’s studios are linked by Deadline, which runs as one resource across both sites, as well as spinning up cloud-based render resources as needed. This enables Milk to leverage any combination of on-premises and cloud resources as one cohesive farm that can be adjusted for compute demand peaks and valleys.

Beyond rendering, Milk sees potential for offloading more work to the cloud in the future. Reid concluded, “We’re definitely interested in exploring the execution of heavy simulations and data creation in the cloud. That way, making sure local machine specs are up to date and how data flows from workstations to the cloud are less of a concern. Virtual workstations could certainly help with some of our pain points and we’re experimenting with where they might fit within our setup.” 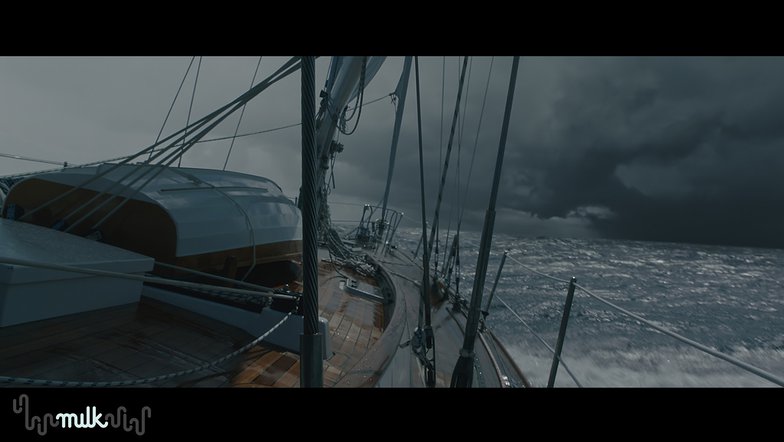