The InterPro IPW-SL combines an array of brand new and cutting-edge components to create an all-powerful workstation for modelling...

The InterPro IPW-SL combines an array of brand new and cutting-edge components to create an all-powerful workstation for modelling... 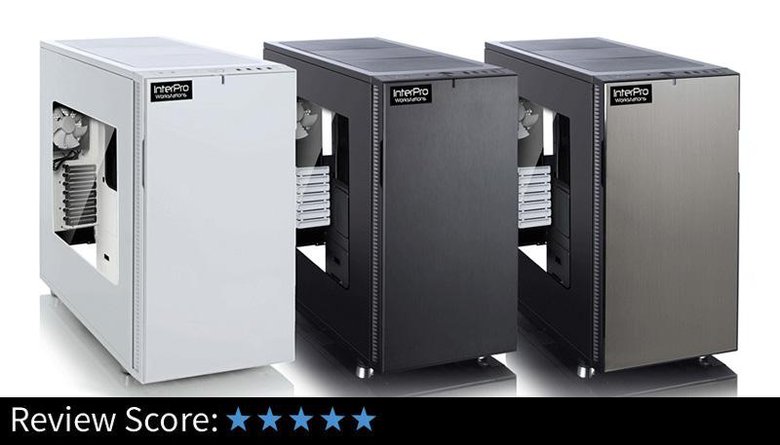 Workstations can be a bit like London buses – you wait all year for a new technological update to arrive, then two come at once. The InterPro IPW-SL combines Intel's latest Skylake processor generation with NVIDIA's Maxwell-based Quadro M4000, which we recently reviewed inside this very workstation. These aren't the only choice components, either. There's a super-fast PCI Express solid state disk for main storage, lots of secondary storage, a very healthy 32GB complement of DDR4 SDRAM, and even a Blu-ray rewriter.

First, the processor. Intel's Skylake is unusual in that the previous generation, Broadwell, has only been around for a few months, and we haven't seen any of its members in workstations, although there are Xeon E3 variants. Skylake already has more members than Broadwell, although currently no Xeons. It also maxes out at four cores at the moment, although we don't expect that situation to continue for very much longer.

The Skylake processor supplied in the InterPro is the current top model, the Core i7 6700K. This is a quad-core CPU running at a nominal 4GHz, although a single core can rise to 4.2GHz when the other three are under-utilized. However, InterPro has chosen to permanently increase the clock speed of this processor to 4.8GHz, with Corsair water cooling to keep temperatures under control.

Intel's latest Skylake processor generation currently tops out at four cores, but shows loads of promise compared to its Broadwell and Haswell predecessors

As usual, Hyper-Threading is on hand to double the four physical cores into eight virtual ones. On paper, there is no improvement here over the fastest quad-cores from Intel's Haswell generation, but an improved architecture promises greater performance. The 6700K has also been partnered with speedy 2,666MHz DDR4 memory, and the 32GB quantity will mean the need to upgrade should be years away, if ever – which is fortunate, as there are no DIMM slots free.

Graphics acceleration takes the form of the just-released NVIDIA Quadro M4000. This replaces the K4200, and improves on it noticeably. Where the K4200 offered 1,344 CUDA cores, the M4000 raises this to 1,664, and where the K4200 came equipped with 4GB of GDDR5 memory, the M4000 doubles this to 8GB. So it should provide significantly improved performance, as our standalone review of this card illustrated. 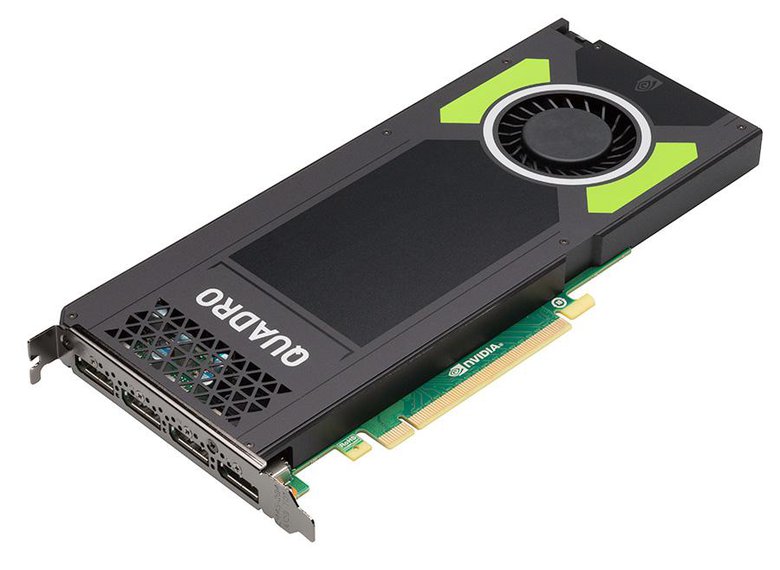 InterPro has provided a generous and comprehensive storage complement, too. The main drive for operating system and applications is the now familiar solid state disk, and the latest PCI Express variety too. Even better, the 400GB Intel 750 Series is a NVMe SSD, which promises phenomenal read rates of up to 2,200MB/sec reads and 900MB/sec writes. We tested this with Crystal DiskMark 5.0.2, and got results of 2,373MB/sec and 1,069MB/sec respectively for sequential reading and writing, which actually exceed the quoted read rate and are four times what even the top SATA SSDs offer, and also faster than most M.2 versions too. There's no skimping with the secondary conventional 7,200rpm hard disk, either, which comes in the form of a capacious 4TB Seagate Desktop HDD.15, managing 162.9MB/sec read and 160.9MB/sec writing in our testing. With a 16x Asus BW-16D1HT Blu-ray rewriter to round things off, the only thing missing is a multi-format memory card reader. 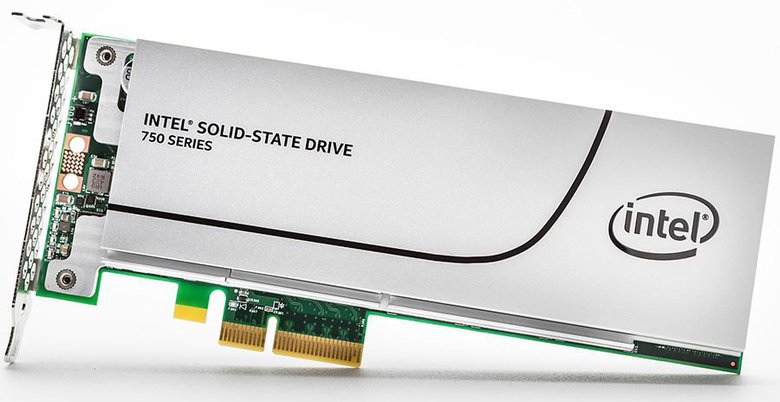 The Intel 750 Series PCI Express SSD offers read performance that is more than twice that of SATA alternatives, and writing is quicker too

The Skylake generation clearly has some performance potential. In the Maxon Cinebench R15 render test the InterPro achieved 1,005, which isn't huge compared to multi-core Xeons or the top eight-core options from the Haswell generation. But, to put this in perspective, the Fujitsu CELSIUS M740 POWER managed just 1,075 with six cores to this system's four – a mere seven-percent boost from fifty-percent more cores. We can't wait to see what six- and eight-core Skylake Core i7s can do in the future.

"SPECviewperf 12 results are excellent across the board, implying great modeling abilities with any type of software"

Modeling performance, on the other hand, is dominated by the NVIDIA Quadro M4000, which has proven itself to be a capable upgrade over its K4200 predecessor. The Cinebench R15 OpenGL result is merely good at 142.1, but SPECviewperf 12 scores are phenomenal. Highlights include 70.31 in maya-04, 110.55 in the SolidWorks sw-03 viewset, and an incredible 5.85 in energy-01 – one of the highest we have seen from any workstation. But results are excellent across the board, implying great modeling abilities with any type of software. 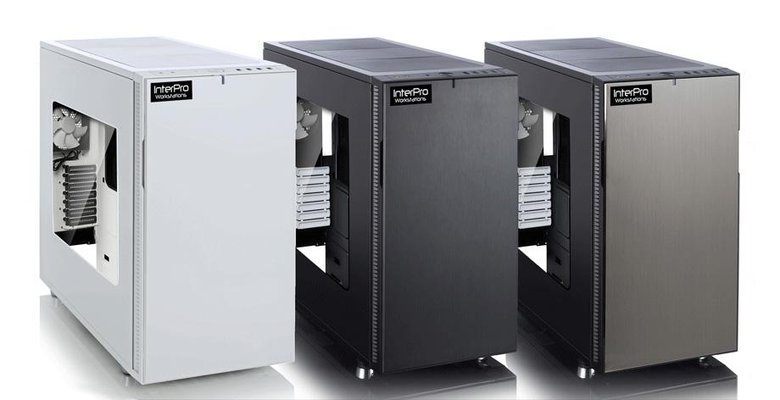 The InterPro IPW-SL comes in a Fractal Design Define R5 with a side window, and is available in a variety of colors

The InterPro IPW-SL is a very capable, thoughtfully specified system. It offers decent rendering for a quad-core workstation, but its modeling abilities are exceptional, thanks to the supreme NVIDIA Quadro M4000. There's ultra-fast main storage and capacious secondary storage, plus enough RAM to keep this workstation current for a good few years. Although the price of £2,195 ex VAT is quite steep for a quad-core workstation, the specification has no weak spots. For 3D digital content creation, primarily focusing on modeling but with a bit of rendering on the side, the InterPro IPW-SL provides powerful and well-rounded workstation features.