To celebrate the new Kickstarter campaign for our print magazine GRAPHITE, here's Larry MacDougall, one of the featured gallery artists, sharing a glimpse into his concept creation process...

To celebrate the new Kickstarter campaign for our print magazine GRAPHITE, here's Larry MacDougall, one of the featured gallery artists, sharing a glimpse into his concept creation process...

GRAPHITE will be a quarterly independent art magazine featuring inspiring interviews, tutorials and images from sketchers, illustrators and concept artists around the world. Click the banner above for more information! Now over to Larry MacDougall, fantasy artist extraordinaire, for the first of a three-part sketching series...

There are an endless number of ways to draw faeries, so I decide to jump in with the first page and just see what happens with some random doodles. I am thinking about poses and costumes and what kind of personality the faerie might have. Is she good or bad, sneaky or shy? I have to find out through drawing. I like what is happening and I decide to keep going and push onto another page. 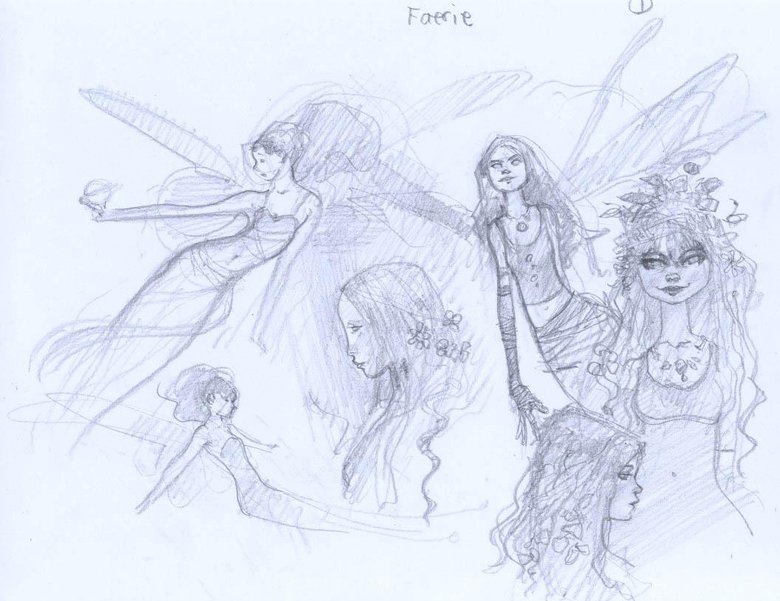 I am starting to feel warmed up and I keep drawing. Faeries are closely tied to the natural world and so I draw a wren in the lower right corner. Maybe it will spark an idea. It could be something I want to come back to later. I kind of like the faerie in the upper left corner with the bee. This idea has potential. Let's keep going and see what happens. 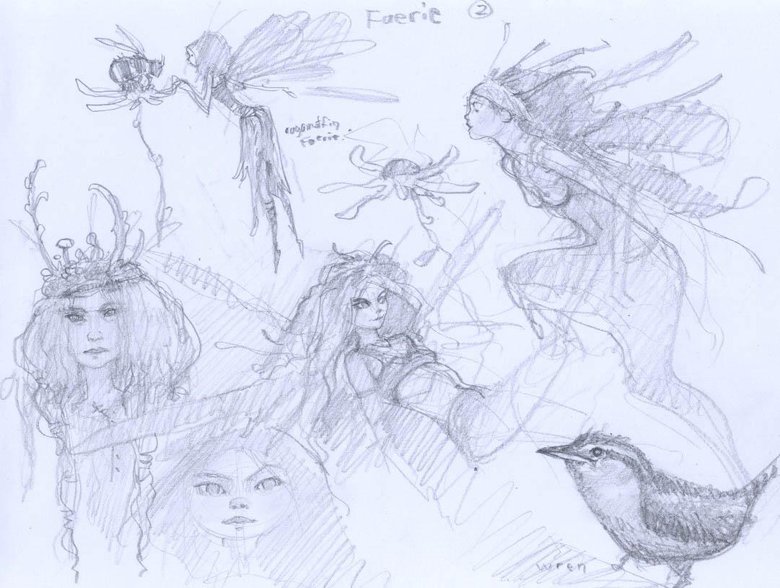 The faerie with the bee from the previous page has inspired me to try again, so I draw the central figure on this page and play up what I am calling the "ragamuffin” character I felt she had from the first drawing. I like this idea but I push on and try a few other things. I give the one on the left a kind of Brian Froud-inspired hat and cover it with vines and wild flowers. 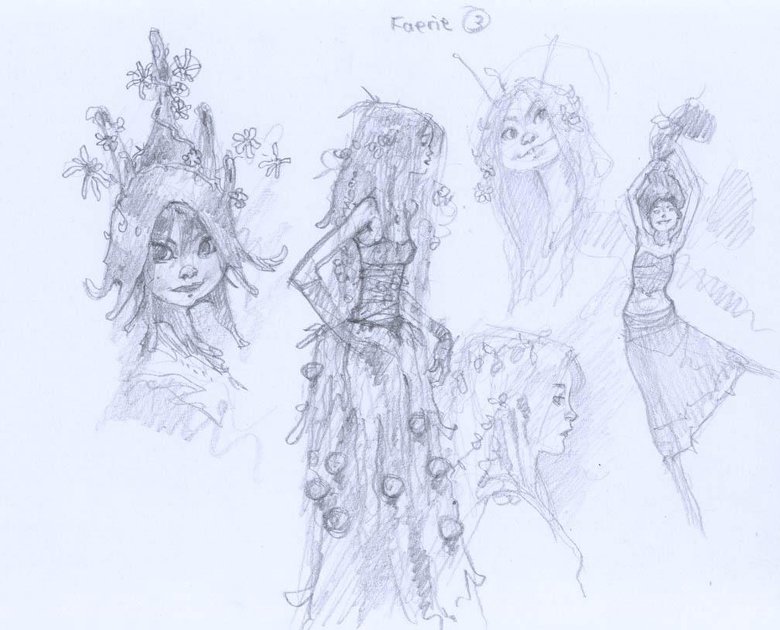 I still like the ragamuffin idea and have advanced to calling it the Ragamuffin Ballet. I want to see what else I can come up with. One has a rain drop and I come in a bit closer and do a sort of portrait on another one. I want to see if I can start to pin down what she might look like. It's still too soon for anything definite but I would like to have something in the bank if further explorations do not pan out 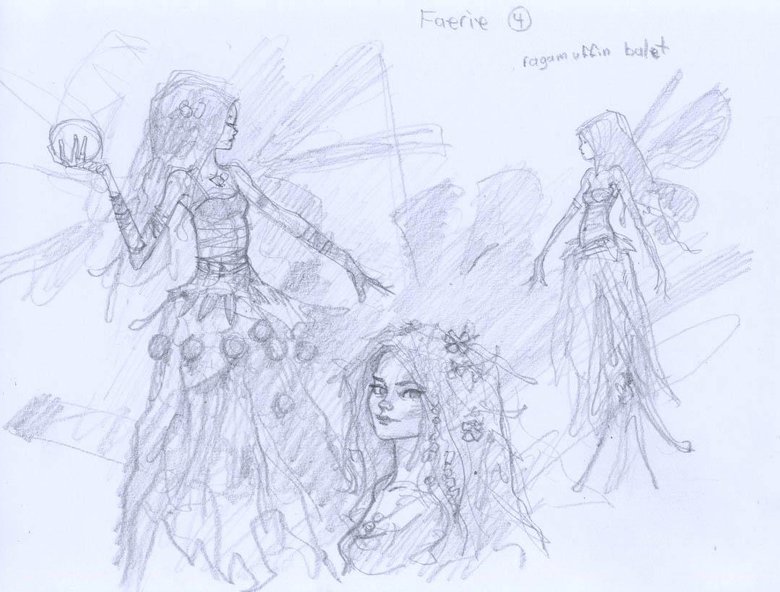 I want to change it up a little this time and head down a slightly darker path. The bee has got me thinking about wasps and what a wasp faerie might be like. Nasty and mean, I think, and she would probably sting! She might even be evil, which is where I end up with the drawing in the lower right-hand corner. She looks like something that might fly out of the dark and put a curse on you. I have given them striped costumes to emphasize the wasp/danger idea that many stinging insects have. 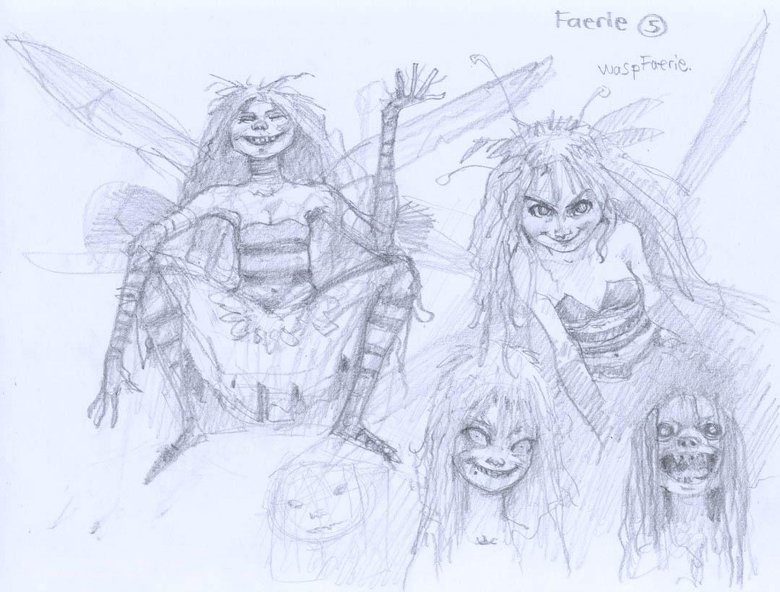 I want to push the wasp idea a little further and she becomes more shadowy and phantom-like as I keep drawing. Again I have stopped in the right-hand corner with a ghostly sketch that will point the way onto the next page. 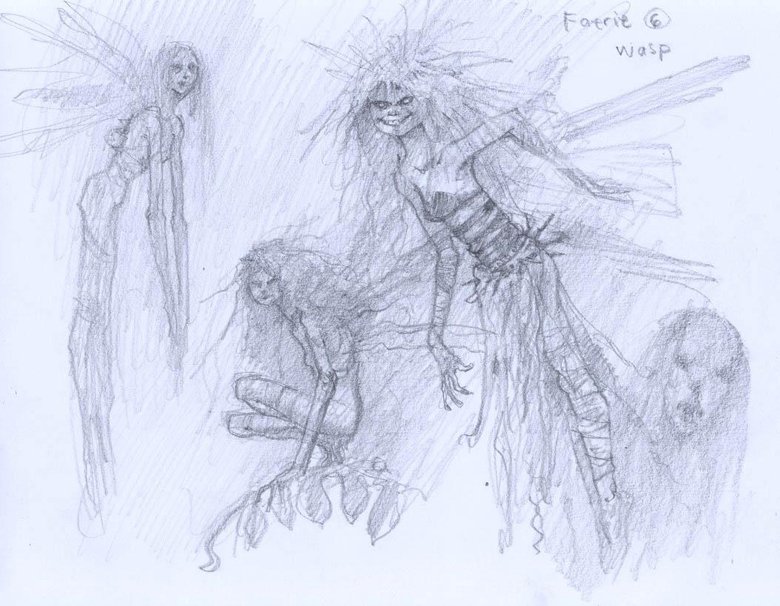 Here I am now thinking about ghosts, spirit faeries and mysterious beings half glimpsed at twilight. The central figure still has a wasp-like costume but the emphasis is now on spooky and dangerous shadow faeries. I want to keep the drawings vague and misty so that you're not quite sure what you're looking at. This will help to strengthen the supernatural idea. 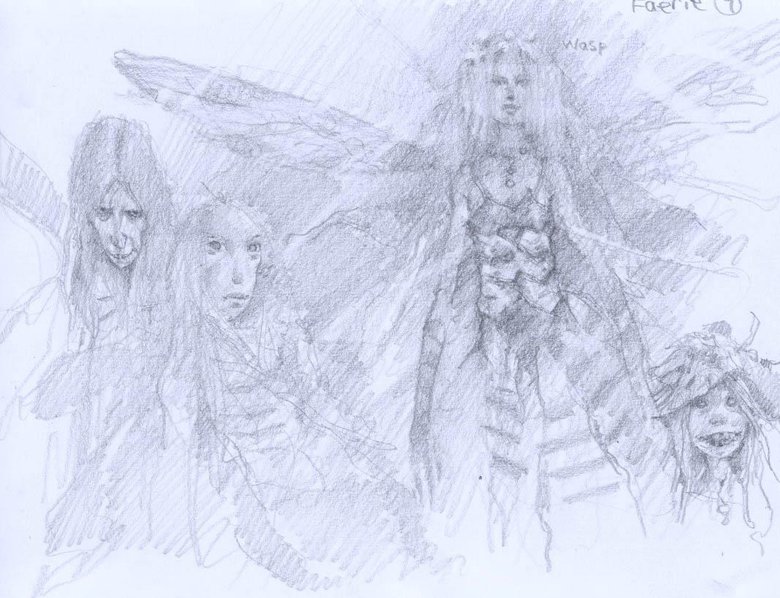 I keep drawing, but the shadow faeries are less spooky and I start coming back to the lighter side of the unseen realm. The Ragamuffin Ballet is still in the back of my mind, although I am still drawing in a ghostly and blurred way with lost edges and non-contrasting tones. While drawing the figure on the right, some random lines begin to indicate a muscular arm, and so I go with it even though it seems completely inappropriate for that kind of character. I can't stop myself. 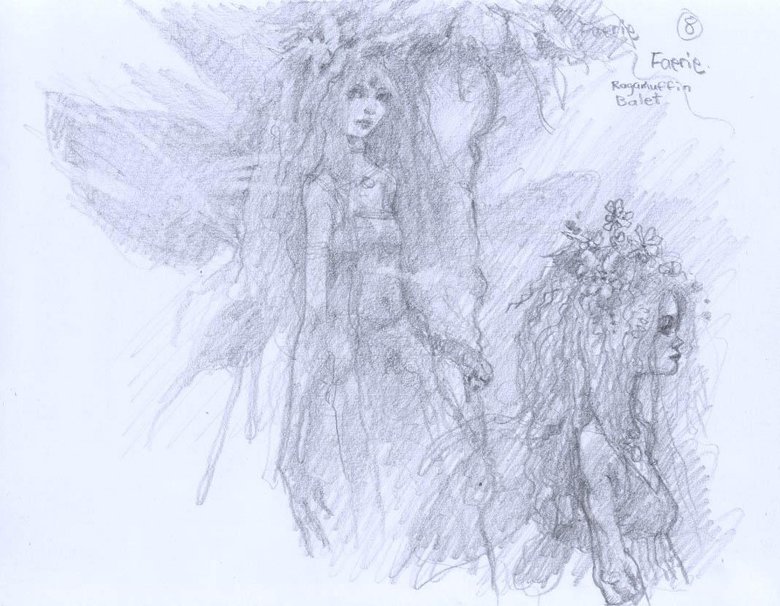 Now I am back on track after a diversion into the shadow world of dark faeries. I want to see if I can make the bee idea work. Here is a shot at what the final drawing might look like. I want the faerie and the bee to be connected. They know each other and like each other. 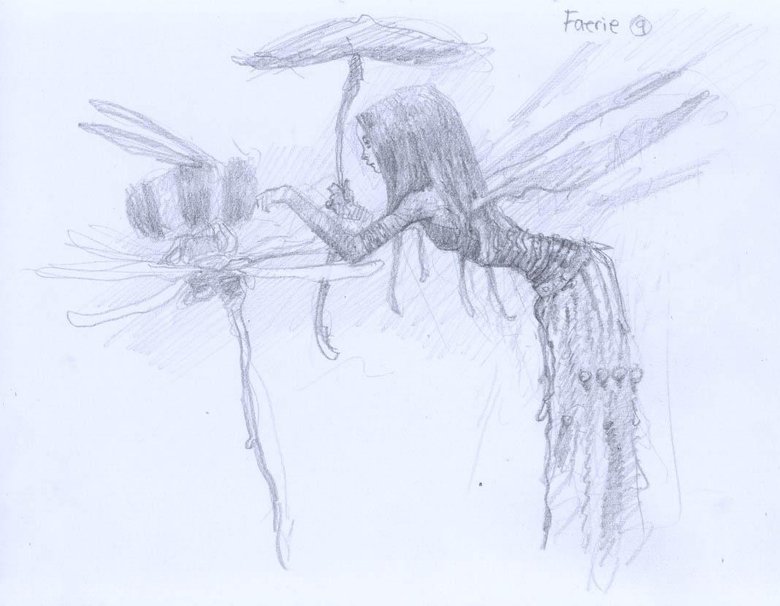 The final drawing. The ragamuffin faerie has picked up a daisy and is using it to shield herself from the sun. The bee is bumping his head into her hand, the way cats do, as he sits on his own flower. This is what the initial sketch way back on the second page was leading to, but I needed to explore some other options before committing. Art directors often want to see a variety of ideas and so it is always a good plan, time permitting, to try a few things before settling on your final idea. 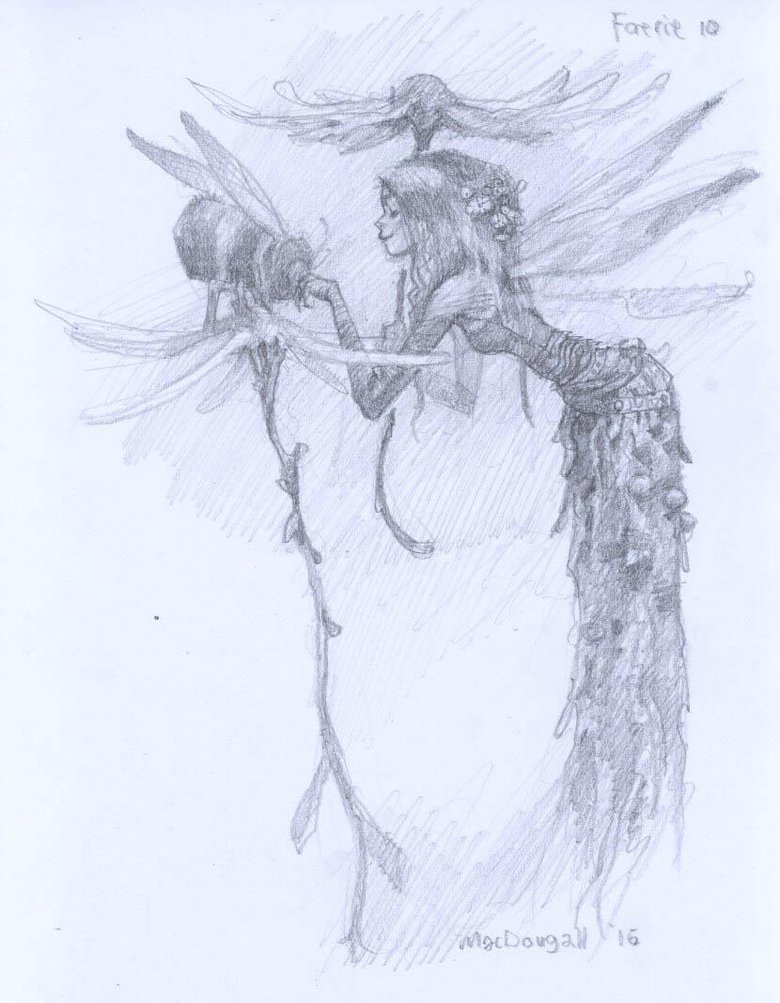 Larry MacDougall is a fantasy illustrator and Silver Spectrum Award winner based in Canada. Find more of his work here.

Click the above image to find out more about GRAPHITE magazine