Emmy winning motion graphics artist Hazel Baird explains how she used CINEMA 4D and After Effects to create a distinctive world for her clients...

Emmy winning motion graphics artist Hazel Baird explains how she used CINEMA 4D and After Effects to create a distinctive world for her clients... 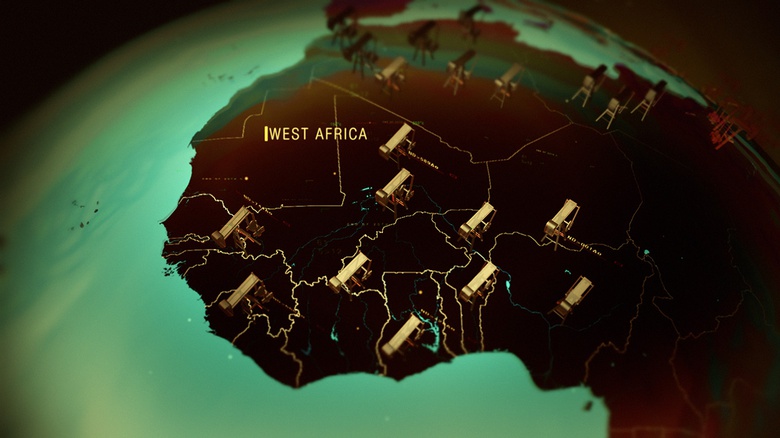 Twenty seconds isnt much time to convey the look, feel and message desired by a client. For an animator, that means creativity and the ability to be concise are crucial.

That challenge was on the plate of Emmy winning London-based graphic designer and motion graphics artist Hazel Baird on a pair of recent projects. Baird, who is the new head of design for Clear Motion, an in-house design company that is part of award-winning post-production house Clear Cut Pictures, recently worked on short clips to showcase a pair of disparate entities Rome-based film studio Cinecitta and Planet Oil, a documentary series exploring how weve become so reliant on oil in little longer than a human lifetime. Using CINEMA 4D and After Effectss, she created a distinctive 'world' for both clients. 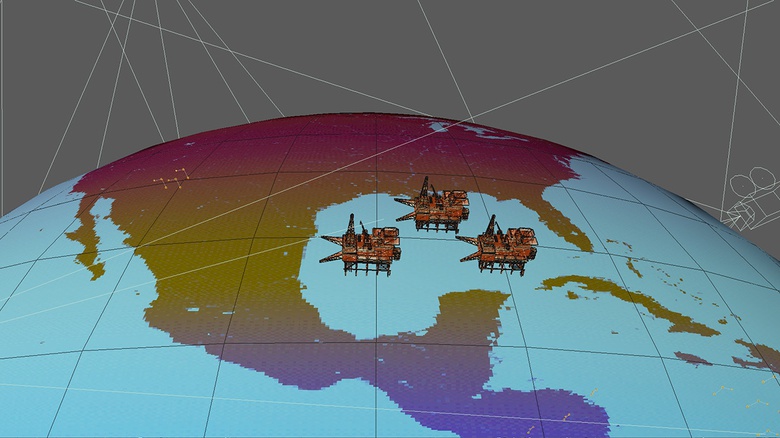 Both of the projects were freelance assignments for Baird, who got the name for her studio Your Mother Ate My Dog, from Peter Jacksons 1992 film, Braindead. She says her creative process is grounded in experimentation and a lifelong love of film, and her work usually has a cinematic feel to it. I use a lot of layering techniques and usually have a lot of multi-passes from CINEMA 4D, and then layer them in After Effects, where I then do another layering process and heavy grade.

Baird started using CINEMA 4D in 2002 after a friend told her how intuitive it was. He showed me the basics, and from there I started learning from tutorials online and from other colleagues, she recalls. I realized that with a combination of CINEAM 4D and After Effects, I could make my projects look really interesting. A lot of people think my work is built from complicated builds in CINEMA 4D, but really its using a few simple techniques, creating passes and then importing them into After Effects where further process begins.

Baird had already worked on the two assignments with London-based Kazoo Creative in the case of Cinecitta, but this was the first time shed worked with Glasgow-based Playdead. Each clip took about three weeks to put together. For Planet Oil, Baird and Playdead designed 18 maps showing how oil has been produced and developed over the years, and how we have become so reliant on a substance that began life tens of millions of years ago. 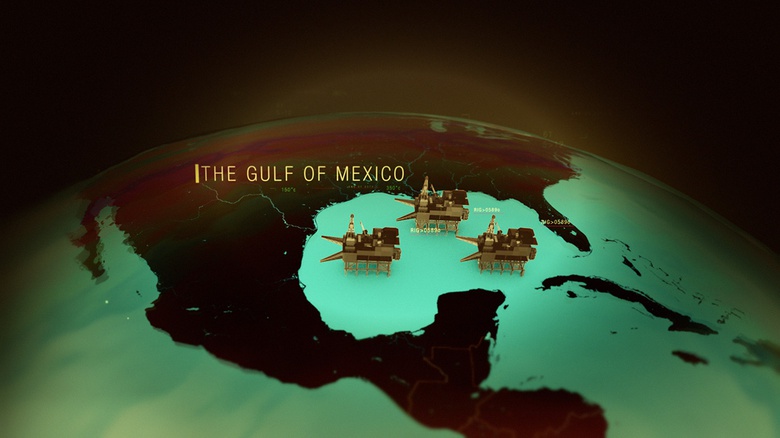 The final map build was done in After Effects using 3D data and passes from CINEMA 4D. The nulls were in place, so I could put the text in 2D space along with any other bits of text, she says. There are three world map passes: one with the color and displacement, one without the displacement with a blue-brown color for the countries and sea, and one with just the borders. All of them were mixed together so she could manipulate the displacement, and Red Giants Magic Bullet plugin was used to refine the look. 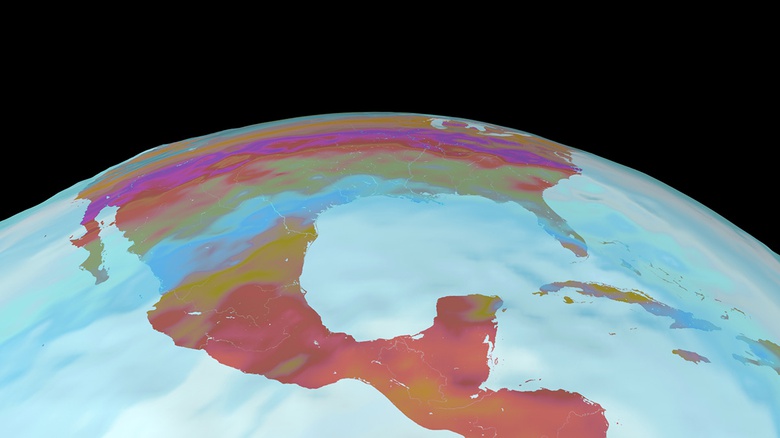 The client wanted the planet Baird created to evoke an oil effect as the clip traveled the earth, depicting Planet facilities as oil derricks along with coordinate numbers reflecting latitude and longitude. Bairds cohorts at Playdead had produced a test clip using a displacement map, but it didnt turn out quite right. So Baird had the idea of making the maps look iridescent, enhancing the effect of fuel on top of the water, creating a thin film and interfering with the light to produce different colors. Using CINEMA 4Ds standard render feature and CSTools, she eventually got the look
she wanted.

It was challenging, but with CINEMA 4D it only took a few hours, says Baird. I had no idea you could animate the displacement map. The camera moves in the Planet Oil clip were made using MoCam, an 8-point motion graphics camera system. It just makes it really smooth especially when you have to pull out and go from one country to the other, says Baird. There are no keyframes, so if you have to change the timings, its really easy.

For the Cinecitta clip, the primary challenge was figuring out a way for the animation to not only reflect the studios body of film work, but also to represent the fact that it would soon be opening a theme park, Cinecitta World.

Baird had to use a zoetrope-style animation to build a multi-dimensional spiral for Cinecitta. To do that, she used the tube object and modified it. She made a cube and put it in a radial cloner and put both in a boole to make the zoetrope structure. Next, she made a light blue luminance material and put it on the cube panels. I animated it by rotating it really fast to give the illusion of it going forward then backward, like a car wheel, she says.

Baird came up with three ideas, one of which was a multilayered spiral that moves hypnotically toward the viewer. Saul Basss famous titles from the Alfred Hitchcock film, Vertigo, were her inspiration. I knew I wanted it to look like we were travelling down the rabbit hole, she says.

How did she do it? She made use of the CINEMA 4Ds helix spline, increasing the images length and inserting flat rectangles that multiplied into a tunnel of sorts, she recalls. I then just pushed the camera from one end to the other while animating the helix, rotating, increasing and decreasing the panels and getting as much movement as I could. The material used on the panels had a reflective gradient of three colors, allowing her to better manipulate the color in After Effects.

I see it as a great opportunity to produce original content and have great narrative structure to our future projects, so whether its film, broadcast, live action, game content or advertising, we will do everything we can to make that project individual and unique.

Dan Heilman is a St. Paul-based writer and editor.