Boxel Studio reveals how it delivered a powerful animation feature-film debut in El Americano: The Movie with a MODO-centric workflow 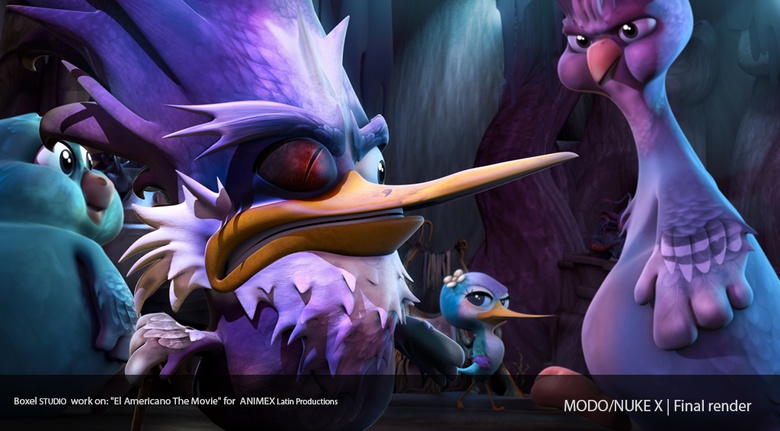 Boxel Studio reveals how it delivered a powerful animation feature-film debut in El Americano: The Movie with a MODO-centric workflow

El Americano: The Movie is a heartwarming tale of avian adventure spanning cultural and international borders. And what's more, it propels Mexico's Boxel Studio into the VFX spotlight.

Situated only 2 hours south of Hollywood, just across the border in Tijuana, Boxel Studio is pushing to carve out its own niche in Mexico's small but steadily growing film industry. Despite having less than a dozen consolidated studios working on CGI animated features, high-end broadcasting or VFX productions, the country's film scene shows great promise, says Boxel founder and president Andres Reyes Botello.

"The (studios) that are consolidated are doing excellently, and in the last couple of years other studios have showed fast-paced growth; mostly doing national animated features and commercial productions," Andres notes. "In general, Mexico has a lot of potential in the industry."

Boxel was founded in 2008 as a visual content company offering a broad line of production solutions. With an impressive body of design work to its name, ranging from still photography and illustration to 3D visual design and motion graphics, the studio made an exciting shift in 2011 into animated film production. 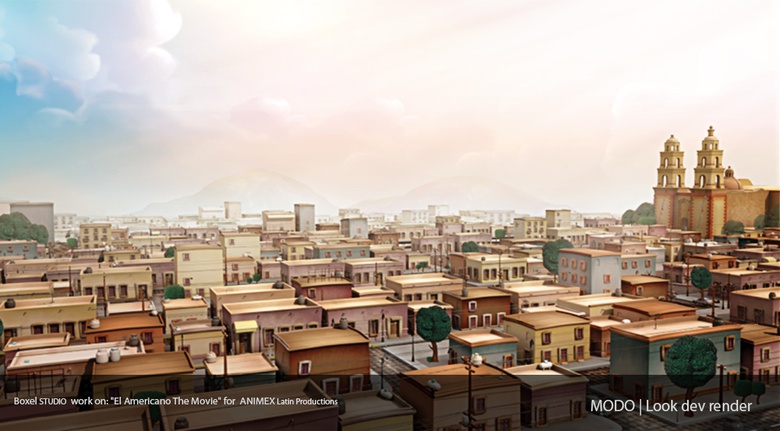 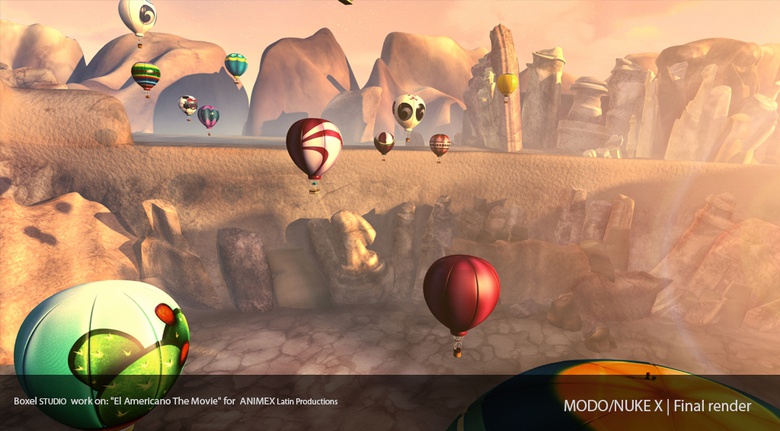 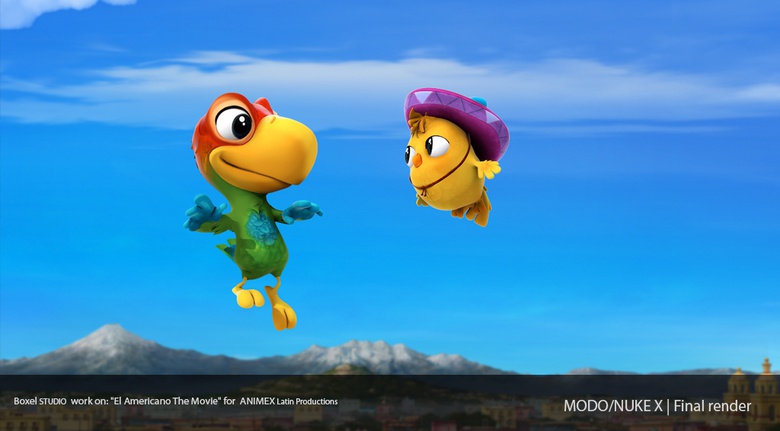 Making a break with MODO

For Boxel's first foray into feature-length animated film production, the innovative design and motion graphics studio chose MODO to build and animate a stunning set of stylized critters - from scratch. And since Boxel already uses MODO extensively for much of its 3D design work, the opportunity to use it for a feature-length animated film was a natural transition for the studio.

Andres first met the director of El Americano at the Tijuana Innovadora event; he had originally intended to make the film in 2D. "Back then he was explaining to me his situation with his 2D animation studio and his curiosity [about] making El Americano into a full 3D CGI production," he recalls. "From there, we instantly got on to a good relationship and started working on the look dev for the characters and environments, doing some animation, lighting, and rendering tests for this film." 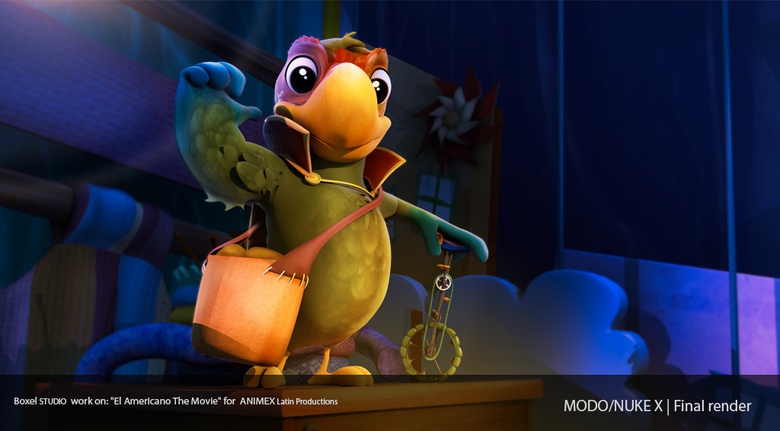 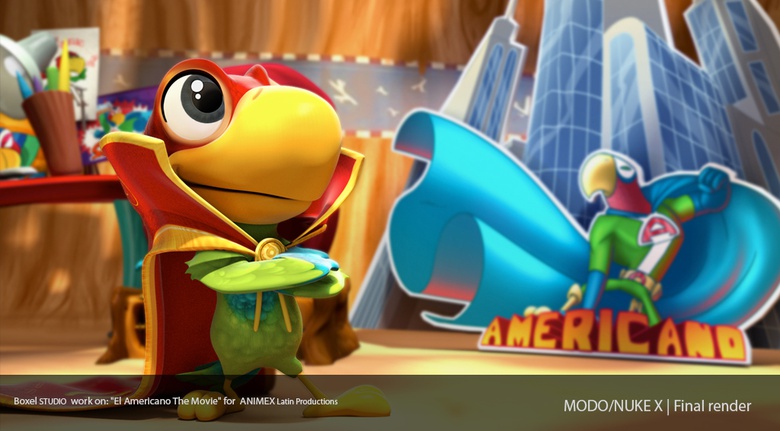 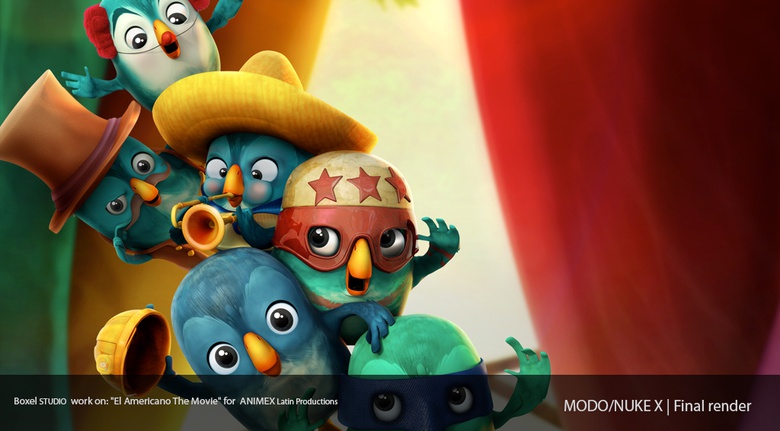 El Americano's colorful, vibrant animated world centers around a young parrot named Cuco who embarks on a dangerous journey to help recover his family's circus from a gaggle of bullying birdfolks whove taken it over. Enamored with his TV super-hero "El Americano", Cuco sets out to Hollywood in hopes of enlisting his hero's help, only to discover his own inner heroism in the process. It's a touching tale full of adorable characters that spring to life on the screen in 3D.

Boxel Studio used MODO for "just about everything" on the film, according to Botello, who adds it was selected as the core engine on the production for its speed, ease of use, and overall versatility. From character and environment modeling to animation, rigging, and lighting effects, MODO handled much of the heavy lifting. 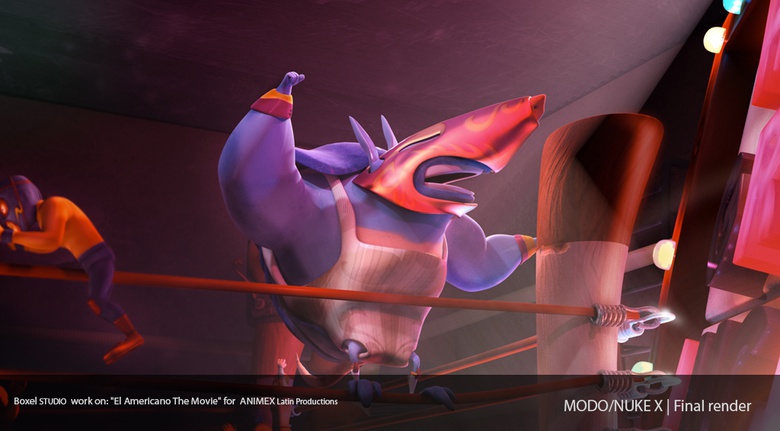 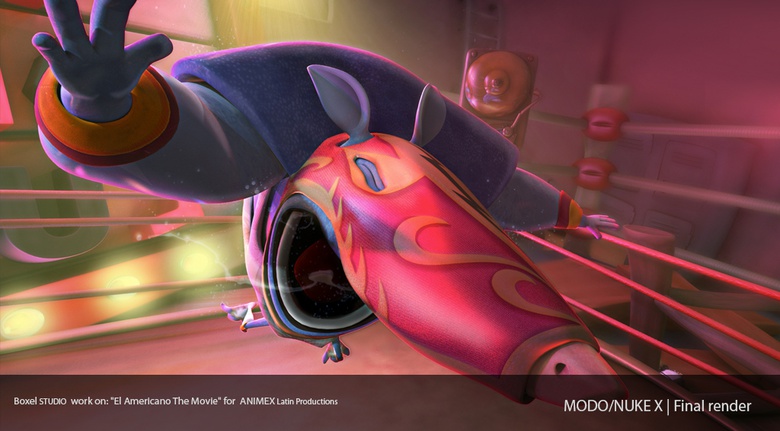 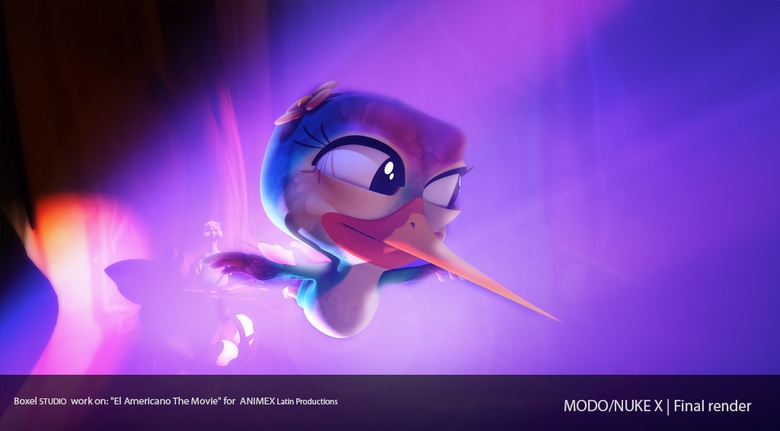 MODO was particularly popular with the Boxel team for the speed that it lets animators set up a full pipeline structure as well as its compatibility with other platforms. "MODO is a powerful technological tool that allows the artist to work in a comfortable environment," Andres adds. "I just do not see any other package compete against MODO in cost, productivity, and quality when achieving a 90-minute animation film in full stereo in only eight months."

Cuco - the early days. See how everything started...

Cuco - animation test. See him in action!
El Americano: The Movie is set for release in 2014. Find out more about the studio on its official website and visit the Facebook page for updates.