A $1.5-million bid to bring gaming graphics to the movies

"We could revolutionize the movie industry!" Chris Doran, founder of Geomerics and Art Director at ARM reveals its $1.5-million grant to bring gaming graphics to films...

"We could revolutionize the movie industry!" Chris Doran, founder of Geomerics and Art Director at ARM reveals its $1.5-million grant to bring gaming graphics to films...

Geomerics, a company focused on lighting in games, has been awarded a $1.5-million grant to transpose their tech to movies. We find out why, and what it means for the industry...

Geomerics, the UK-based game lighting company, announced it is to receive a $1.5-million grant to bring gaming graphics to the movie industry something that could revolutionize the entire way movies are made.

We spoke with Chris Doran, founder of Geomerics and director at ARM, to find out what the grant from the UK Technology Strategy Board will mean for this section of the industry, and artists as a whole.

3dtotal: What's the history of Geomerics? When/why was the company founded?

Chris Doran: Geomerics was founded in 2005 as a spin-out from Cambridge University. Our goal was to take technology developed in research applications in physics and engineering and to apply it to the games industry. We started looking at a wide range of applications, but by 2006 we had focused our attention on lighting, particularly new techniques for dynamic lighting.

3dt: What does the $1.5 million grant mean for the company, and to you personally?

CD: The award is shared between Geomerics and our partners from the film and games industries. What the money creates is a focused collaboration around the challenge of developing cross-platform technologies that can span games, film and broadcast media. Each partner could have gone after this on their own, but the award helps establish a consortium with a common purpose, and a commitment to deliver results to a fixed timeline. 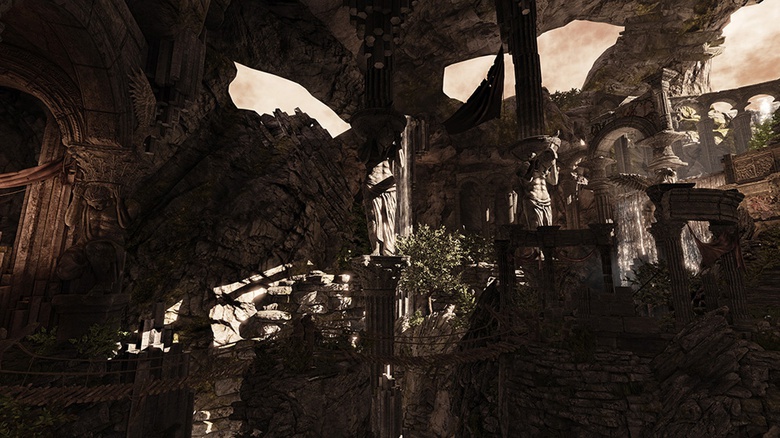 3dt: What does the UK Technology Strategy Board do? Why did they choose you for the grant?

CD: The Technology Strategy Board is the UK's innovation agency. Their goal is to accelerate economic growth by stimulating and supporting business-led innovation. One of the main mechanisms for achieving this is through research awards that are the results of a peer-reviewed competitive process.

The Technology Strategy Board identified cross-platform technologies that span gaming and film as a key area of growth for the UK economy, given our existing strengths in both fields. They announced a competition call in 2013, and Geomerics chose to put in a bit where we led a consortium made up of our industry partners. We made a strong case that dynamic lighting was going to be a key component of future cross-platform technologies, and that game lighting technology like ours was the right place to start developing cross-platform tools.

The Technology Strategy Board agreed with our vision, and chose to support our project. 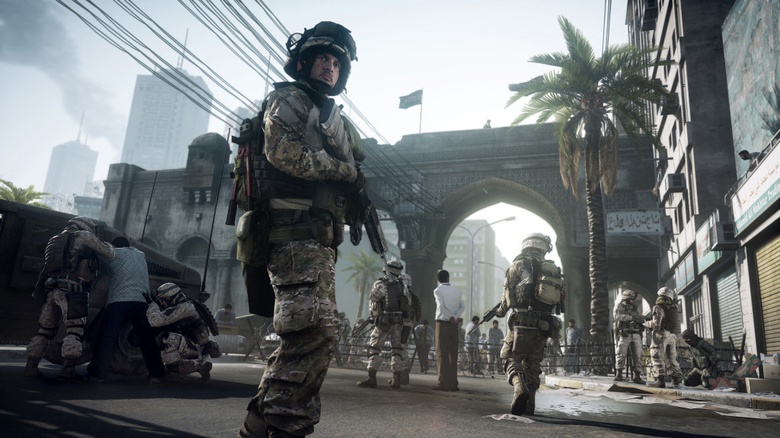 A number of big-name games have been involved with Geomerics, like the cutting-edge Battlefield series from EA

3dt: What do game graphics do for the movie industry? Why are they important?

CD: The obvious difference between game graphics and film technologies is that game graphics have to be rendered in real time. This has led to a marked divergence between the approaches adopted in the two industries. Film has tended to favor ray-tracing technologies, often utilizing a farm of dedicated CPUs, whereas games have adopted rasterization techniques and the opportunities for parallelization afforded by modern GPUs.

"There has been a long-standing view in the film industry that games will eventually adopt their techniques, but it is no longer clear that this is the case. We believe the opposite"

There has been a long-standing view in the film industry that games will eventually adopt their techniques, but it is no longer clear that this is the case. We believe the opposite. The games approach of breaking the problem of lighting a scene into separate pieces, and looking for separate optimizations that take advantage of commodity hardware, is now delivering results that rival all but the very high-end films.

We see these techniques being used increasingly in pre-visualization, and for many applications we see games technologies being appropriate for production quality in a fraction of the time. 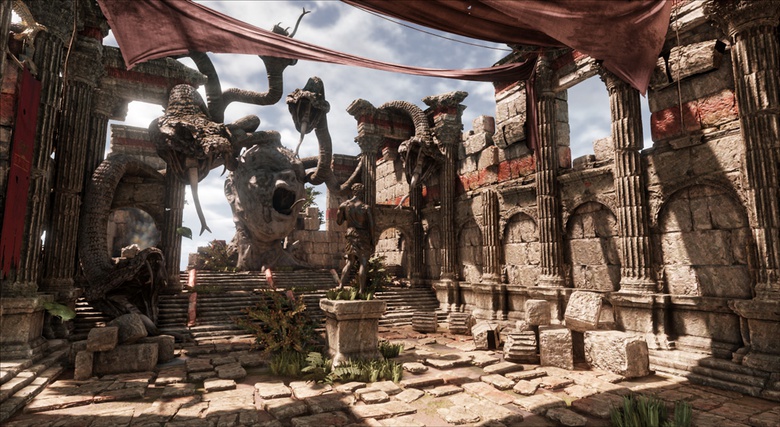 Removing interactive elements from scenes - i.e. turning them into movies, rather than games means there'll be more, higher quality elements to play around with

3dt: Could this sort of thing become standard? Could it revolutionize the industry?

3dt: Why hasn't it happened sooner?

CD: People have been talking about convergent pipelines for many years, but up until recently there have been some significant technical blockers. Probably the most significant has been the materials models that games have used historically. These were chosen to be fast, but were quite basic. The recent move to physically-based shading in most games engines has removed this problem and means that games and film can start to share some common standards in how they define assets.

"It was difficult for someone outside the industry to pick up the technology. This has all changed with the arrival of mobile and the upsurge in indie gaming"

Another significant problem was the fact that high-end games technologies have tended to be very specialized. Our own Enlighten technology has fallen into this camp in the past. The technologies were written by games developers, for games developers with an existing pipeline. This has meant that it was difficult for someone outside the industry to pick up the technology.

This has all changed with the arrival of mobile and the upsurge in indie gaming. This new audience of developers wanted tools that just worked, so that they could get on with making a game without having to build a pipeline from scratch. This has had a profound effect on our industry. 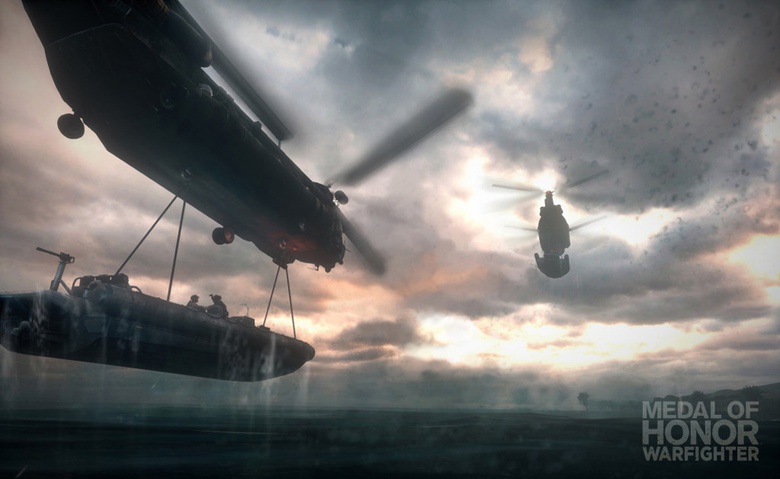 Lighting in games used to be something everyone highlighted now it's so good, thanks to companies like Geomerics, that we don't even notice it unless we're looking for it!

3dt: What does it mean for artists? Cheaper routes to animation tools, for example?

CD: For artists this convergence should mean faster tools and massively reduced iteration times. Rapid iteration is the key to driving up quality, and the games industry places huge emphasis on tools and technologies that allow games to be made faster. This drives up quality and reduces cost, and also lowers the barrier to entry for new artists.

3dt: Will the move into the film industry change Geomerics' focus? Or will you straddle both areas?

CD: We will straddle both areas. Our goal is to push our technology to the point where it can be used easily in high-end film production. This will require us to develop a more coplete pipeline and push our runtime technology to ever higher quality. We see this as benefitting our existing customers in the game industry, as well as opening up new markets for us in film and broadcast media. 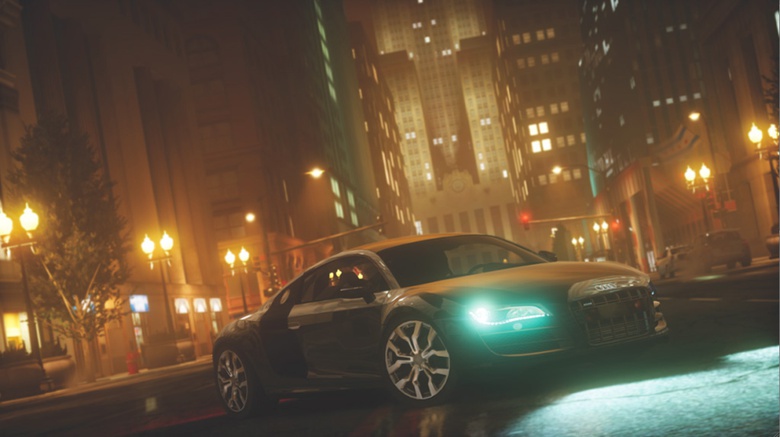 The future of VFX

It'll be interesting to see if, in the long run, the grant has a big effect on both Geomerics and the world of visual effects as a whole. But one thing isn't in doubt: it's a move that makes total sense. Harnessing the power of modern gaming middleware removes boundaries and allows more people than ever to produce fine-looking features. Anything that brings more people into the game, if you'll excuse the pun, is very welcome indeed.