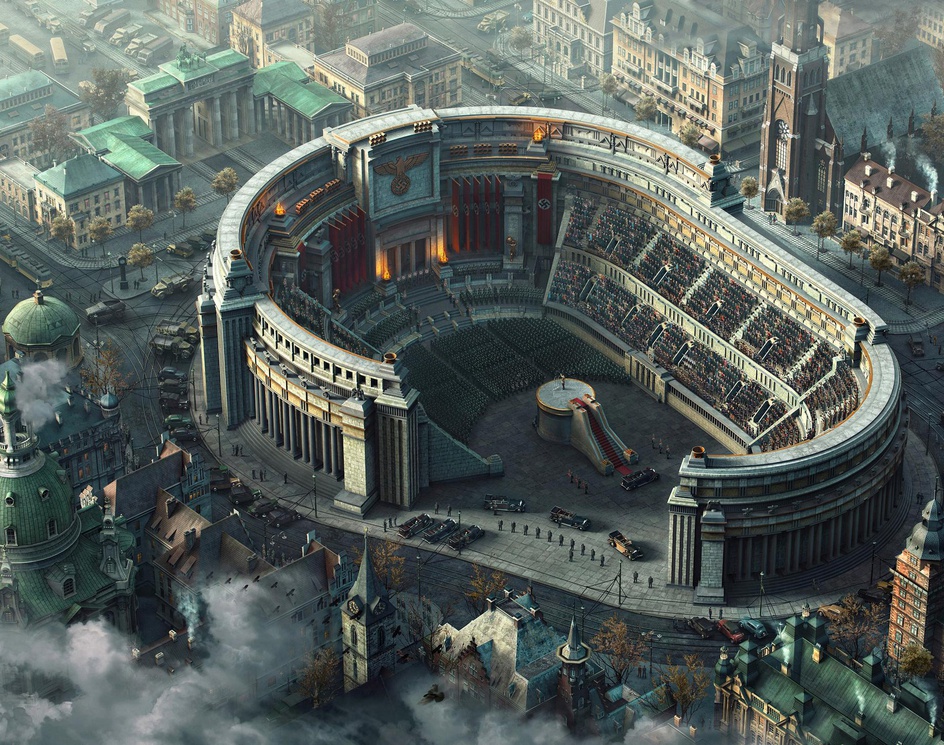 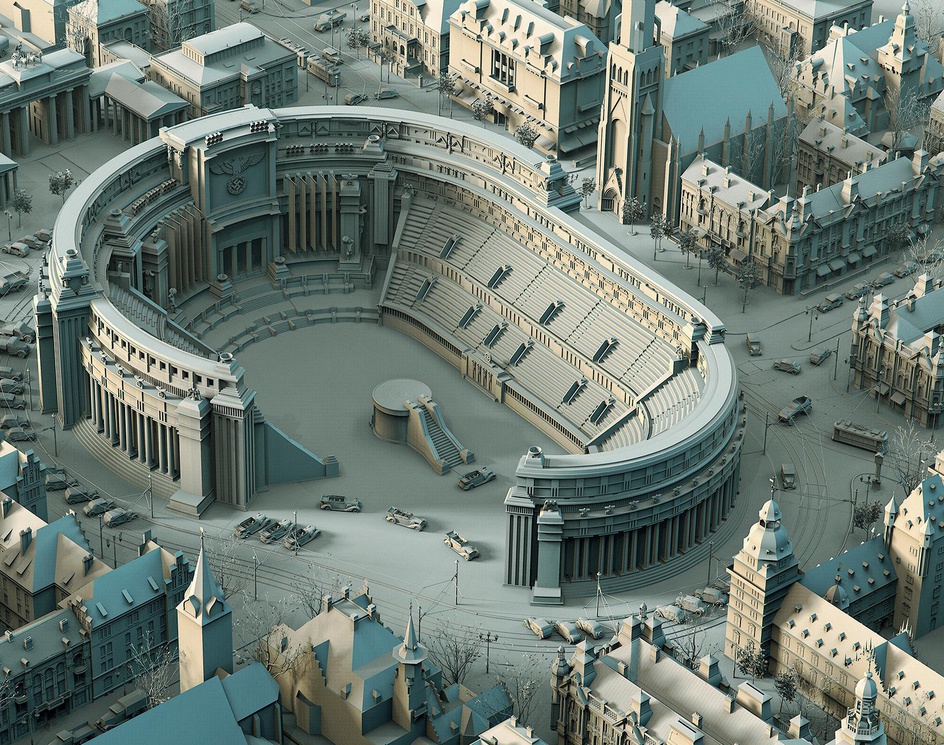 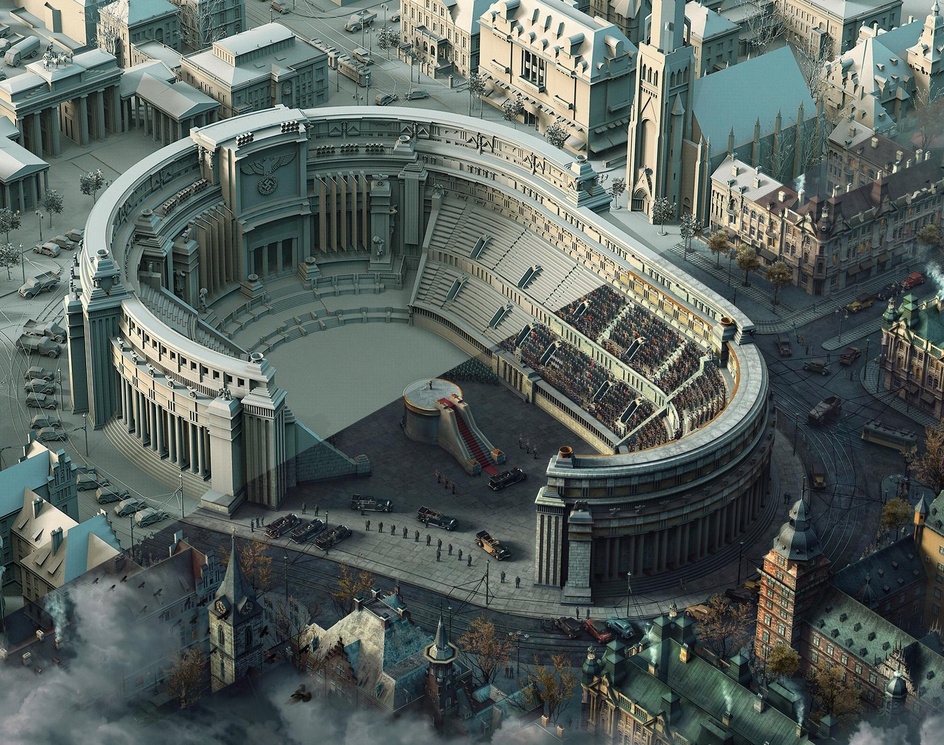 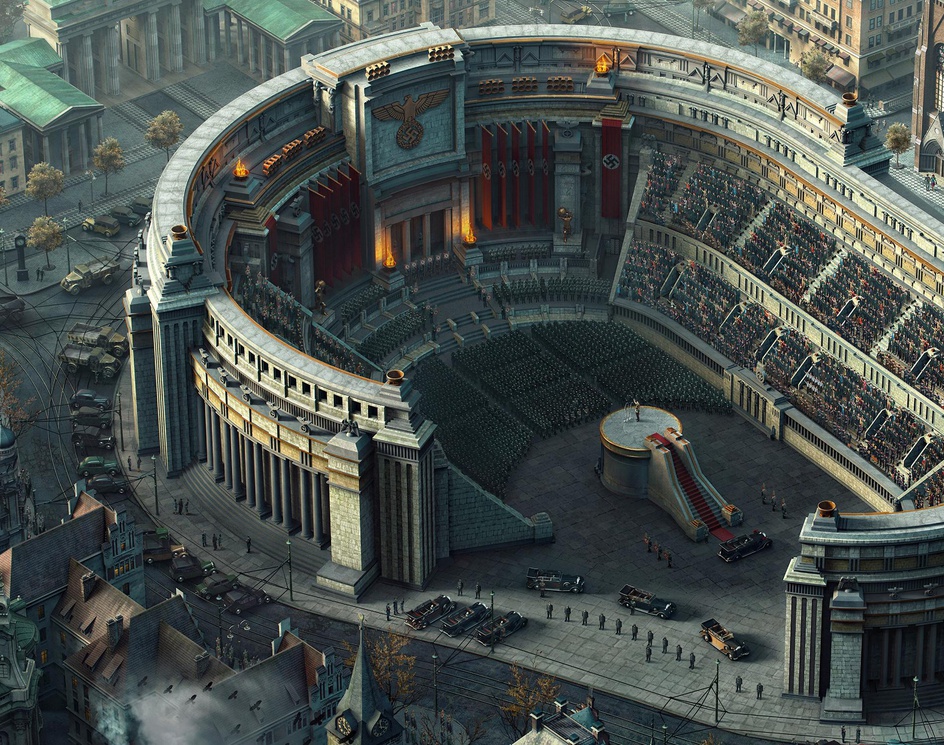 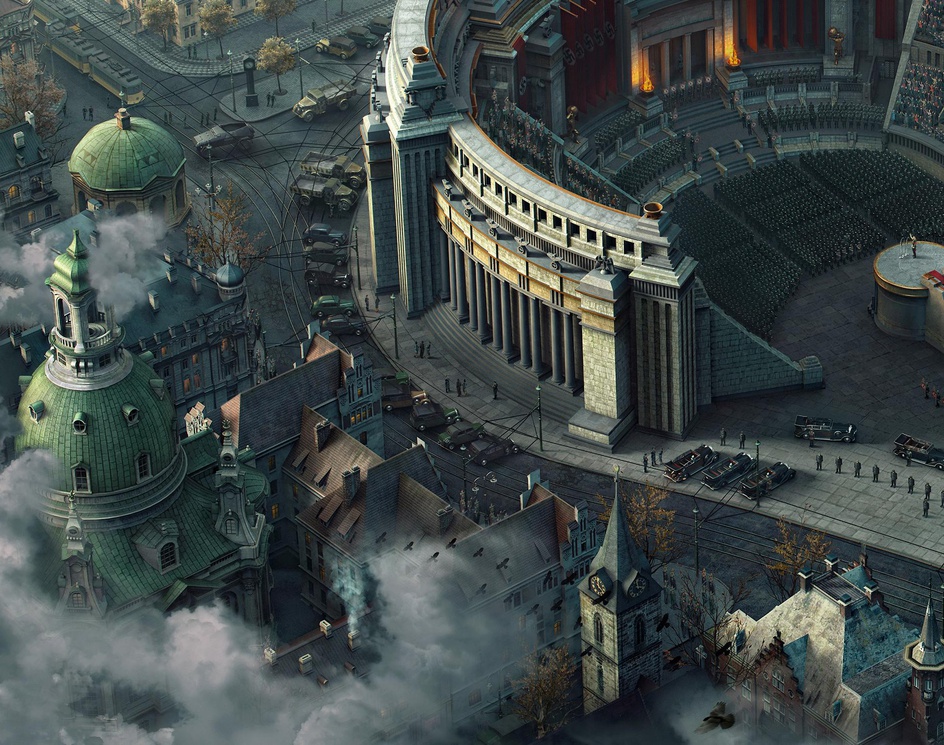 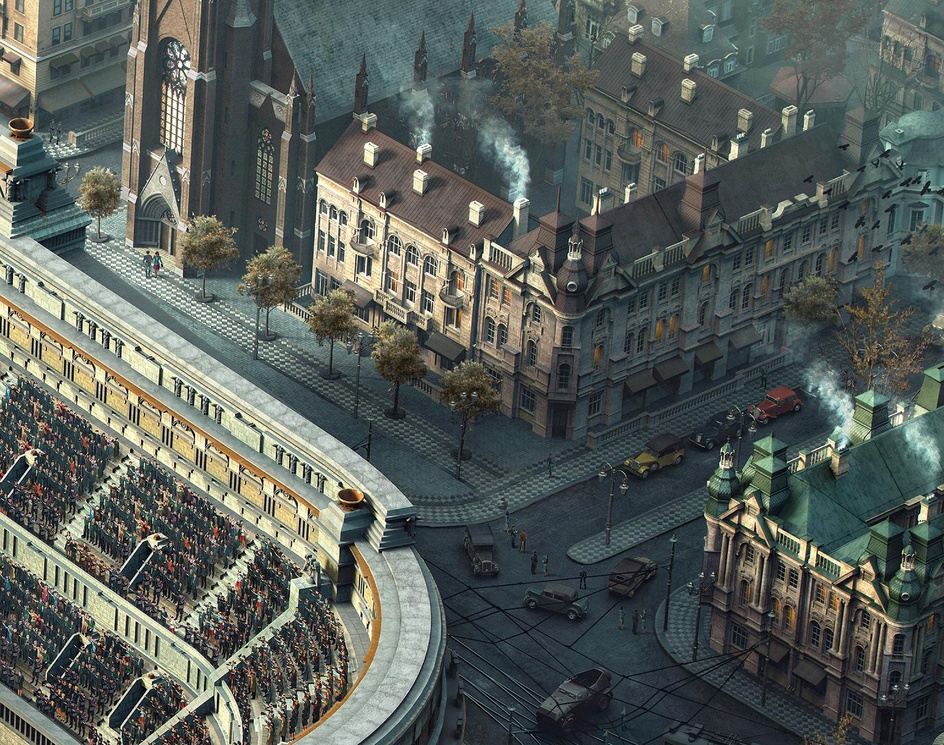 WORLD WAR II HISTORY
We wanted to convince people that Penguin Audiobooks can bring alive the world of a book, making for deeply immersive literary experiences. And we chose 'The Third Reich Trilogy' from our range of World War II History titles to illustrate this point. We put Hitler centre-stage giving a rousing speech to the Nazis in an ear-shaped arena in the centre of Berlin. This was brought alive with careful attention to the architecture, costumes, and the mileu of the city at war. From the Nazi motifs, to the city-centre cleared for Der Fuhrer, to the criss-crossing tram-, telegraph- and electric lines to the dark and foreboding atmosphere of a world at war.