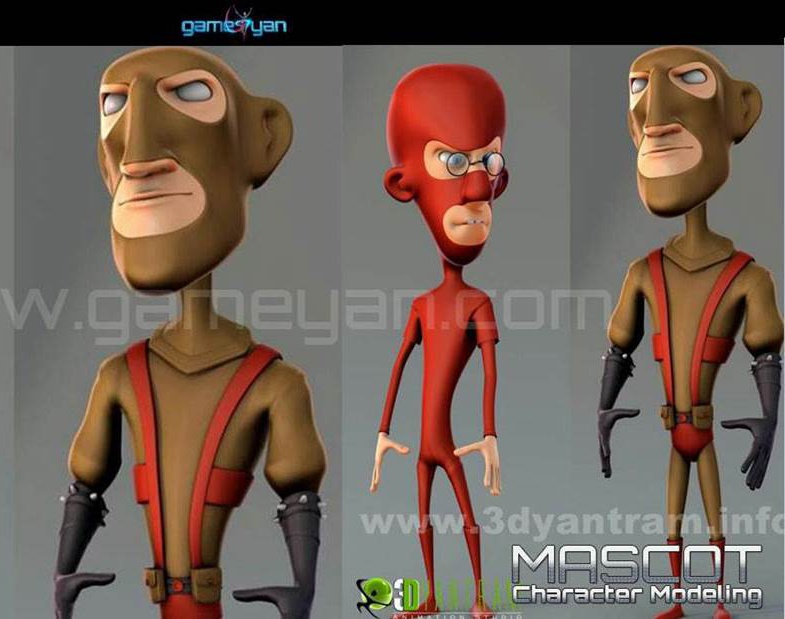 3D Character Modeling, Animation Rig done from GameYan – 3D Animation Studio. 3D Character Modeling Service cover a huge style of characters to stylized cartoonist. Whether its 3D modeling cartoon character or 3D anime character creator, all our 3D character models are created with high definition textures and enhanced with shading and lighting for optimum effect. We not only have expertise in creating powerful 3D Character Models but we also in modeling them within the technical specifications.